As part of the 25th Anniversary of Indiana Jones Adventure at Disneyland, we have a new release from the Disney Parks Funko Pop partnership. 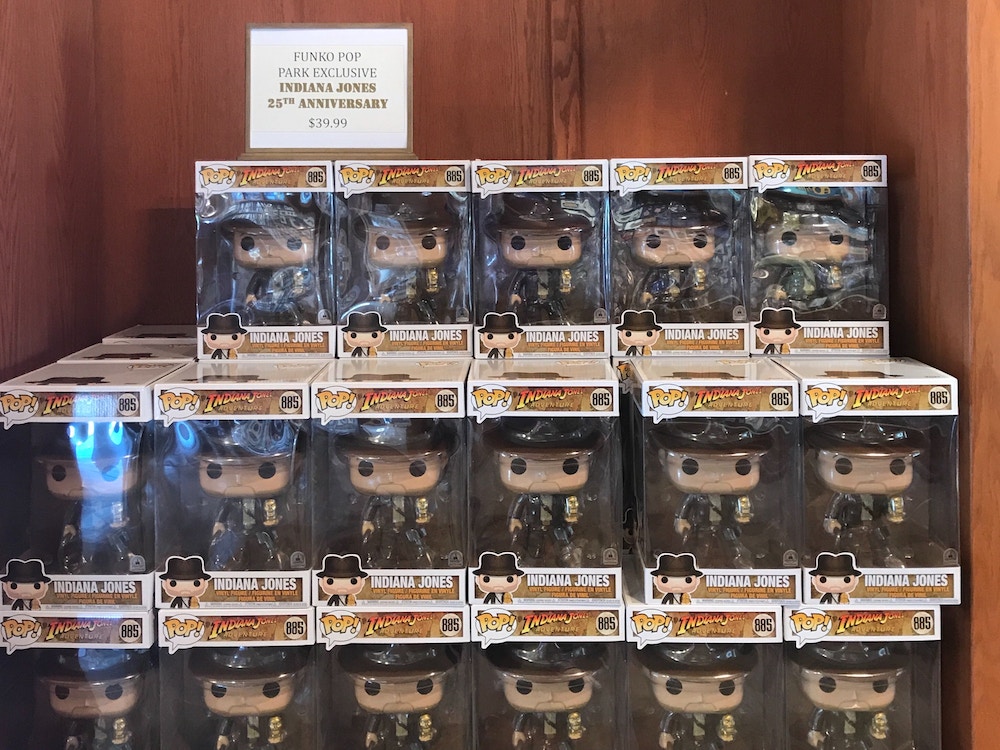 We caught Indiana Jones Adventure Funko Pop #885 this morning at Disney Springs, and our hero is looking as rugged as ever. He’s also quite the large Funko at about 10″ tall. 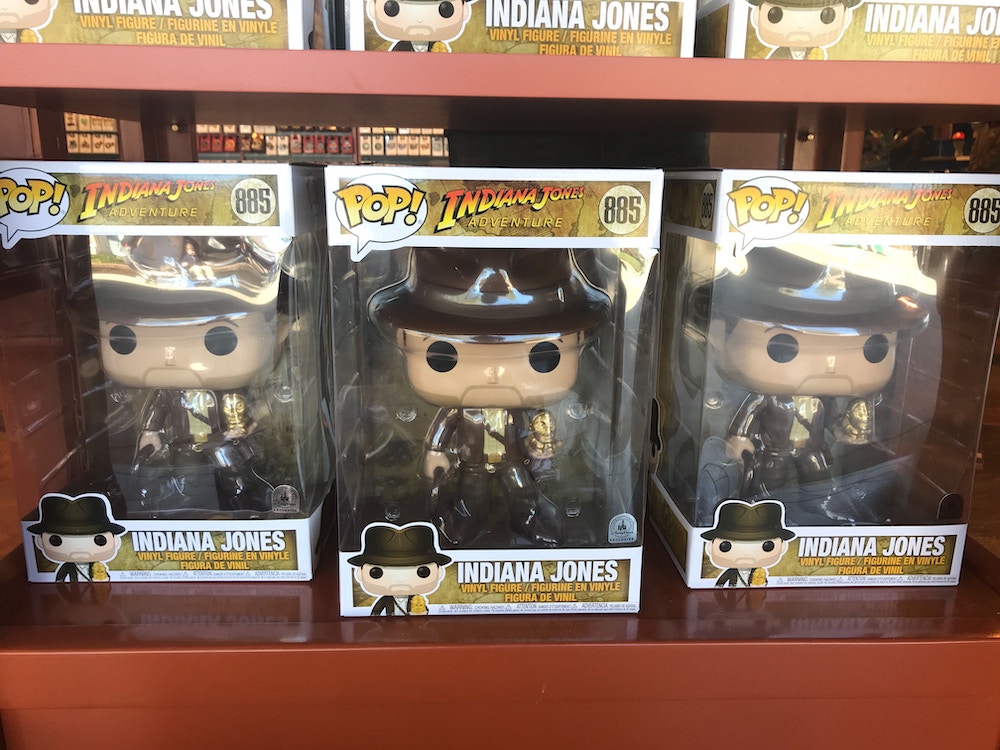 The packaging of the Funko Pop box features the Indiana Jones Adventure attraction logo. We can also see the Disney Parks logo stamped on the lower right hand side. 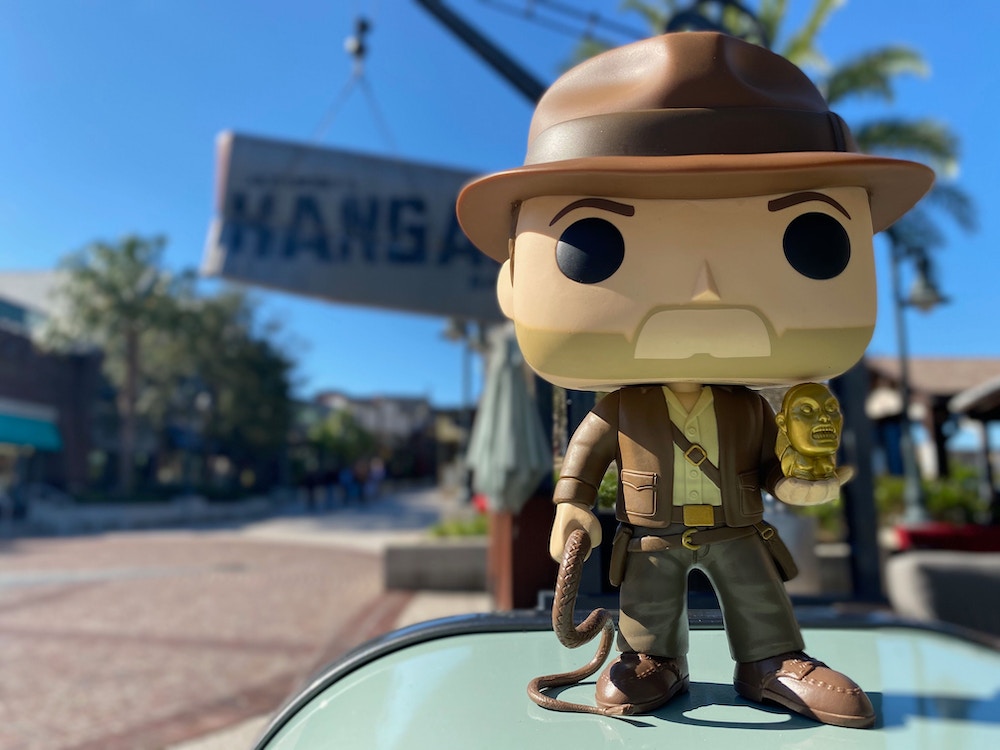 But, if we are taking Indiana Jones anywhere, or really, if he is guiding us, we are going to his favorite watering hole, Jock Lindsey’s Hangar Bar. 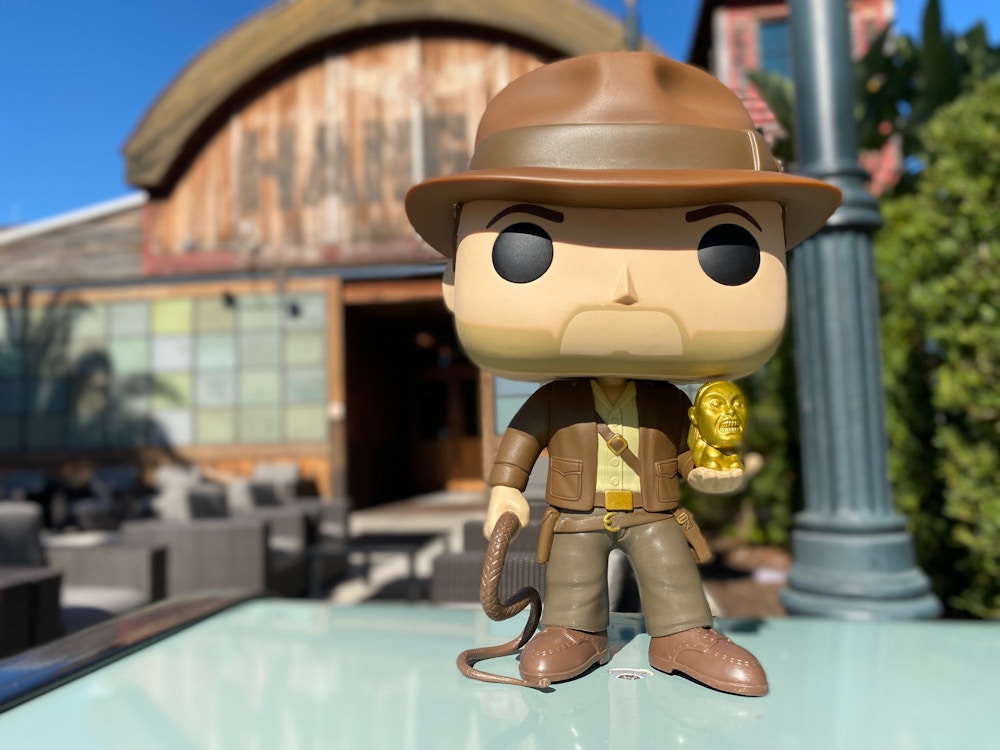 Indy is seen ready to crack his famous bull whip. Of course, he has signature hat on, because Indiana Jones never loses his hat. 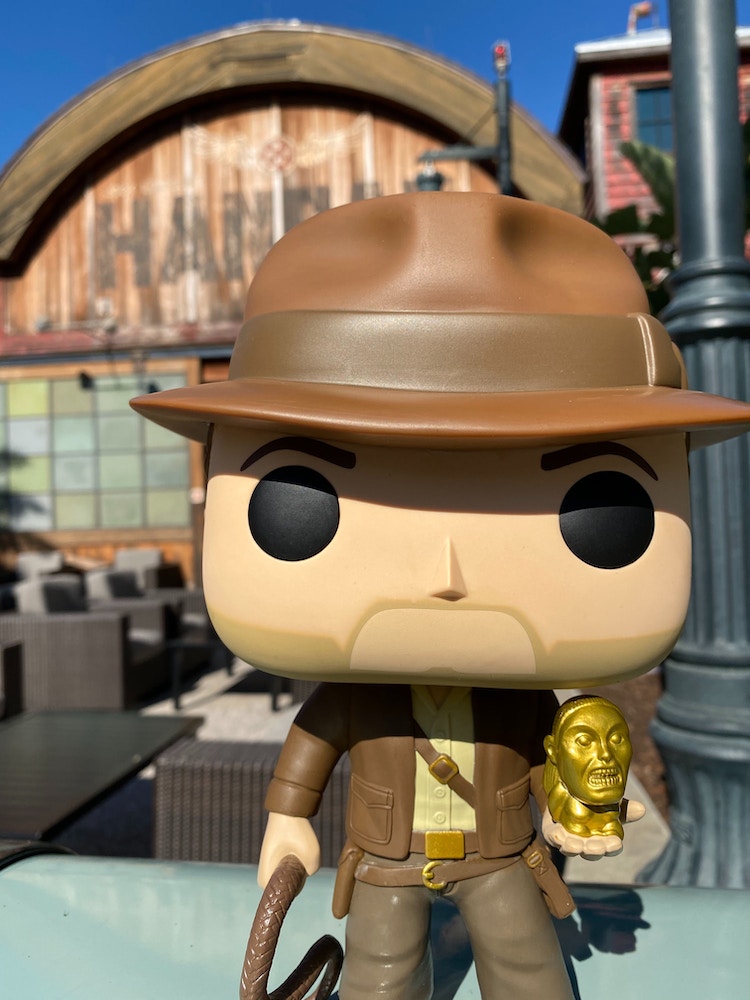 We can see Dr. Jones holding The Chachapoyan Fertility Idol, which was made famous in Raiders of the Lost Ark. 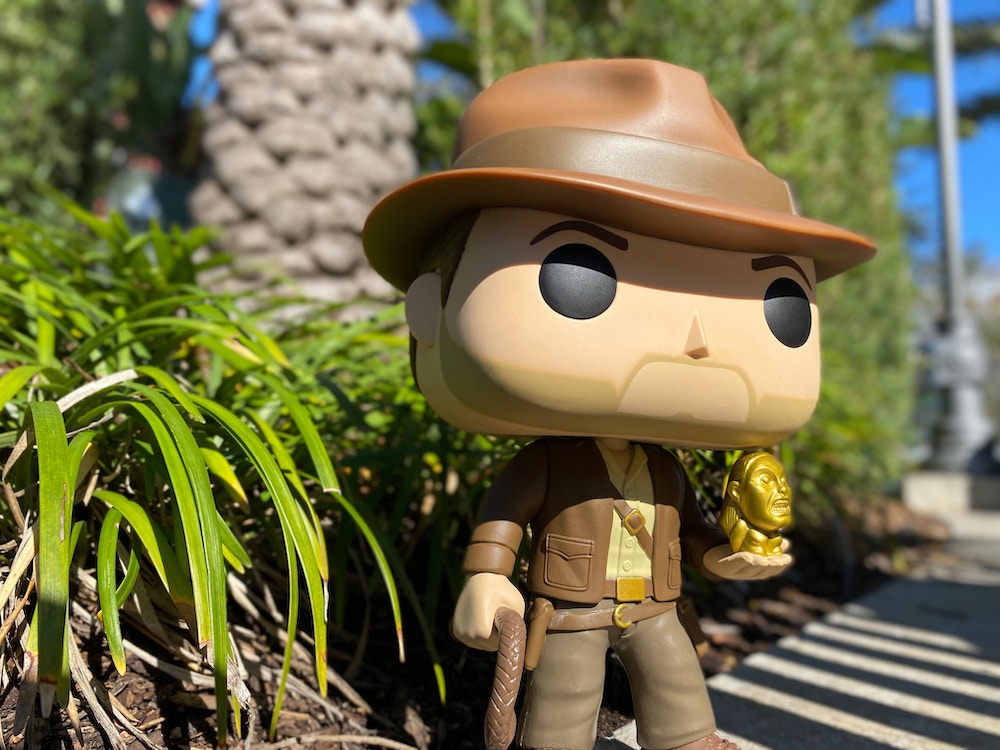 This is the third Indiana Jones–themed Funko Pop to arrive at Disney Parks over the last few years. Have you been fortunate enough to pick up all three? Which one is your favorite? Personally, the ride vehicle Indy is pretty sweet, but this is an excellent addition to the arsenal.