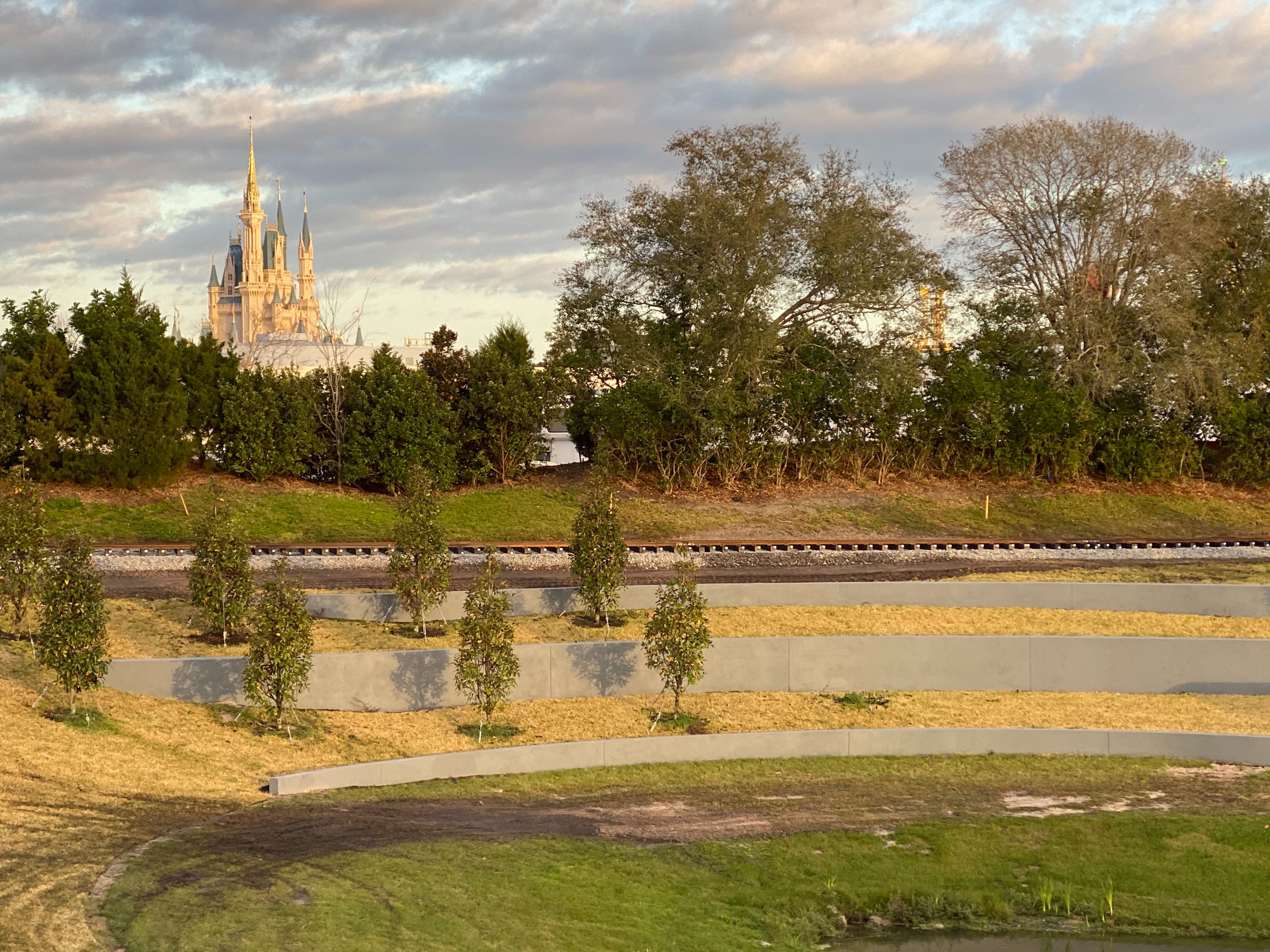 As the Walt Disney World Railroad’s closure at the Magic Kingdom now stretches past a year, we are finally getting some of our first opportunities to see long stretches of new track in place along the 1.5-mile loop. 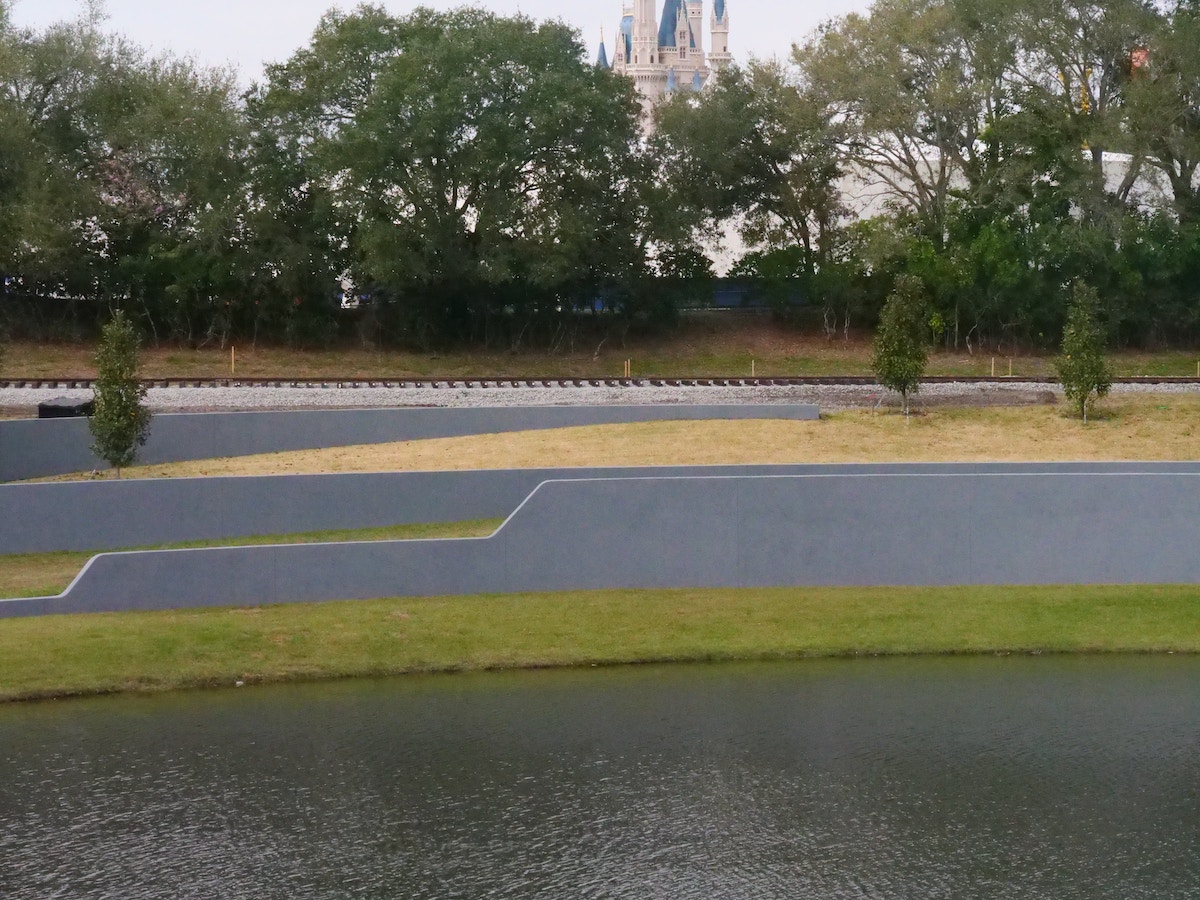 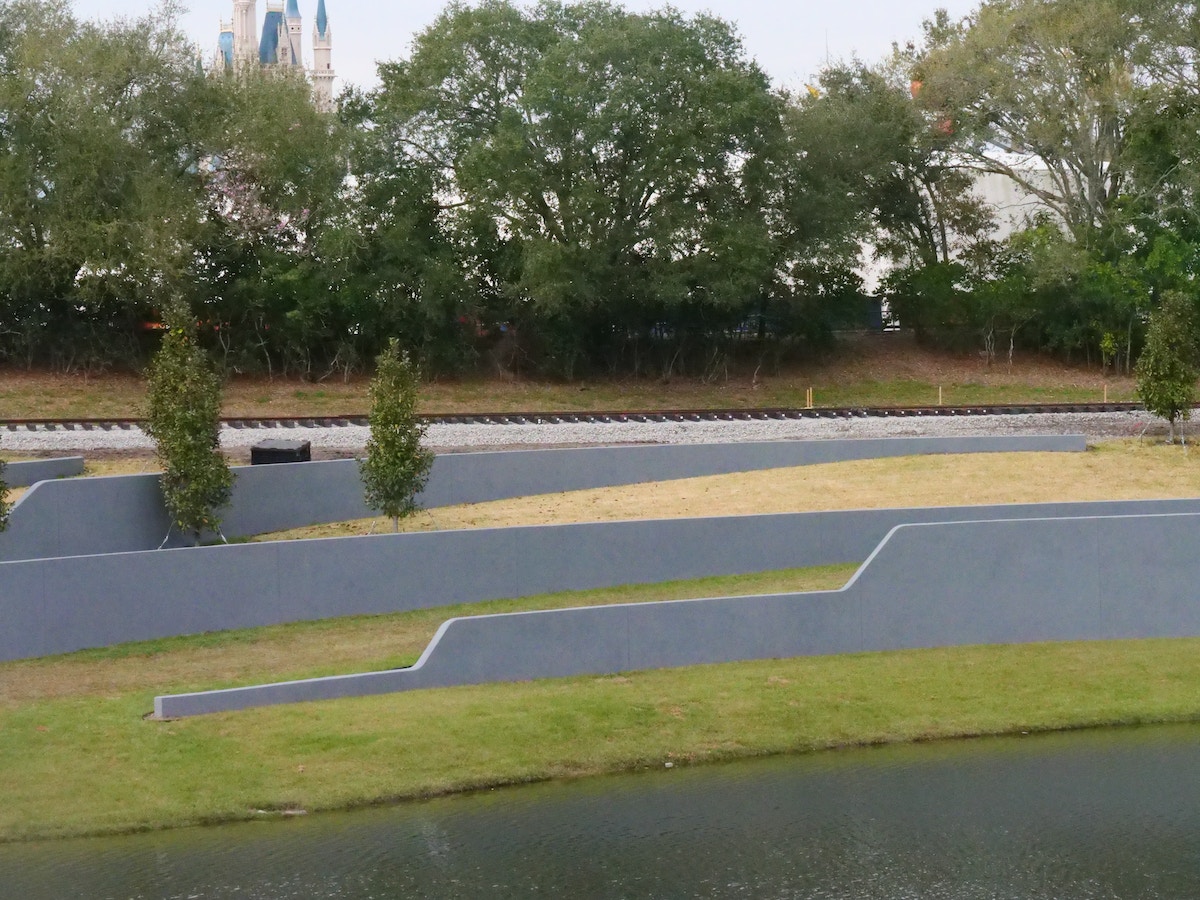 While the construction of TRON Lightcycle Run has been billed as the reason for the railroad needing to cease operation, the time has also been used as an opportunity to refresh the track and the trains themselves. 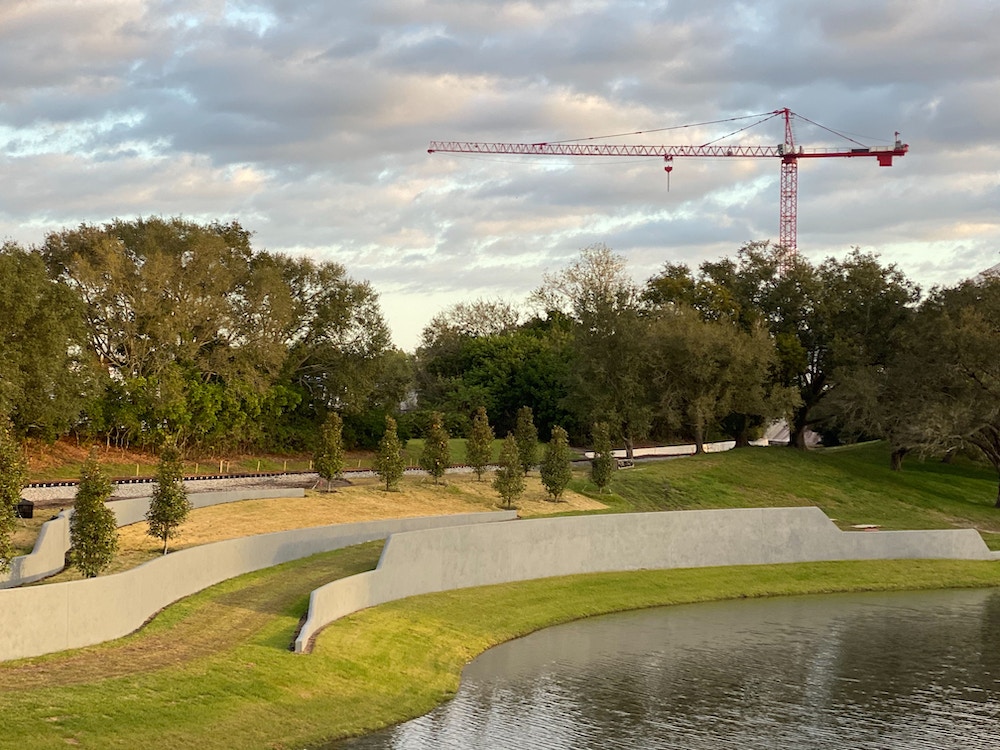 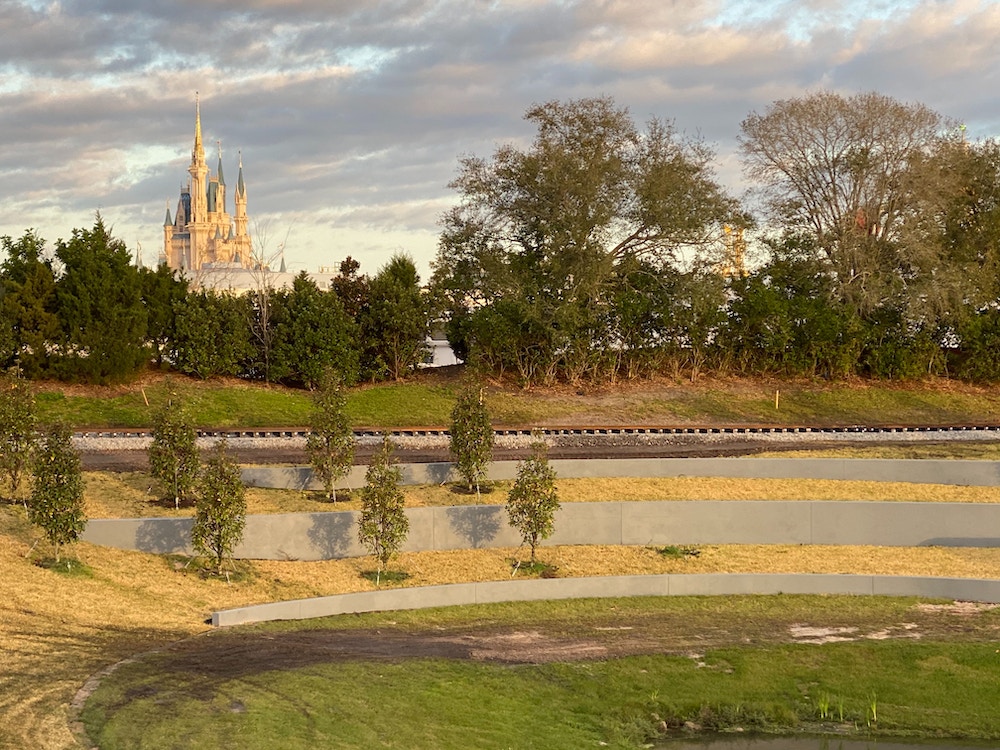 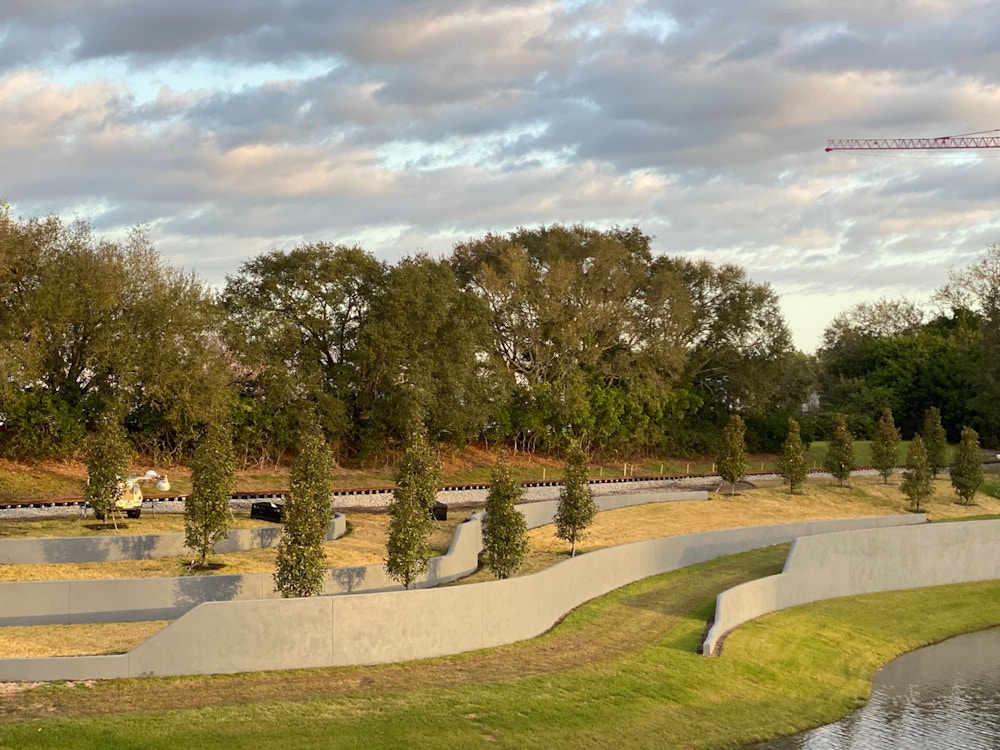 This stretch, one of the few that are fully visible when not riding the train, has had new rails and ties installed recently. 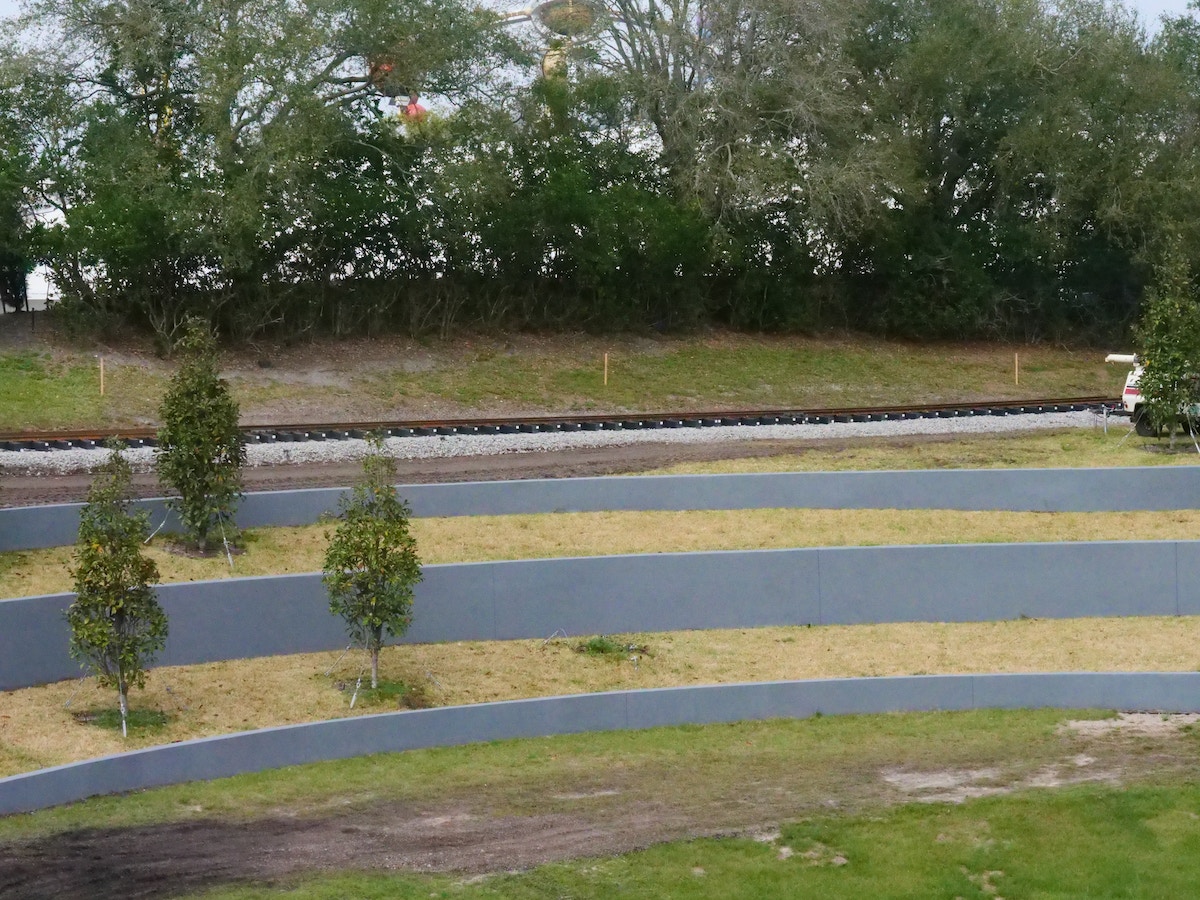 It also appears that new rocks were laid under and around the new track. 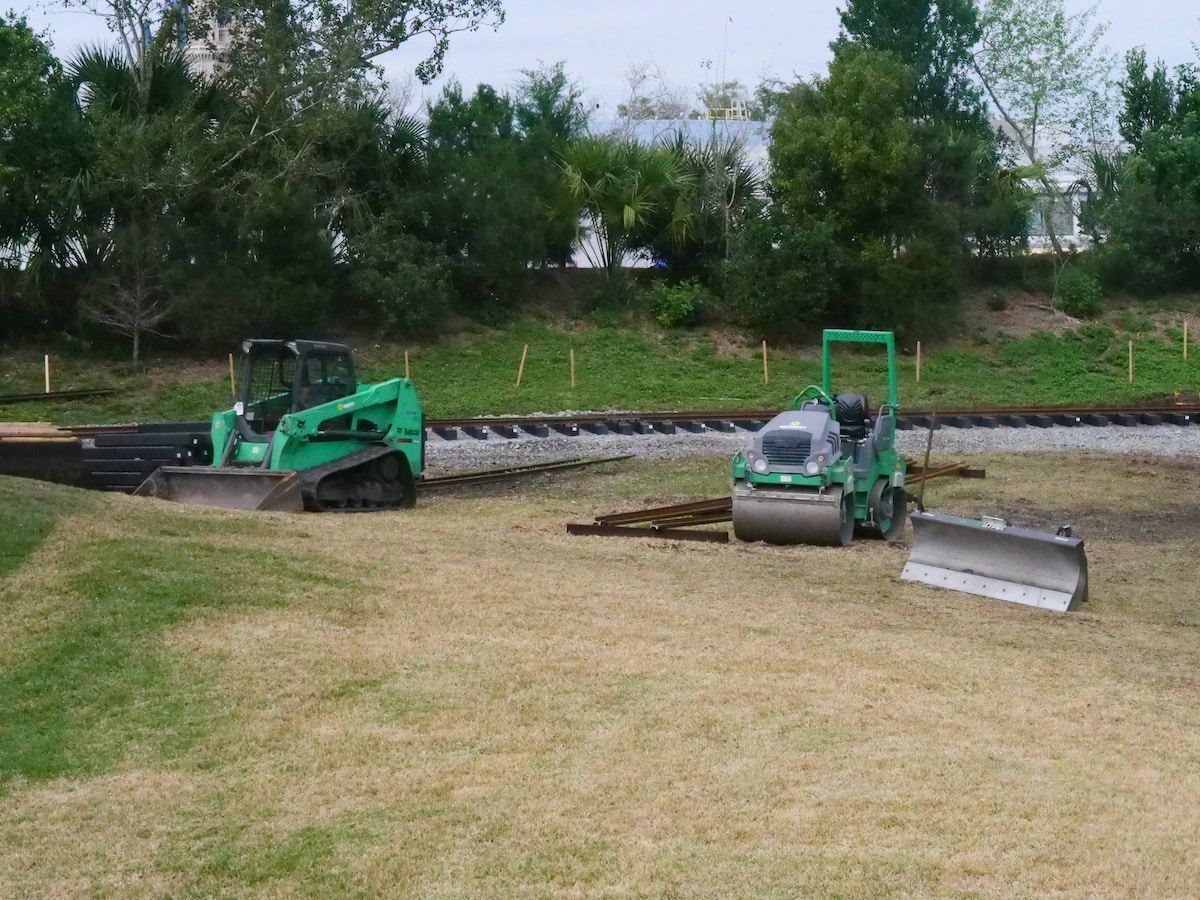 Equipment used for moving and setting the track is still on site, as they continue down the line. 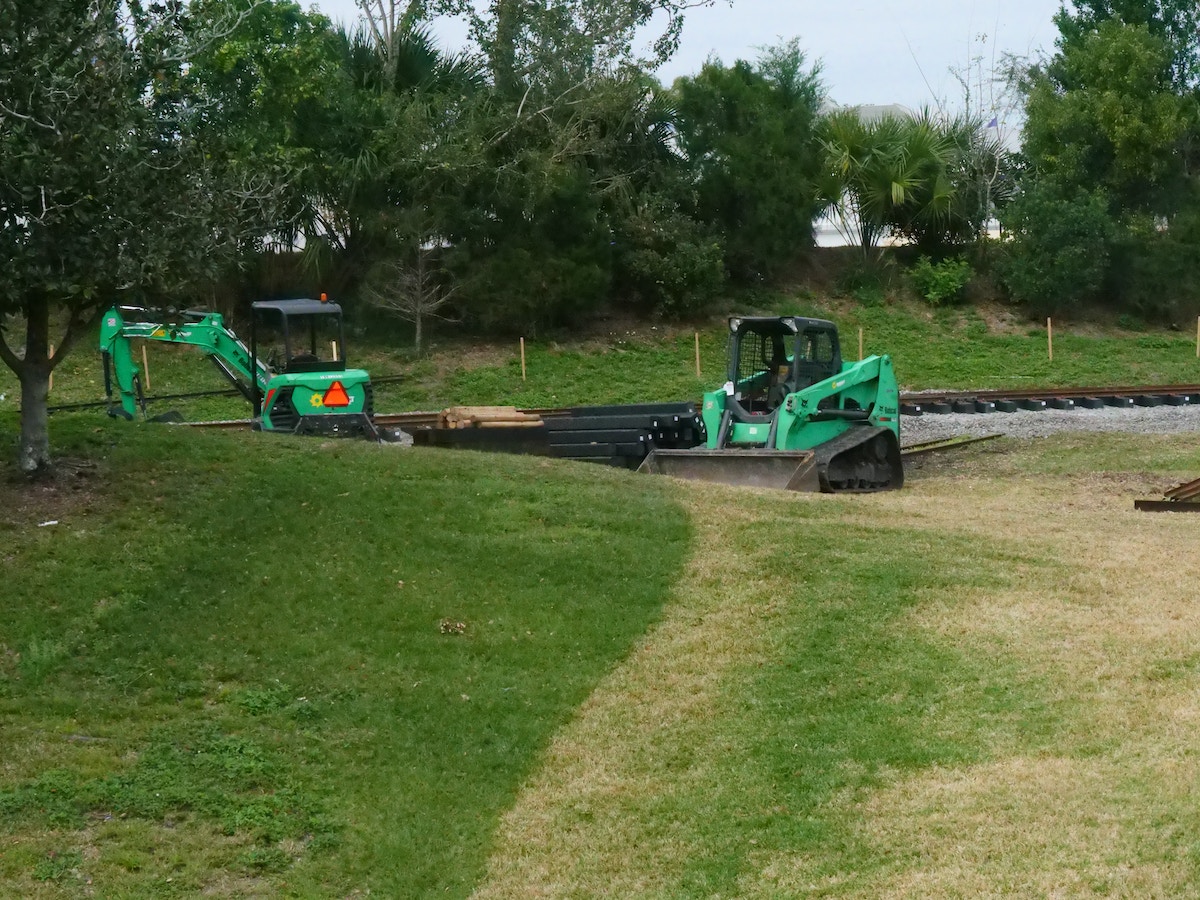 A stack of ties (the wooden beams set underneath the rails themselves) is nearby, ready for installation in the coming days. 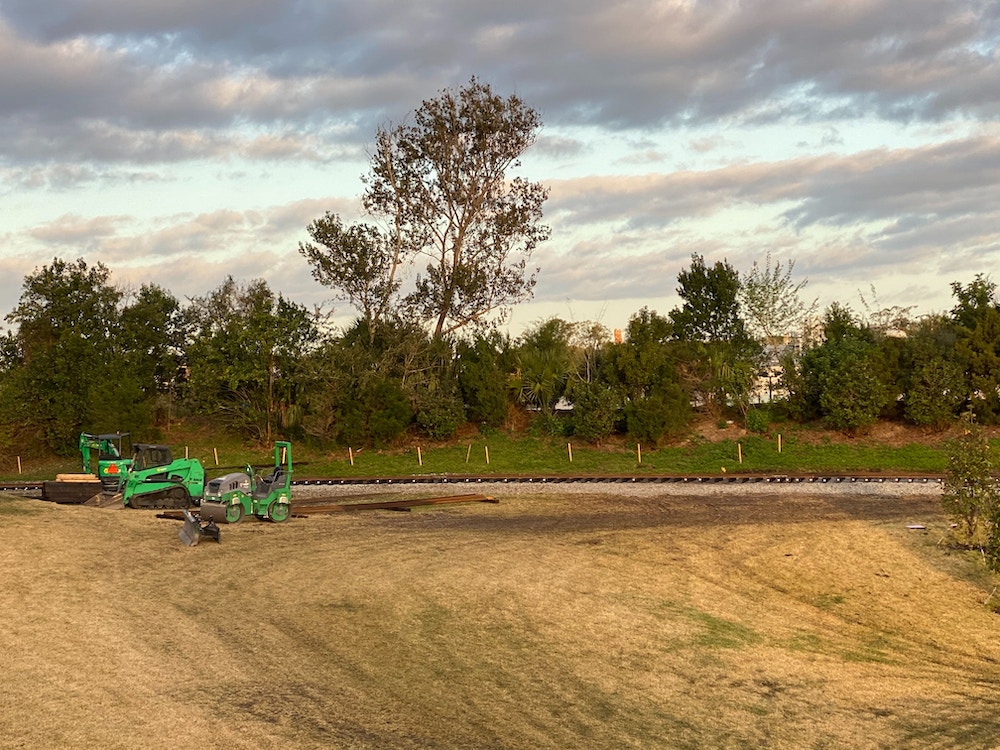 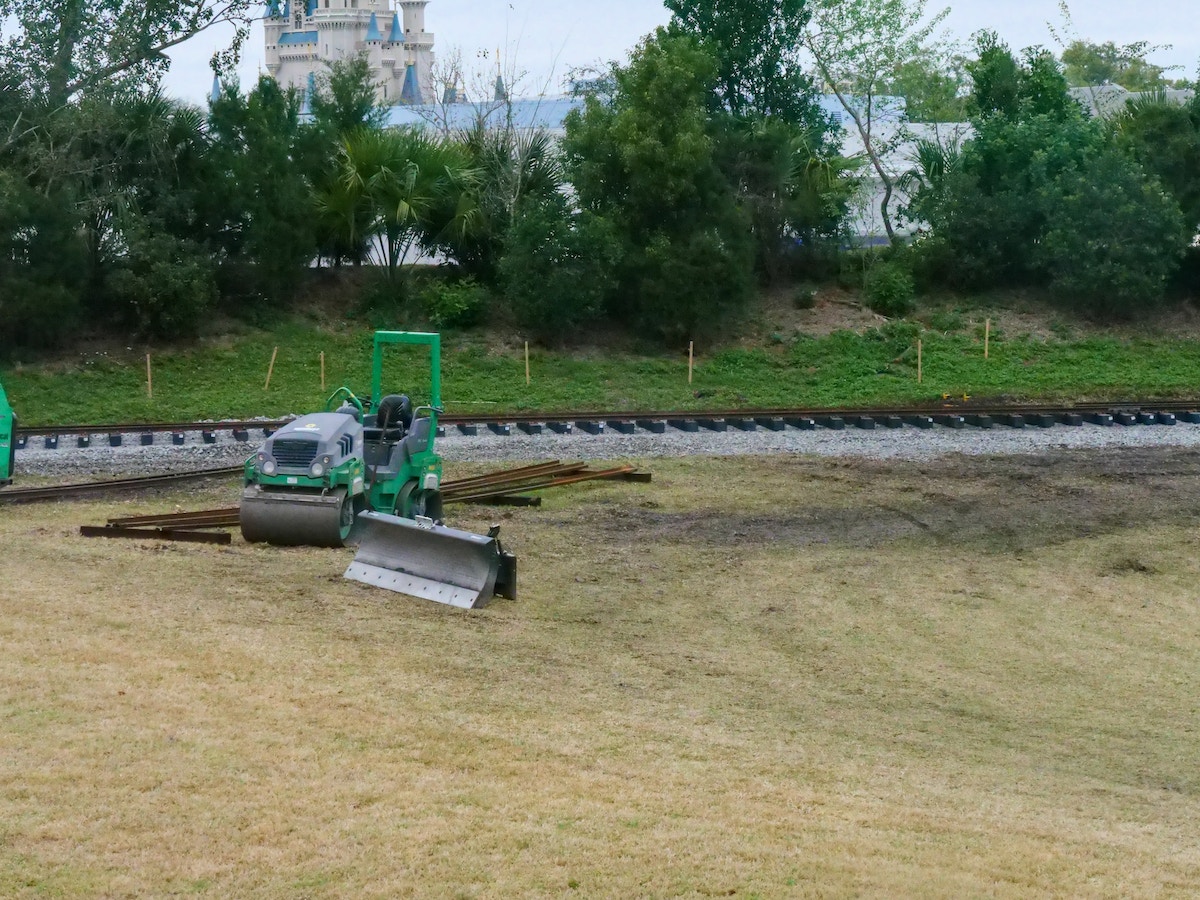 Segments of rail are also at the ready in the grass nearby. 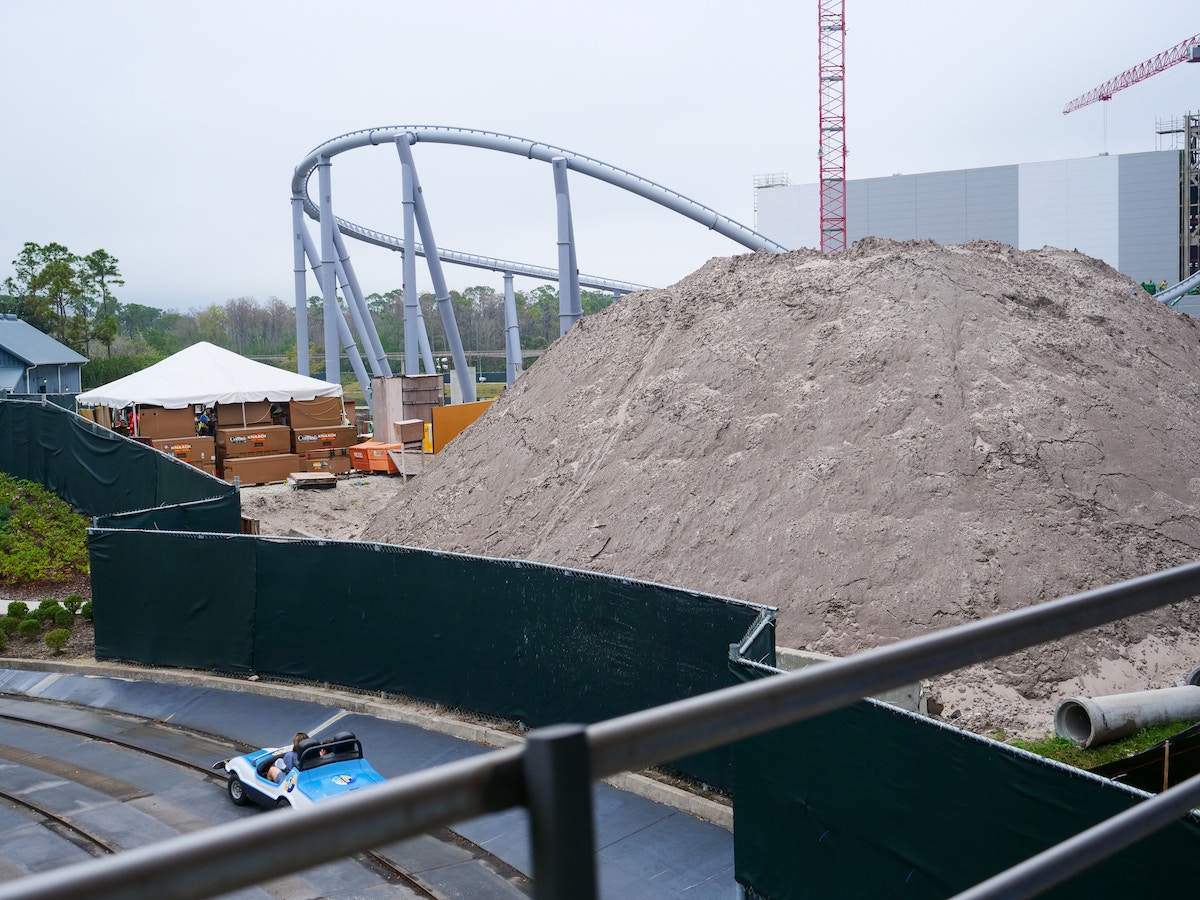 Finally, in Tomorrowland, the berm which is expected to separate the railway and the land (and the attractions within such as Tomorrowland Speedway) has grown quite a bit over the last few weeks, though it certainly won’t remain in its current state for long. The dirt pictured will most likely be redistributed for TRON Lightcycle Run’s construction, and the final product should be much more presentable.

Are you excited for the eventual return of the Walt Disney World Railroad? Let us know your thoughts in the comments!