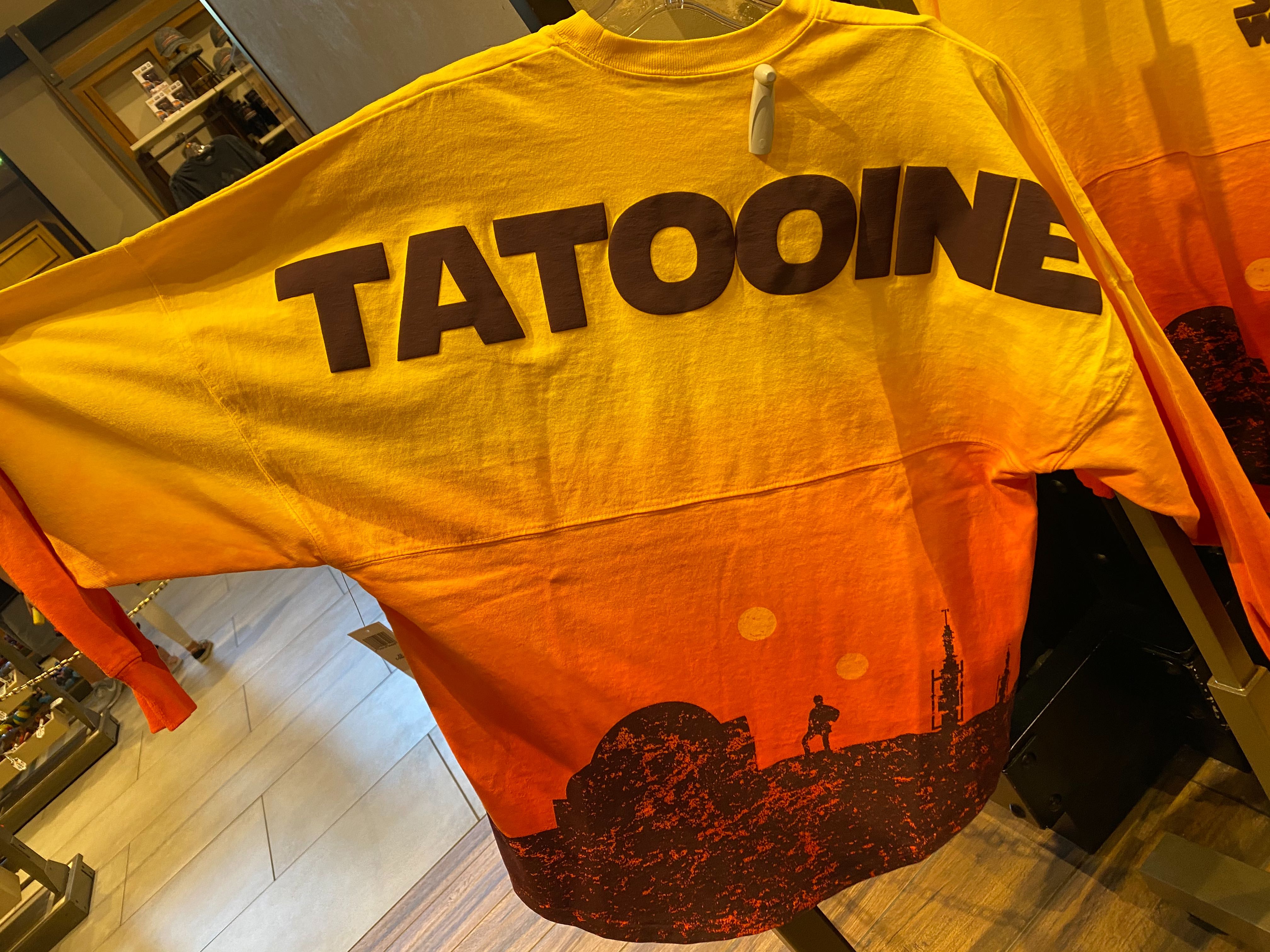 The planet that Anakin and Luke Skywalker once called home has been immortalized on a new spirit jersey available at the Downtown Disney District. 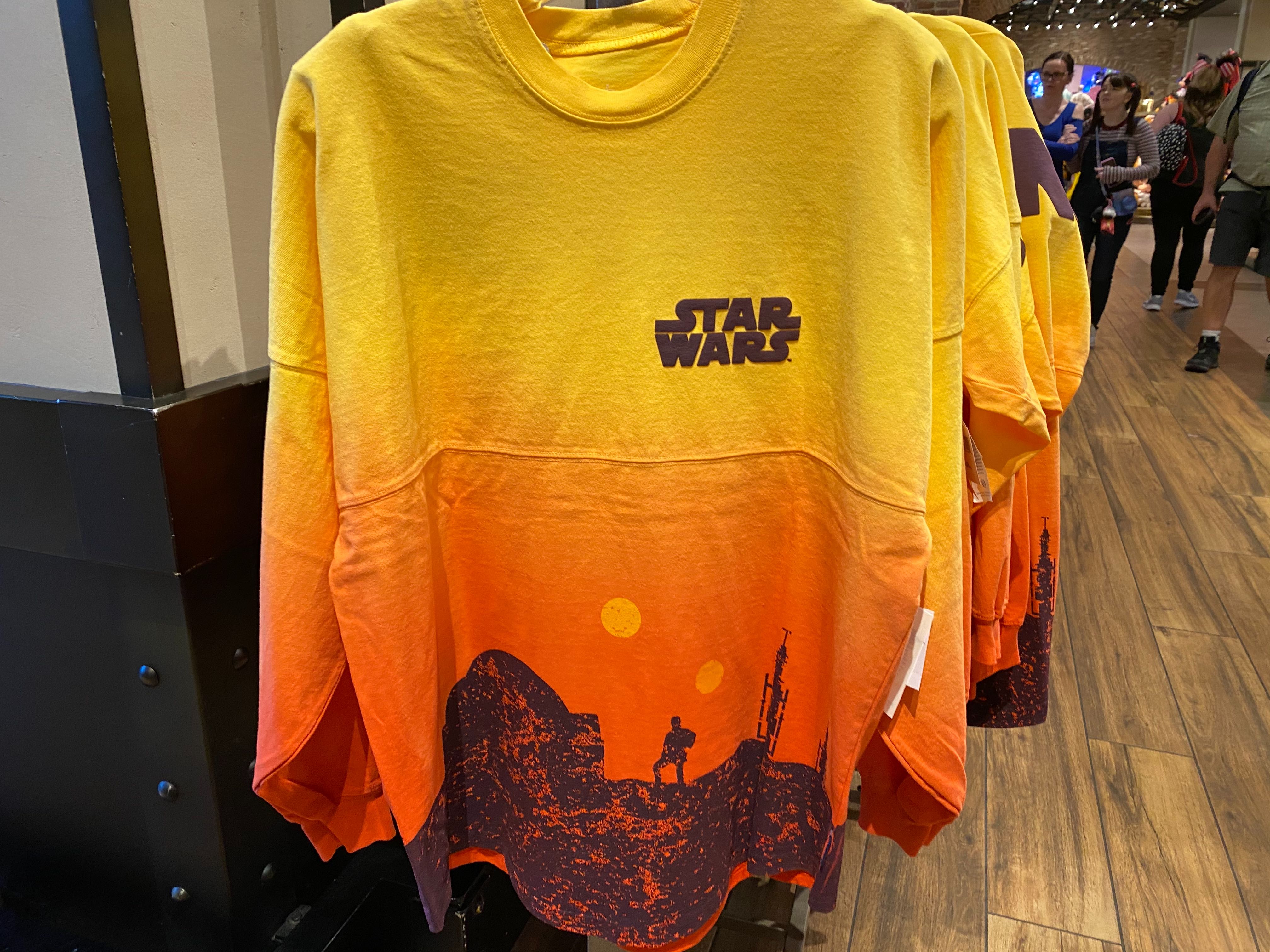 Tatooine is the latest planet from the Star Wars saga to get the spirit jersey treatment, joining Hoth, which we found last month. 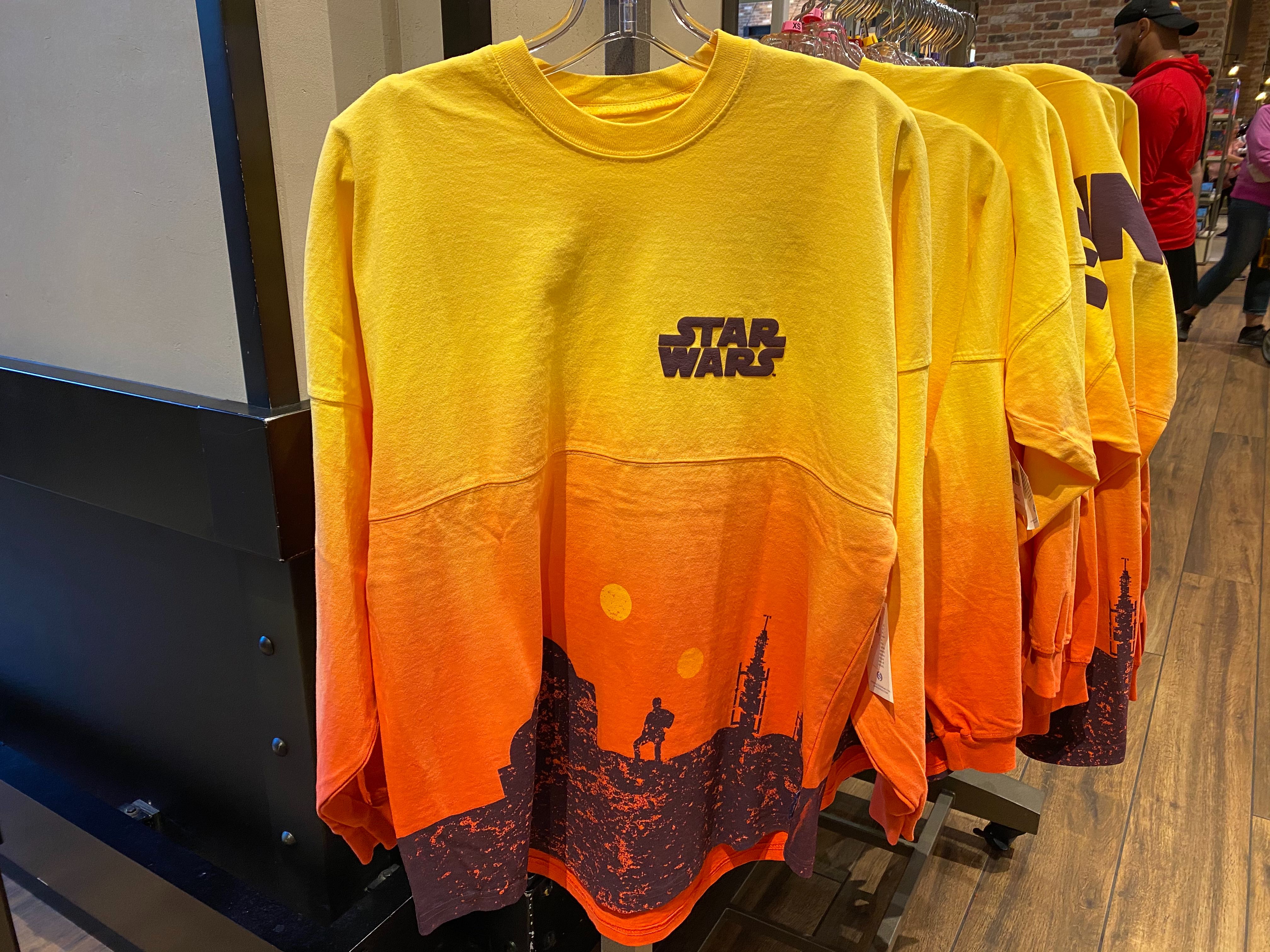 The yellow-and-orange jersey features a silhouette of Luke Skywalker on Uncle Owen and Aunt Beru’s moisture farm as he looks out to the twin suns, a pose Mark Hamill made famous in Star Wars Episode IV: A New Hope. 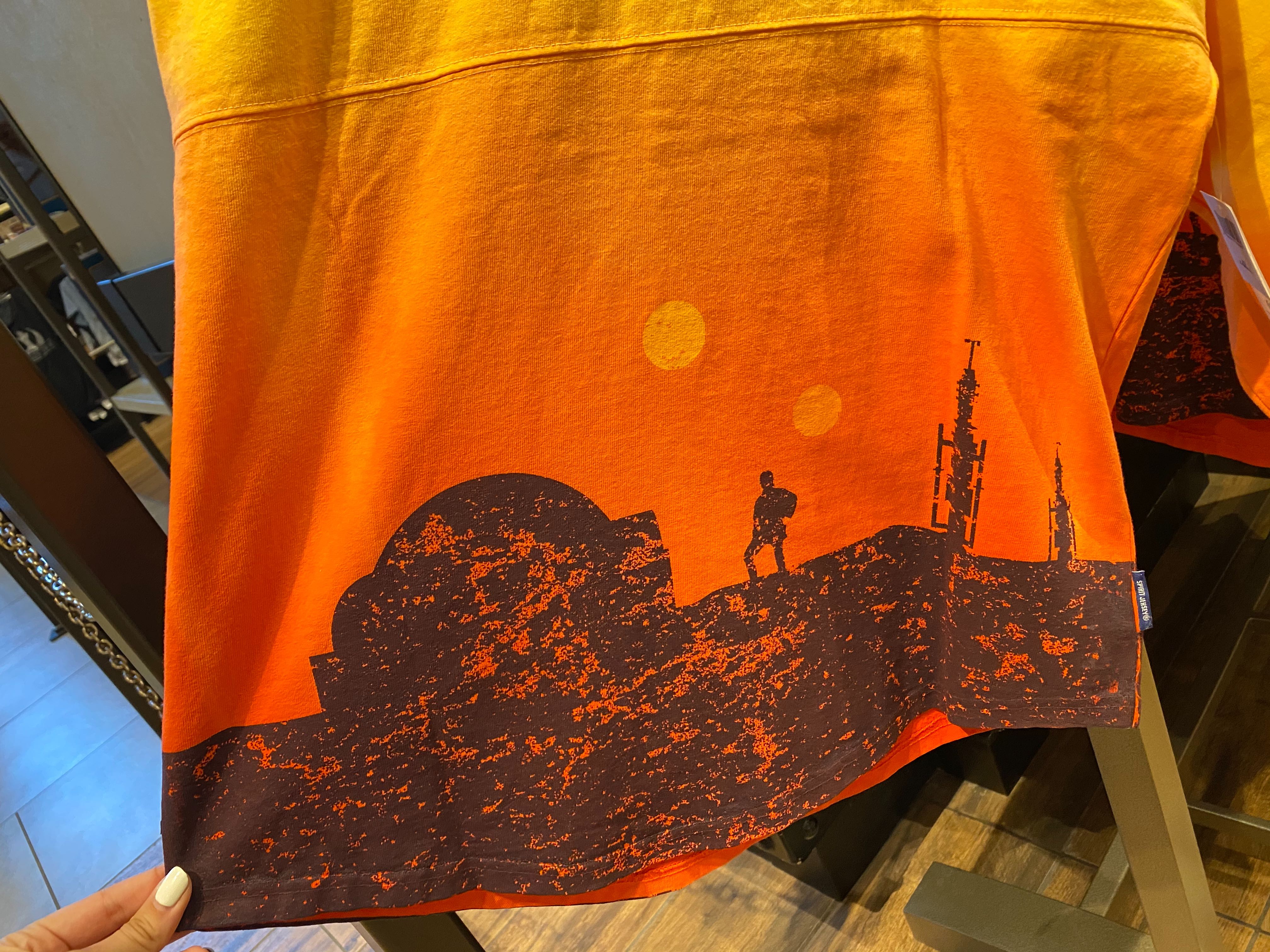 The back features the same artwork, with “TATOOINE” written across the top.

If the Hoth spirit jersey was for fans of The Empire Strikes Back, this one is perfect for lovers of A New Hope. 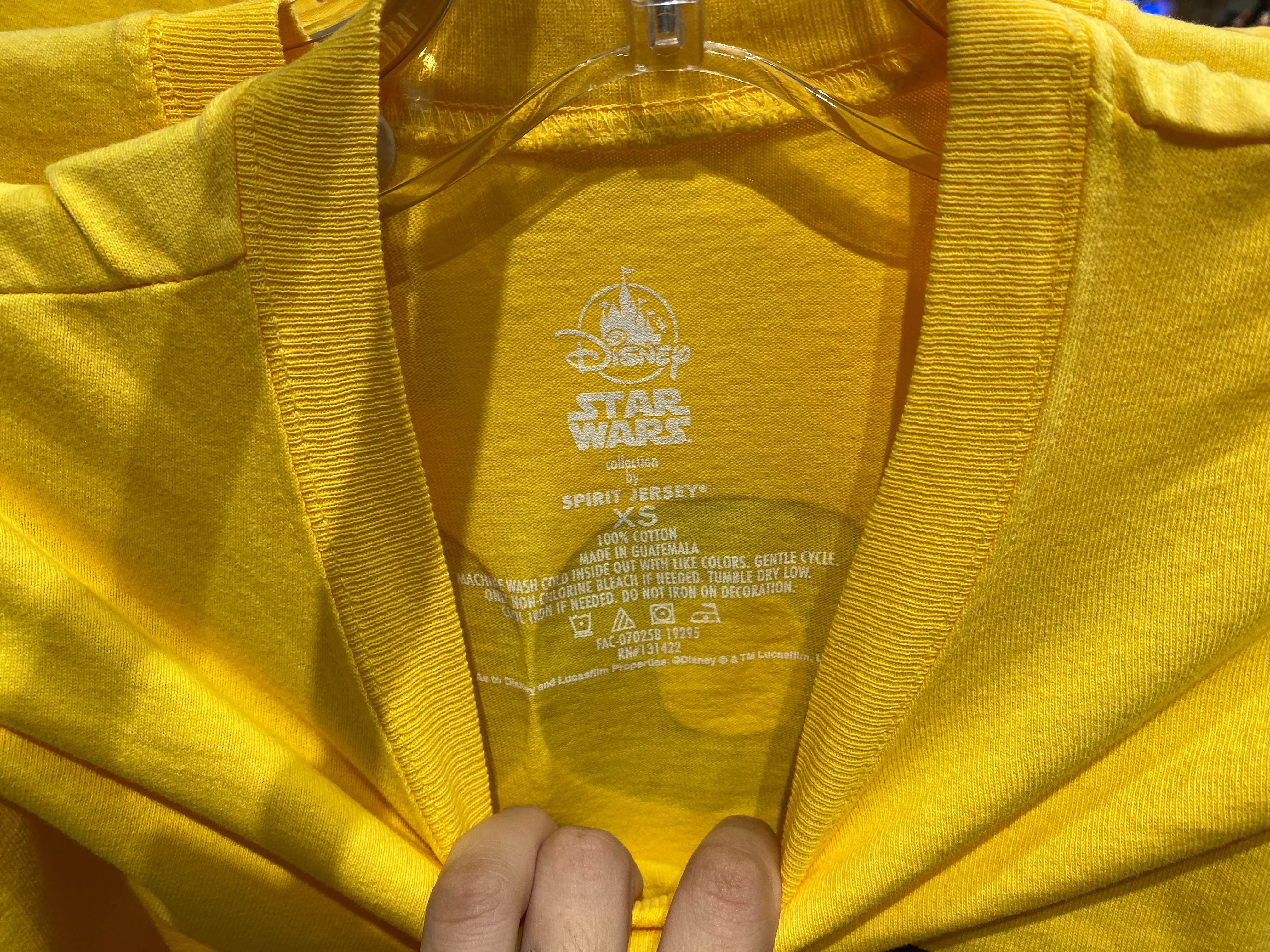 The spirit jersey retails for $69.99, and can be found at World of Disney.

Which planet do think should be next in the series? (I’m hoping for Endor or Dagobah, myself.) Let us know in the comments below!

Next
PHOTO REPORT: EPCOT 2/14/20 (Valentine’s Day Around the Park, New Park Signage, A Shoe in an Escalator, and More)