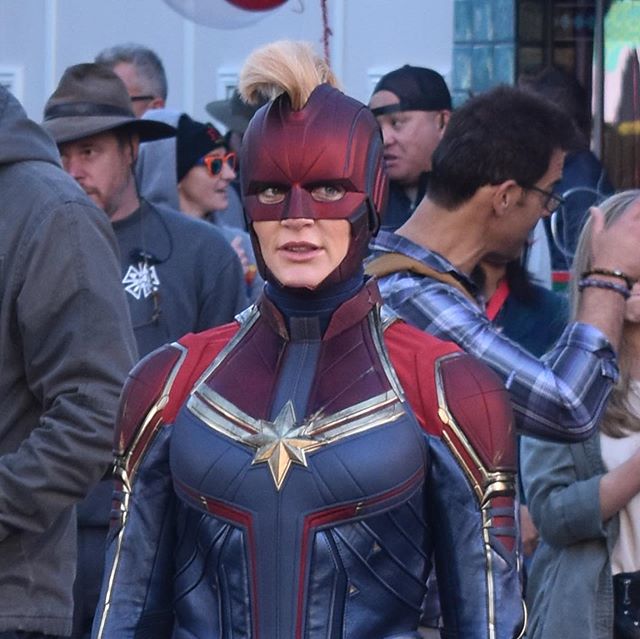 With auditions well underway for the MARVEL Avengers Campus coming to Disney California Adventure, Instagram user DLR 4K Videos recently spotted a buzz of activity, which we assume is in relation to the upcoming Marvel attractions coming to the park.

Outside the Hyperion Theater in Disney California Adventure, some promotional videos were being filmed, featuring none other than Captain Marvel. We expect that this will be advertisement for the MARVEL Avengers Campus, which is opening this summer in the park.

It’s also worth noting the edgy new look Captain Marvel is sporting for this occasion. With a new suit and hairstyle, it’s likely Disney is going for a more epic image for the new land, over the look we’re used to seeing at the current Captain Marvel meet and greet in Hollywood Land. It’ll be interesting to see whether any of our other heroes will have new outfits and styles as well once the campus is open.

Stay tuned to WDWNT for all the latest news on the Avengers Campus as we hear it. In the meantime, have you seen this amazing Spider-Man “Stuntronics” robot, which will be swinging from the rooftops in the land?