The EPCOT Guidemap has once again been redone to catch up with all the changes happening around the park. In the January 17–24, 2020 map, we see a mix of what’s currently available in the park, while hinting at what’s to come. 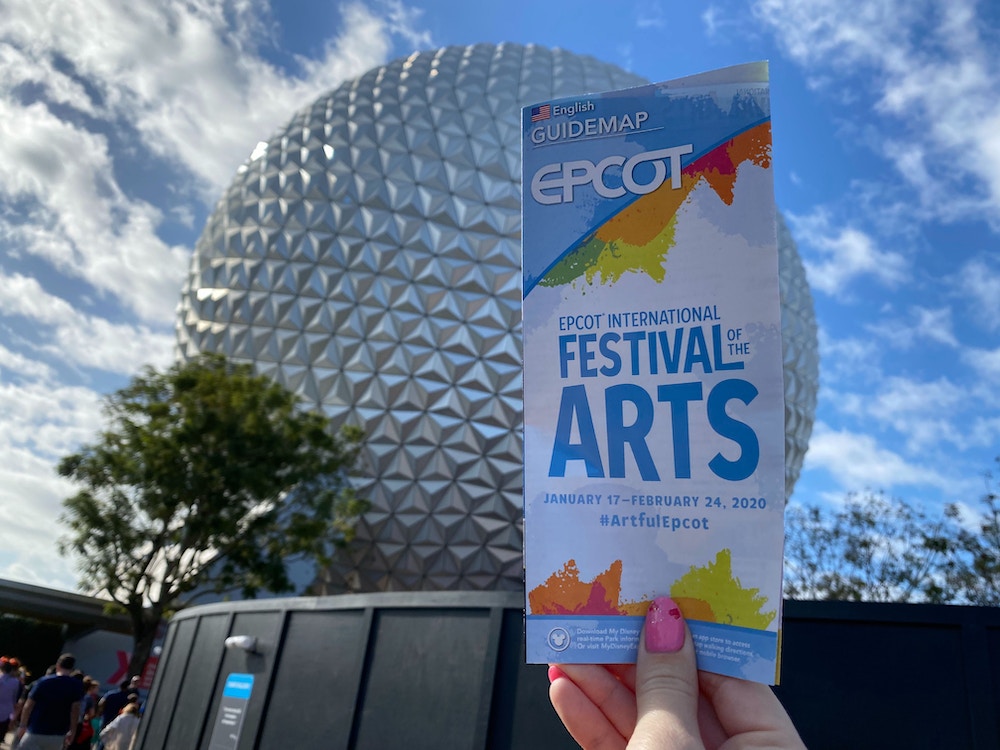 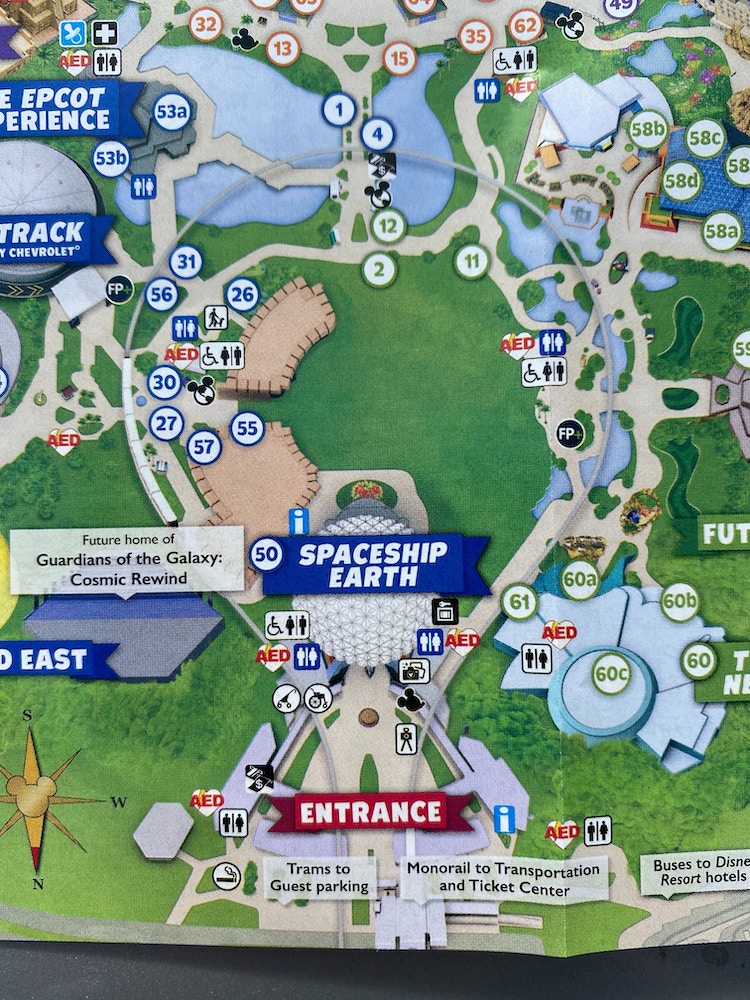 At the bottom of the map, we see the new pathways. We also see the area just north of Spaceship Earth has been cleared to green space due to the demolition of Innoventions West. What’s not shown: the miles of construction walls. 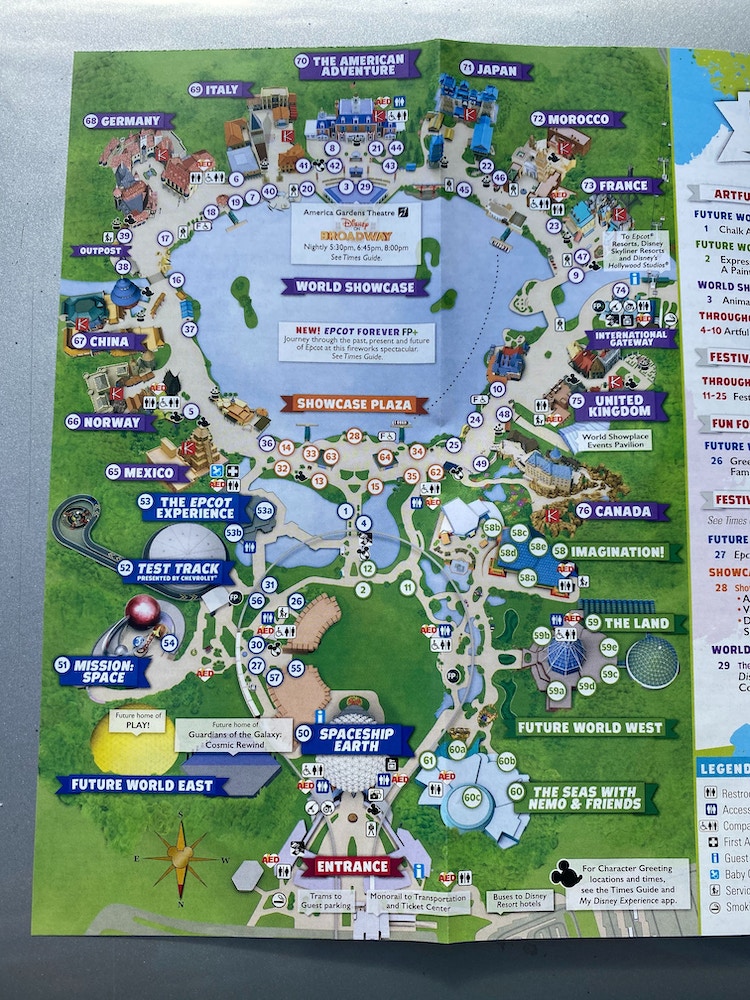 Moving to the left of the map, we see a teaser of the PLAY! pavilion. The EPCOT Experience is a bit above that. However, we still don’t see a teaser to Moana – Journey of Water or the new sections of the France pavilion.

Obvious but important map tip: always remember to look at the compass to get your bearings. Even though you might think you’re looking north in the map, the compass to the bottom left actually shows the top of the map faces south. 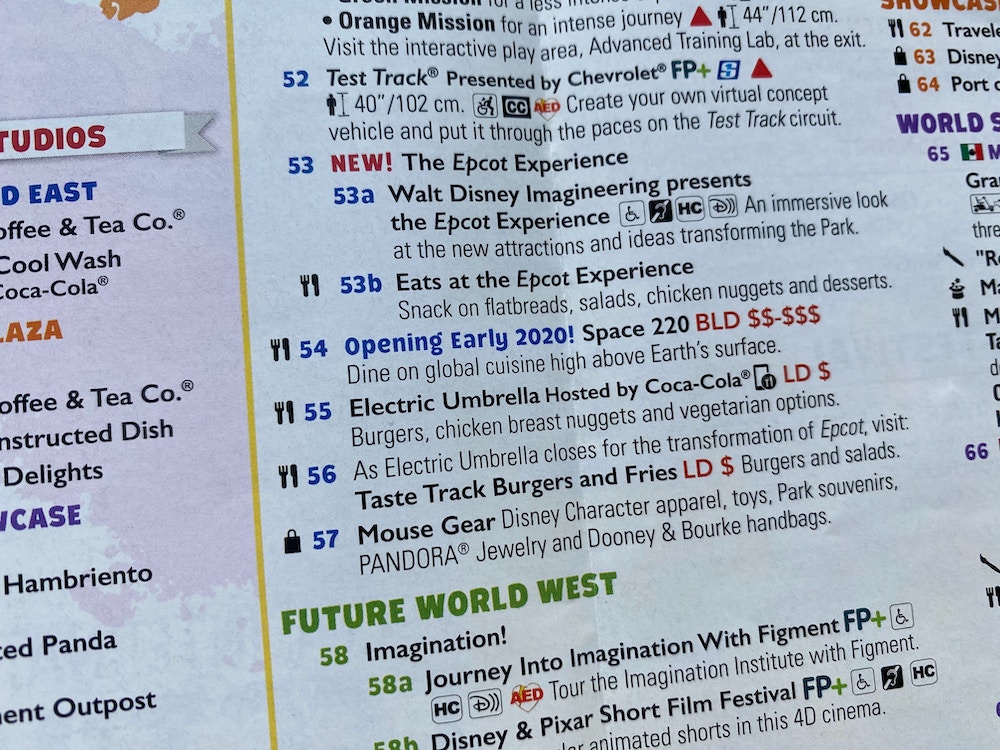 According to the map, both Regal Eagle Smokehouse: Craft Drafts & Barbecue and Taste Track Burgers and Fries will be open February 17. You can see Taste Track listed as number 56. It is a low-cost option that will feature burgers and salads. 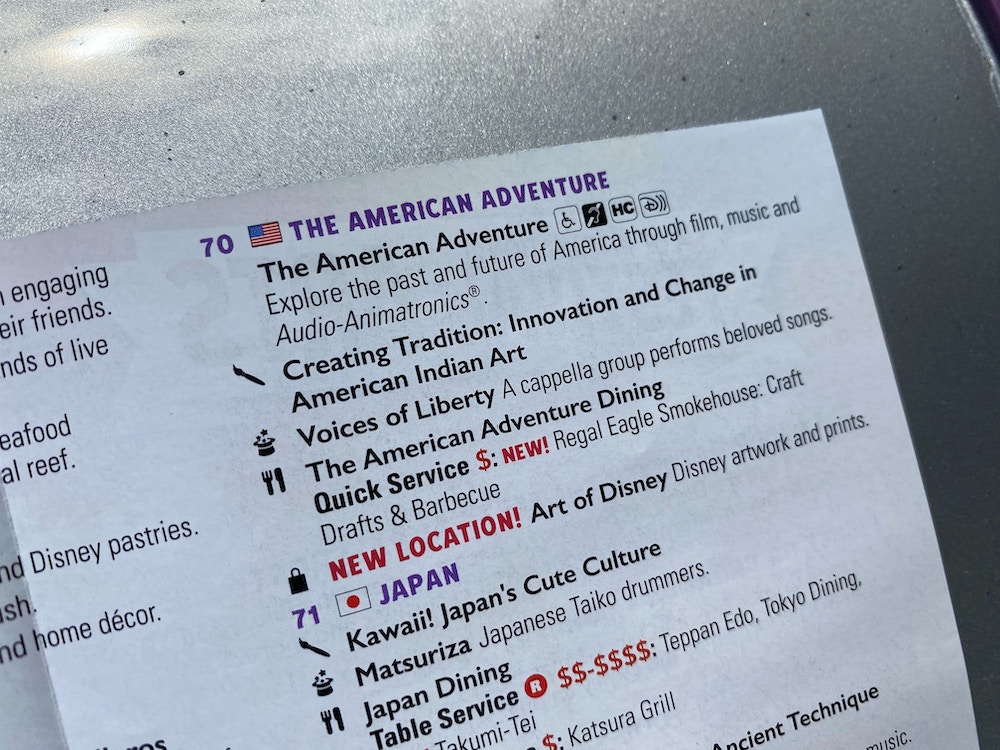 “Regal Eagle Smokehouse: Craft Drafts & Barbecue” is listed under 70 with the other offerings at the American Adventure. As we’ve previously shared, it is also a quick service option.

A note of caution: don’t get your hopes up too high for dining at either of these locations by Monday. Park maps previously told us that Taste Track would be open on an earlier date in February, but that later turned out not to be the case. However, Regal Eagle Smokehouse: Craft Drafts & Barbecue seems to be just about ready for a debut! We’ll report back Monday with the latest on these two eateries.

We love this new map, as it makes it a lot easier to get a full visual view of the new EPCOT lay of the land. Do like the new layout of EPCOT? Let us know in the comments.

Next
PHOTOS: Rooftop Solar Panel Mounts Installed at Guardians of the Galaxy: Cosmic Rewind in EPCOT