It has been announced that the Disney PhotoPass+service, currently operated by FUJIFILM, will be managed directly by Disneyland Paris.

PhotoPass holders are being notified that Disneyland Paris will take over the service from legacy partner Fujifilm starting April 1, 2020.
This could be good news if the feature gets integrated into the official app. pic.twitter.com/gJugHq2k7Y

Guests who currently use this service have been notified of the changeover, which will take effect from April 1, 2020. As the handover takes place, users have been asked to authorise the transfer of existing photos and data by March 31. 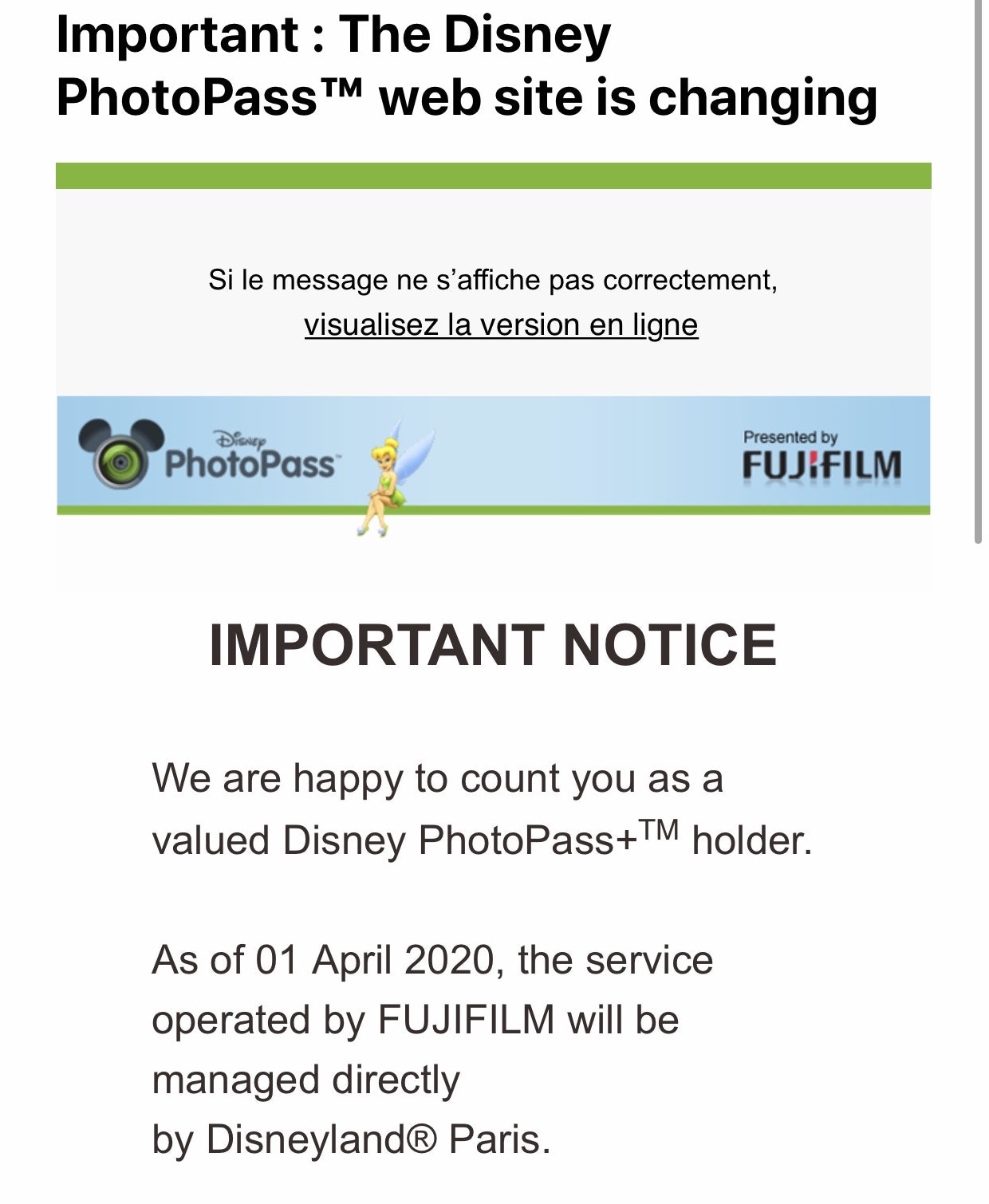 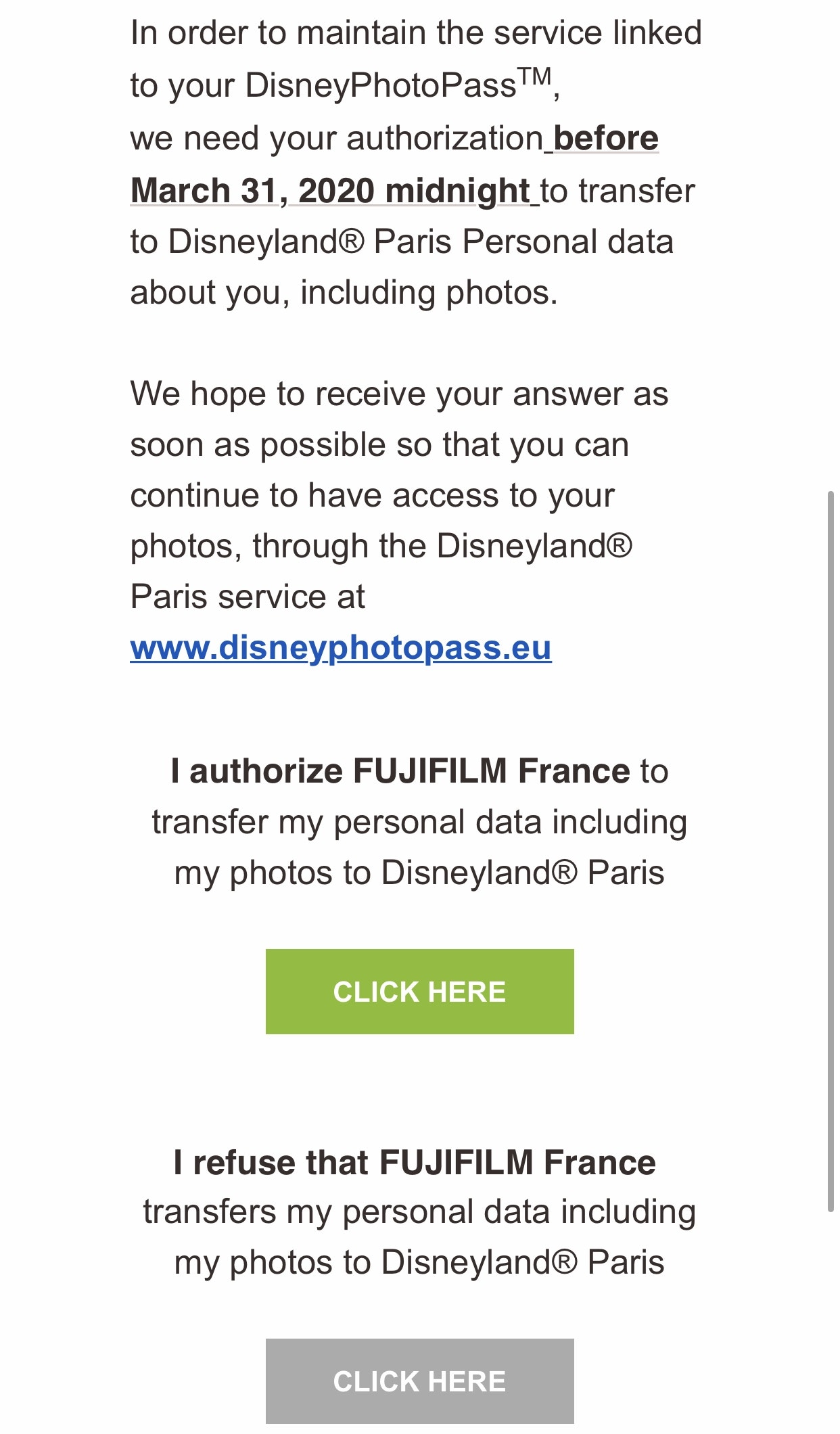 See the full message below:

IMPORTANT NOTICE
We are happy to count you as a valued Disney PhotoPass+TM holder.As of 01 April 2020, the service operated by FUJIFILM will be managed directly
by Disneyland® Paris.In order to maintain the service linked to your DisneyPhotoPassTM, we need your authorization before March 31, 2020 midnight to transfer to Disneyland® Paris Personal data about you, including photos.We hope to receive your answer as soon as possible so that you can continue to have access to your photos, through the Disneyland® Paris service at www.disneyphotopass.eu

As stated by DLP Report, this could be an indication of plans to link the photo service to the existing Disneyland Paris mobile app, similar to the way the Walt Disney World PhotoPass links with the resort’s My Disney Experience app. Do you think this would be a well-received change to the Disneyland Paris service?