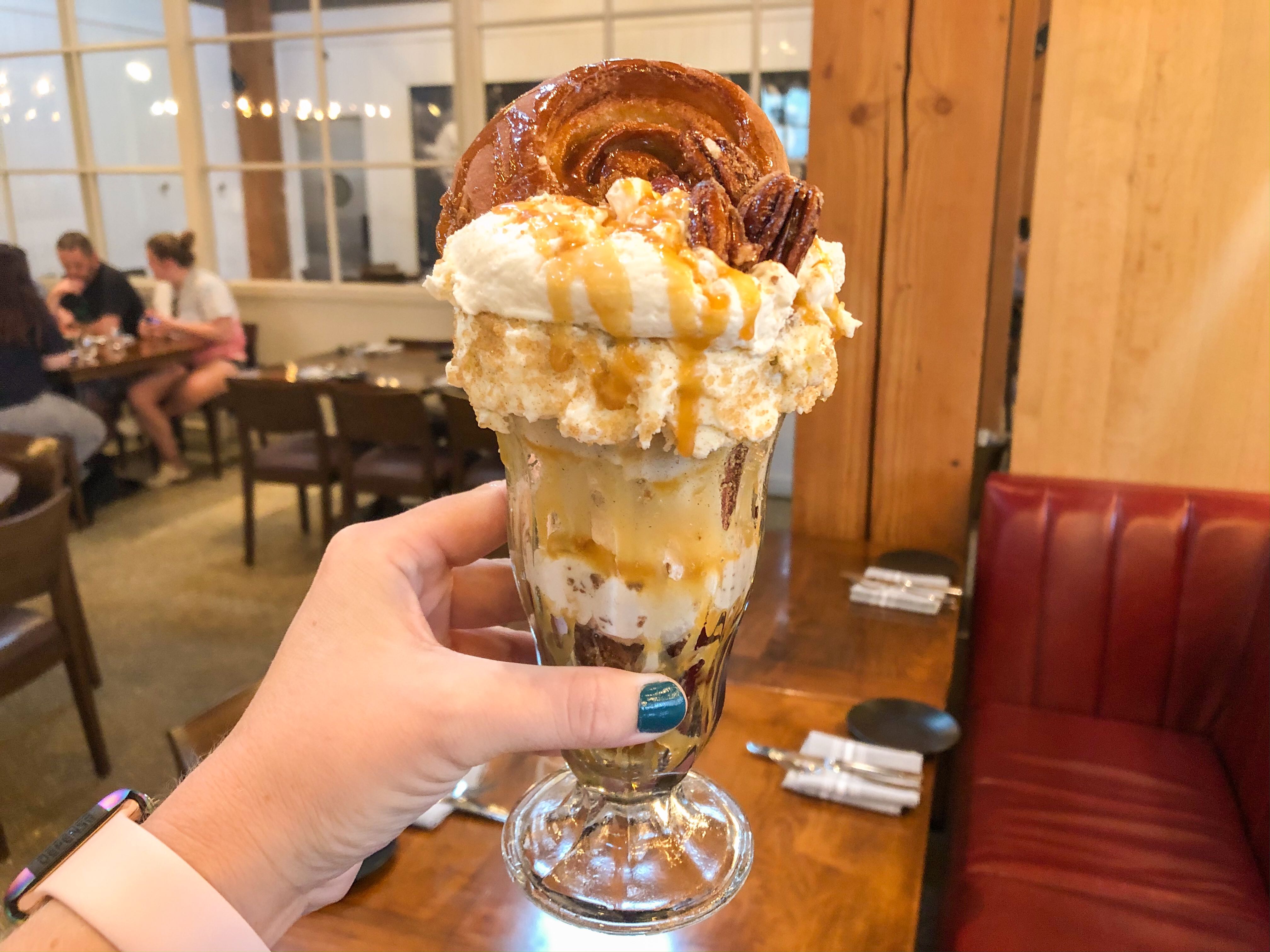 We never get tired of new Instagrammable food offerings here at Walt Disney World. Wolfgang Puck Bar and Grill, located at Disney Springs, has a new sundae on the menu that looks absolutely sinful. In fact, the “Cinnful Sundae” might just be one of the most beautiful ice cream creations we’ve seen lately.

With candied pecans and an entire sticky bun sitting atop the sundae, we couldn’t pass by without giving this one a full review. We were not disappointed.

We’re already drooling. The soft, sweet scent of cinnamon filled the air as soon as this masterpiece was presented to us at our table. 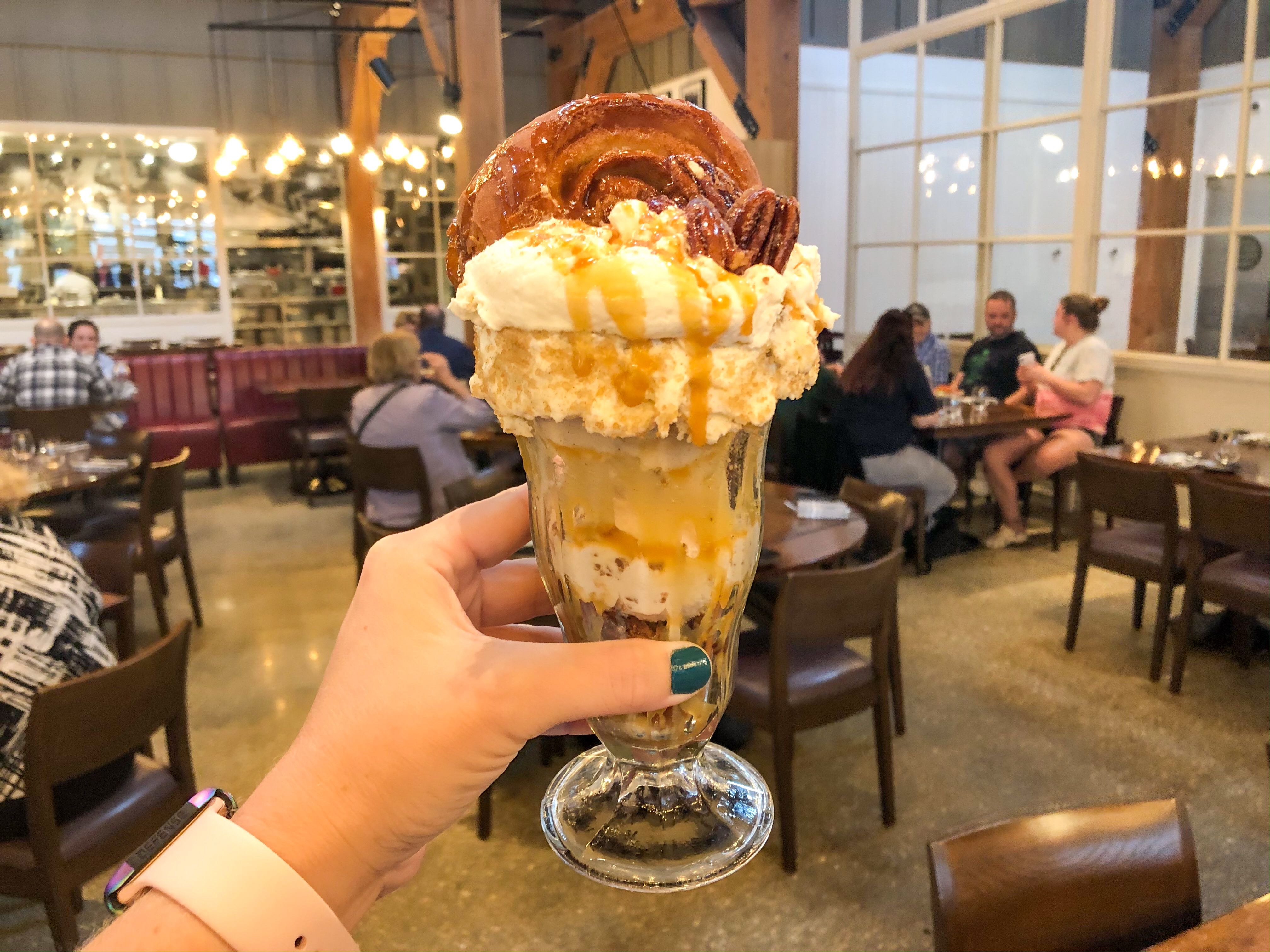 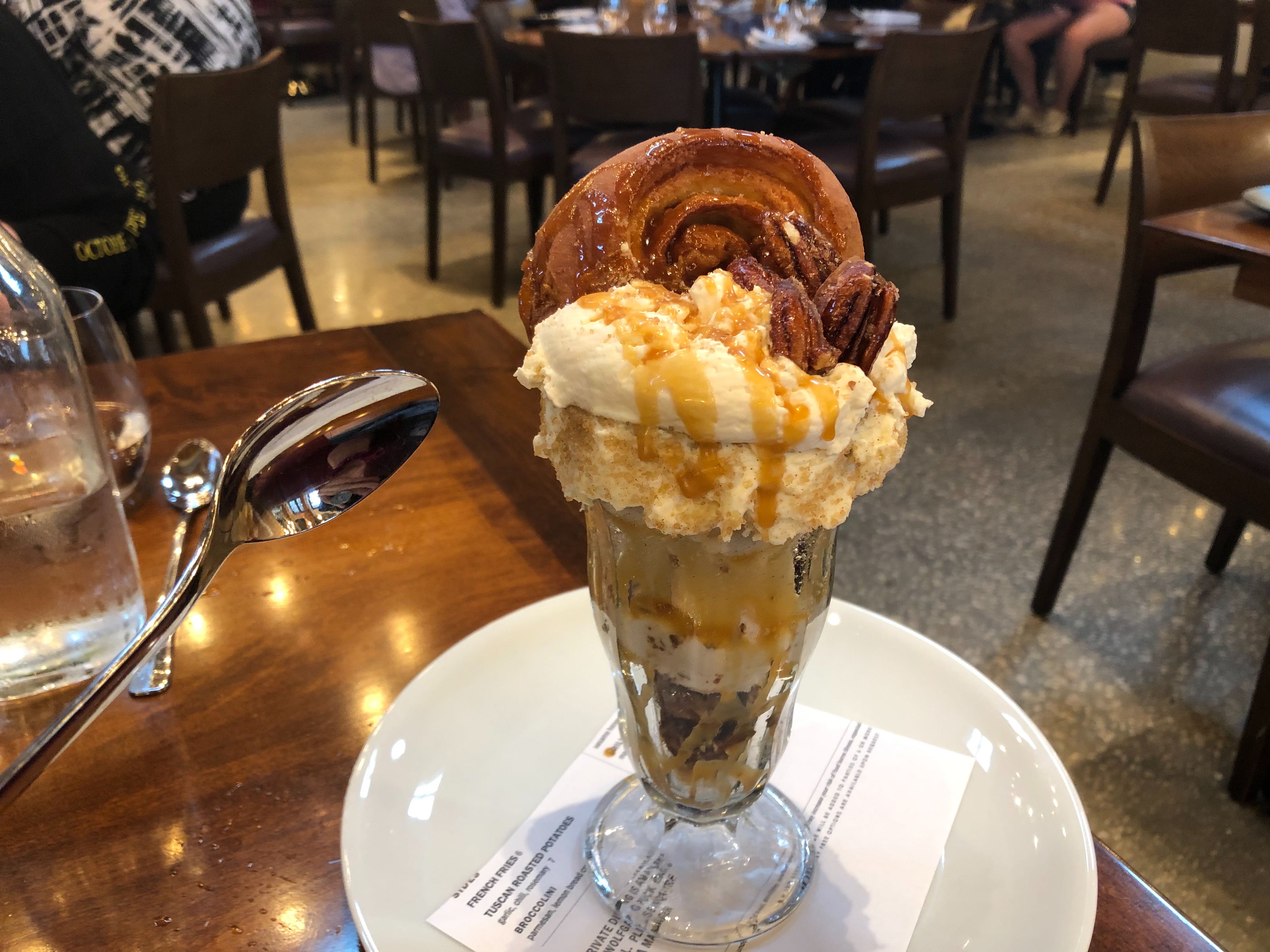 This beautiful creation has a cinnamon and vanilla gelato, layered with candied pecans, caramel whipped topping, and even a cream cheese frosting on the edge of the glass. 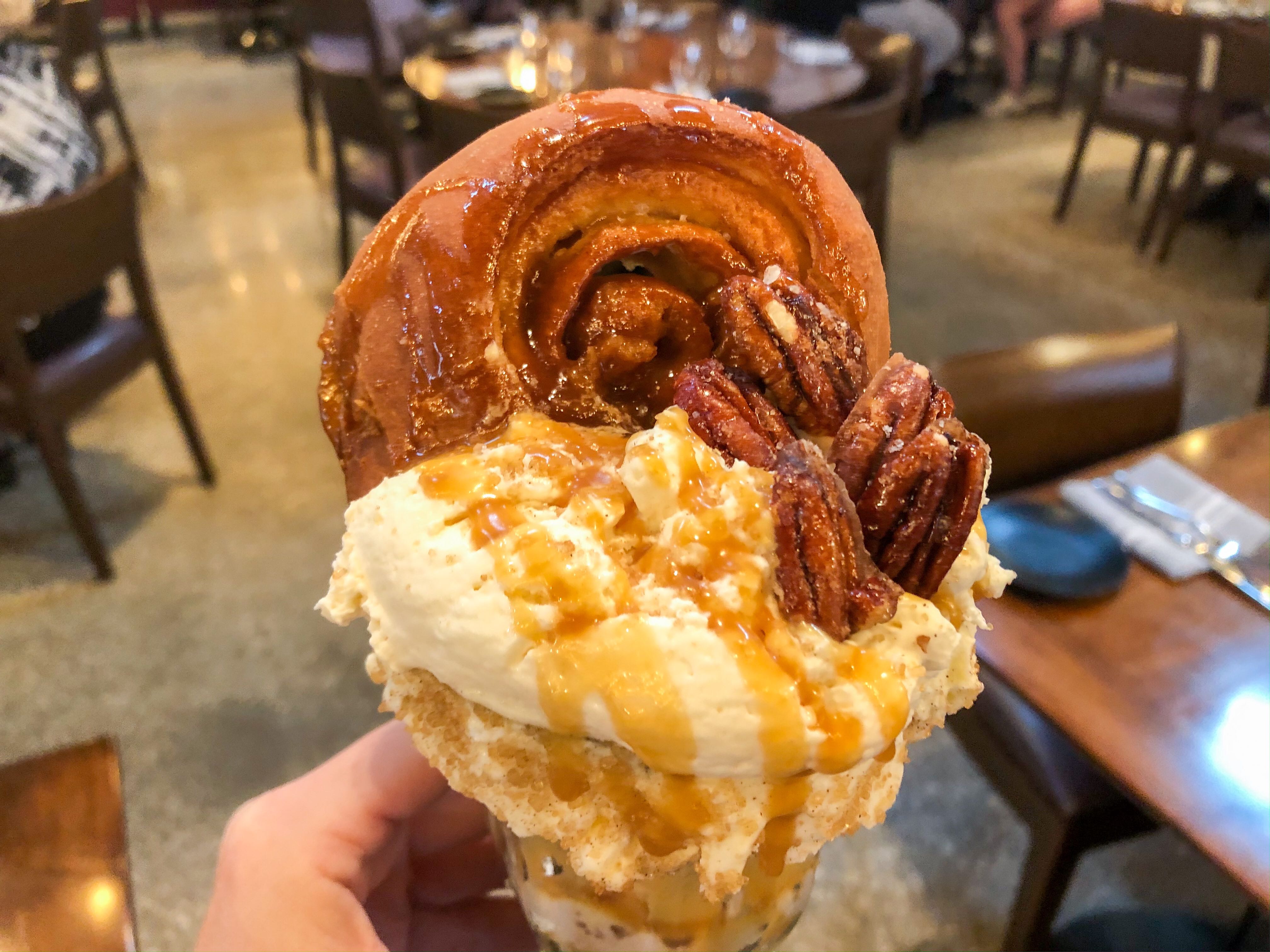 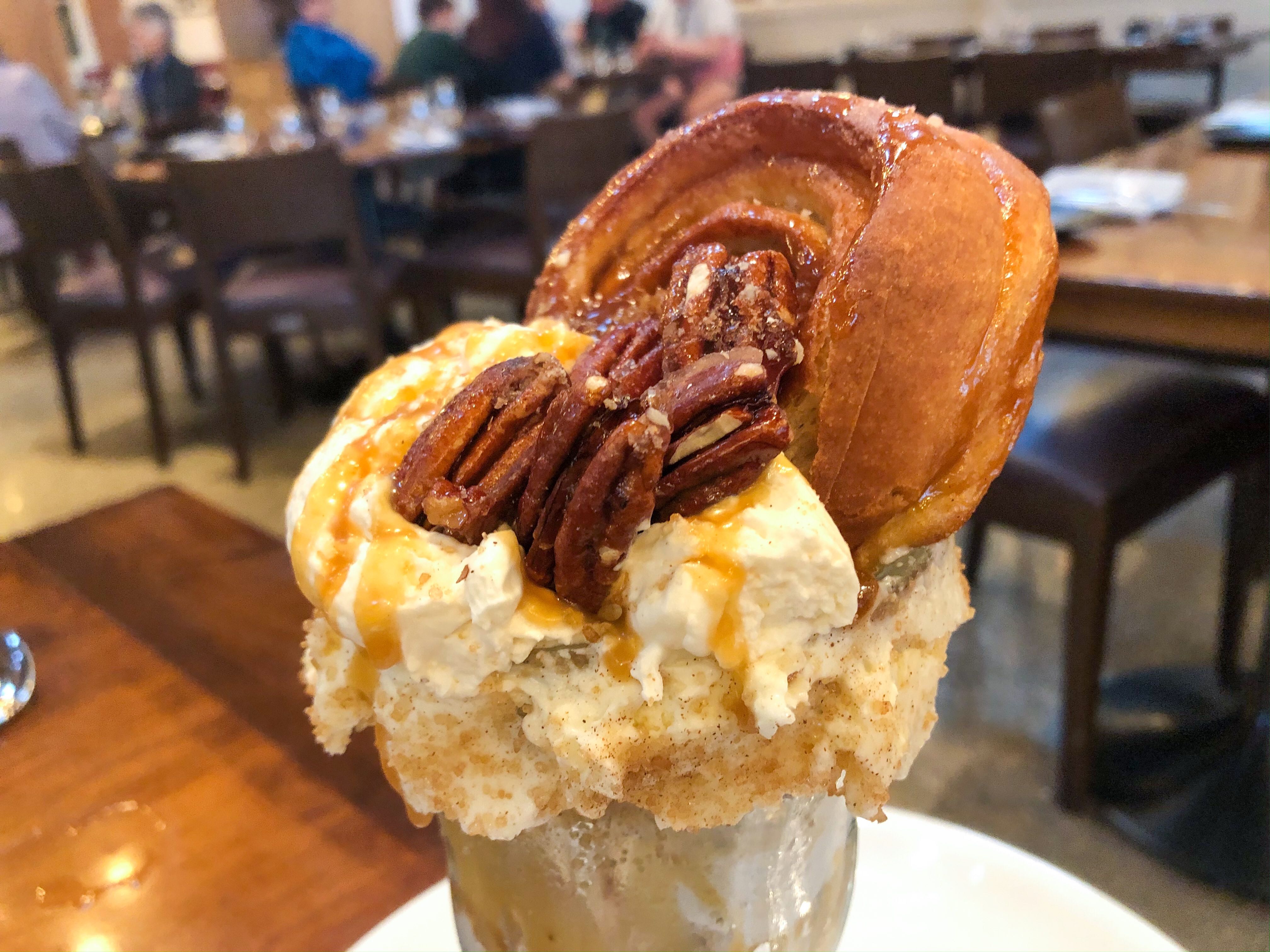 The sticky bun on top is incredibly soft and fresh. It’s even served warm. Sometimes these giant sundaes and shakes we encounter just stick cupcakes and things on top for looks, but this one adds beauty and taste. 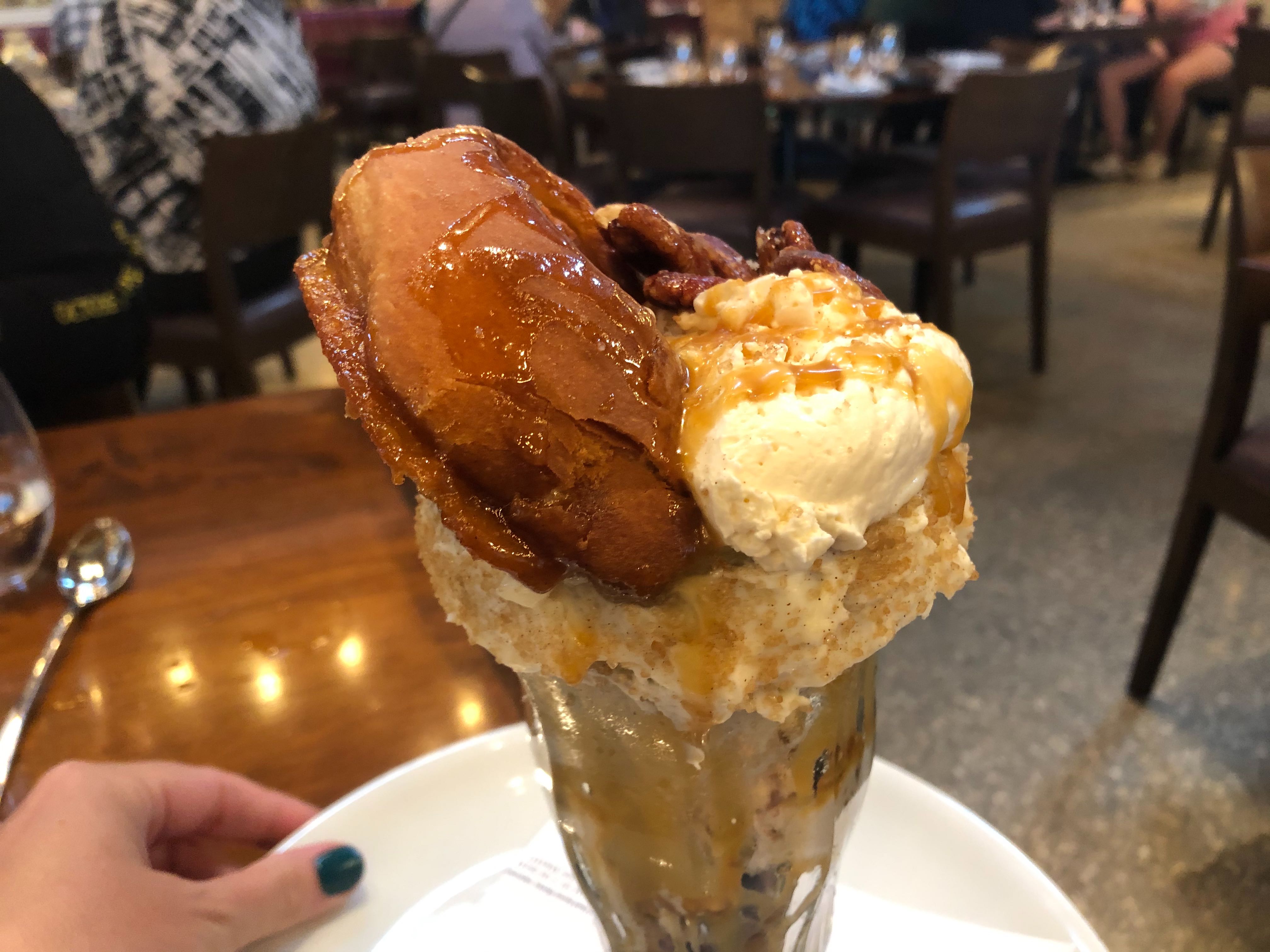 The caramel whip is thick and fluffy, with just a slight hint of caramel and cream. The gelato tastes like eating a fresh cinnamon roll, with notes of vanilla and cinnamon working in harmony for the perfect balance. The cinnamon flavor is executed perfectly and stands out without being overwhelming. If you’ve ever wanted to enjoy a cinnamon bun in ice cream form, then Wolfgang Puck Bar and Grill has made your dreams come true. 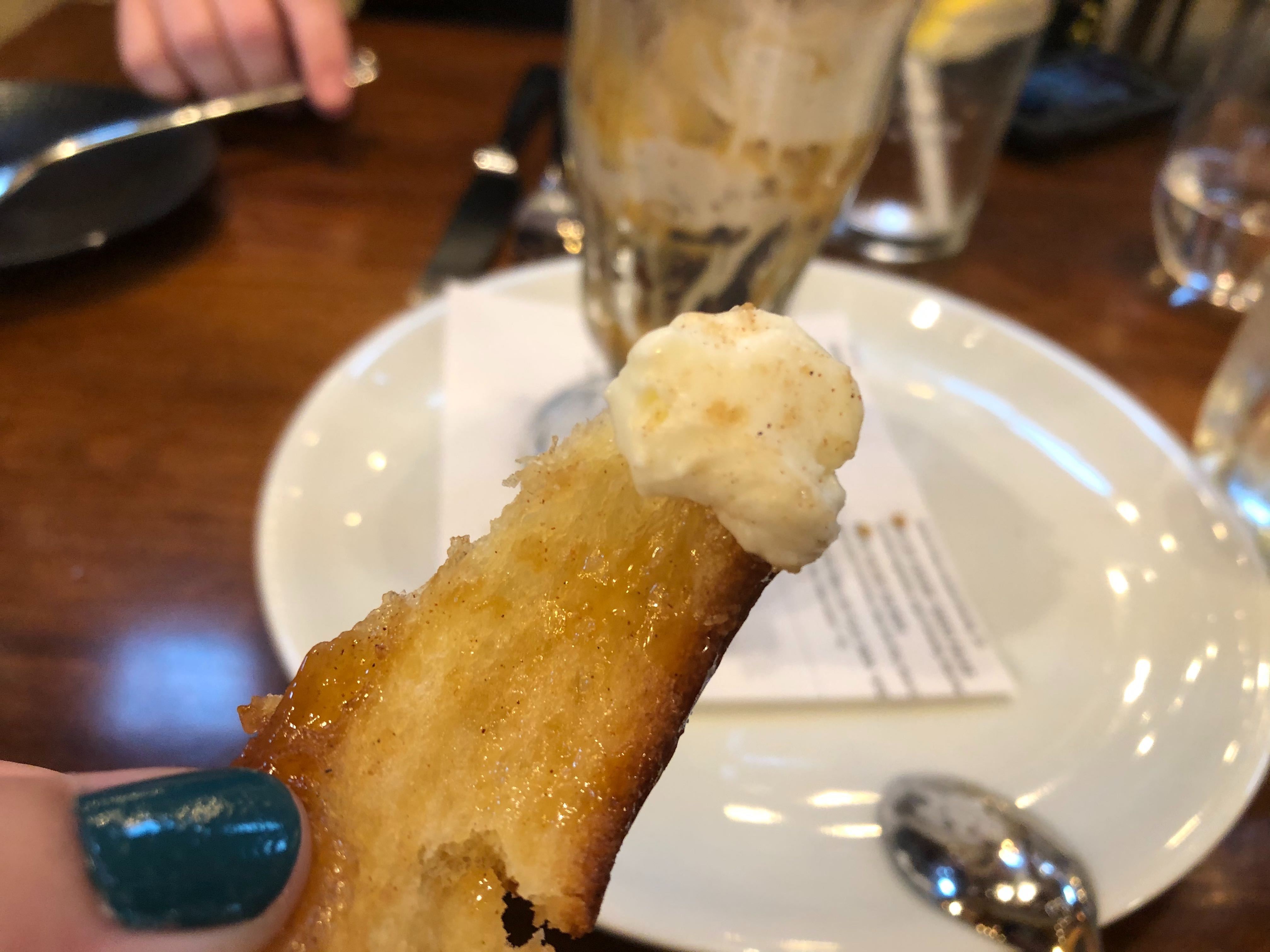 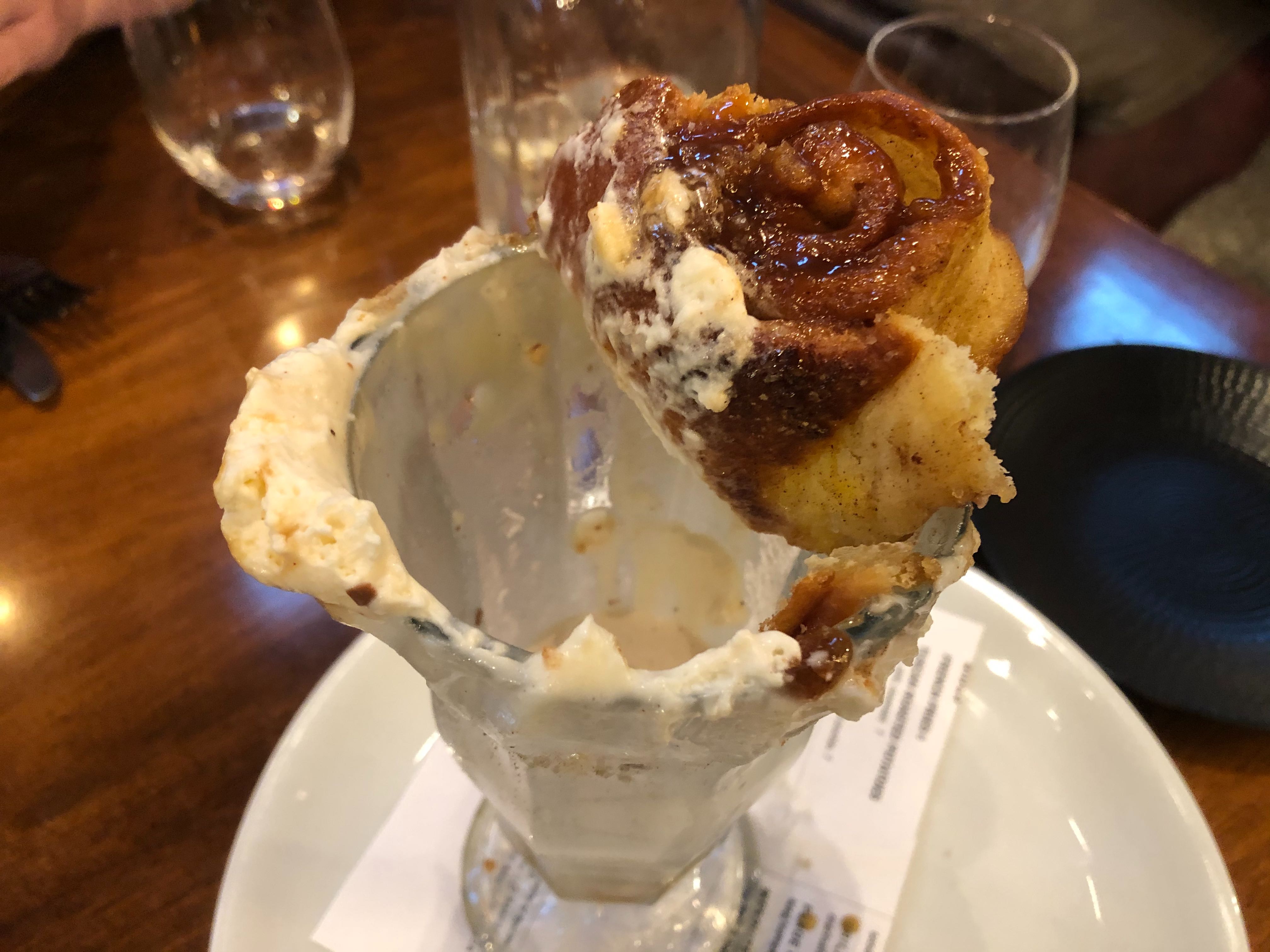 We recommend dipping your sticky bun in the cream cheese frosting on the side of the glass. It’s a winning combination. 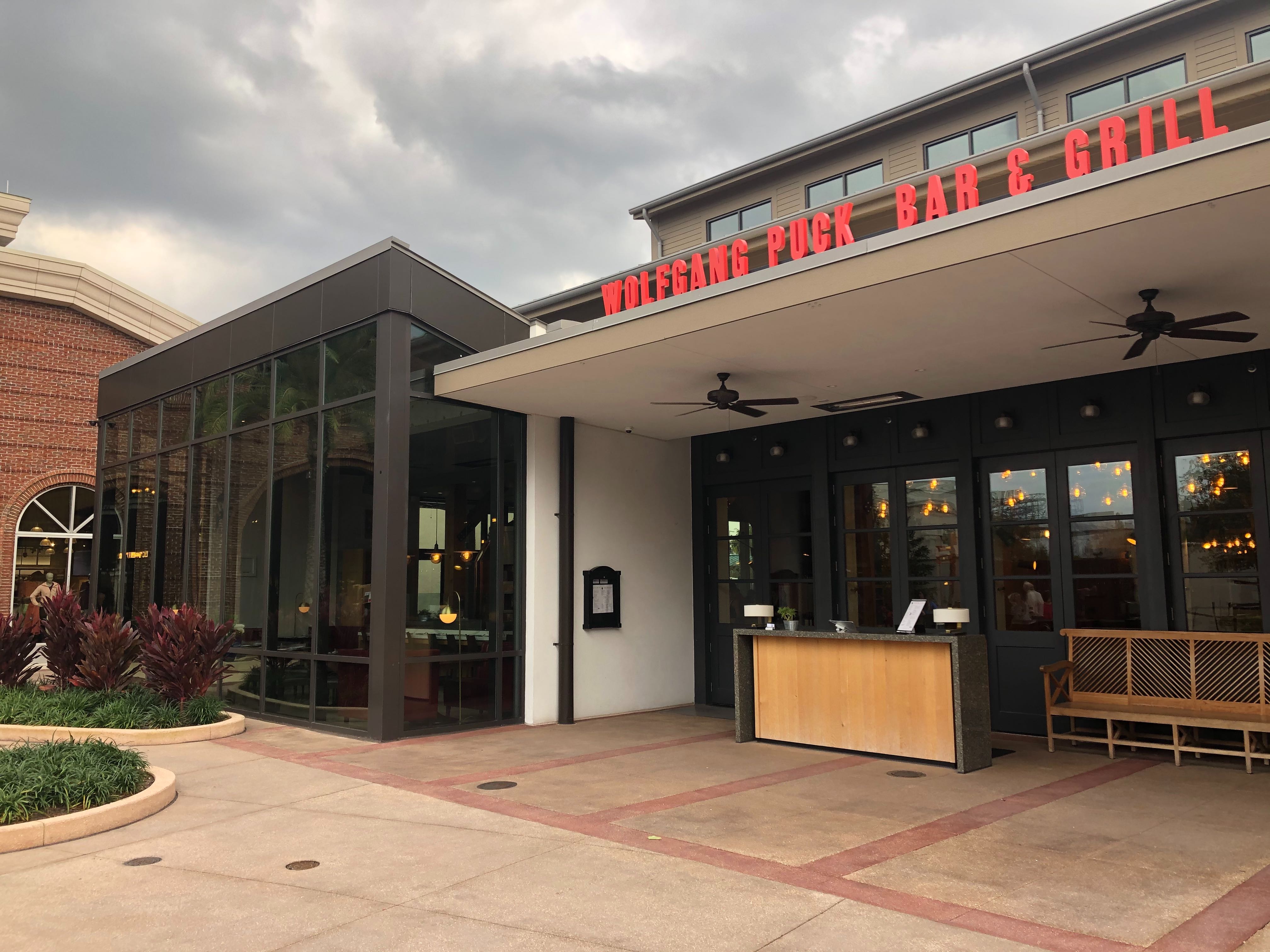 Wolfgang Puck Bar and Grill can be found near Planet Hollywood, across from Chicken Guy! at Disney Springs. This sundae is spectacular, but only available inside the restaurant, for $14. We highly recommend taking your sweetie out for the sweetest sundae around. It’s delicious, and perfect for the ‘Gram, so don’t miss out.