REVIEW: The Force is Strong With The “Star Wars: The Ultimate Pop-Up Galaxy” Book, Now Available On Sale

The force is with you in this awesome “Star Wars: The Ultimate Pop-Up Galaxy” pop-up book from the Star Wars universe. With stunning visuals that quite literally jump off the page, this Star Wars pop-up book really brings the complete Star Wars movie canon to life. The pop-up book is in chronological order and takes you from the beginnings of the Sith Menance on Naboo all the way to the lead-up of the final clash between the dark side and the light. The book stops short of stepping on the toes of the most recent movie “Star Wars: The Rise of Skywalker” movie, so no worries about spoilers if you haven’t seen the movie yet!

This glorious pop-up book is a fitting tribute to the entire Star Wars saga, covering all 11 movies, including a sneak peek at The Rise of Skywalker.

See Padmé battle alongside the Jedi and clone troopers, Luke train with Jedi Master Yoda on Dagobah, and Rey and Kylo Ren battle Supreme Leader Snoke’s Praetorian Guards, as well as other memorable moments from the saga.

With five intricate and detail-rich spreads that fold out into one breathtaking map of the entire Star Warssaga, Star Wars: The Ultimate Pop-Up Galaxy is the perfect gift for boys, girls, and Star Wars fans of all ages.

Now, let’s take a look inside at some of the awesome artwork displayed in this immensely dense rendering of some of our favorite moments across Star Wars lore. 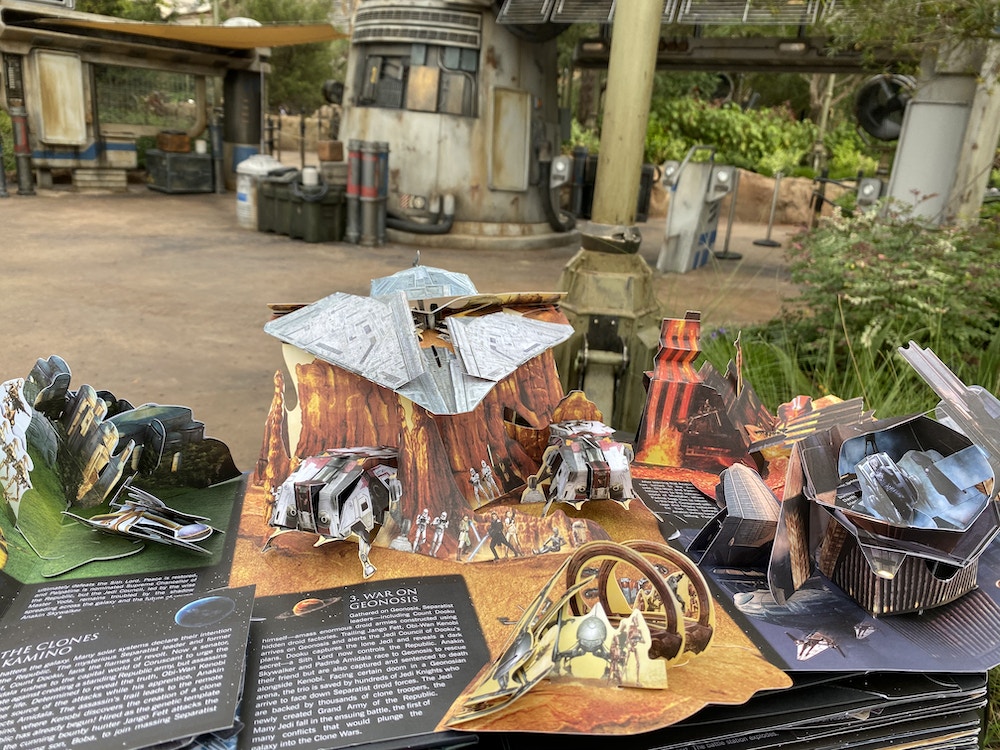 To christen a new book like this we had to go to a galaxy far, far away, and for us, that meant Star Wars: Galaxy’s Edge. Thumbing through some of these pages sitting next to a Star Speeder made them feel even more real, like we were looking at a photo album, not a published book. 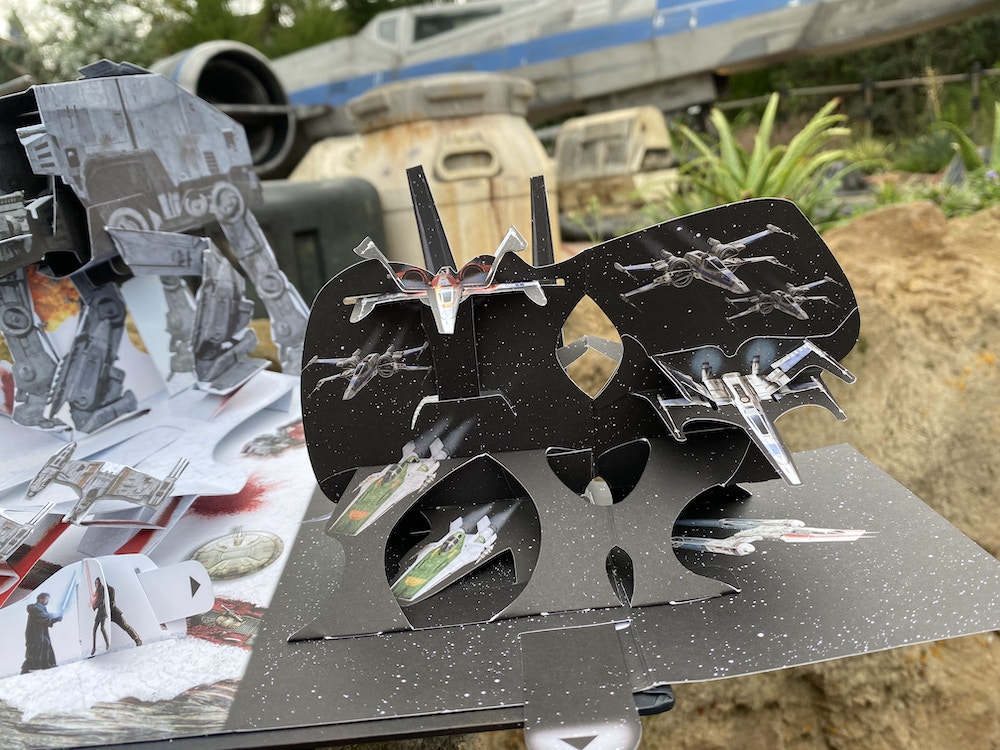 Whether it is a battle between Kylo Ren or a huge AT-AT Walker stomping across the pages, this pop-up has amazing action like visuals. 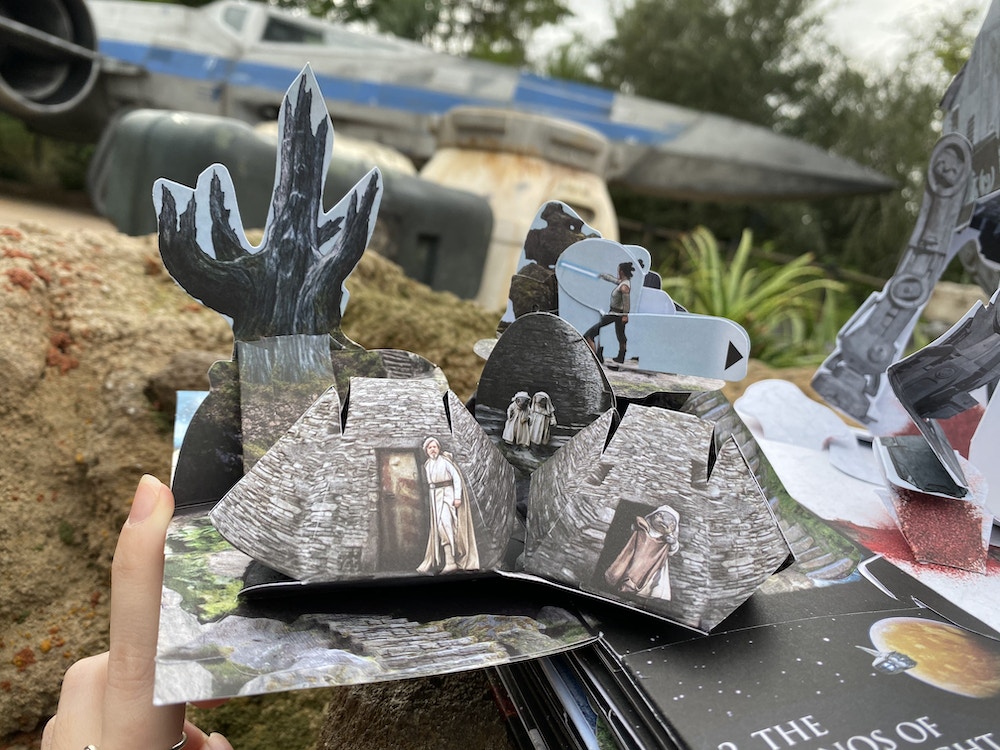 We focus here on the training of Rey by Master Luke Skywalker, but you can follow Luke from his journey from Jedi Knight to Jedi Master throughout the whole book. 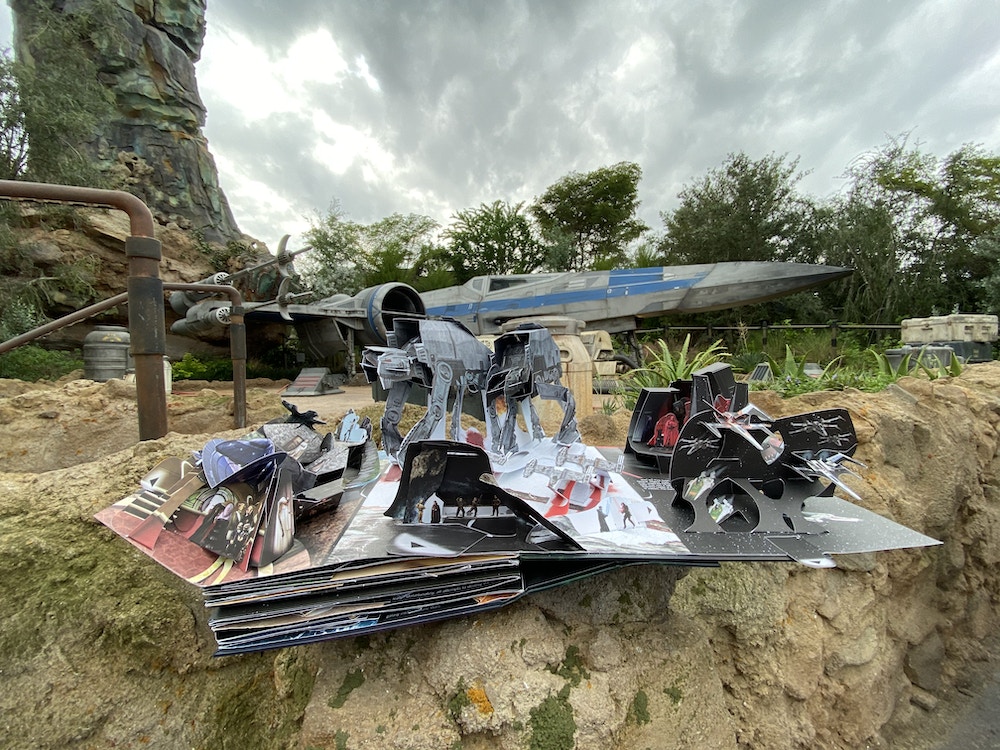 The text throughout the book is a great compliment to the stunning pop-ups and really help bring the story into view and puts it in an easily digestible, all-encompassing look for the reader. 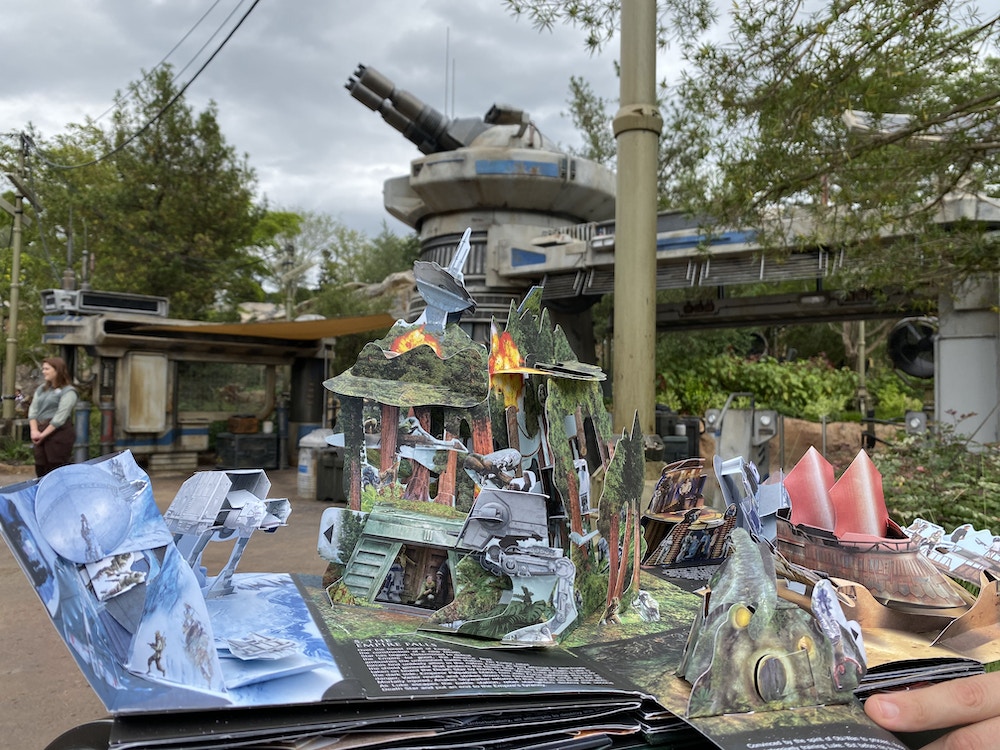 This pop-up is a must for Star Wars fans young and old and brings the movie moments to life in a way only a pop-up book can. When you can’t enjoy Star Wars: Galaxy’s Edge every day, this might be the next best thing. You will want to return again and again to this version of a galaxy far, far away.

“Star Wars: The Ultimate Pop-Up Galaxy” is now available at the reduced price of $42.99 (down from the original price of $85.00) via Amazon.