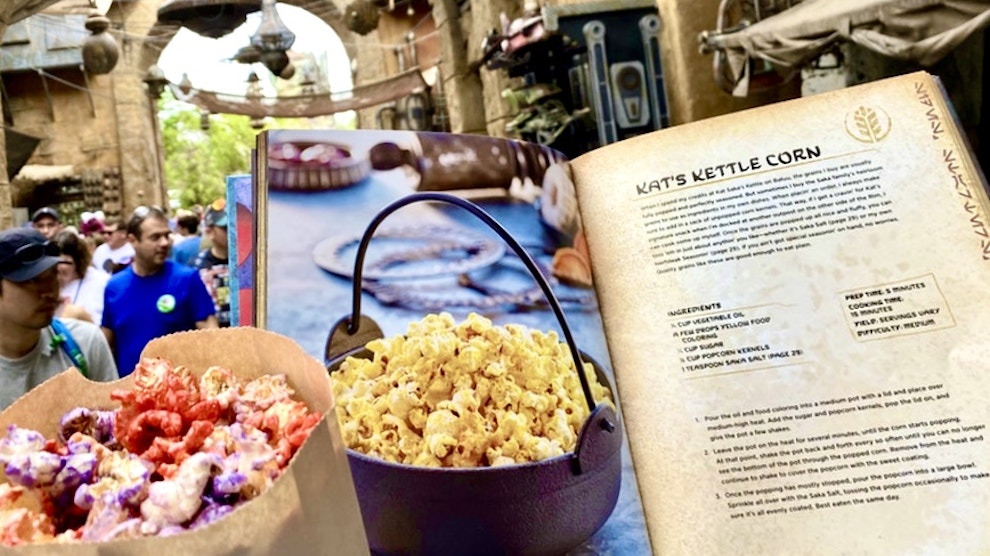 “Star Wars: Galaxy’s Edge, The Official Black Spire Outpost Cookbook” is a culinary guide devoted to the stories and cuisine found in Disney Parks’ Star Wars: Galaxy’s Edge. The cookbook was released in November 2019 and is written from the perspective of Strono “Cookie” Tuggs, the former head chef at Maz Kanata’s castle on Takodana.

With an immersive narrative that doesn’t break character, it is much more than your average Disney Parks cookbook. The recipes each have a unique story of their own, featuring whole foods and cooking traditions passed down through the generations of families in the Star Wars universe. 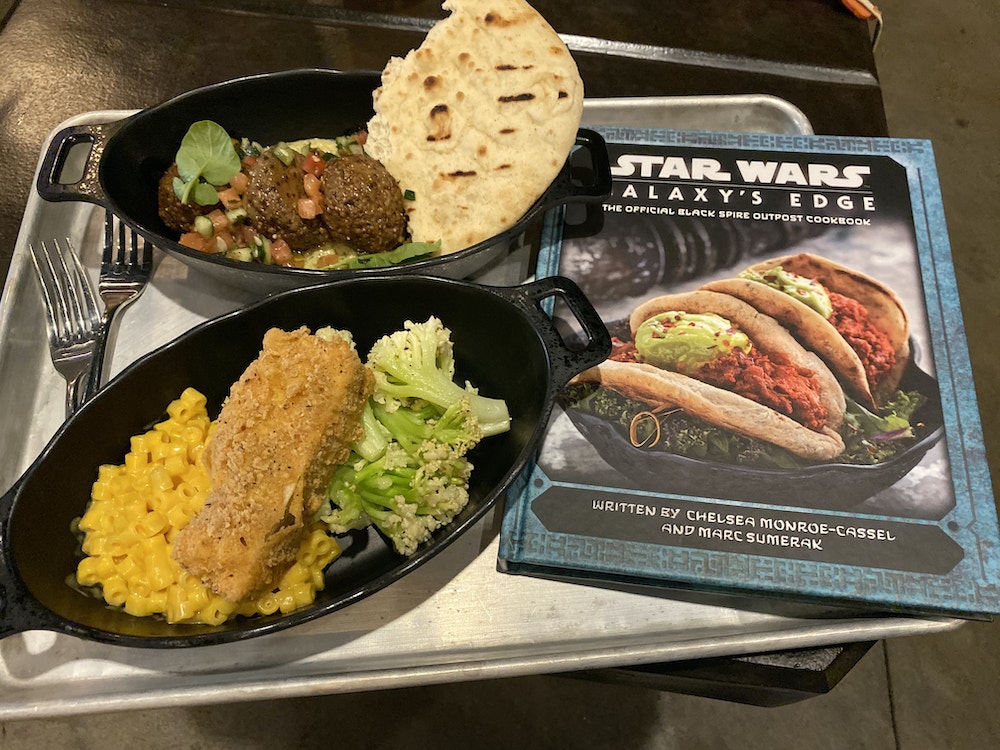 Back in December, the WDW News Tonight team actually prepared a few of the recipes during our Give Kids the World marathon show. But here, we’d like to bring focus to the book itself. 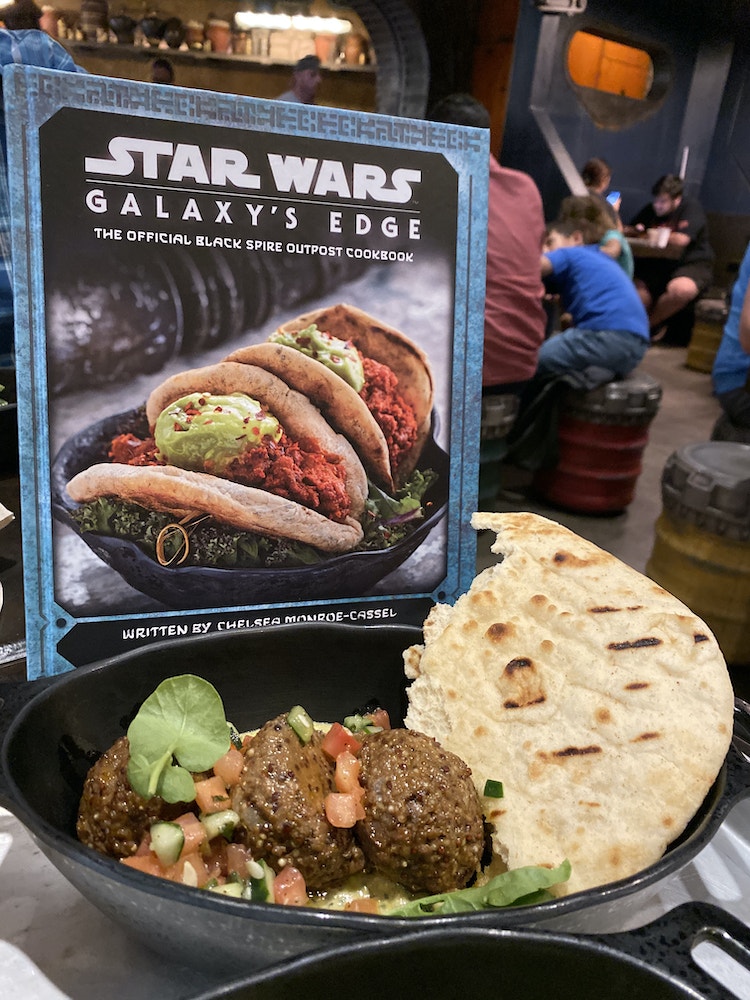 The book is hardcover and filled with glossy pages of Star Wars: Galaxy’s Edge recipes. 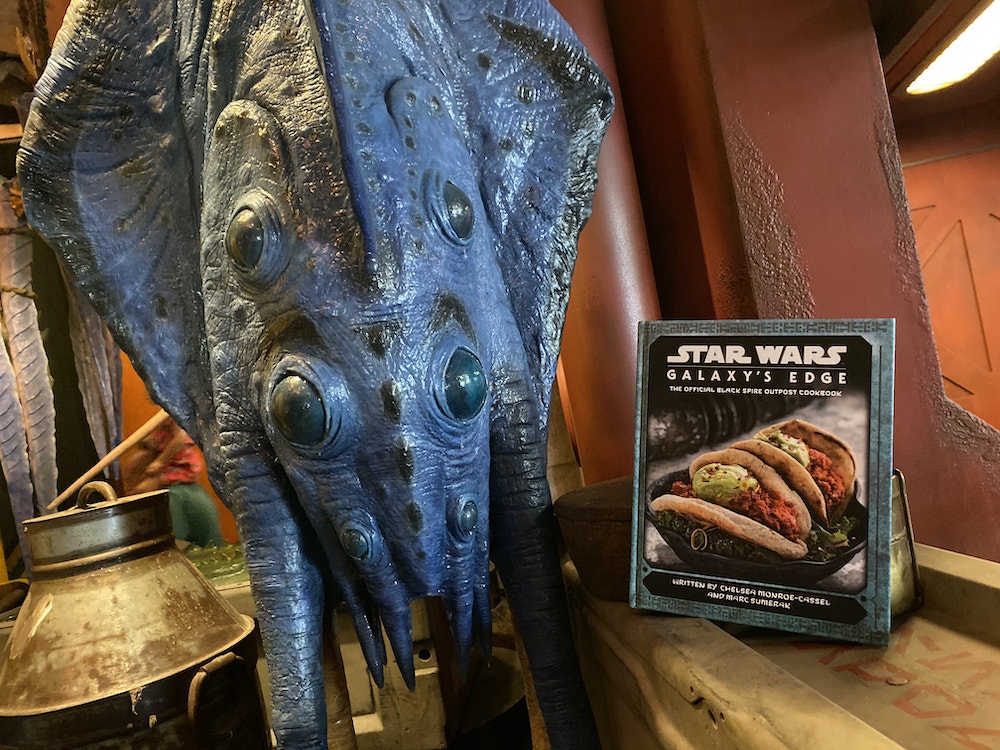 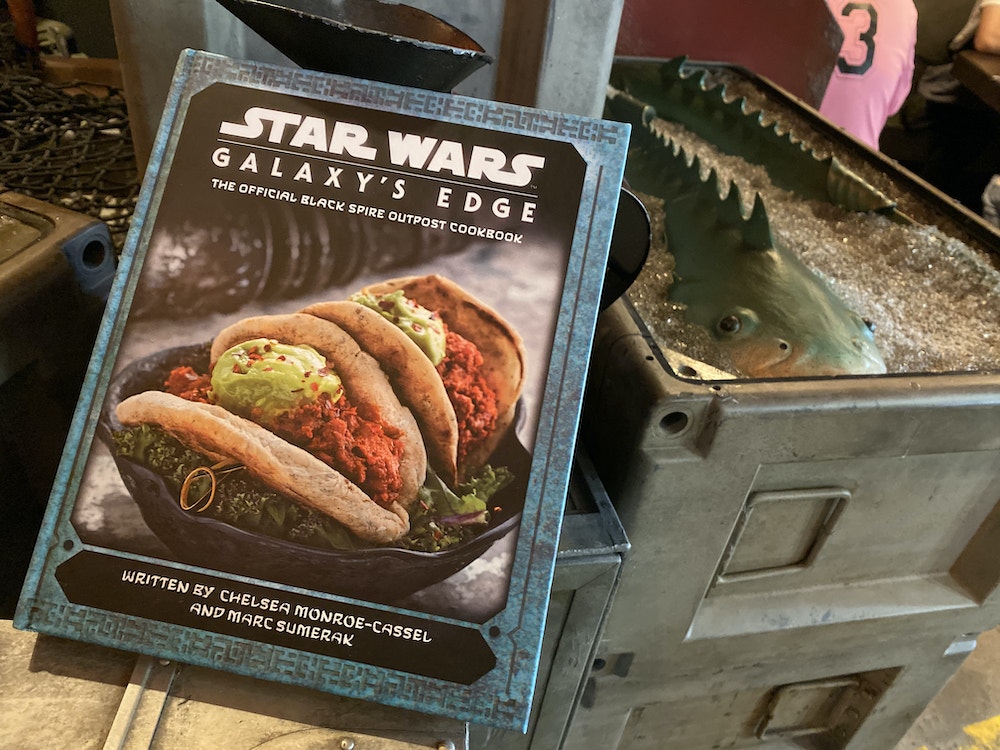 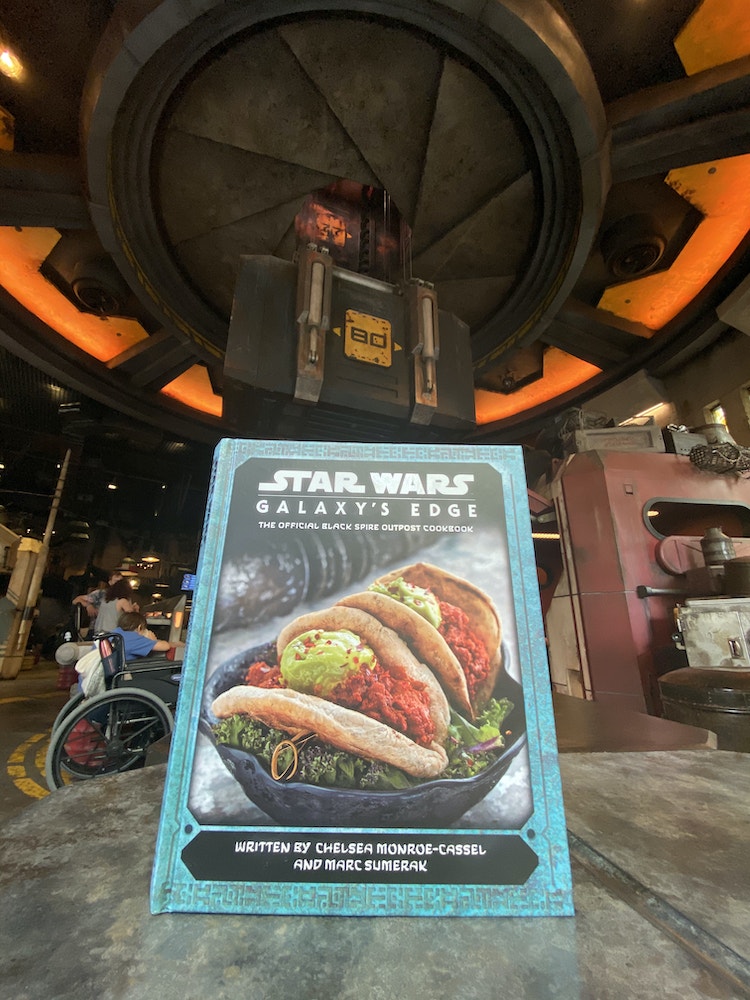 It is coauthored by Chelsea Monroe-Cassel and Marc Sumerak. Monroe-Cassel is author to several medieval fantasy-themed cookbooks and brings the narrative side of the book to life. Sumerak is a storyteller himself, whose work includes a few Marvel-themed books. 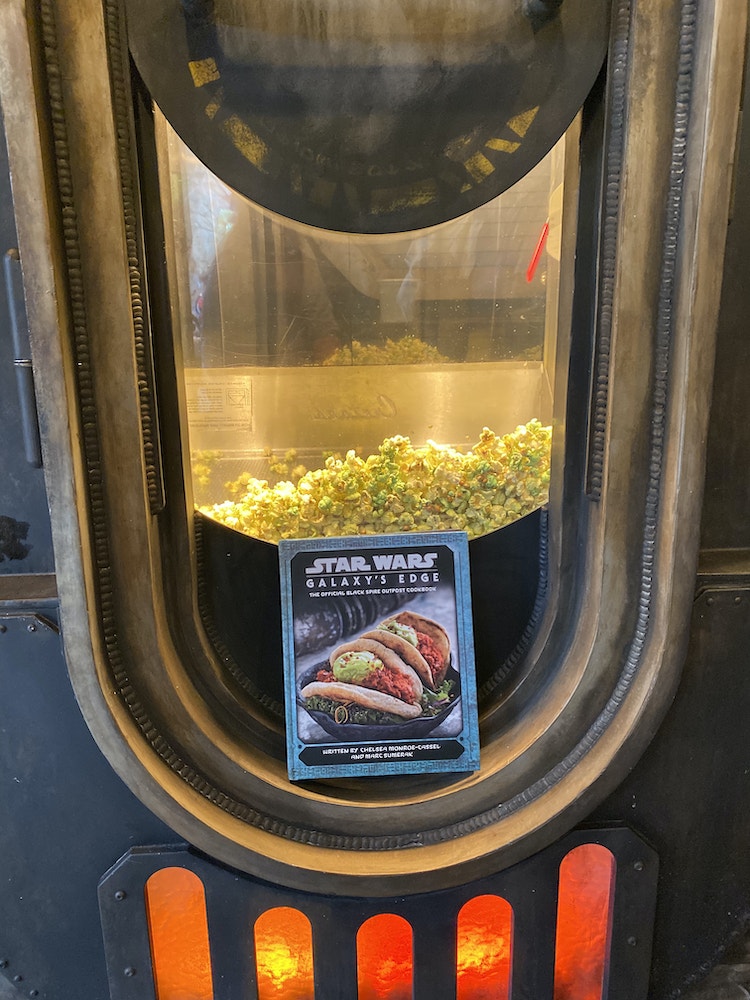 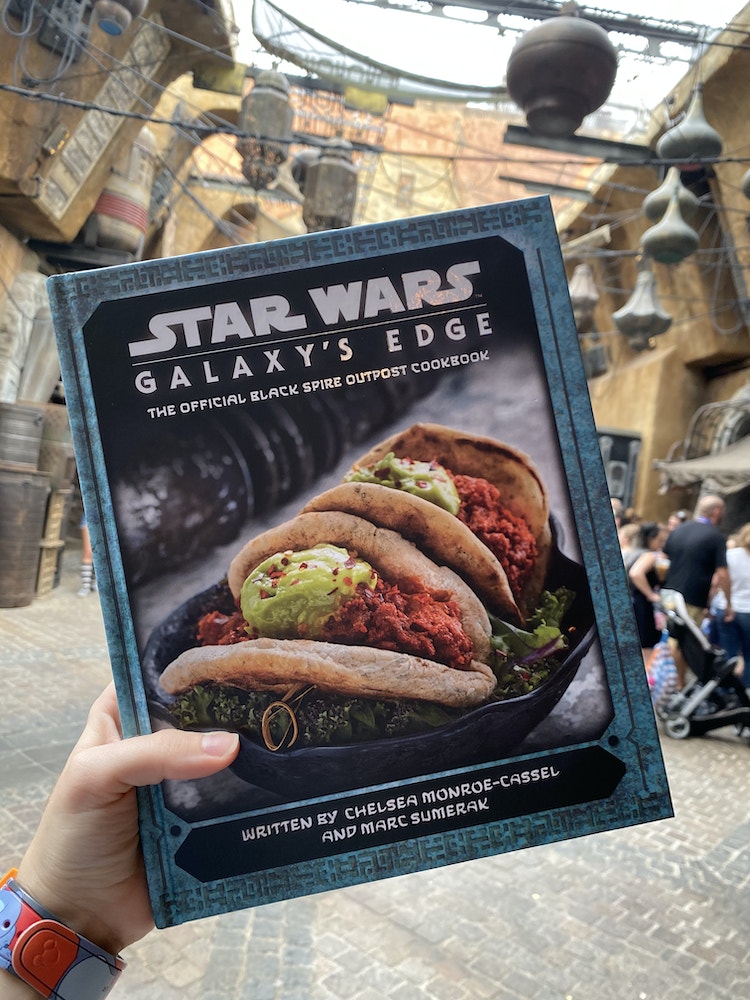 Let’s take a look inside. 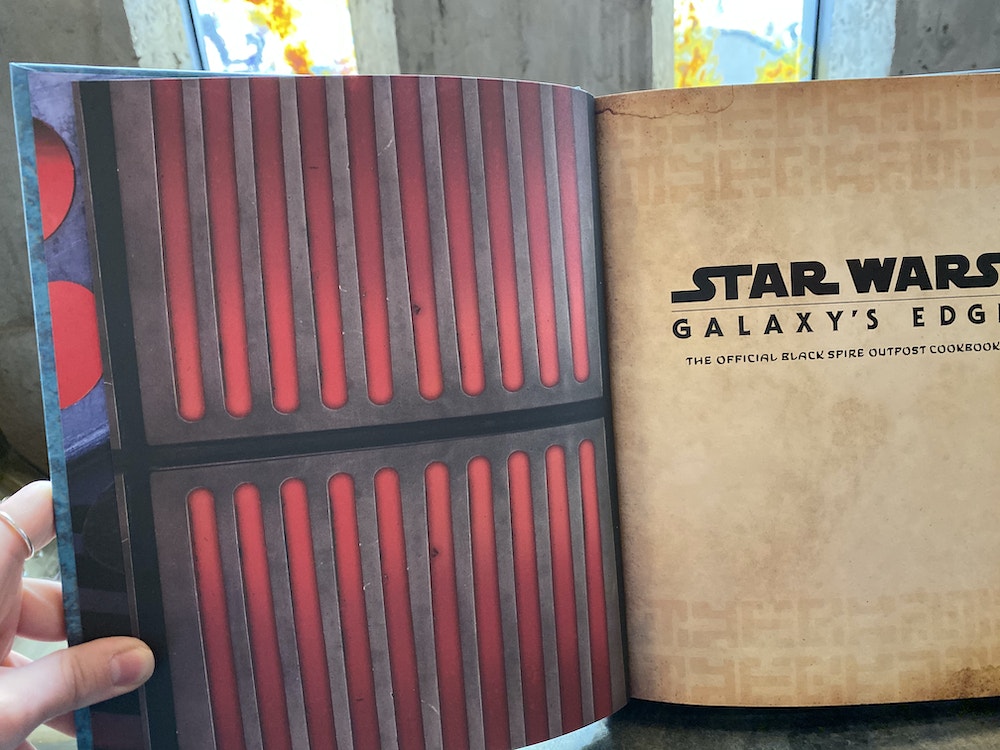 We previously shared a few of the recipes in the book. 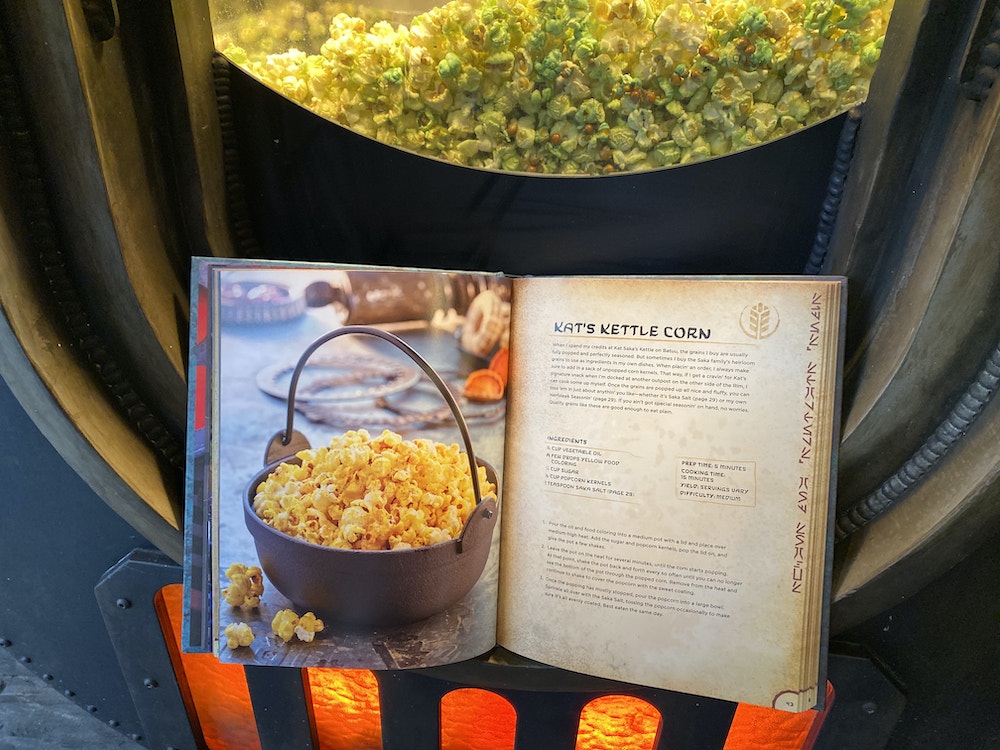 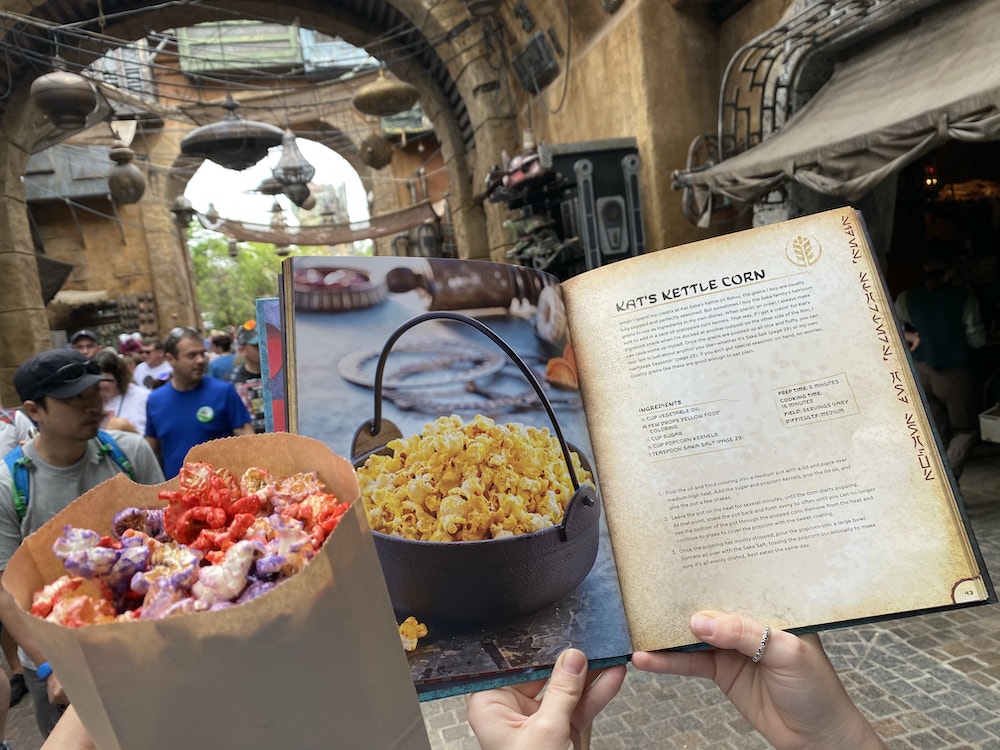 At the start of the article, we mentioned Chef Tuggs, the former head chef at Maz Kanata’s castle. Throughout each of the recipes, you’ll see an introduction that highlights his knowledge of the galaxy’s culinary delights — acquired through decades of travel and research. 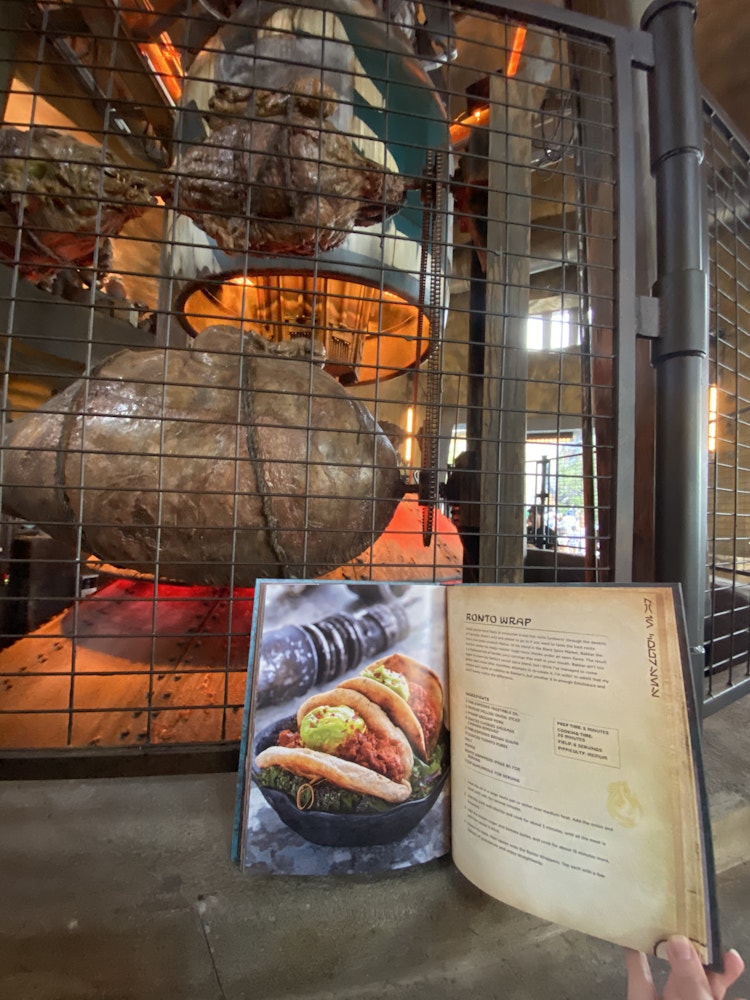 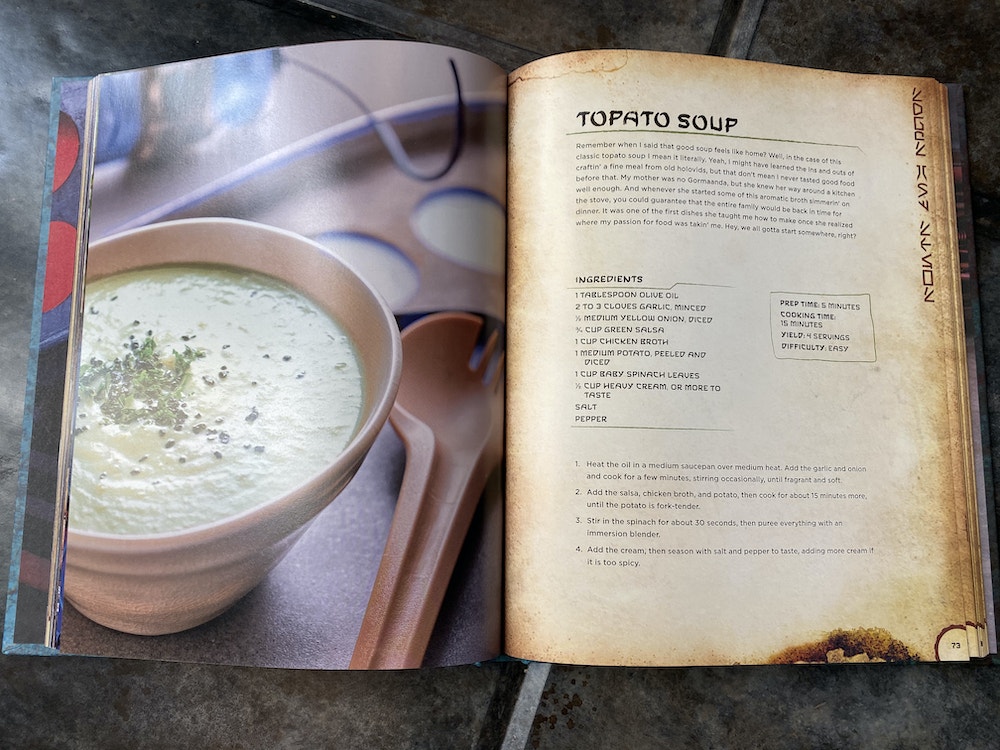 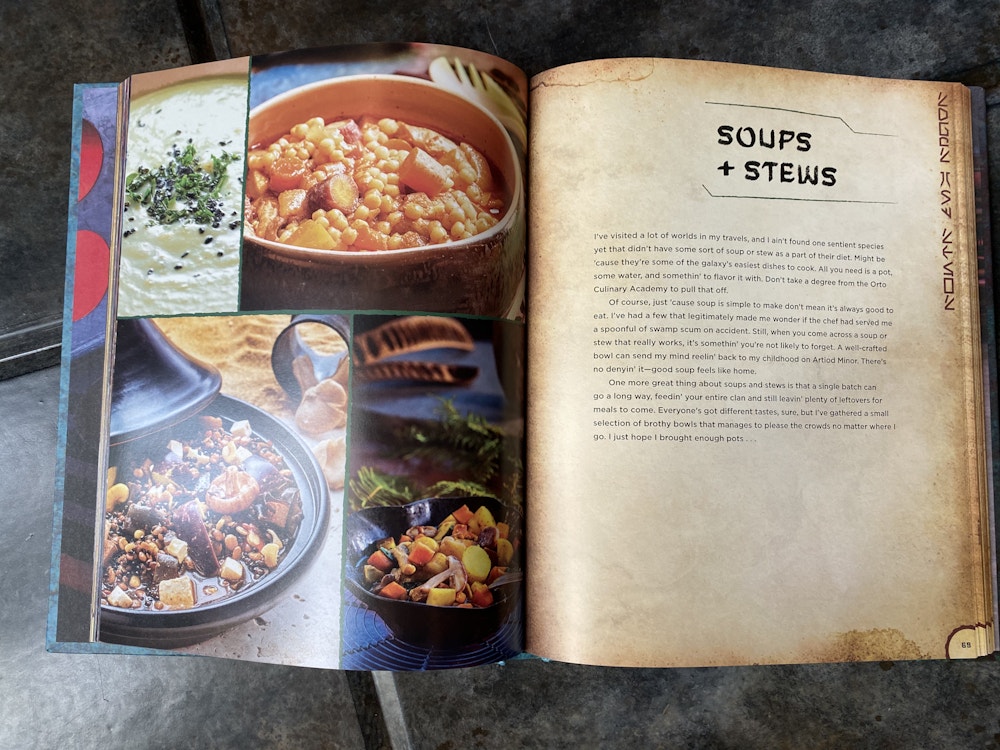 This is said to be the first Tuggs cookbook, and it contains recipes designed for home cooks of all skill levels. 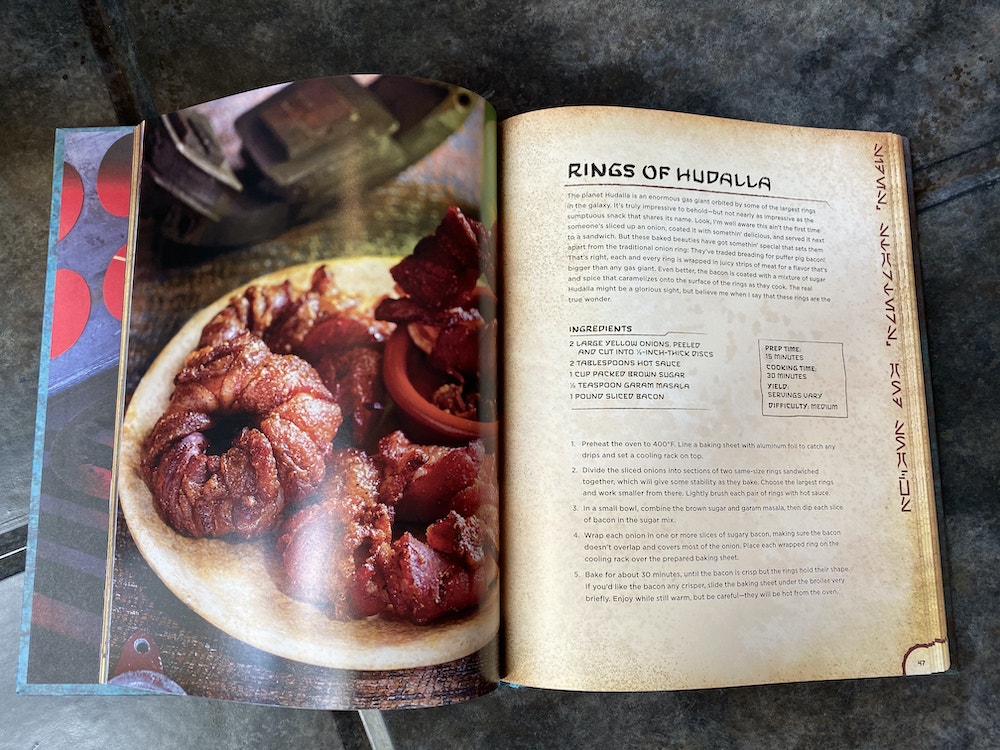 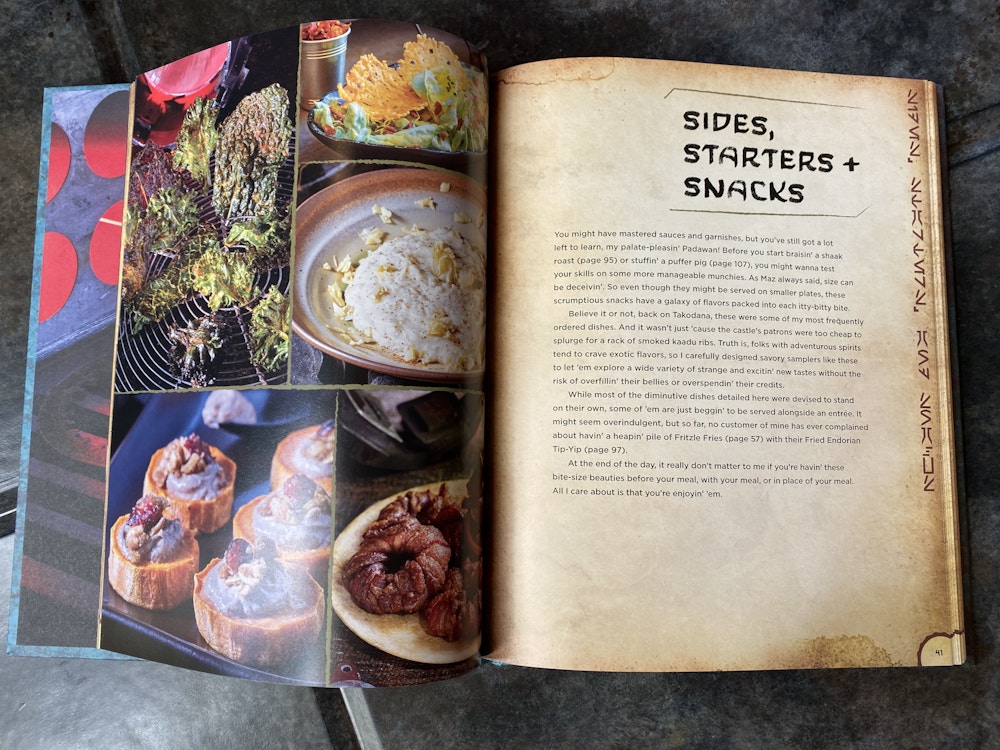 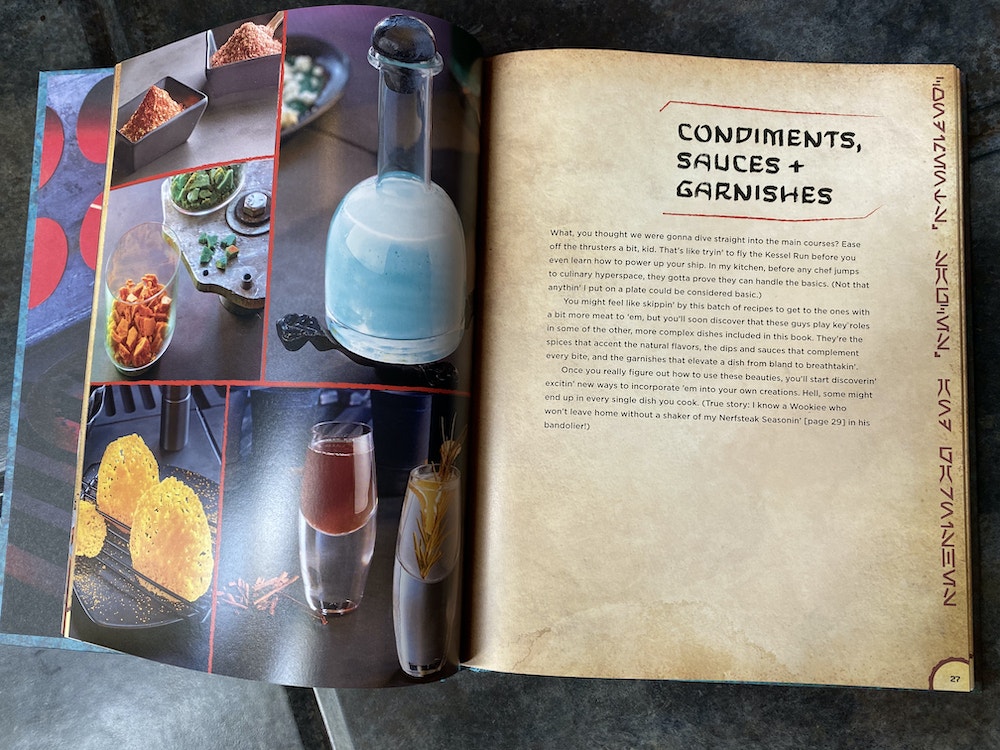 In addition to the recipe, each page includes a beautiful photo of the dish. 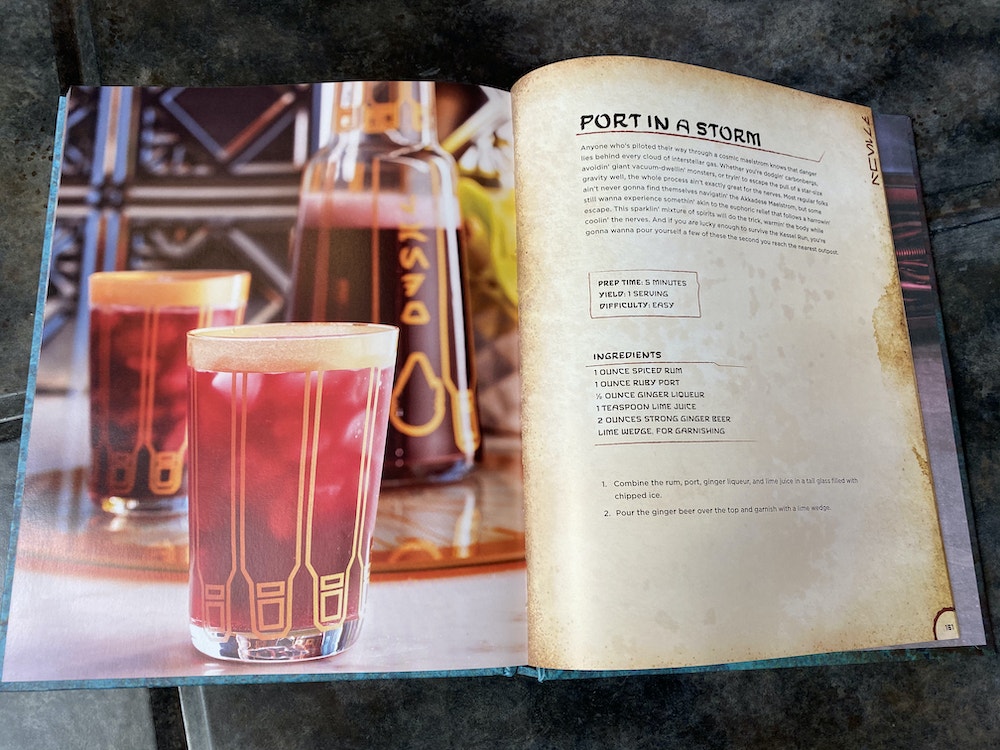 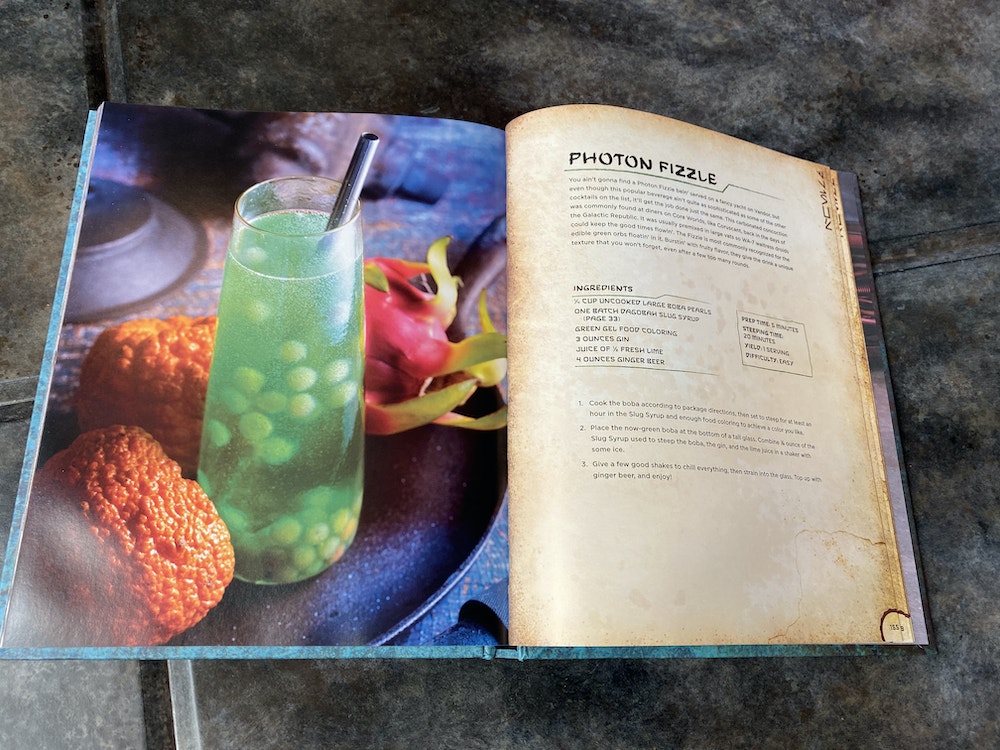 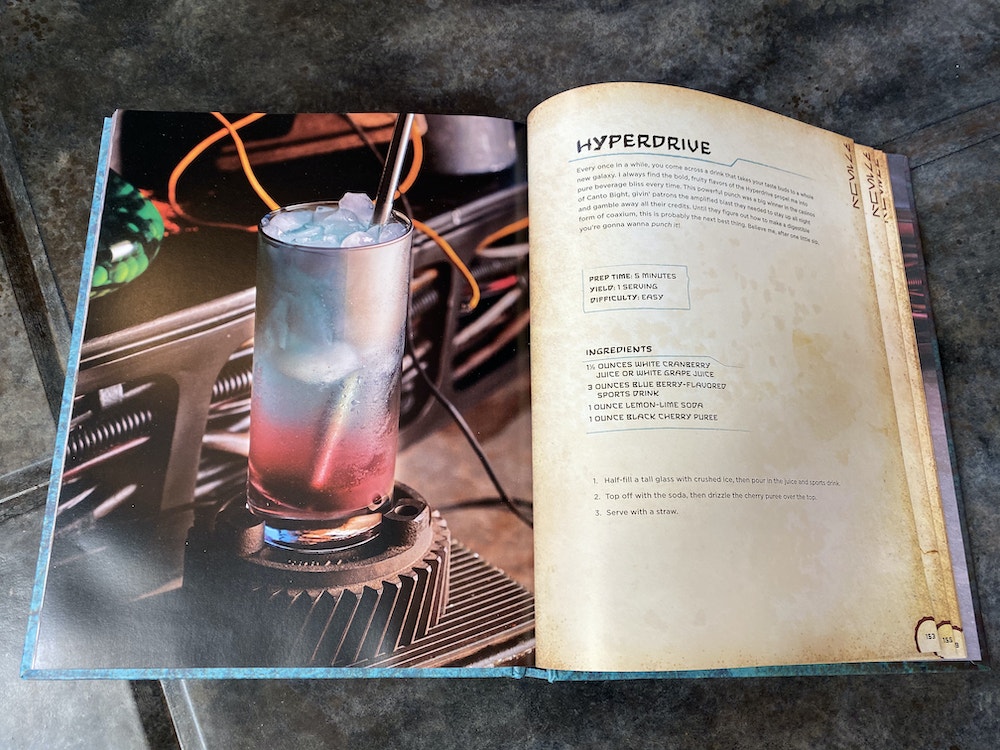 It doesn’t just feature food! You can also shake up a cocktail or two. 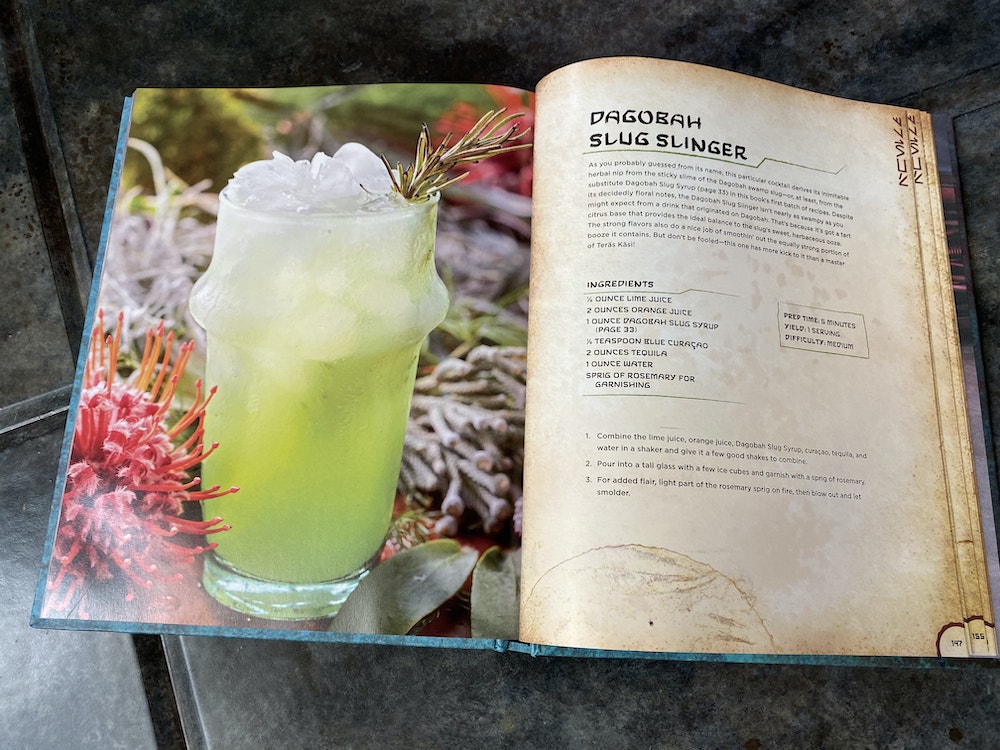 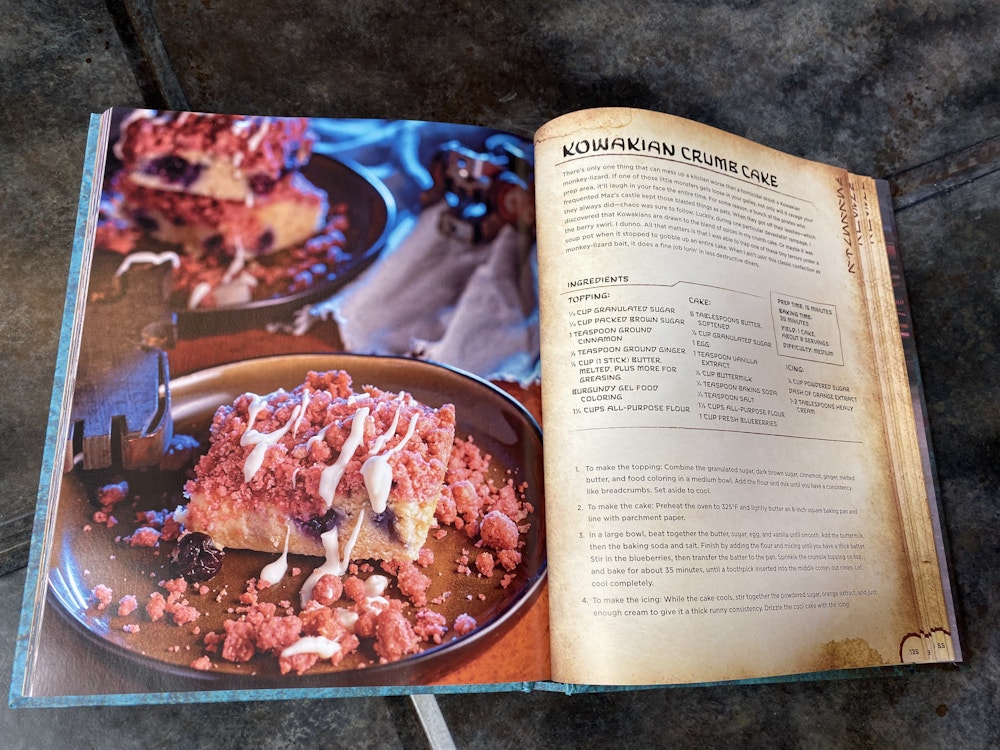 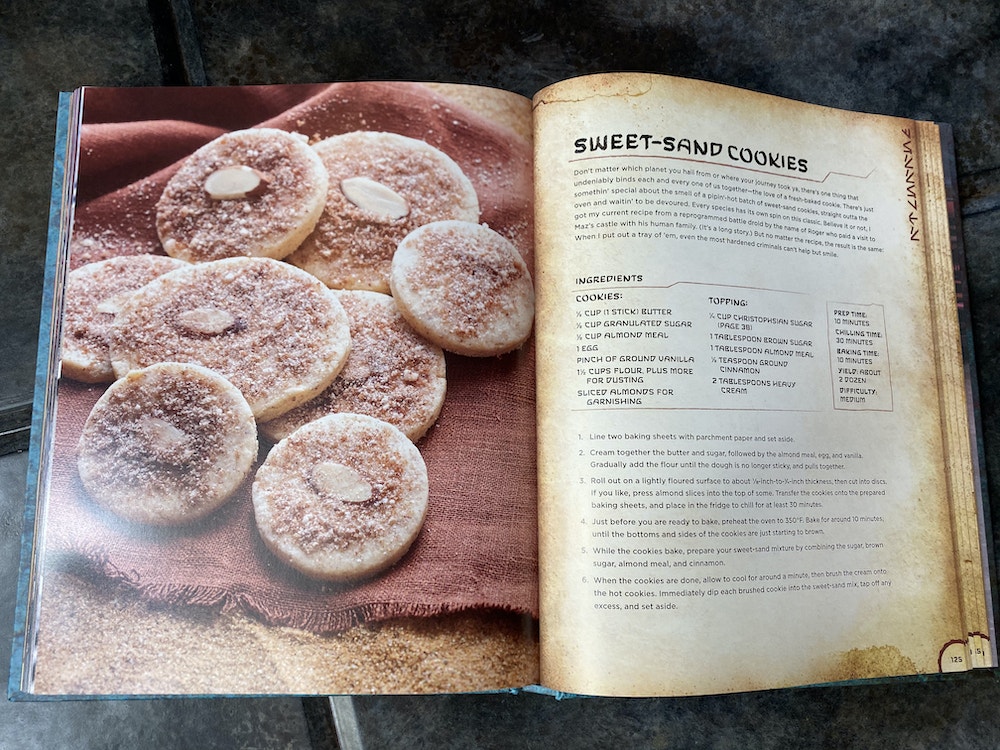 There’s certainly a lot to choose from, whether your whipping something up for your family or hosting a Disney Parks- or Star Wars-themed party. 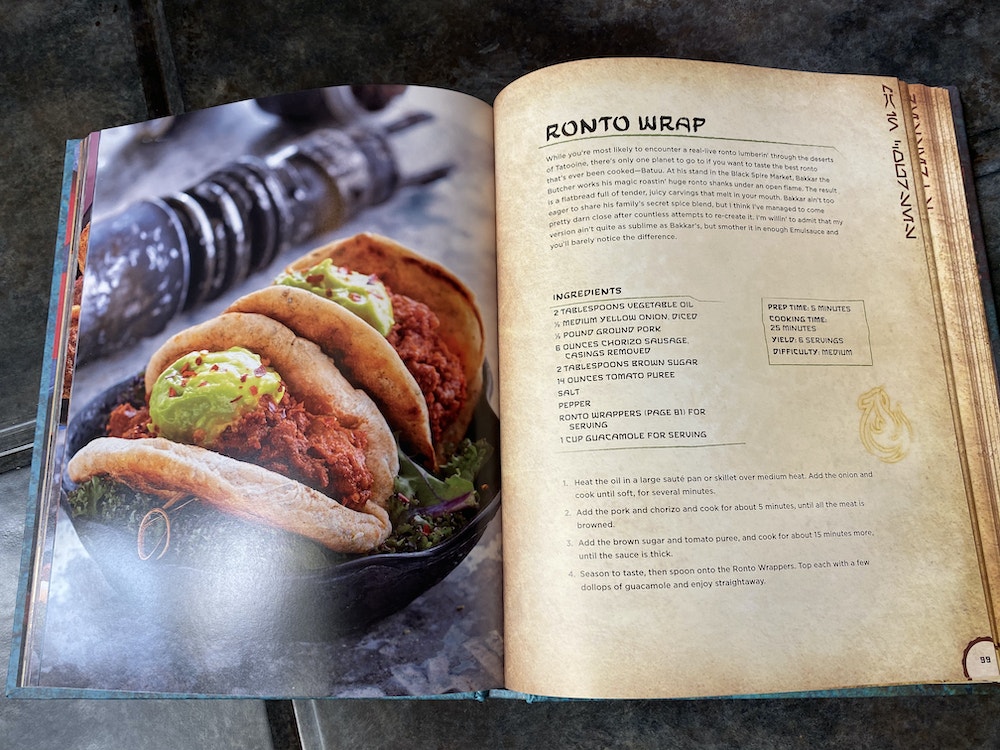 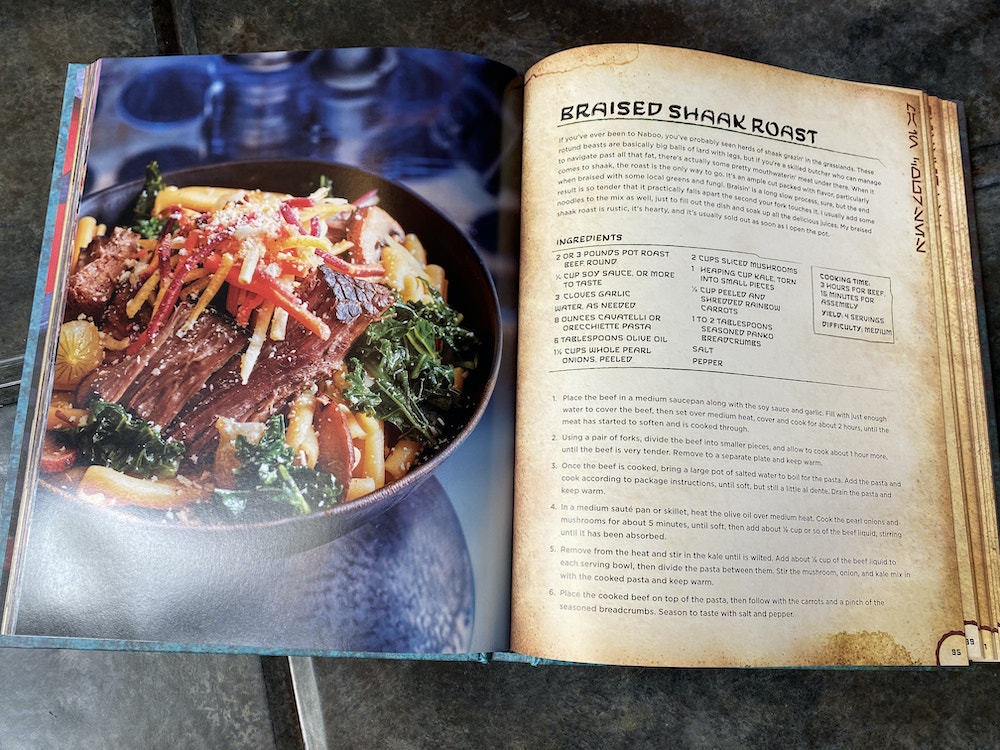 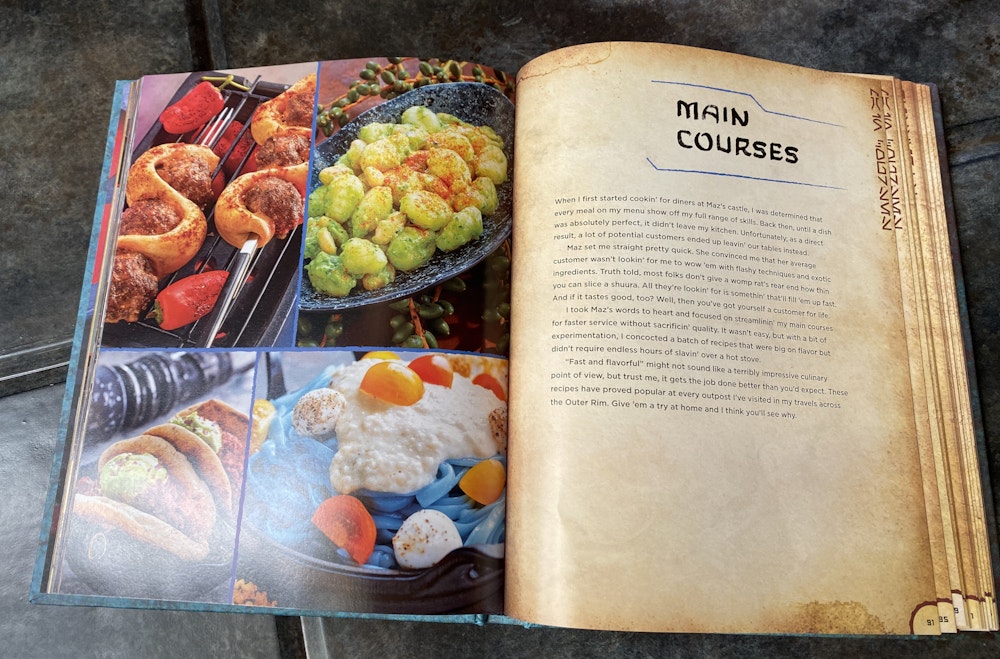 Like your typical cookbook, the sections are split up between main course, starters, etc. 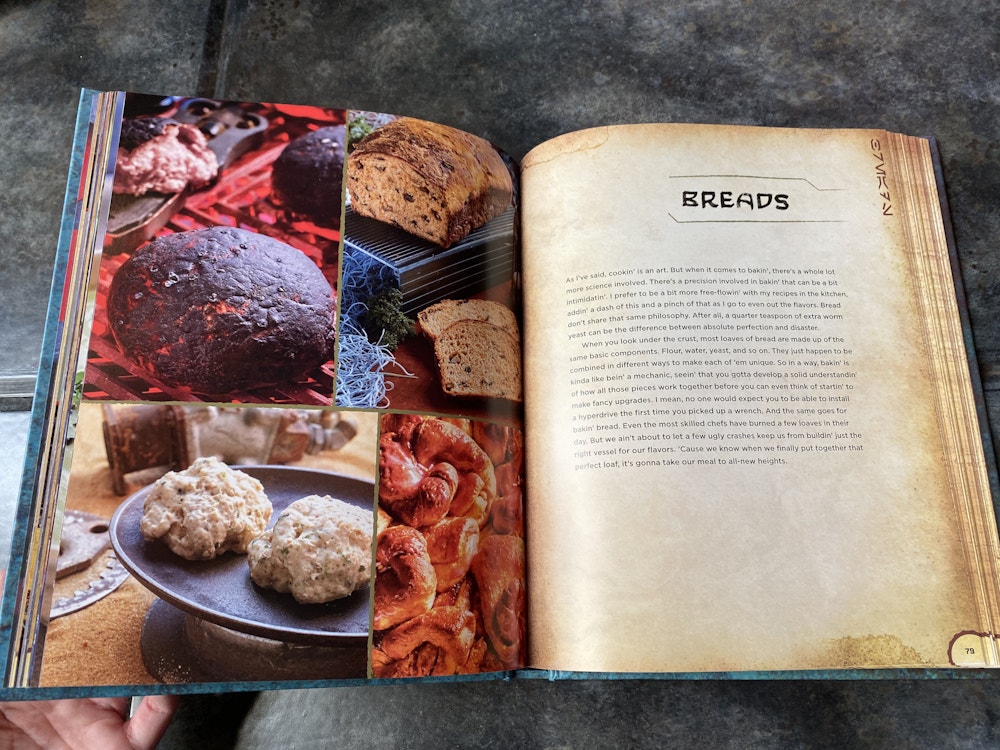 The cookbook is $35 and can be purchased at InsightEditions.com

And if you’re curious to watch us cook our very own Galaxy’s Edge feast, check out the video below:

What do you think about the cookbook? Does it inspire you to whip up a ronto wrap of your own? Let us know in the comments.

At Walt Disney World, you can catch Elise perusing the Minnie Mouse ear selection or drinking a lapu lapu at the Poly. She has a lifelong fascination with all modes of Disney transport and is looking forward to trying her luck as a Disney bus driver when she retires in 2050. Contact Elise at [email protected]

sadly this cookbook does not have all park accurate recipes. but I do suggest looking up on allears for any park recipes straight for the chef and sous chefs

I have the cookbook and it’s a lot of fun and very high quality. Unfortunately a lot of the food is nothing like that of the parks. In the book the Ronto Roaster is like a tomato based mince meat rather than sausage in peppercorn. It’s like the recipes in the book were designed before the ones for the park.