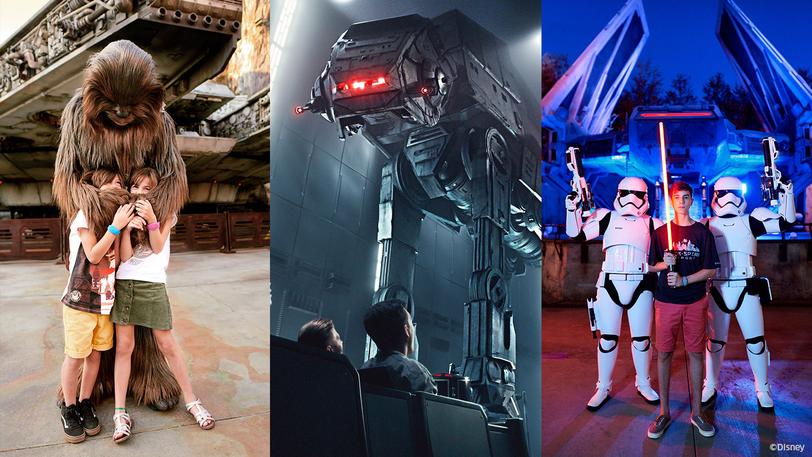 Omaze is back with yet another epic sweepstakes where you can help support the Orlando Magic Youth Foundation and win a private, VIP, Imagineer-led tour of Star Wars: Galaxy’s Edge.

You and your crew are off to a galaxy far, far away (yes, in Florida) for the ultimate Star Wars adventure. You’re not only going to visit Star Wars: Galaxy’s Edge at Walt Disney World® Resort… you’re going on a private tour with a Walt Disney Imagineer! That means you’ll learn all about this incredible land and the work that went into it, then go and experience it for yourself. Because the best part about Star Wars: Galaxy’s Edge is getting to be the main character in your own Star Wars story. So sip on drinks at Oga’s Cantina. Punch the Millennium Falcon into hyperdrive. Team up to escape a First Order Star Destroyer. And make your story epic! Flights and hotel included for you and four guests.

YOU AND 4 GUESTS WILL:

You can invite up to 20 additional guests—but they have to pay for their own flights and hotel.

No donation or payment is necessary to enter or win this sweepstakes, but you do have options for additional entries via a donation to the Orlando Magic Youth Foundation:

To enter the sweepstakes and read full details, click here. You have until April 14 to enter, and a winner will be announced on April 29. May the Force be with you!