Wrong movie, but it does seem like Flora and Merryweather have tapped their wands one too many times in the direction of Cinderella Castle. 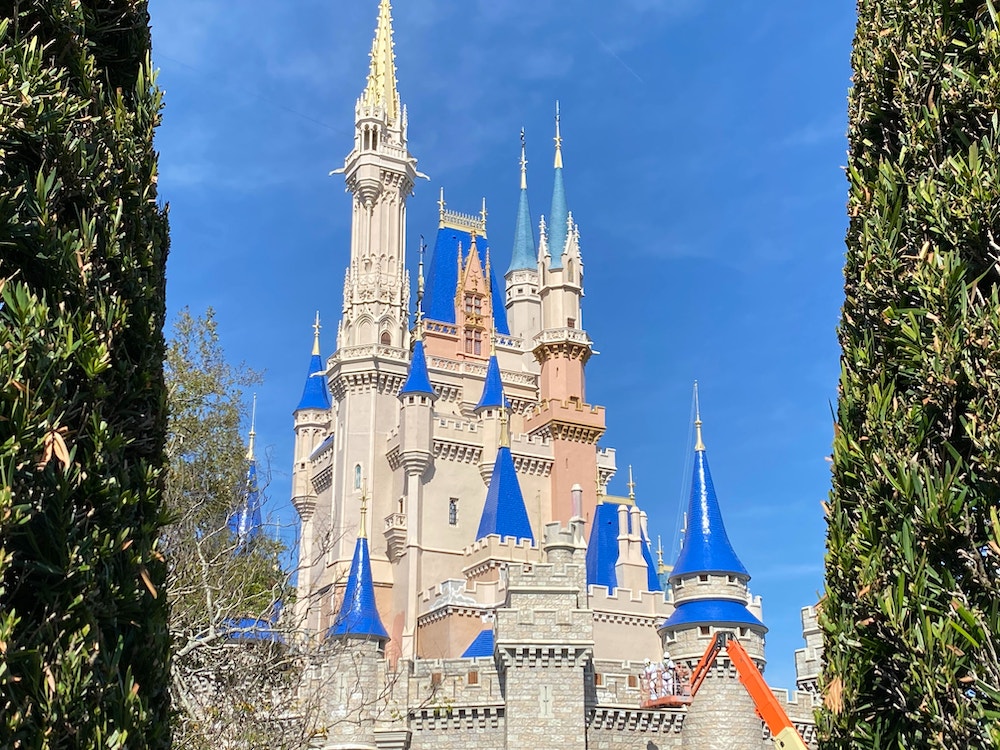 With the planned closure of Walt Disney World, only a day away the parks were eerily empty this morning, but that didn’t stop workers from whistling while they worked hard on the Cinderella Castle repaint. 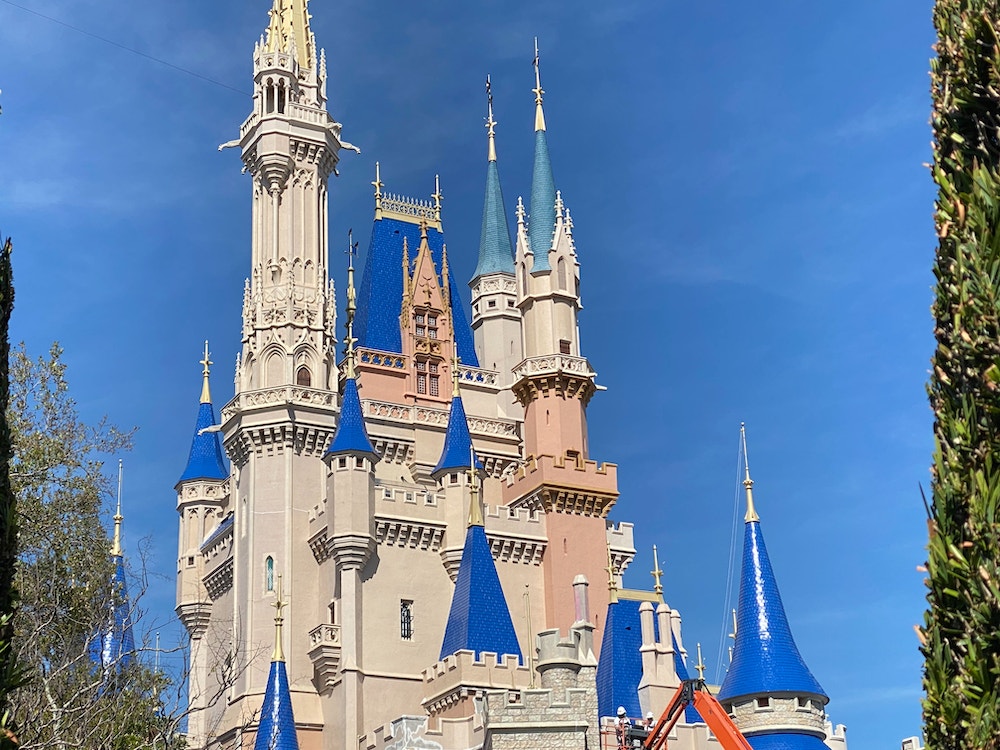 In our last update, we reported on the first signs of a “Rose Pink” color being added around a high sectioned window and it seems the pink hue has since spread with the lower half of a turret to the right of the castle now receiving the same paint job. 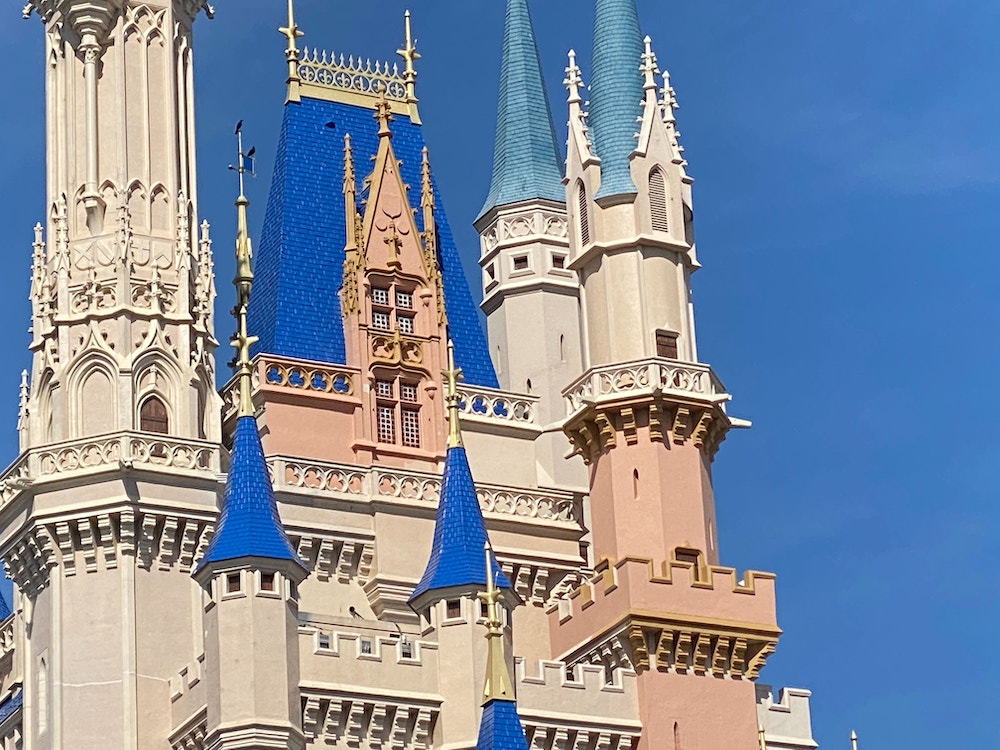 If you look closely you can even see the beginnings of the gold accents on the lining of the turrets as well. 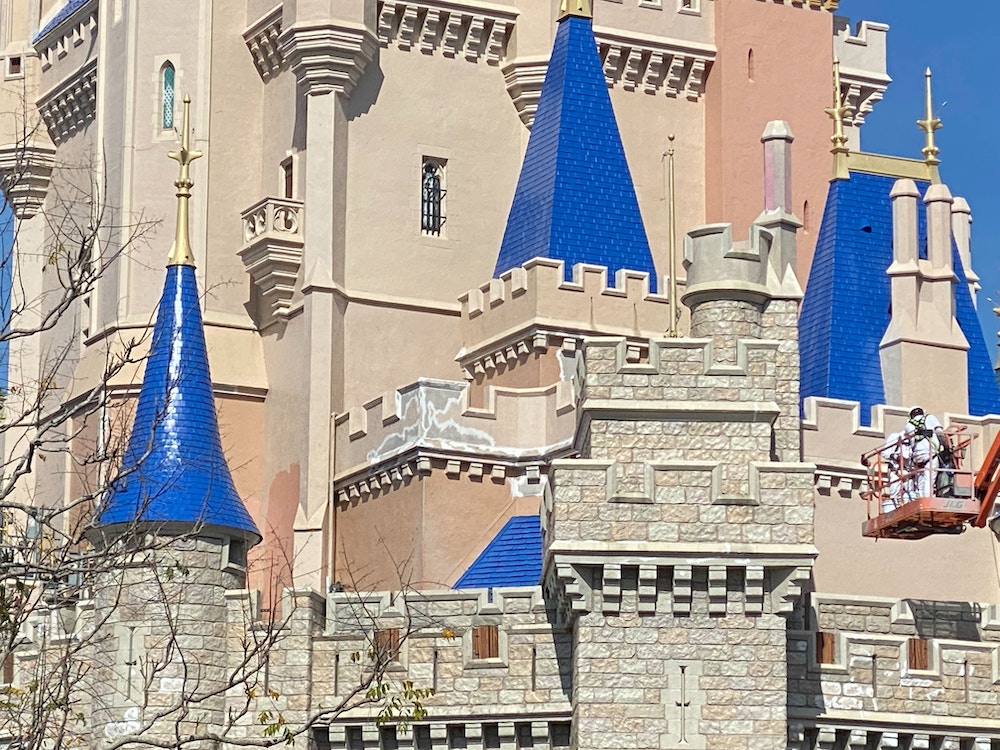 Furthermore, if you look at the left of the building you can see a patch of pink being started on another side as well as other areas seemingly being prepped for a repaint. 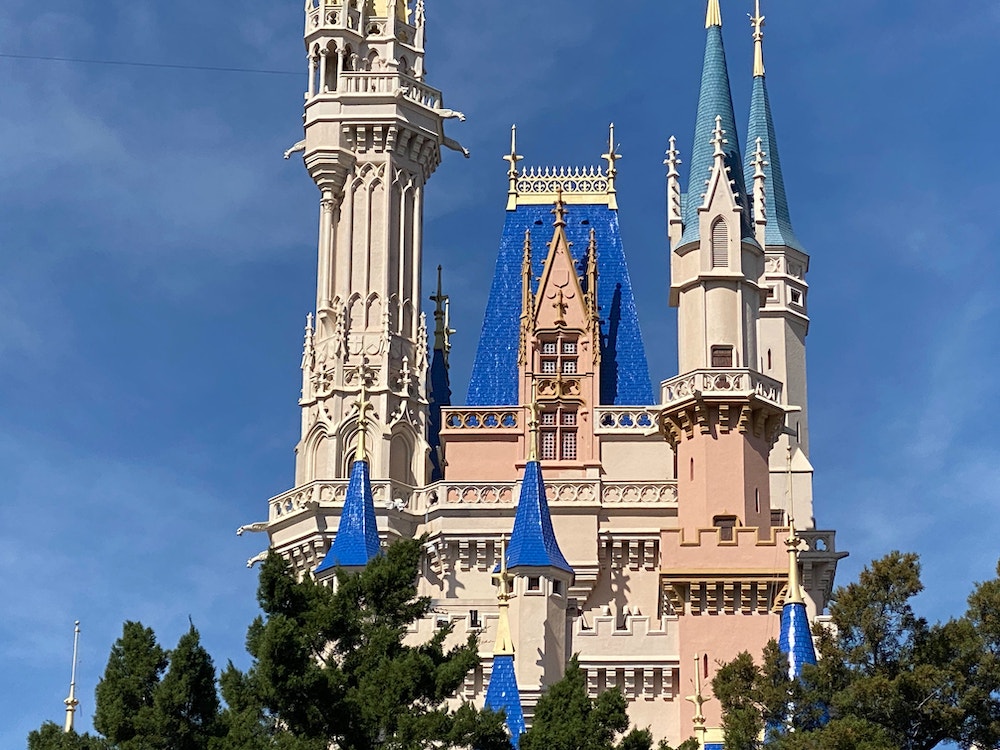 Some areas near the window also seem to require a second coat as they are still some white patches that need covering. 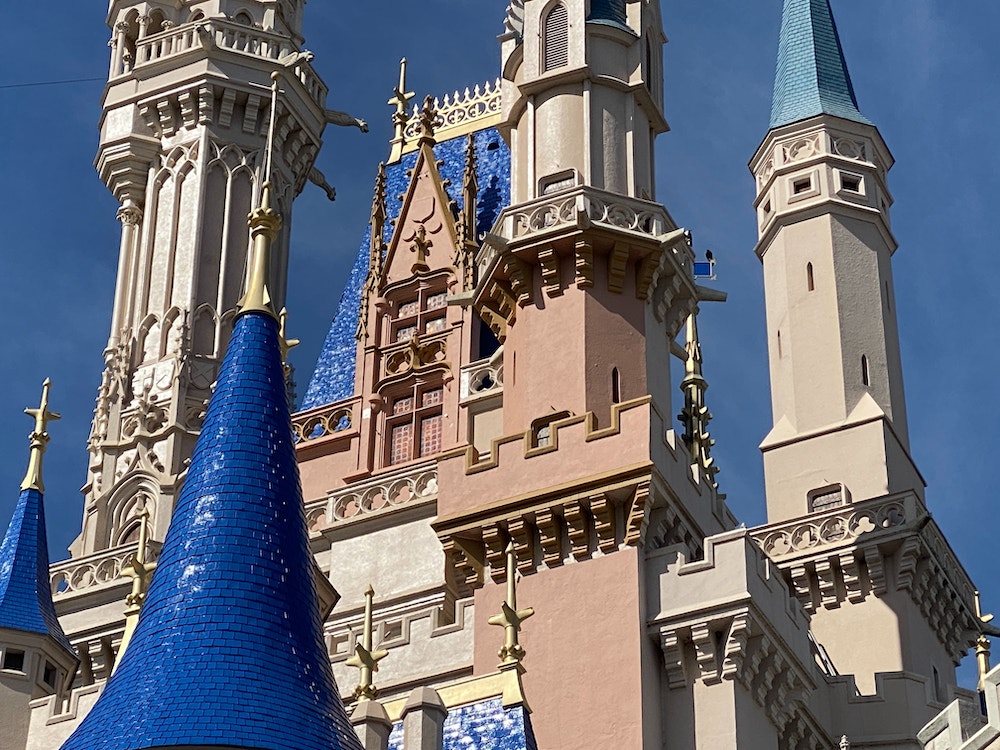 When it comes to the tops of the turrets, all but two have received the new bright blue paint which stands out nicely against sunny Florida sky. 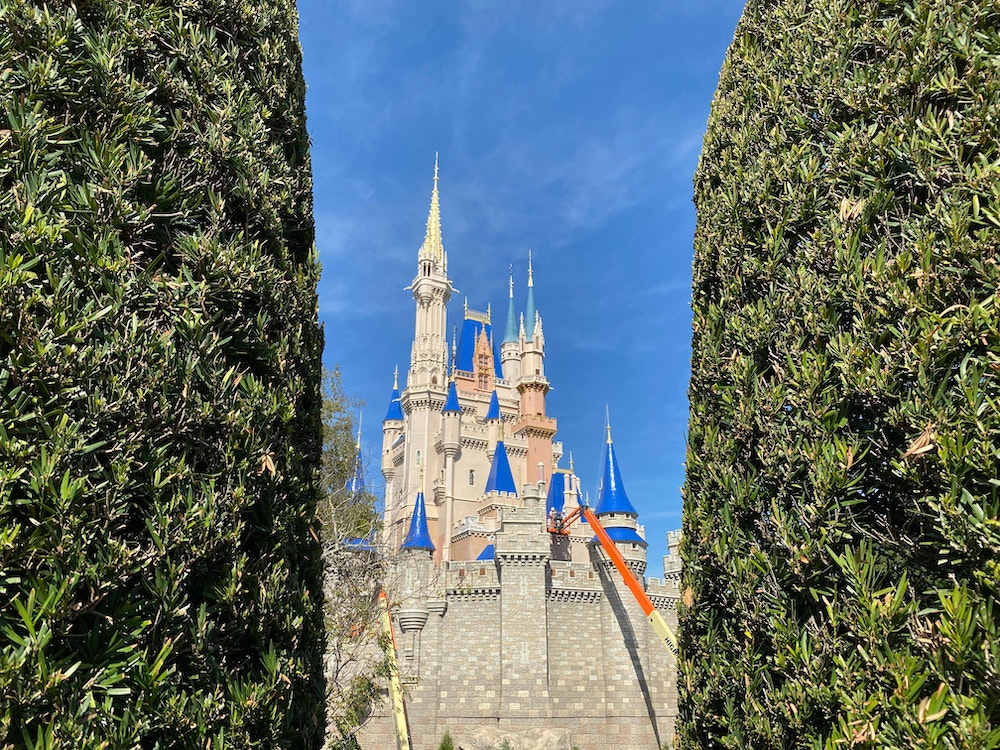 At this time we don’t know what’s going to happen during the Walt Disney World shutdown to the progress of this iconic castle, but who knows? Maybe when the park re-opens the castle will be all painted and polished and ready for us to feast our eyes on. One can only hope.