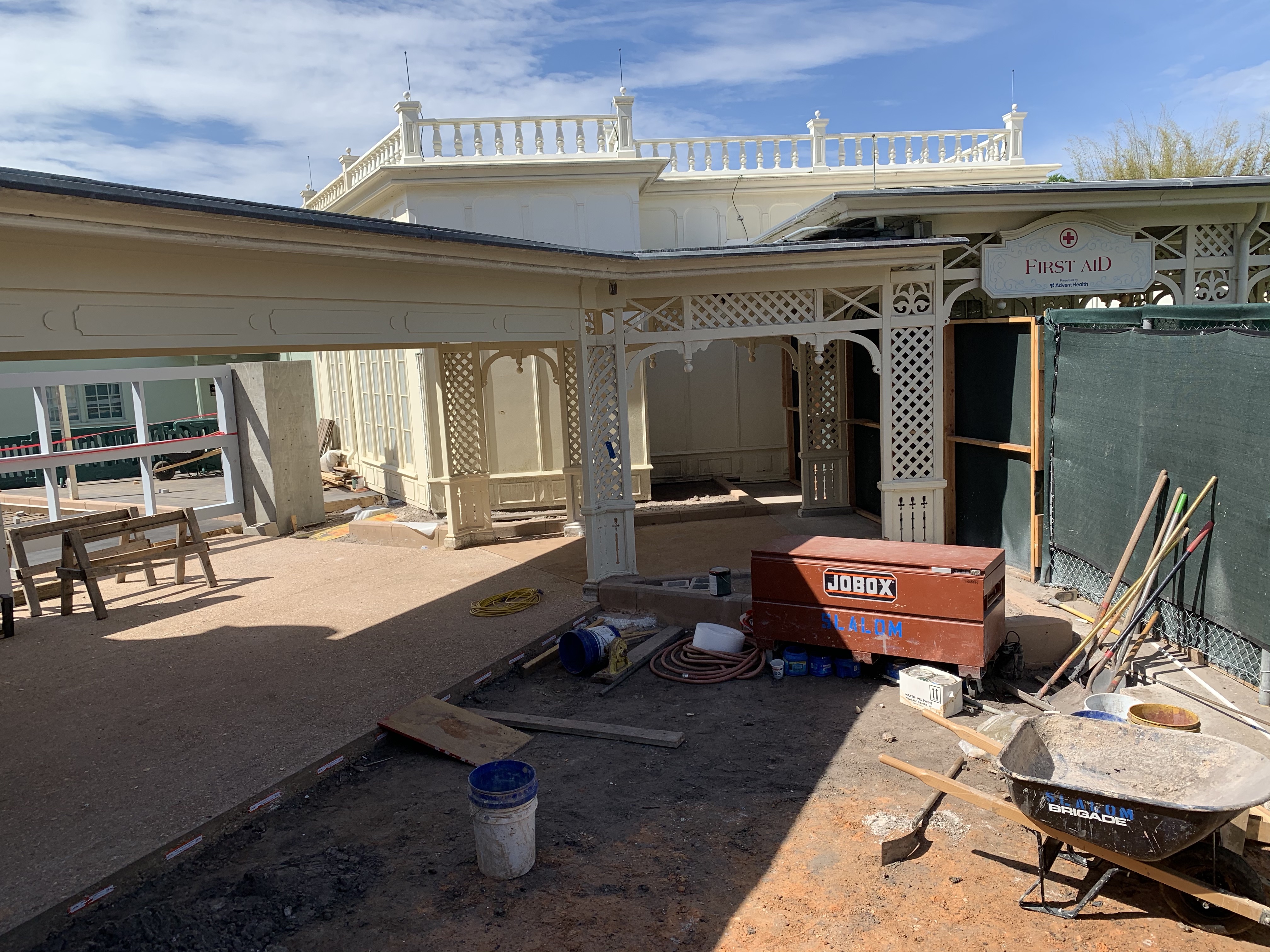 With the constant flow of people walking through Magic Kingdom, more walkways are always appreciated! The new walkway behind Casey’s Corner near the restrooms has been making some progress lately, let’s take a look! 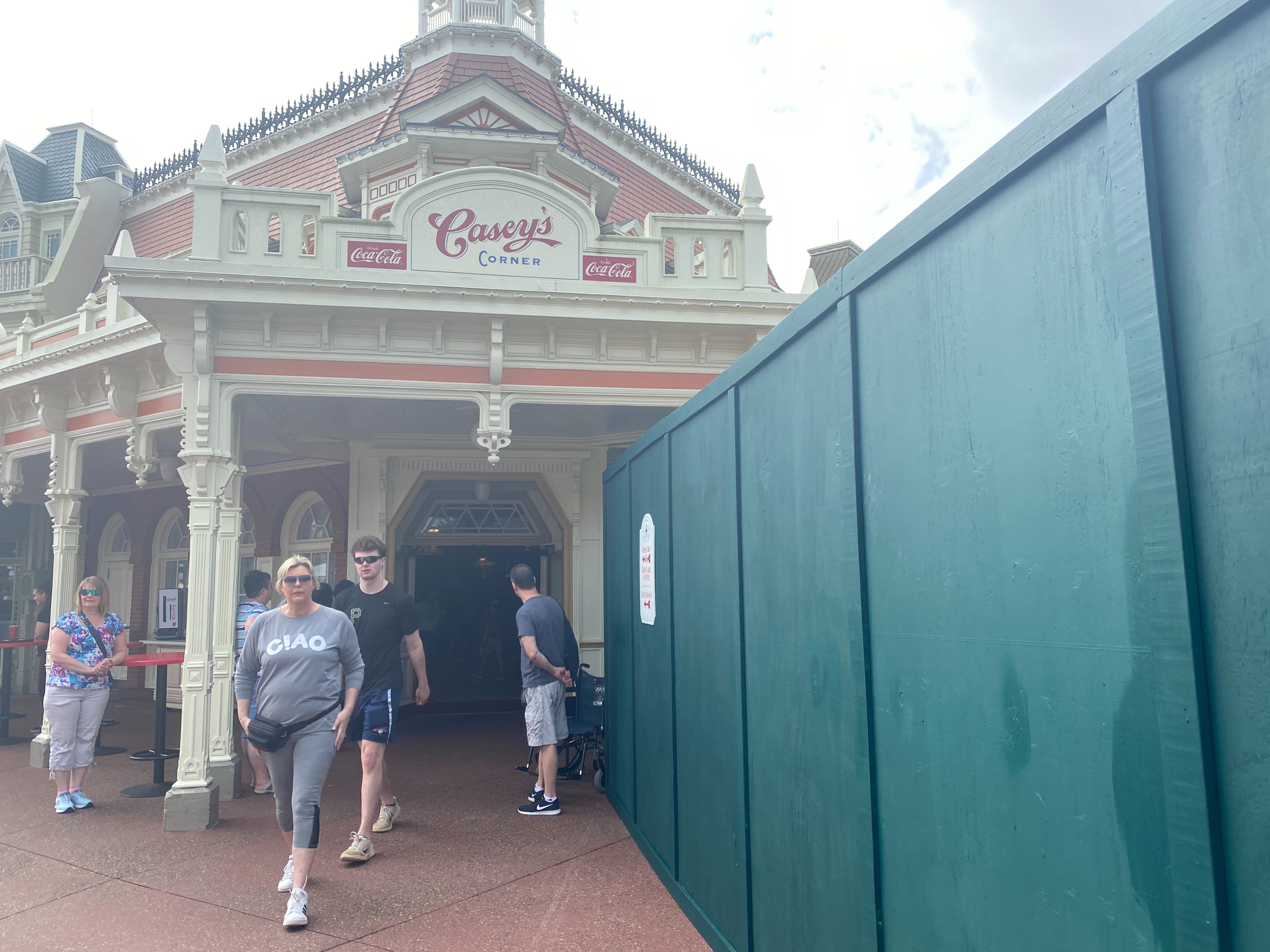 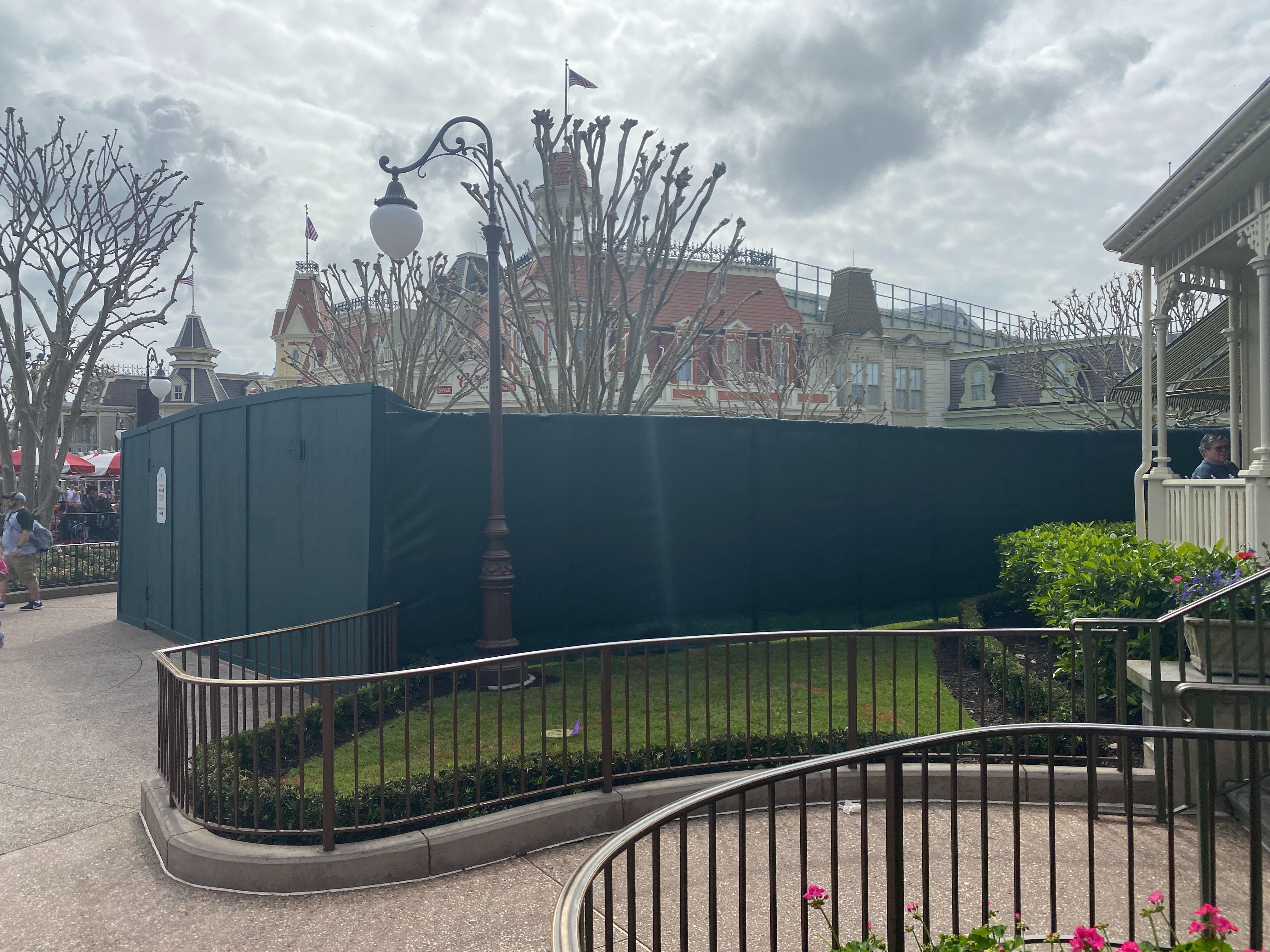 There have been scrims in place in front of Casey’s Corner for a bit now, but we have now seen the scrims moved up almost parallel with the seating at Casey’s Corner and Crystal Palace.

We were here a couple of days ago and snapped these pictures of the work being done between the walkway and backstage. Here, you can see construction materials spread out throughout the site and all of the original pavement in the front portion has been removed and the ground flattened. 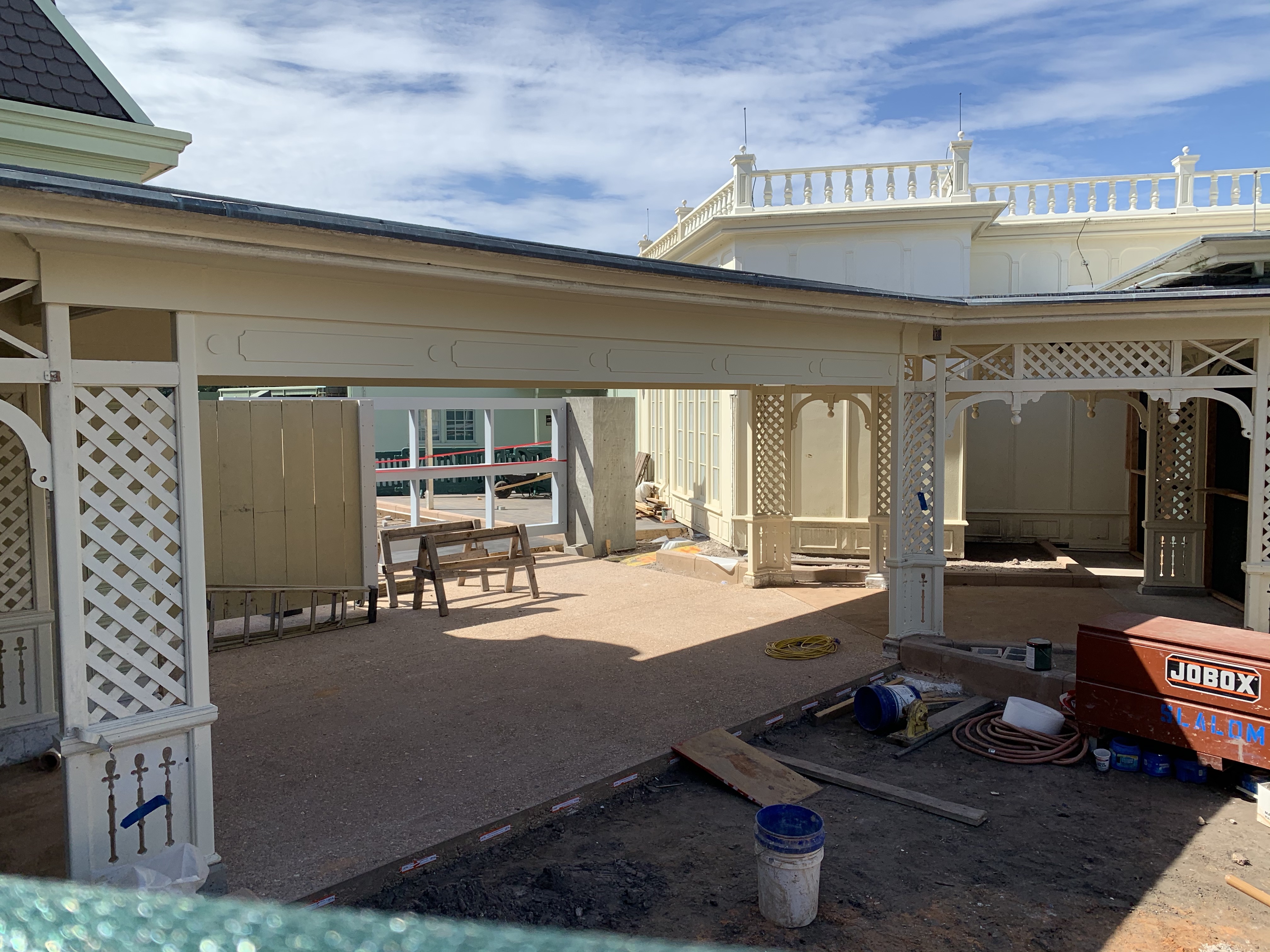 Towards the back, you can see some more concrete has been removed and the area is being prepped for the new pavement to be laid. 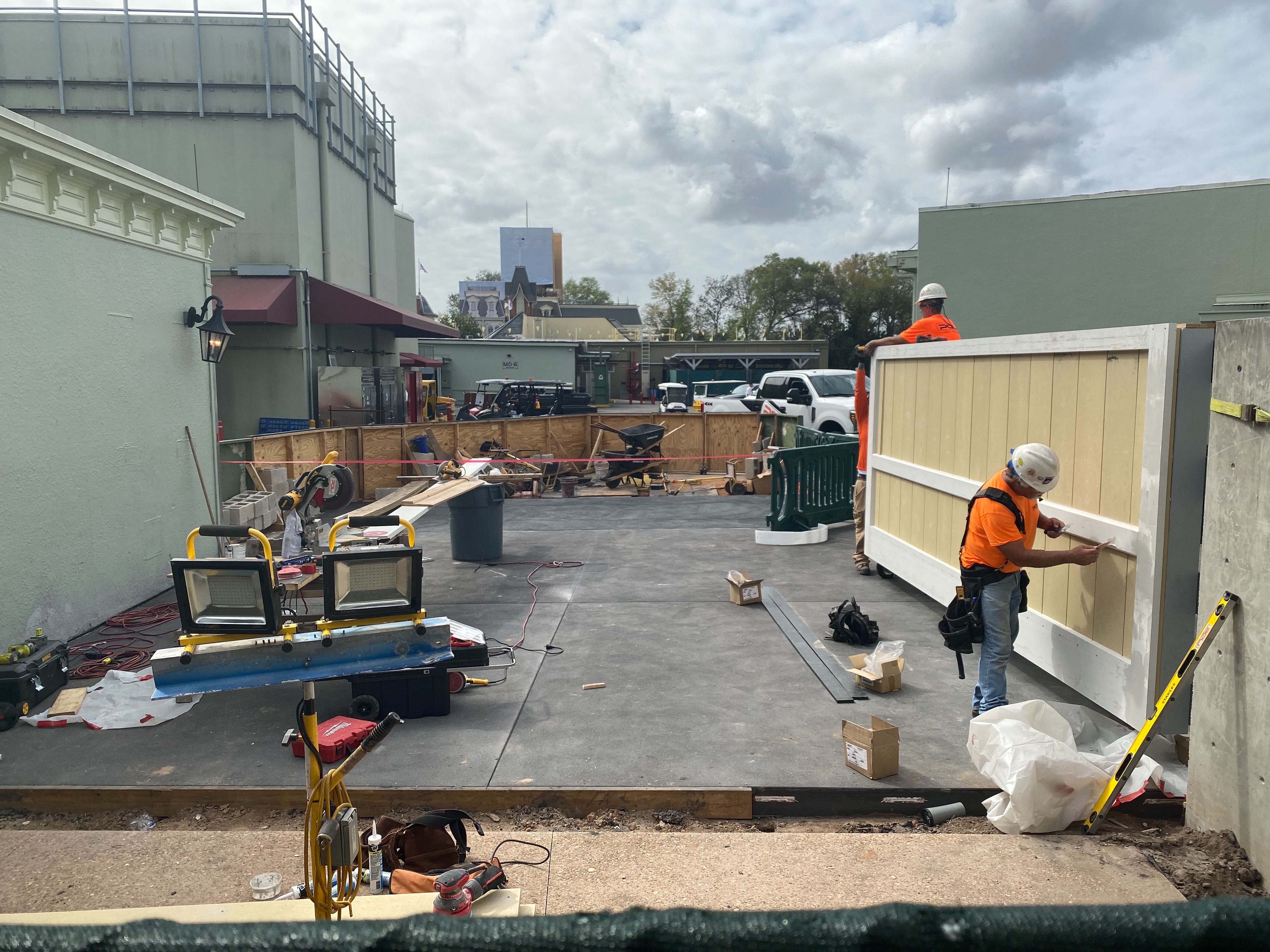 There have been some paving happening backstage to connect it to the onstage area, and a large push gate, similar to what is on the other side of the street in-between Plaza Restaurant and Tomorrowland Terrace, is being installed. 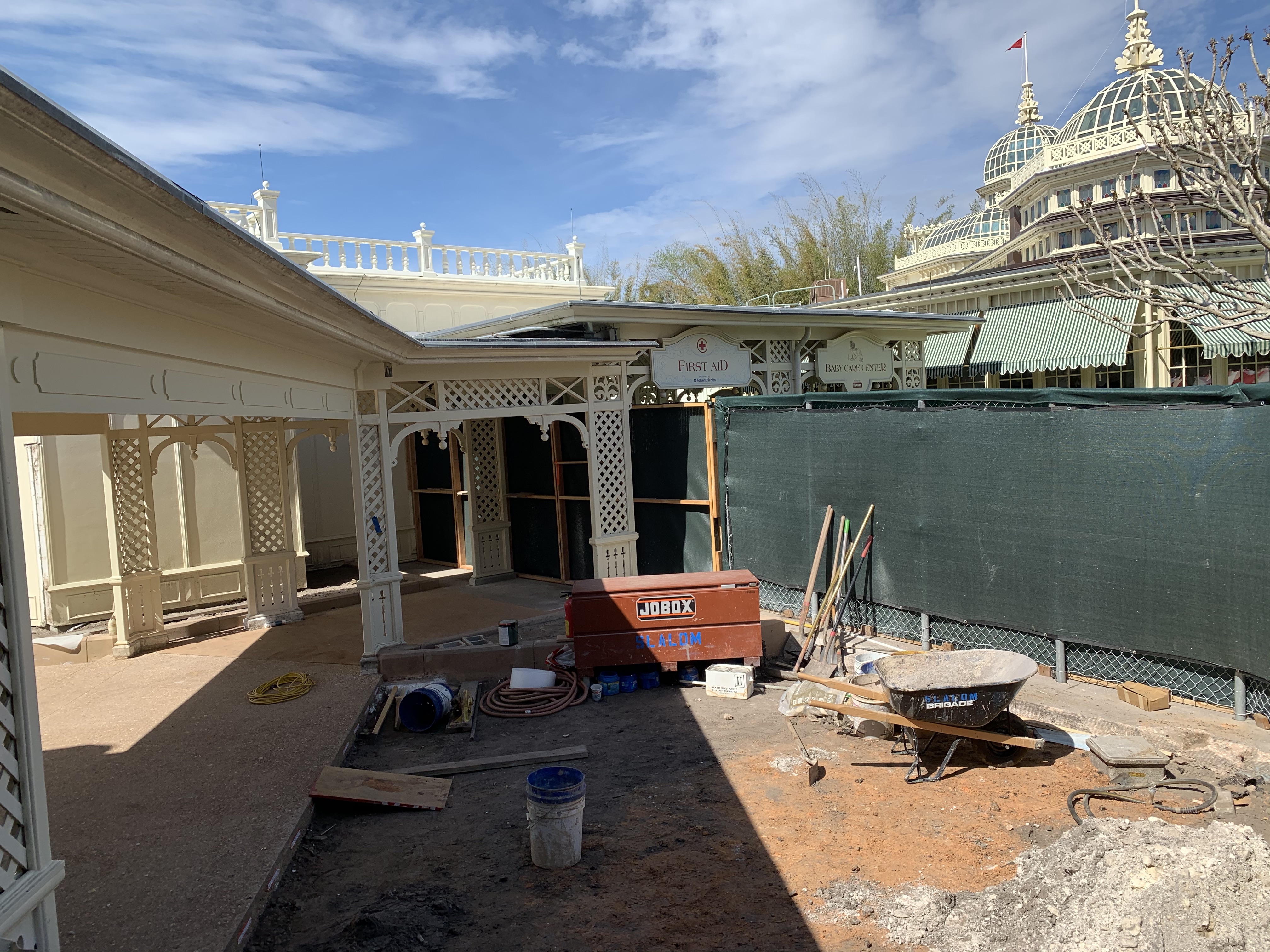 The covered area has also recently been painted and is looking very fresh! 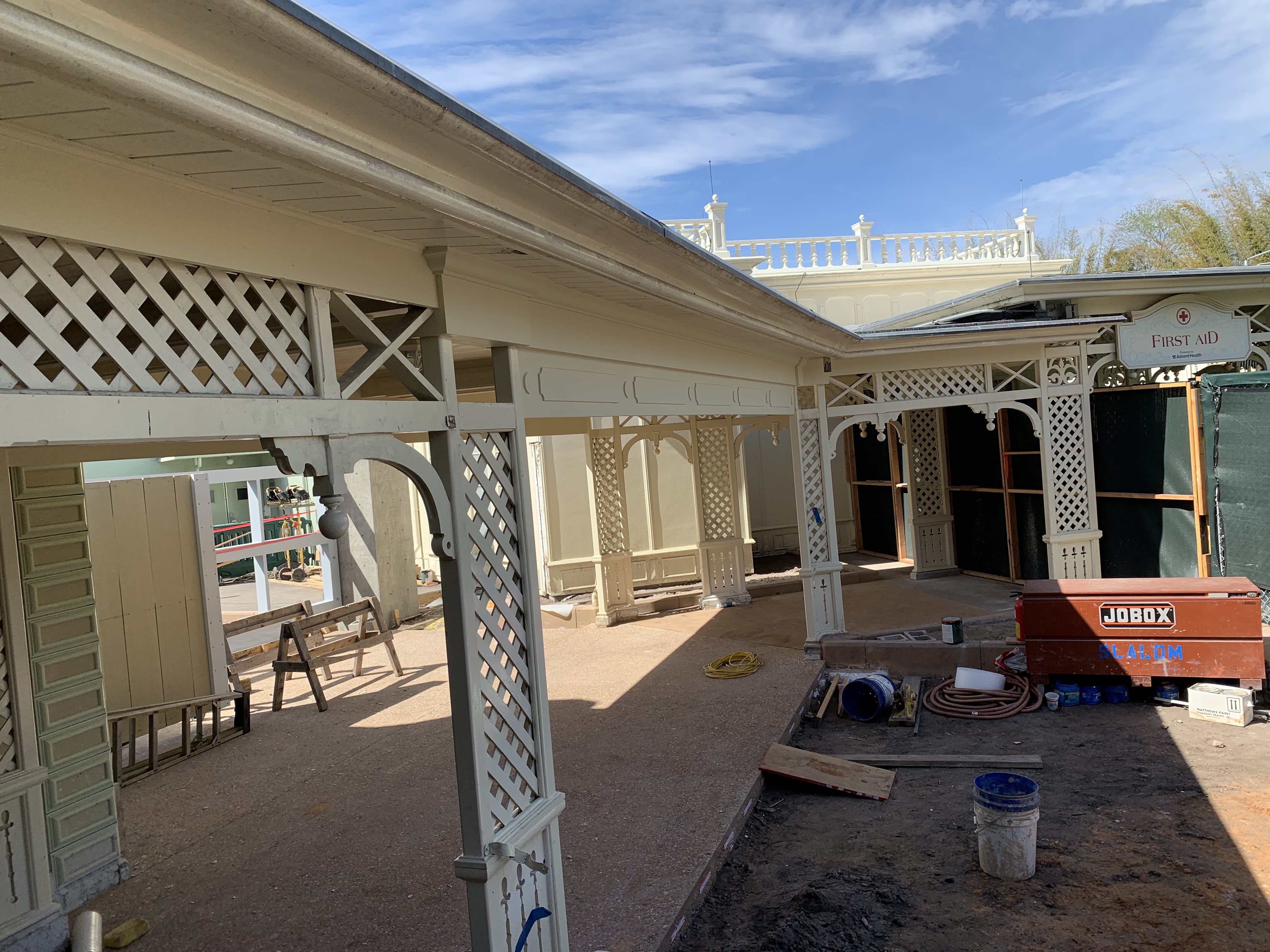 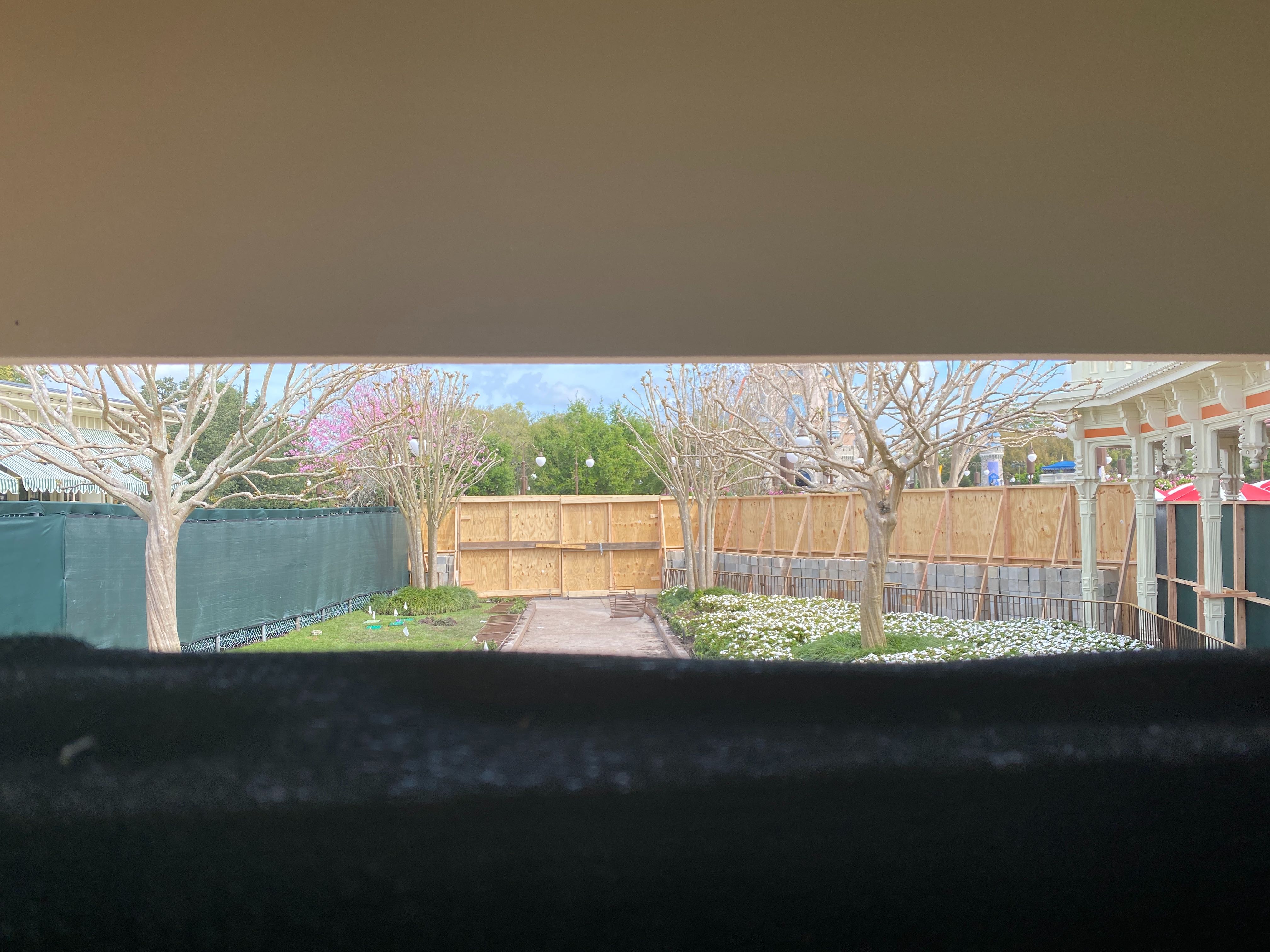 Today when we came back, we could see the project had extended to encapsulate the entire garden area in-between Crystal Palace and Casey’s Corner. 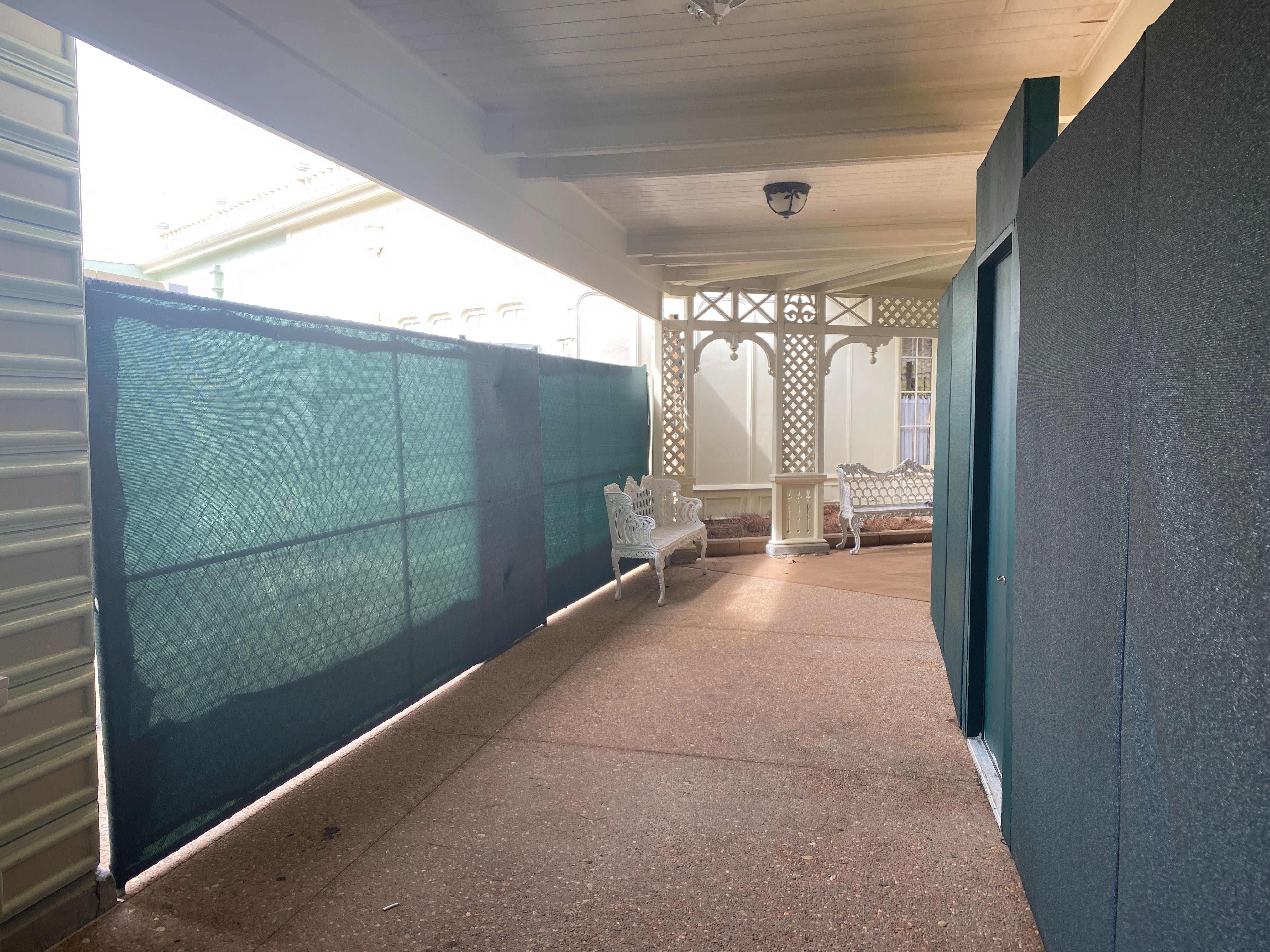 The area backstage was now completely walled off by a temporary scrim. There was now a clear path from Casey’s Corner to Casey’s Corner Restrooms to First Aid, which had been temporarily impeded. 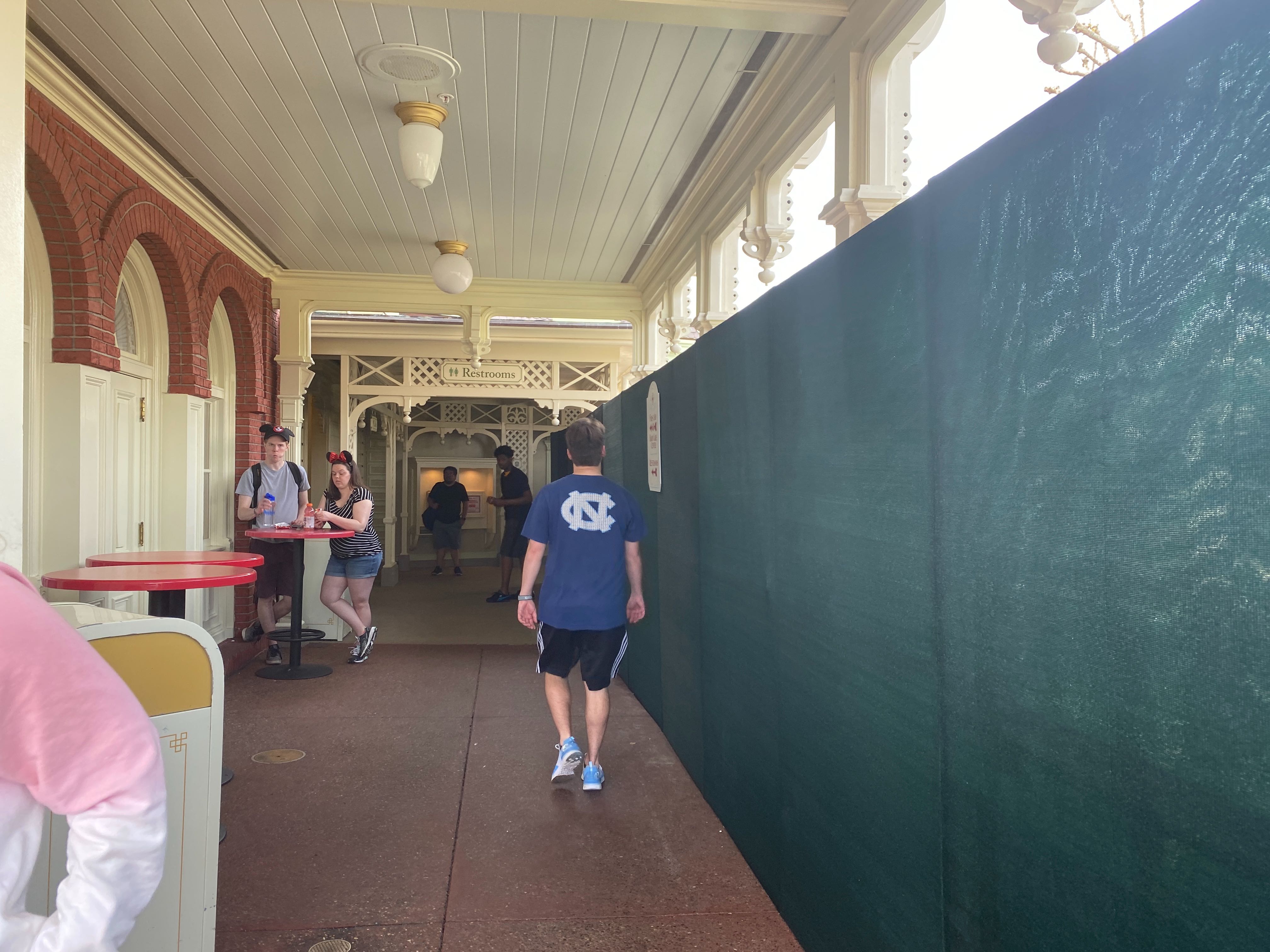 Signage directed guests to the restrooms and around to First Aid. 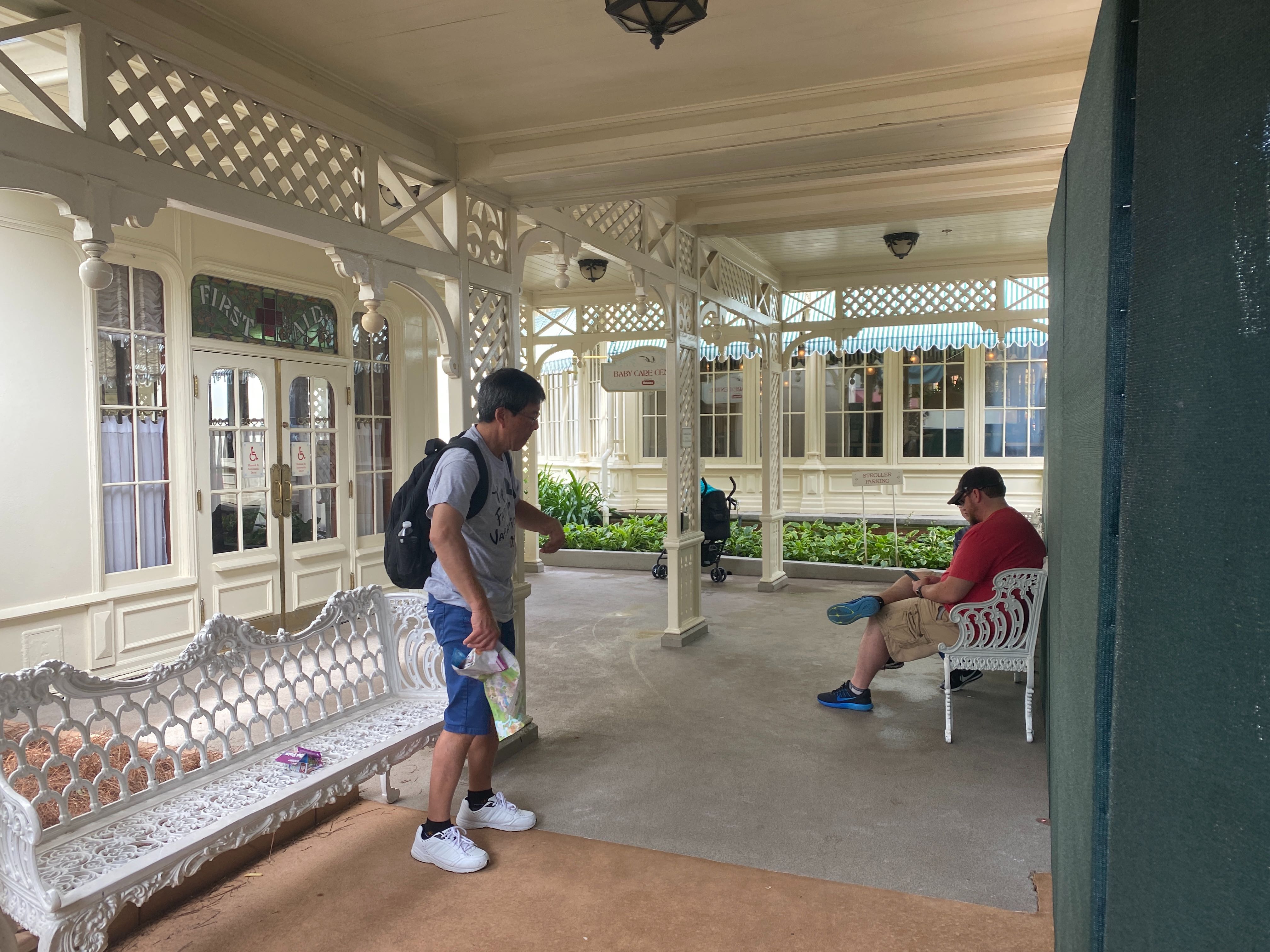 For the time being, those who want to seek out a very secluded (while even at this time filled) seating area, this is truly a life hack. This widening of the overall park exit flow will be an awesome addition once finished and could potentially be utilized for things like Private Event entrances as well.

We will keep our eye out for this developing project in the future!