Likely out of precaution for the Coronavirus (COVID-19) outbreak, which has been officially deemed a pandemic by WHO (World Health Organization), Disneyland Paris has cancelled the Disneyland Park Adventures Annual Passholder event that was set to take place this Friday, March 13th. 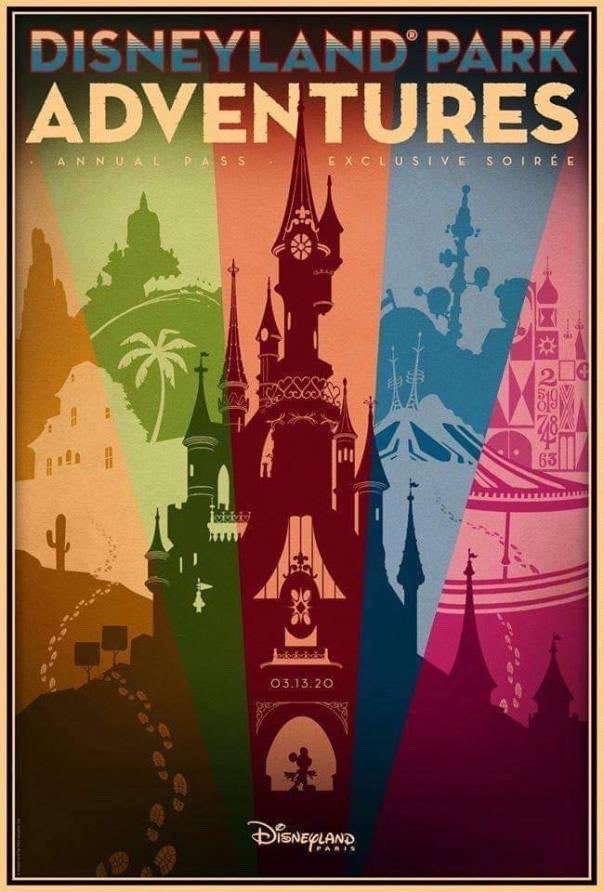 According to OutsidEars, information has yet to be released regarding reimbursements for ticket holders.

This announcement comes on the heels of two more Cast Members being confirmed as having the virus.

Due to rising concerns over transmission of the virus, France has established a temporary ban on gatherings of more than 1,000 people in a confined space. Disneyland Paris has yet to comment directly on the ban.  New safety precautions were laid out for various entertainment venues and restaurants, as well as changes to attractions, like the suspension of Single Rider queues.

We’ll keep our eyes on developments here in Paris as well as in Tokyo, Shanghai, and Hong Kong regarding the COVID-19 outbreak’s effect on Disney Parks operations.