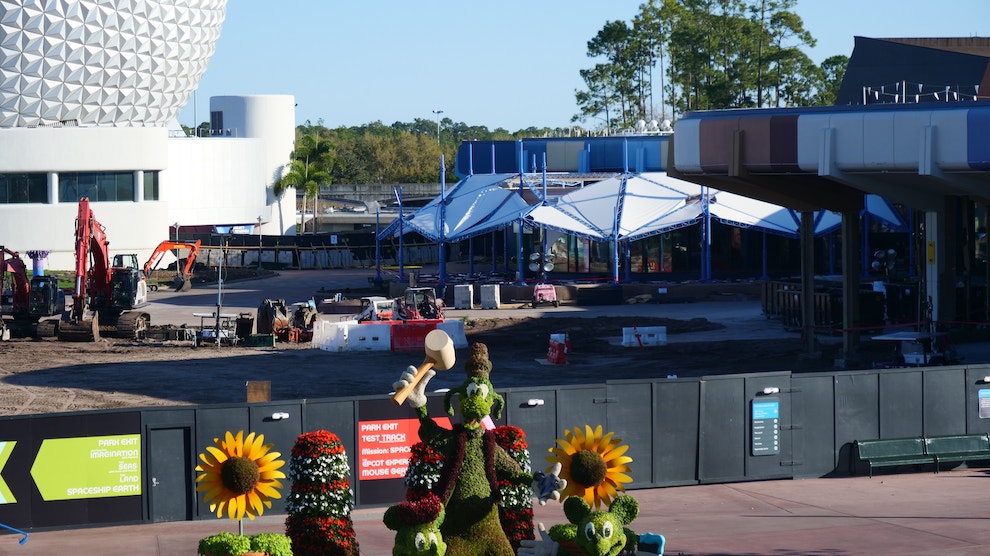 There is certainly no shortage of construction projects occurring within EPCOT. One of the most visible, impactful, and perhaps even emotional, is the demolition of nearly every element of Future World Central. In the past few months, we have seen the closure and gutting of MouseGear and Electric Umbrella, the razing of half of Innoventions West, and the complete leveling of Pin Central.

As this massive project presses on, we are continuing to see the Innoventions buildings stripped down to their structural steel with little else surviving the multi-year transformation. 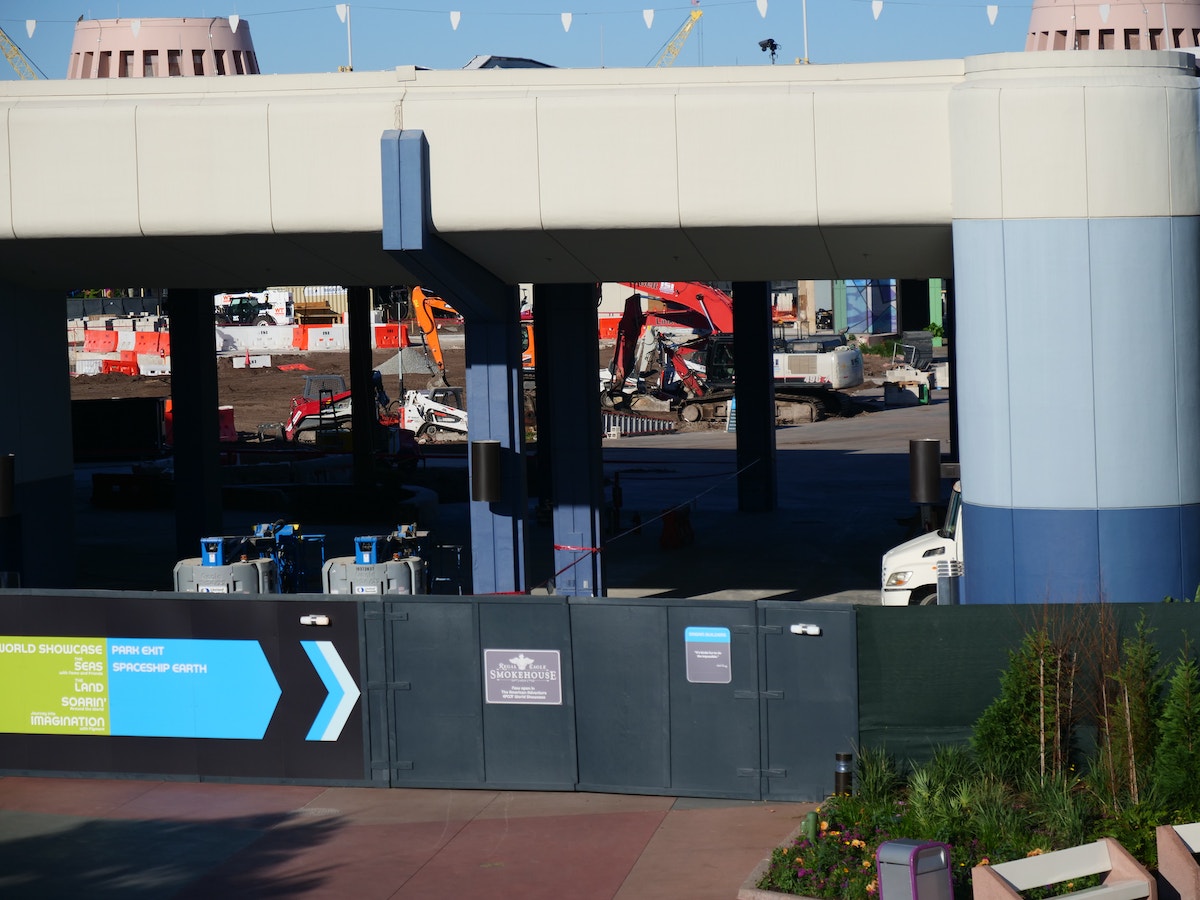 Innoventions East is expected to stay standing, but little aside from its core structure will remain intact. This picture is primarily of the breezeway, but the left side shows elements which used to be walls. 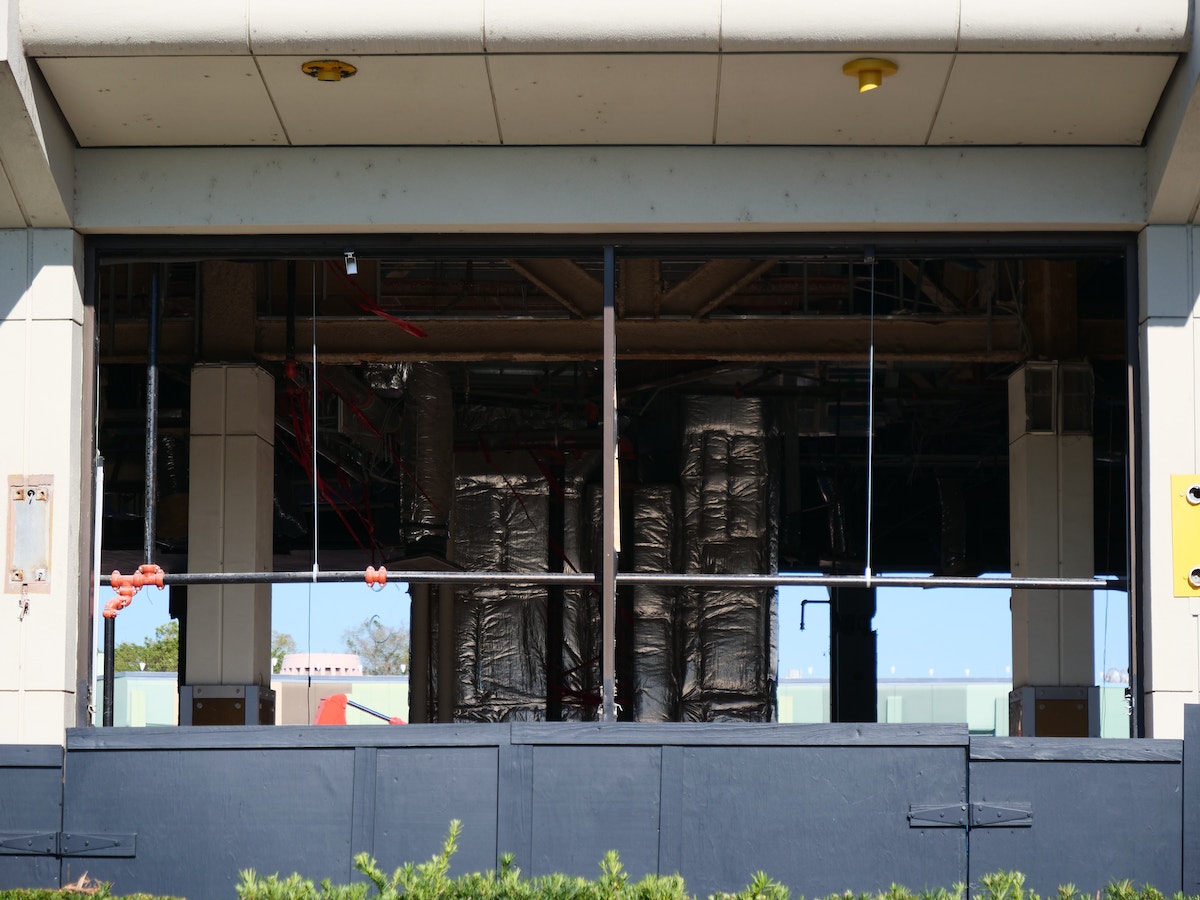 When viewed from near The Land Pavilion, you can look through the remaining portion of Innoventions West straight through to the other side of the park. This was not a breezeway, but was formerly enclosed interior space. 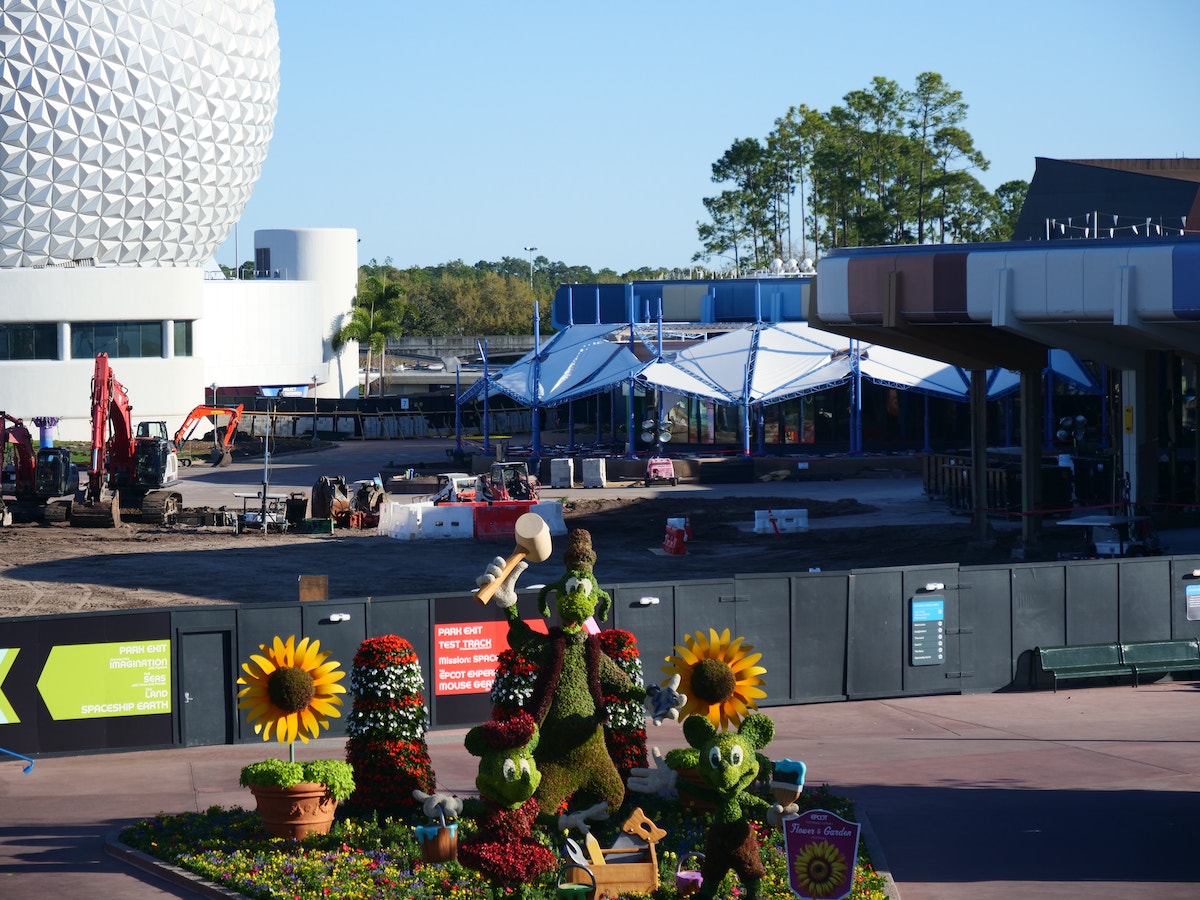 Pin Central is, of course, completely gone from Future World after the canopy structure and shop building were completely torn down and removed only five days after it was closed. You can even see the beginnings of removal for the Electric Umbrella canopy, with some panels already missing. 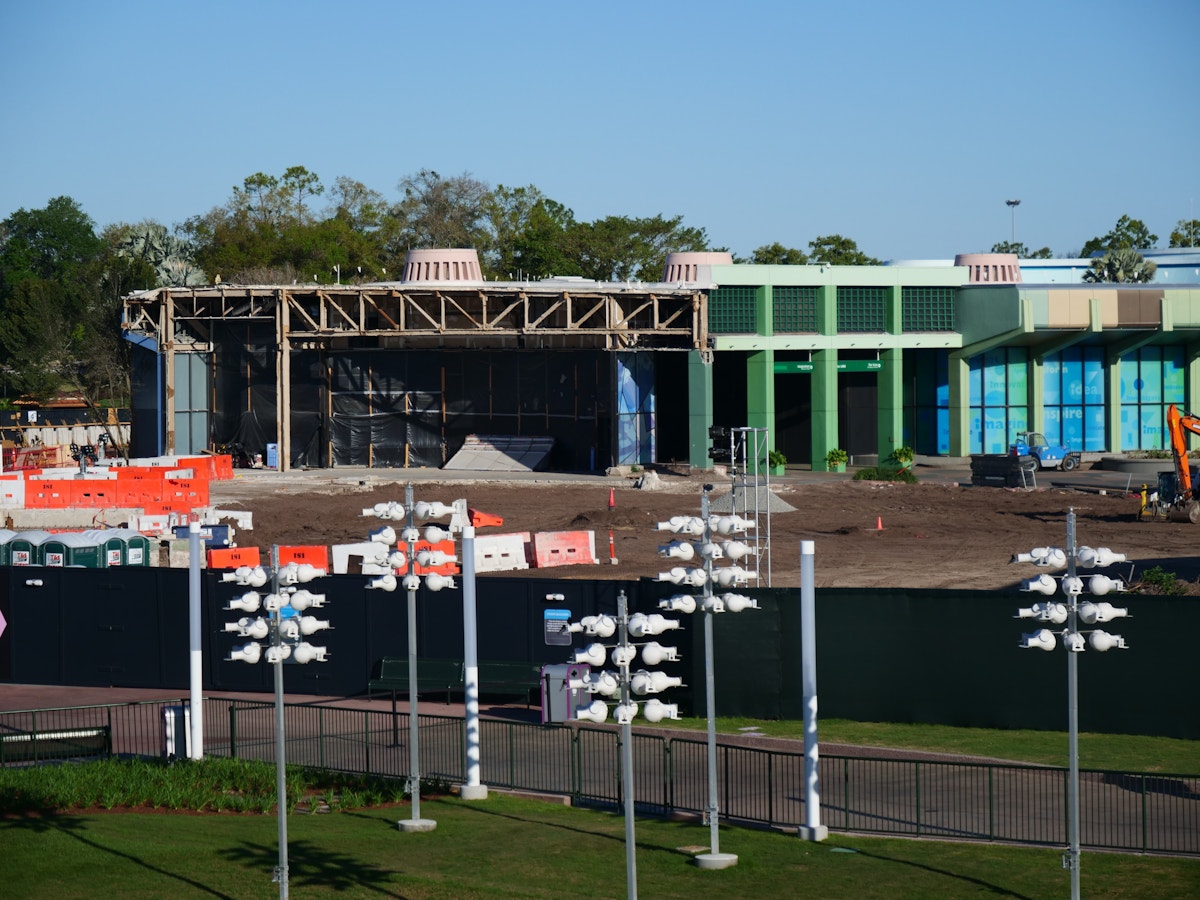 This view of Innoventions West shows the remaining half of the building, which is expected to be totally leveled as the project continues. The Moana-inspired Journey of Water attraction is expected to take up a fair bit of the land that will be freed up. 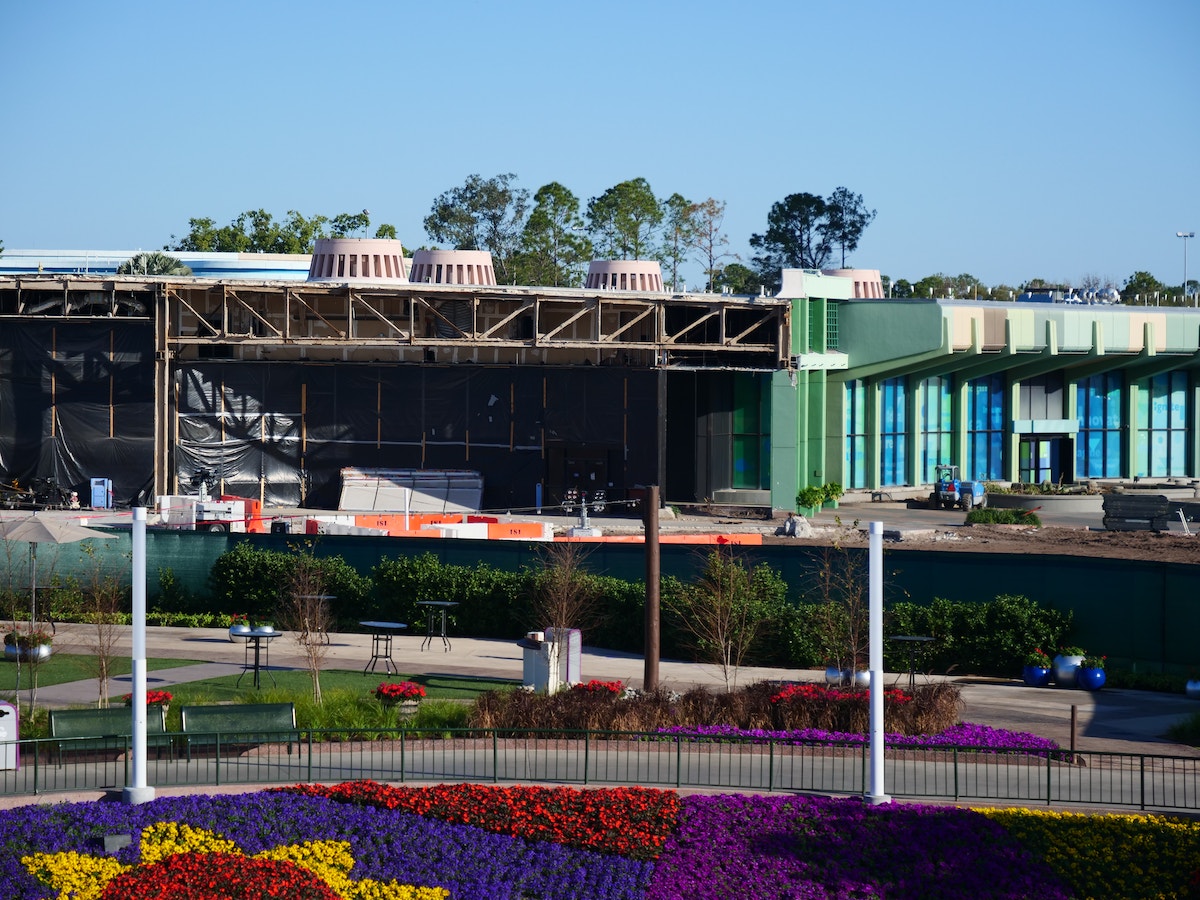 With the Future World Central area being completely closed off to guests, additional interior demolition has begun in this half of the structure. Once this step is finished, removal of the structural elements can begin. 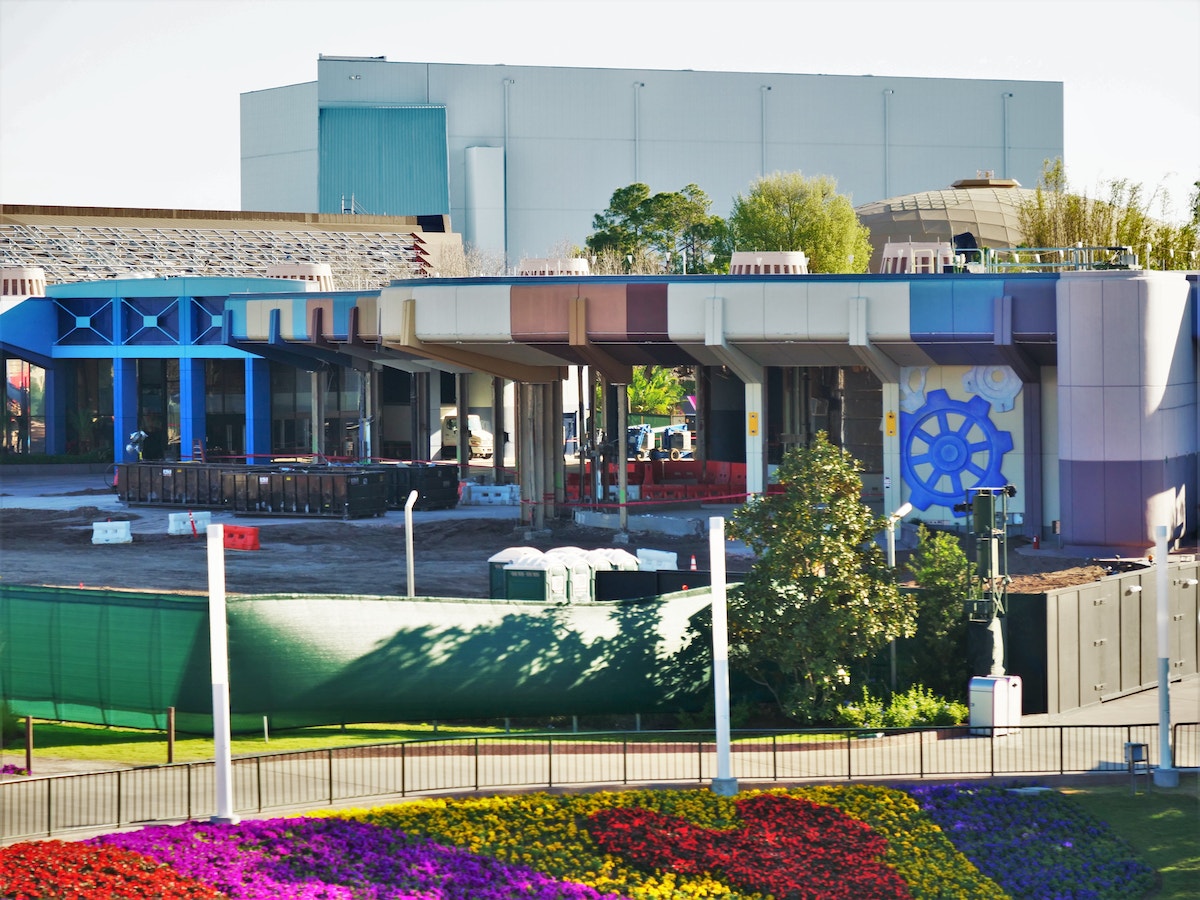 On the East side of the plaza, very little remains of the building which housed Electric Umbrella and MouseGear. One wall which bears MouseGear-styling (forming a hidden Mickey, no less) has remained a bit longer than the other walls which have been removed, possibly as a bit of a wink and a nod to the former location of the iconic store. 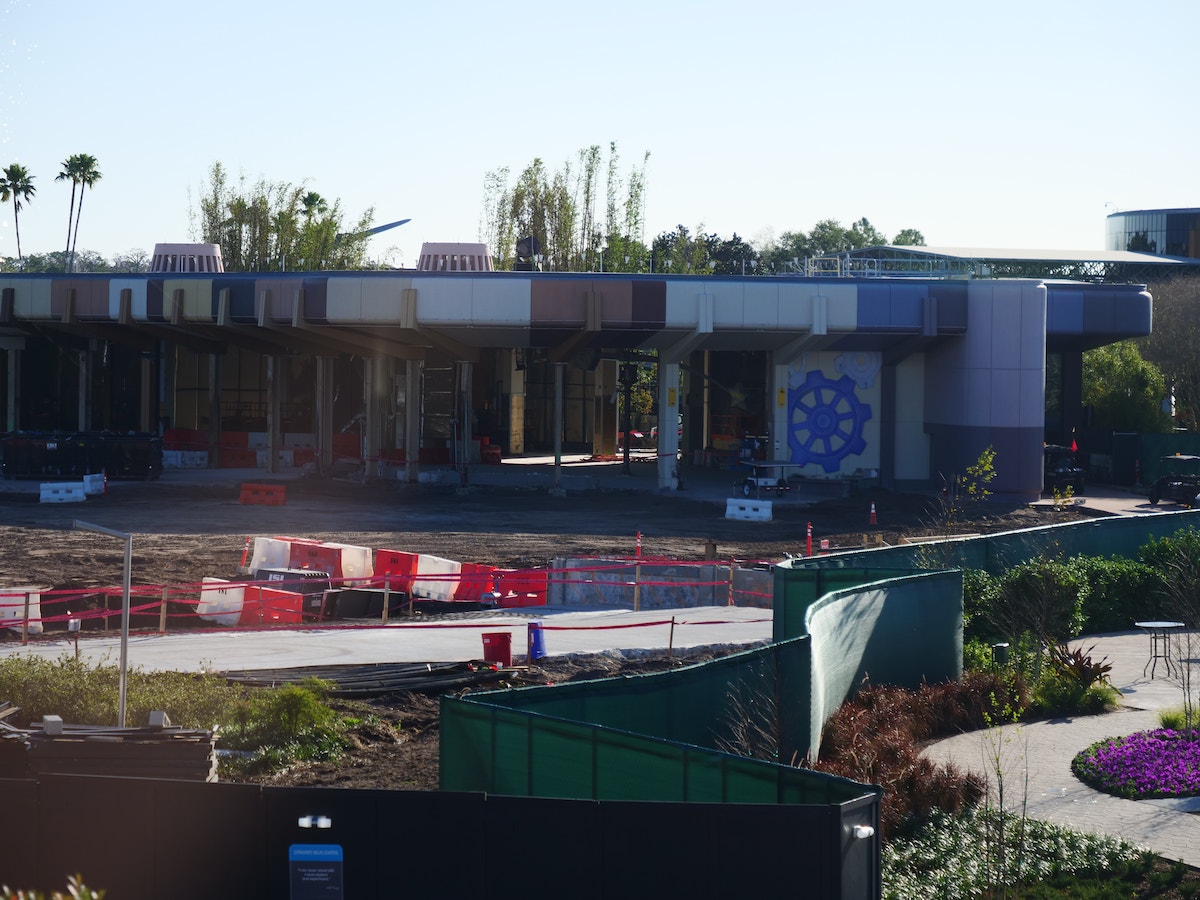 While we think it would be amazing if this visual element was maintained through and after this intensive construction, this last vestige of the original MouseGear may not survive for much longer.

We’ll continue to bring you regular updates from EPCOT on the demolition of Innoventions Plaza and the construction of World Celebration in its place. Is there any one element you most miss from Future World? Let us know in the comments!

Kevin is a native Floridian and has lived in the Orlando area his entire life. In addition to visiting Walt Disney World since childhood, he's been to 10 of the 12 Disney parks around the world. You can contact Kevin at [email protected]

I’ll miss the dancing water fountain as you come to the memory square esplanade.