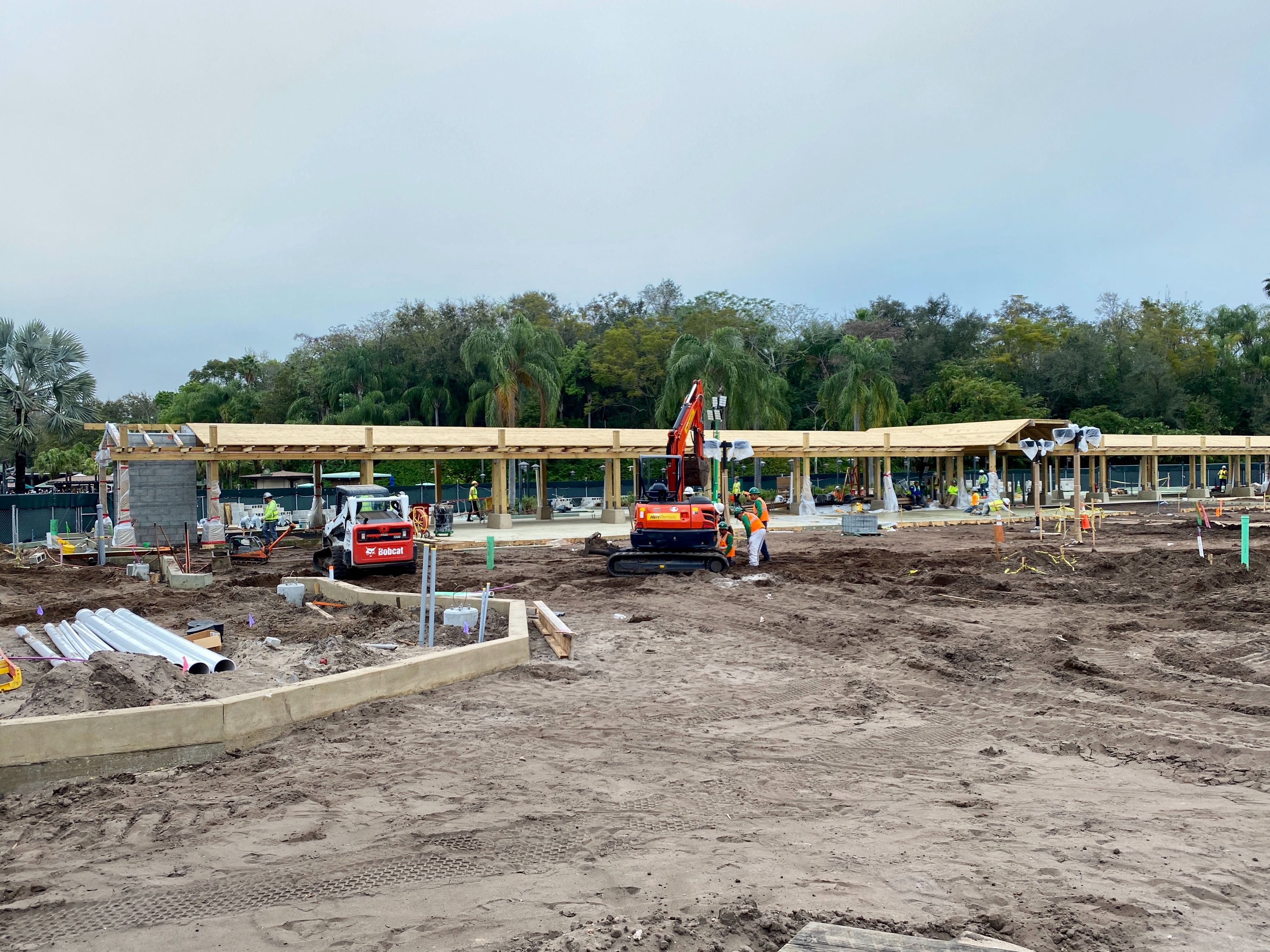 We profiled some of the new construction going on to the entrance plaza at Disney’s Animal Kingdom yesterday. Today, we were treated to a much clearer view of the job site and the construction progress as a whole. We got an especially good look at the upcoming security checkpoint plaza that, judging by the size, will be a welcome addition to get you in the parks just a couple of minutes earlier. 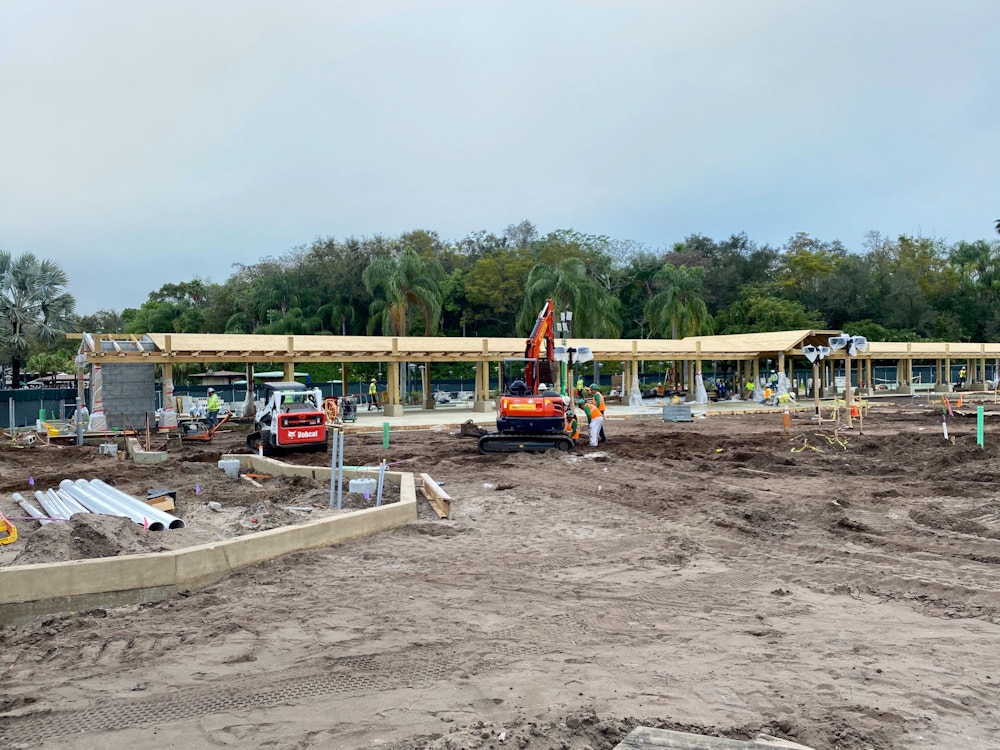 We have a clear view now of the upcoming security checkpoint area. This area will provide shade from the Florida sun and thankfully, the Florida rain as well. We can see that there is still much work to be done as there hasn’t been any theming added and the roof is still unfinished. 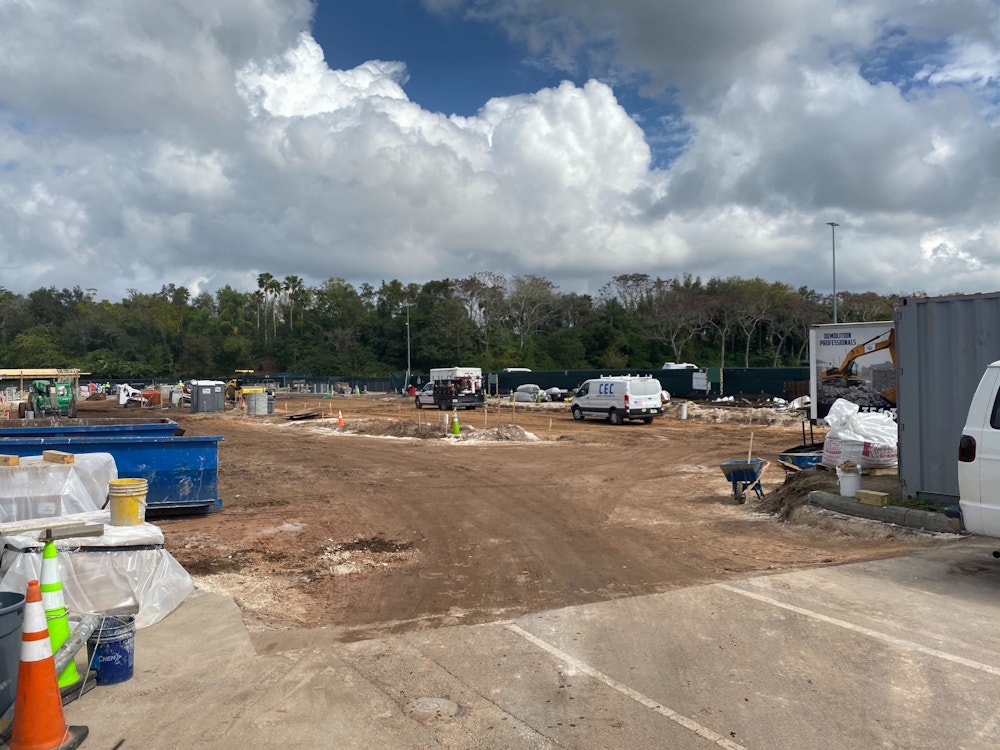 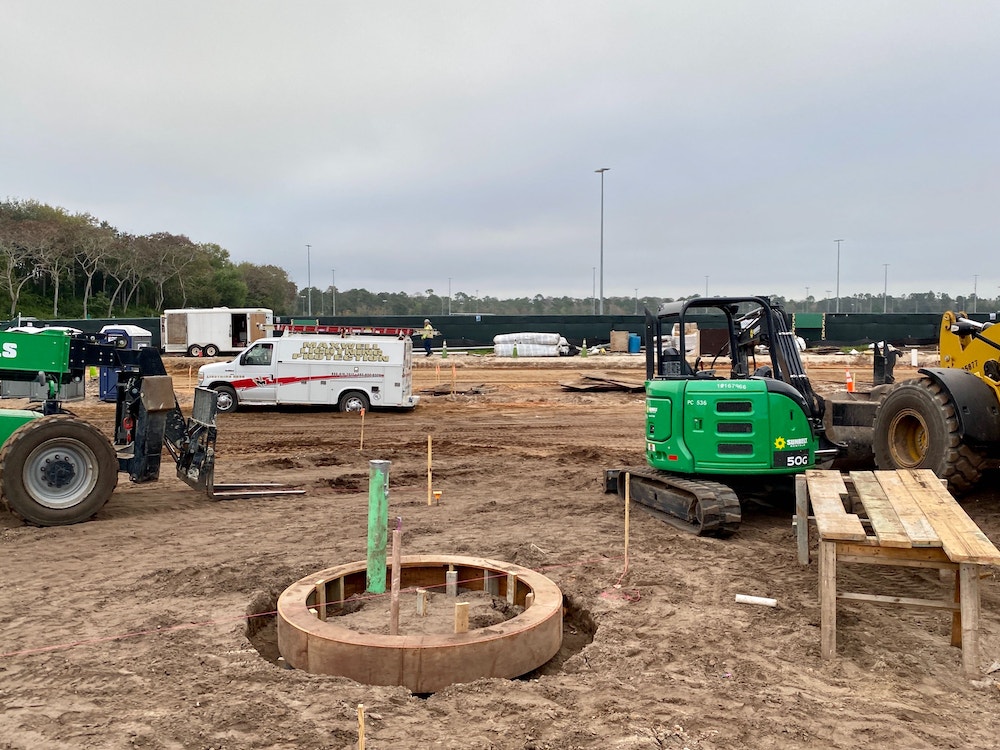 The job site is very much an active work area as we can expect new concrete and a more beautified space when it reopens. This area will likely be the tram drop-off location, we have a long way to go before that’s a reality. 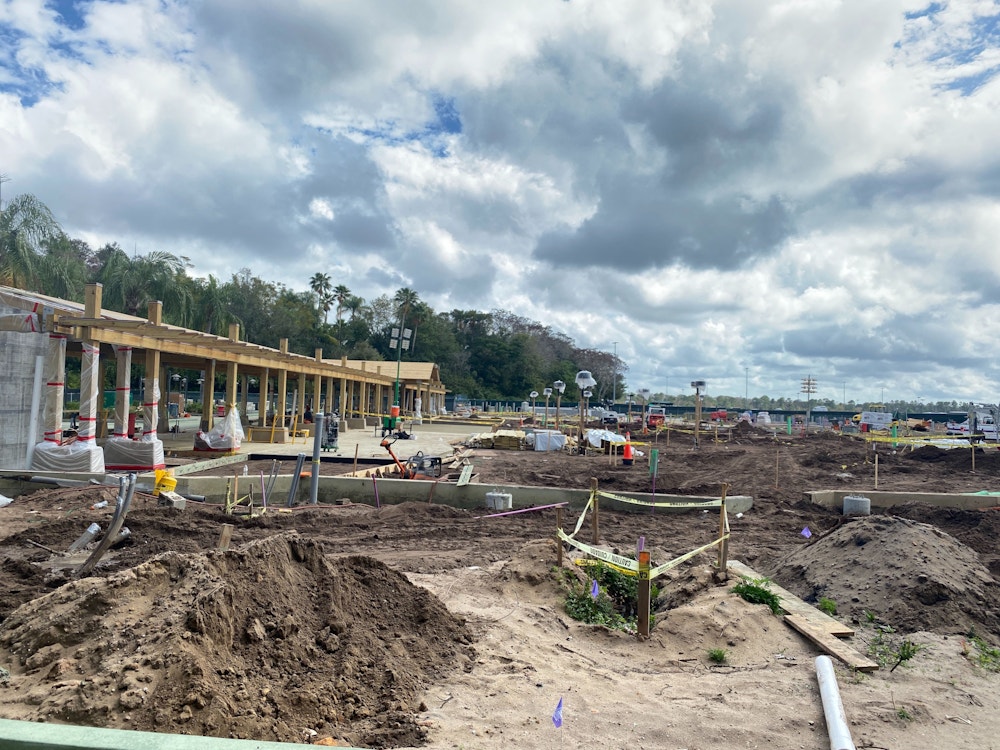 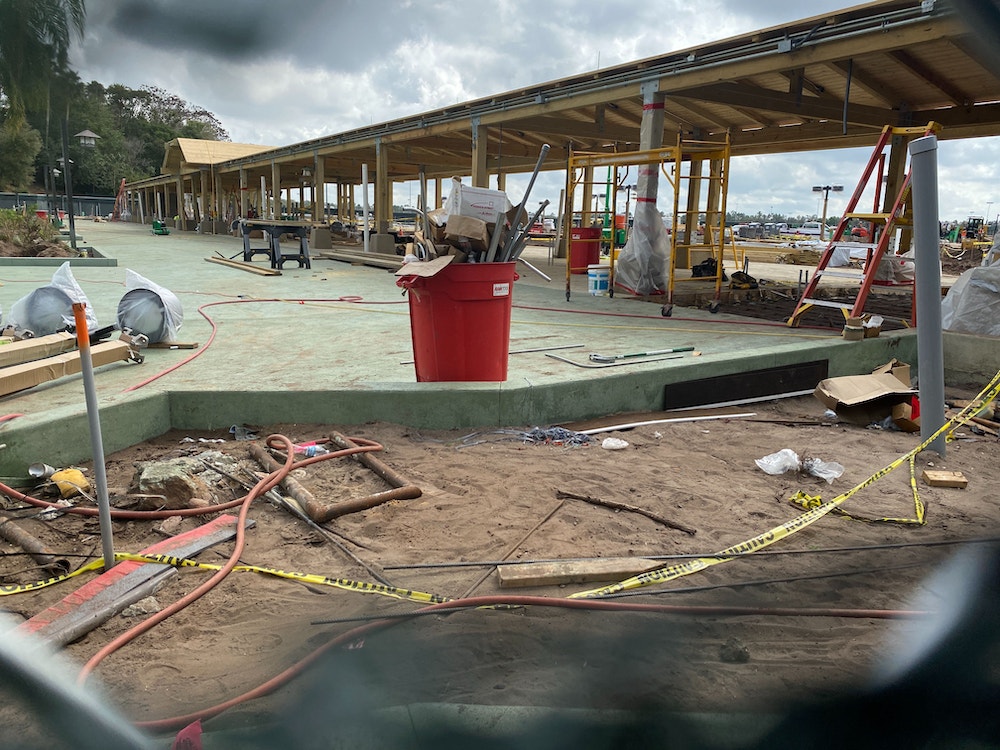 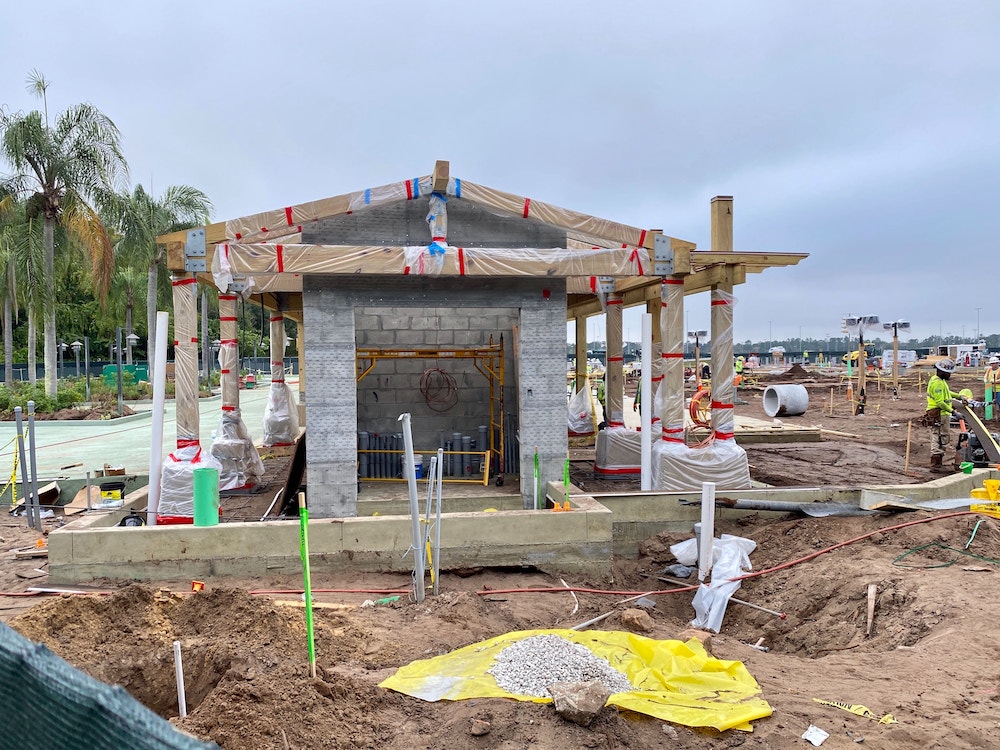 The security checkpoint has the structure in place, and will be a little further out towards the parking area, which will make the Animal Kingdom entrance plaza a little less congested and more organized. 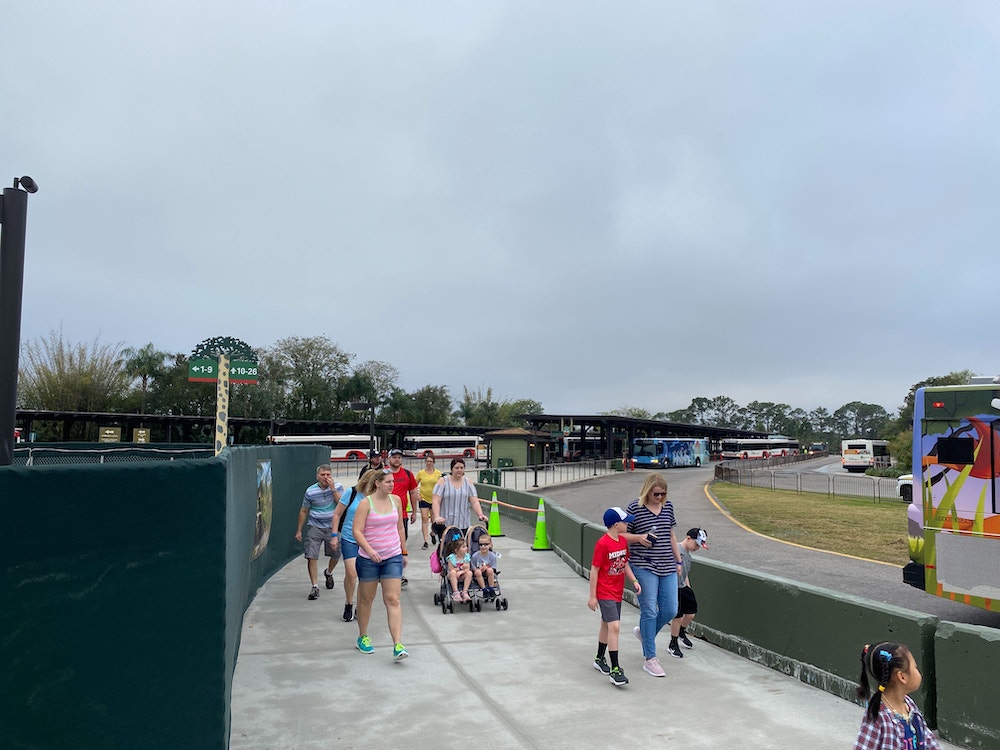 Guests are currently being snaked around the construction, which is a little bit more of a walk than previously anticipated, but nothing too serious. 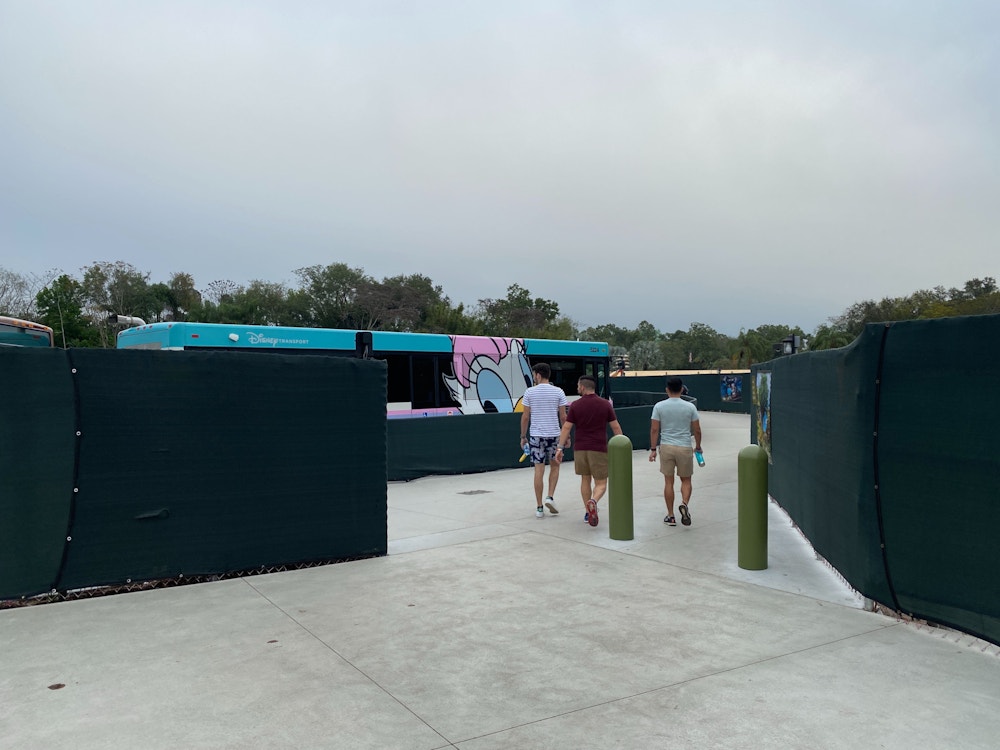 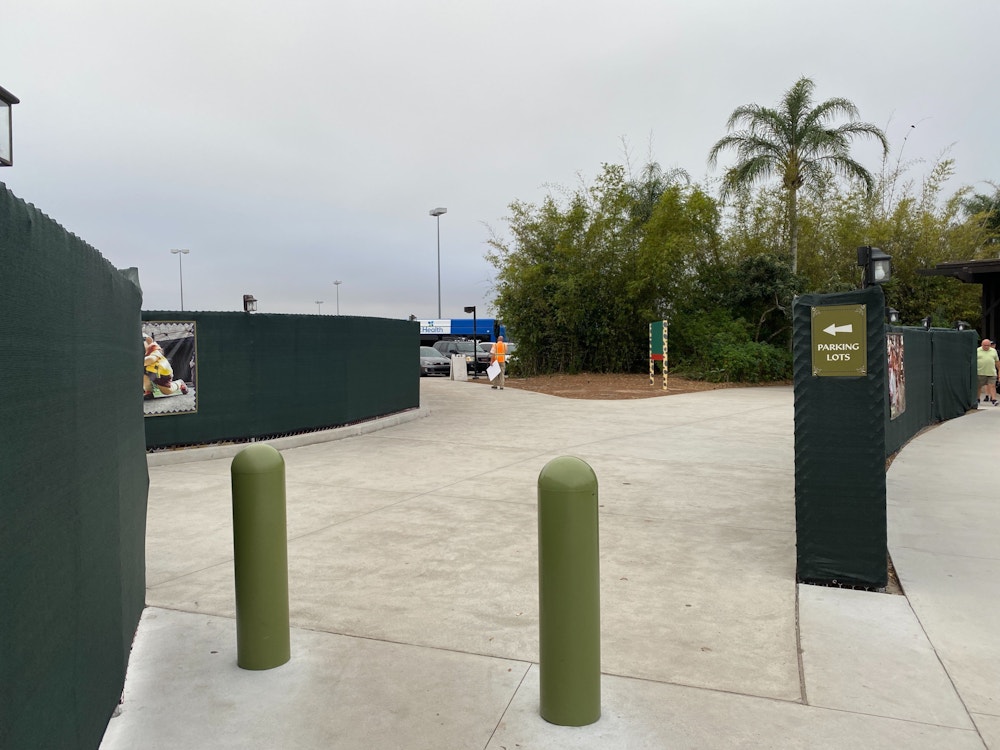 The construction walls are lined with visuals of Animal Kingdom to distract from the massive project. The overall improvements of the entrance plaza seem to be part of a park-wide focus on improving the logistics of each parks entrance flow. We have seen entrance plaza reworks of Animal Kingdom, Disney’s Hollywood Studios, and EPCOT just in the past couple years. 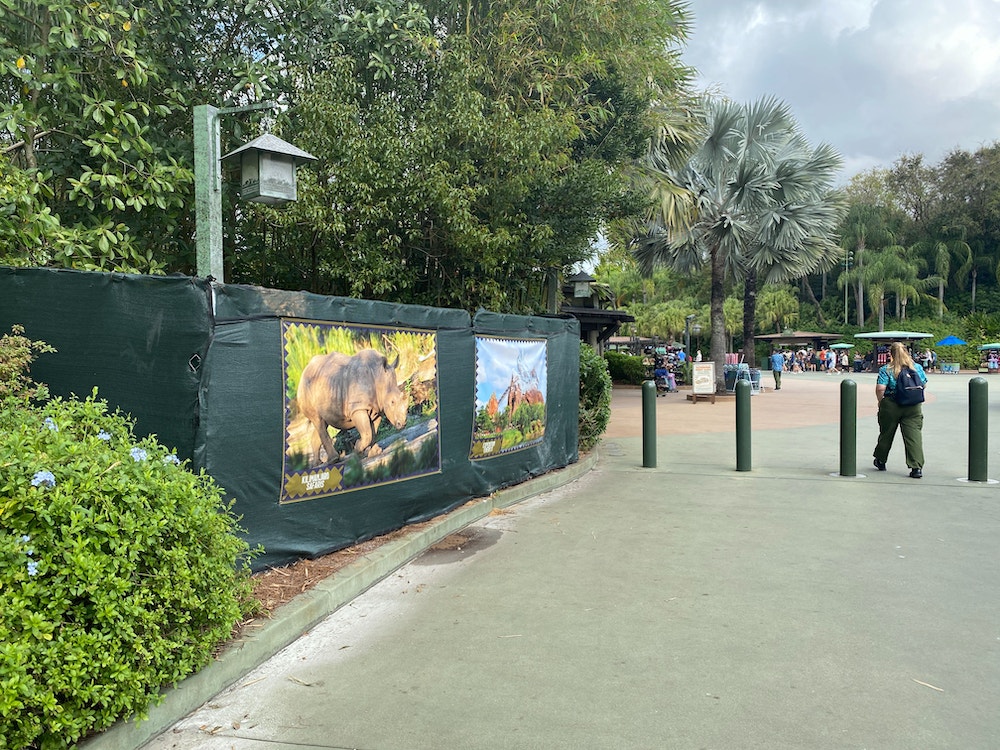 As you crest around the corner from the bus drop off there is now an area that is walled off on the left hand side that is a new addition. It’s unclear what work is going to be done as of this posting, but we will be sure to check back with this in the coming days. 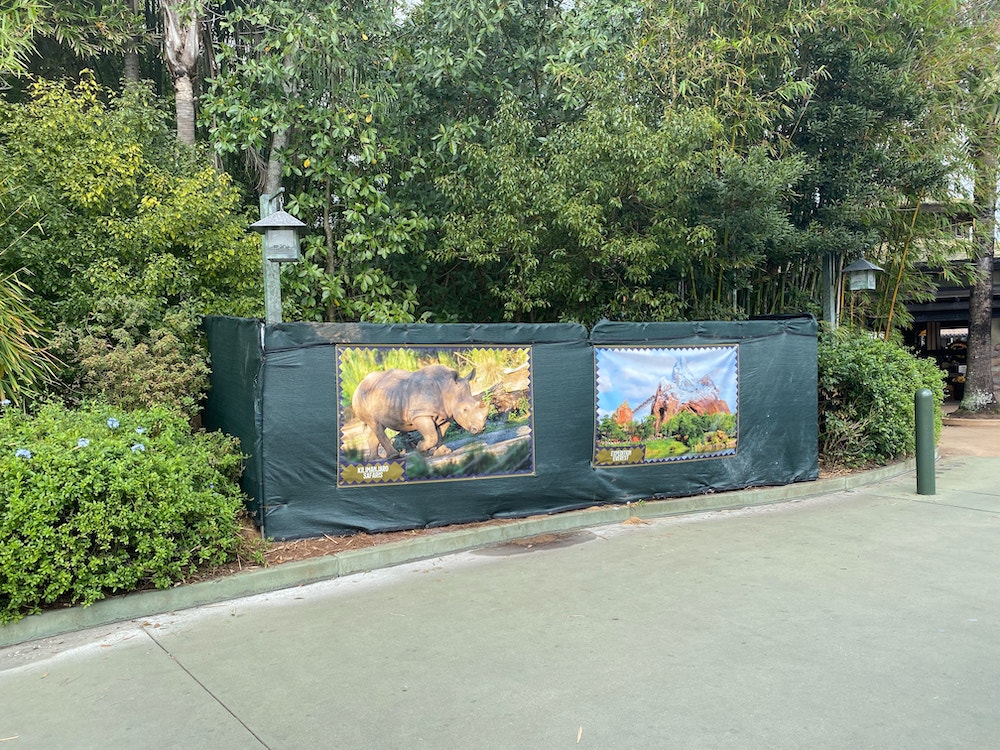 These construction projects are sure to be an eyesore for a little bit longer but the payoff will be a much more beautiful Disney’s Animal Kingdom entrance, along with a much more efficient way into the park. Which, if we are being honest, anything to shave off a couple minutes in the morning is what I am here for. What do you think about all these entrance plaza reworks? Which project are you following closest around Walt Disney World Resort? Let us know in the comments!