After the new “Ratatouille” sign was installed recently at EPCOT’s France expansion, we took a look at some of the other work happening at the site. 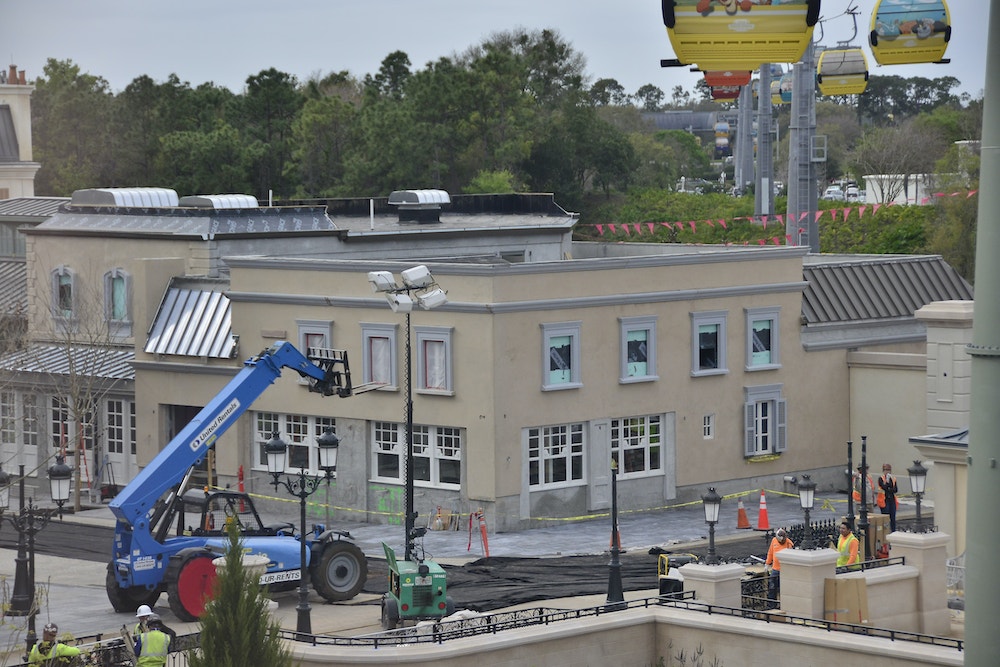 Painting of the exterior of La Creperie de Paris is almost completed after construction scrim came down. 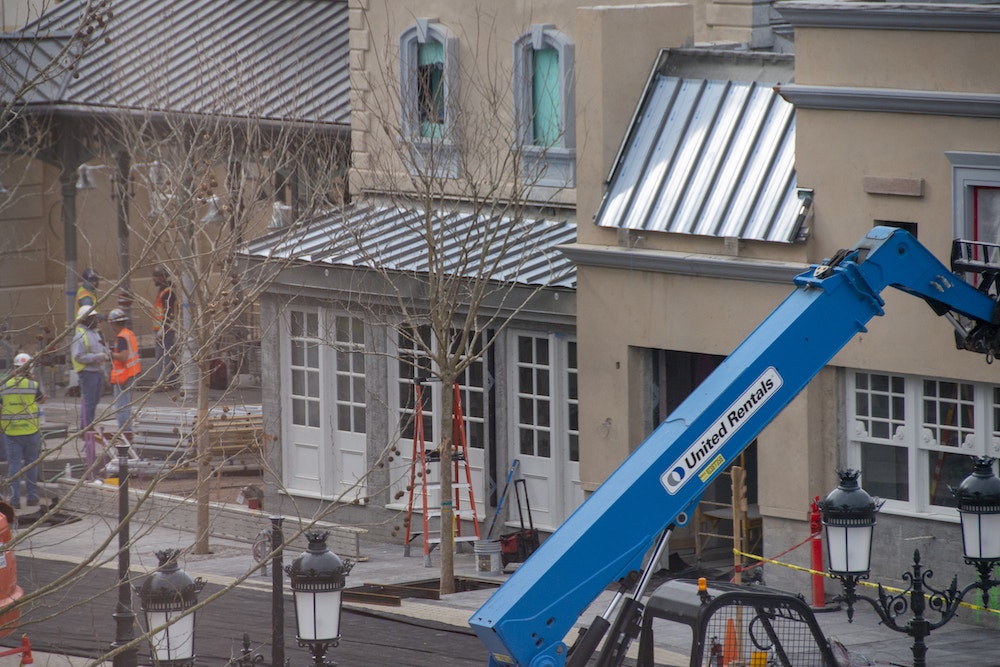 More Facades further down have also been revealed, with windows and frames being installed here. 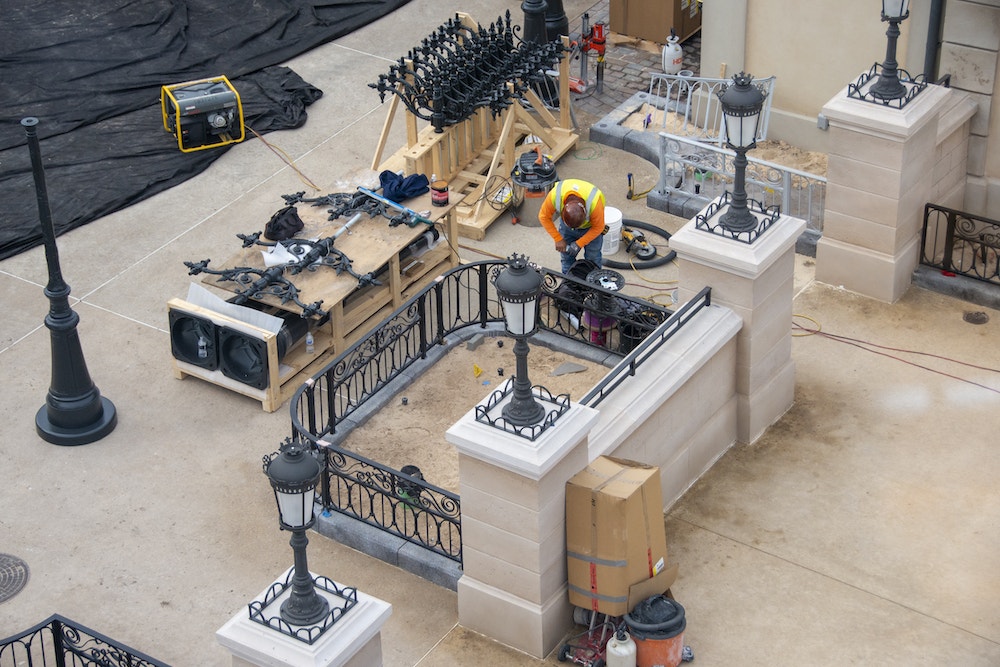 Workers are unpacking more decorative themed street lamps within the land for installation. 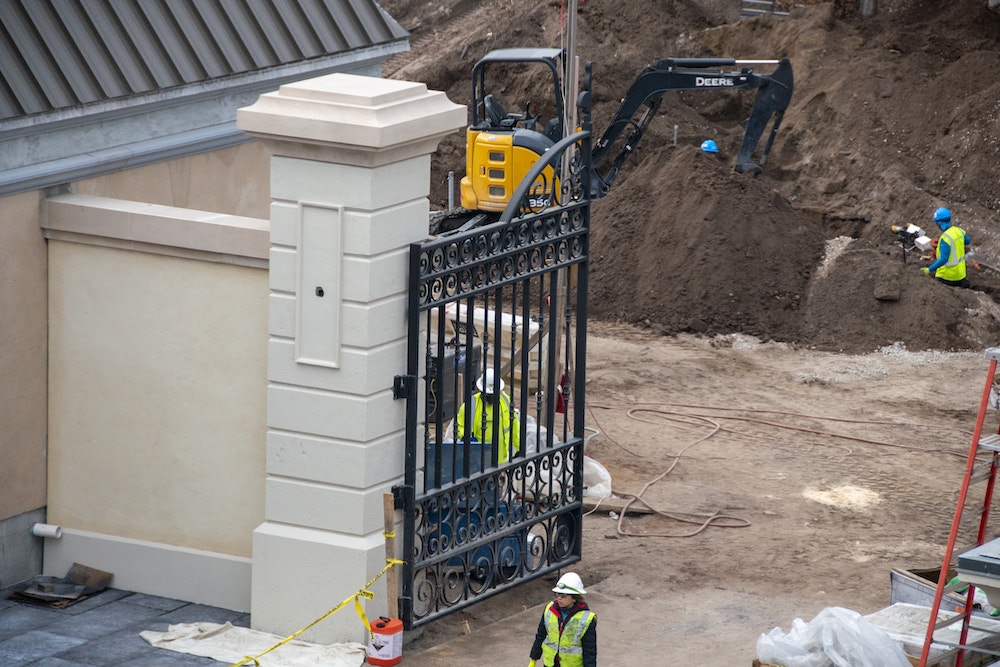 This gate has also been painted black that will keep guests out of the backstage areas. 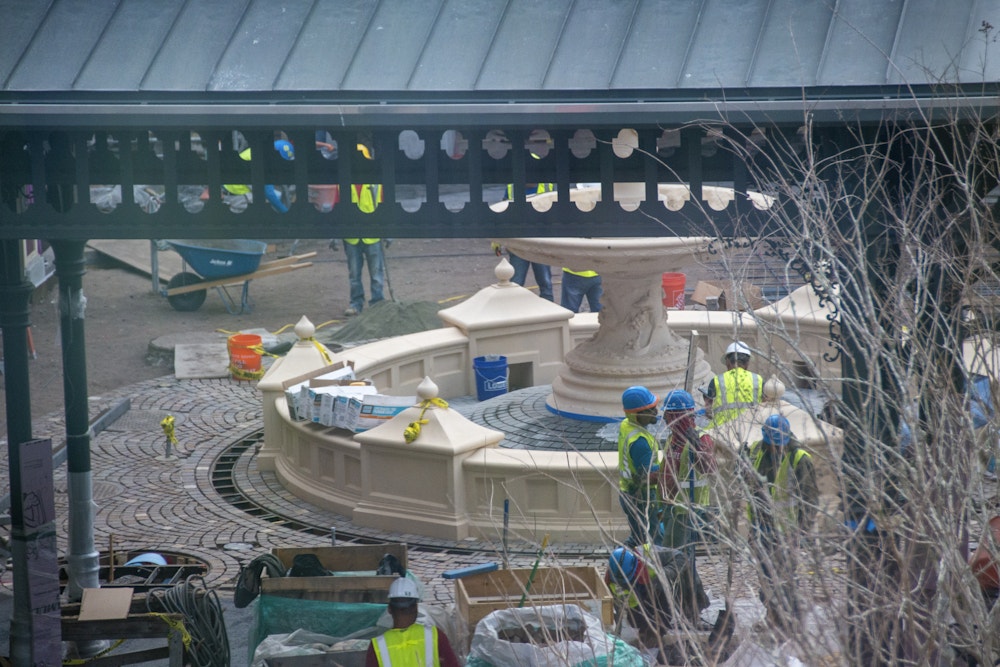 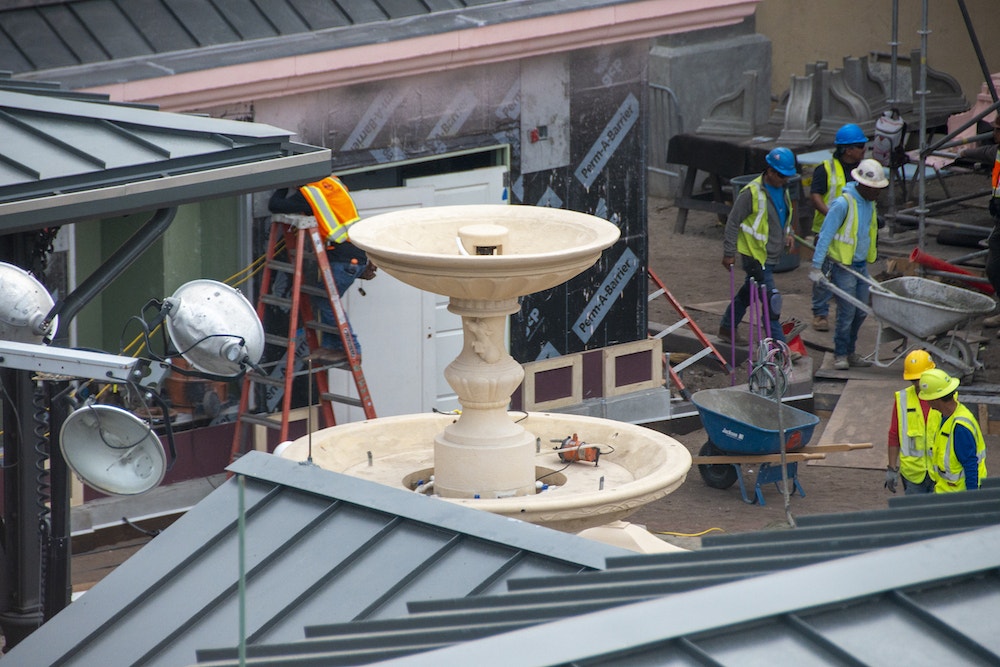 Details on the Remy Ratatouille fountain have been revealed as well. Construction covers were removed and now reveal several images of Remy on the fountain’s base and support. 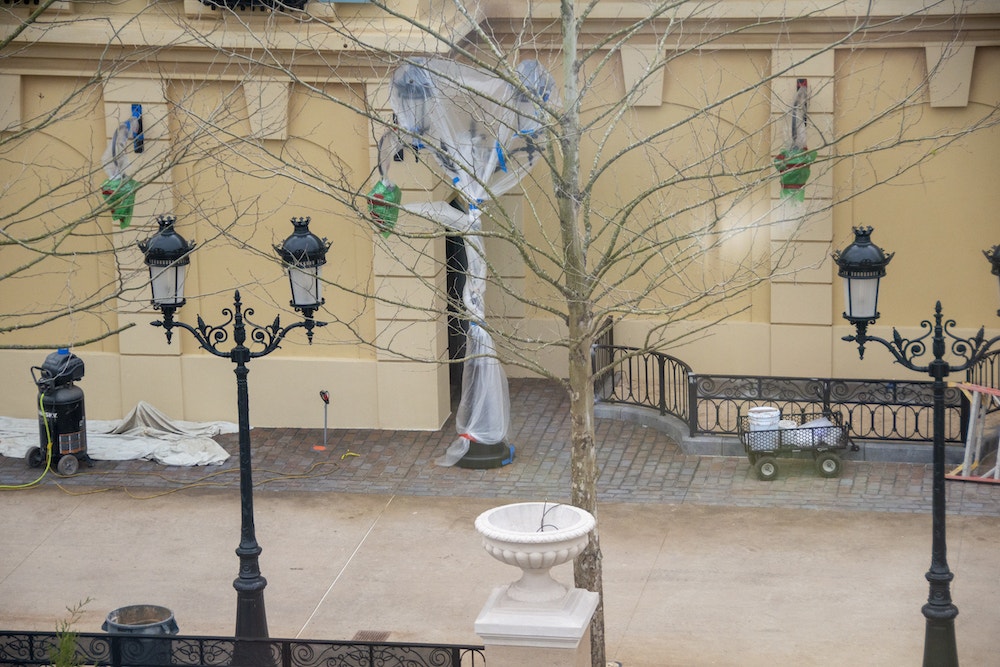 Further down towards the entrance to the land, more decorative brick work has also been laid into the ground. The street lamps here and the lights on the side of the building also remain under wraps here. 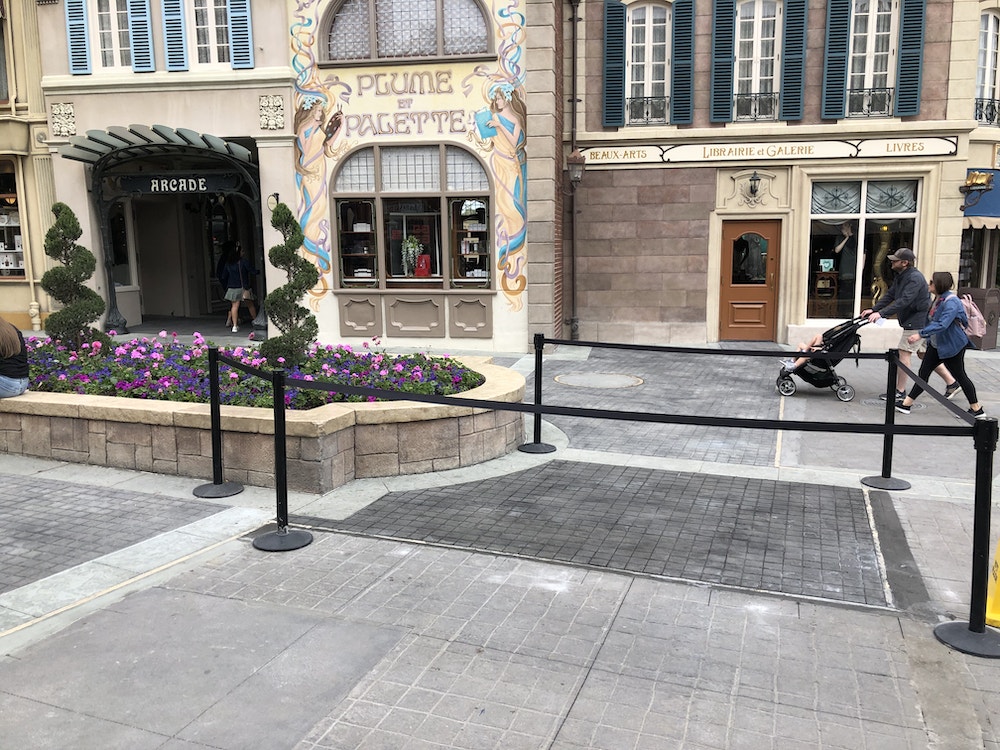 Another section of cobblestone paving has been completed outside of Plume et Palette. 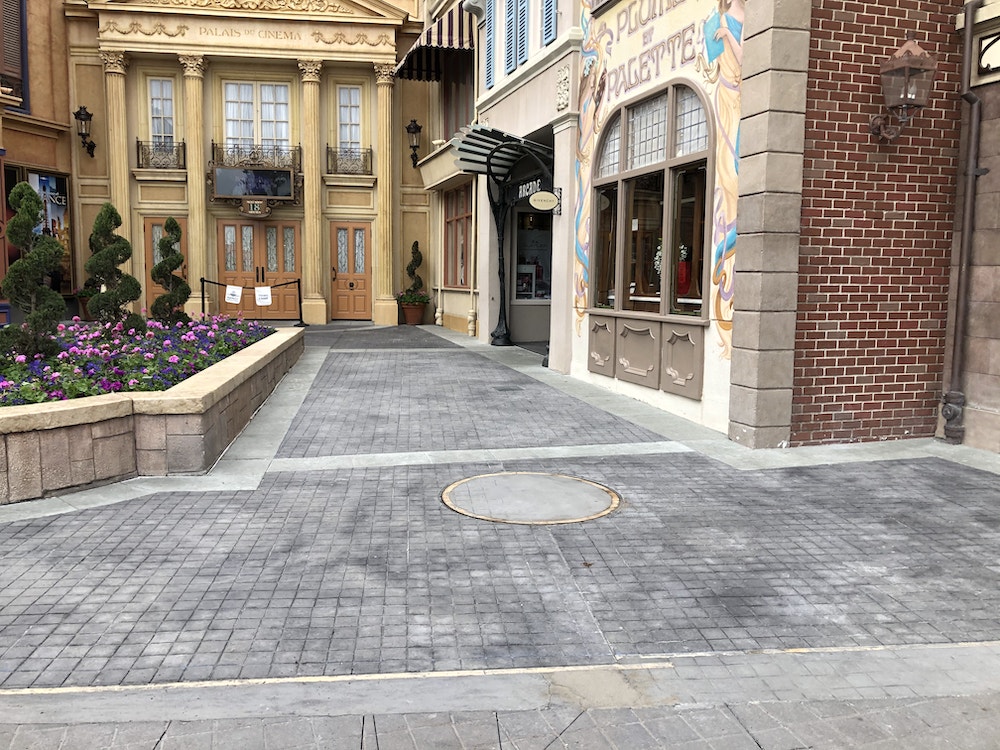 This circular section of unpaved cobblestones outside of Plume et Palette is located on the exact location of one of the former trees that used to line the fountains and the planters, and perfectly lines up with the rest of the former tree planters. Hopefully, trees will be returning to this part of the France pavillion.