Work on the various projects around EPCOT’s Future World continue to progress in various stages. Today, we took a look at some of the notable changes. 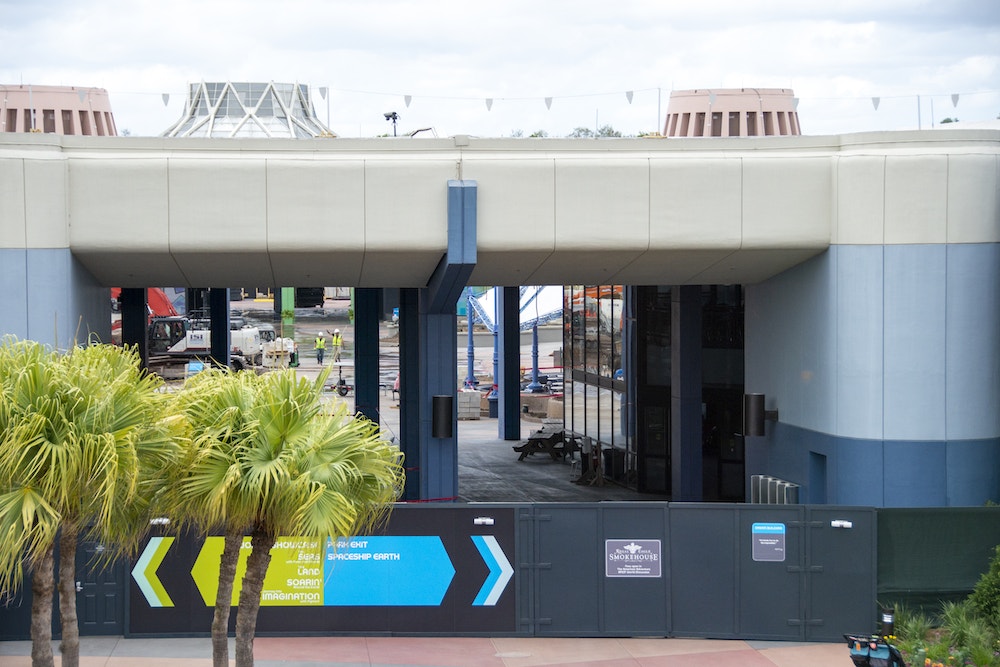 The breezeway between Mouse Gear and Electric Umbrella is currently being used for some storage of materials. 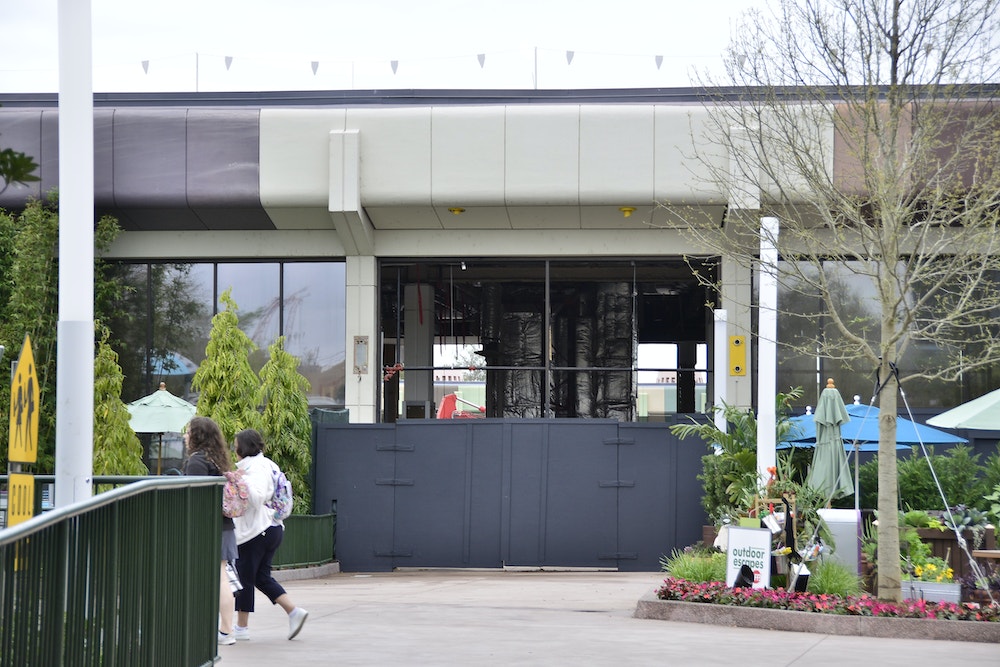 Back near the rear entrance to Mouse Gear, guests can still see clear through the building to the other side. 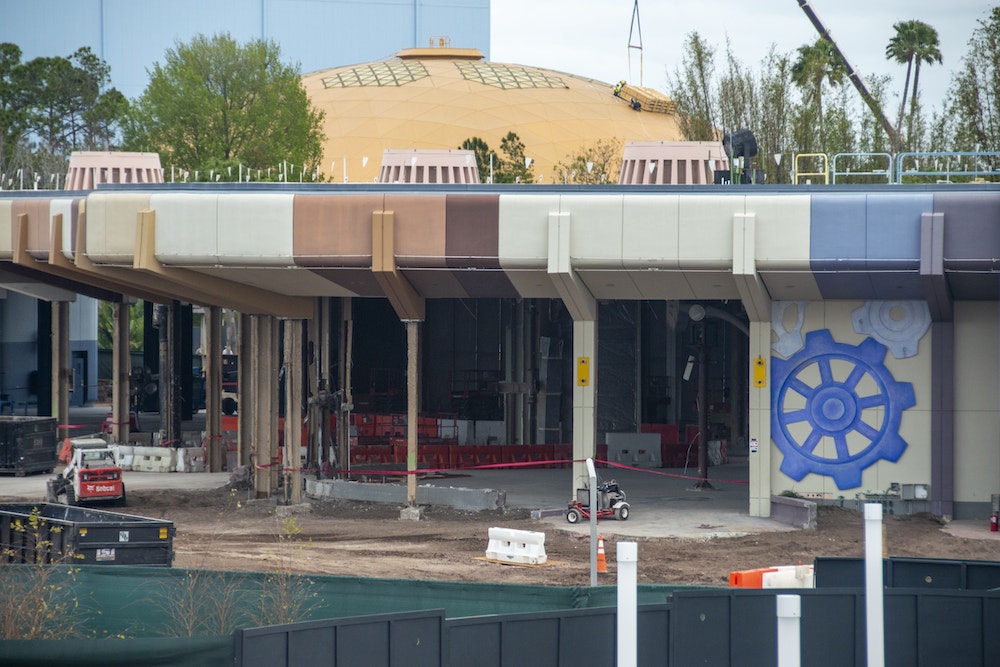 From the front, most of the interior decorative elements are now gone from the store. 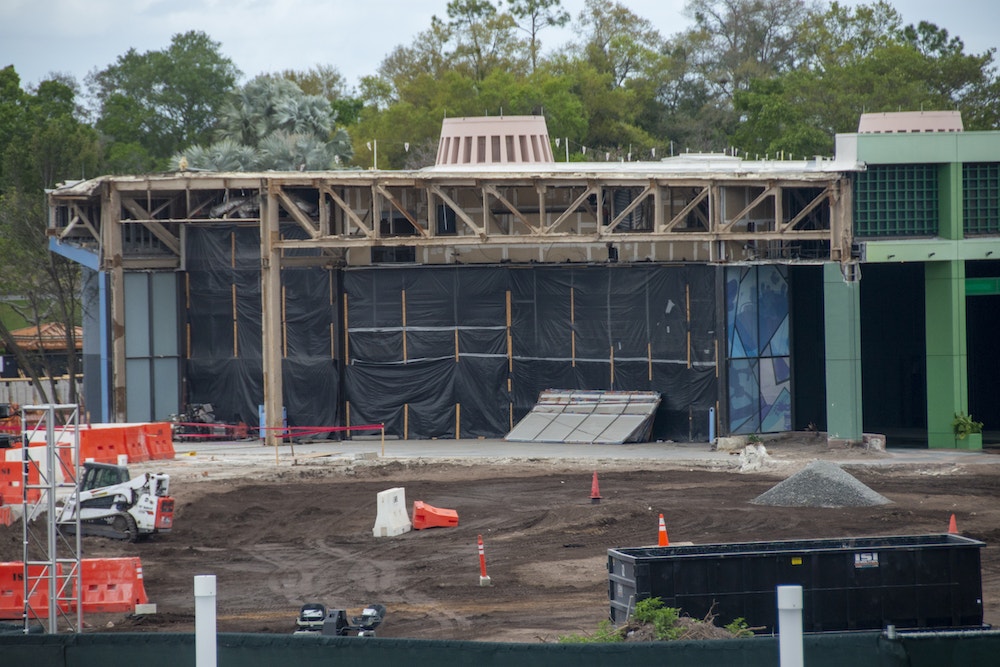 Across the courtyard, work remains nearly stationary at Innoventions West. 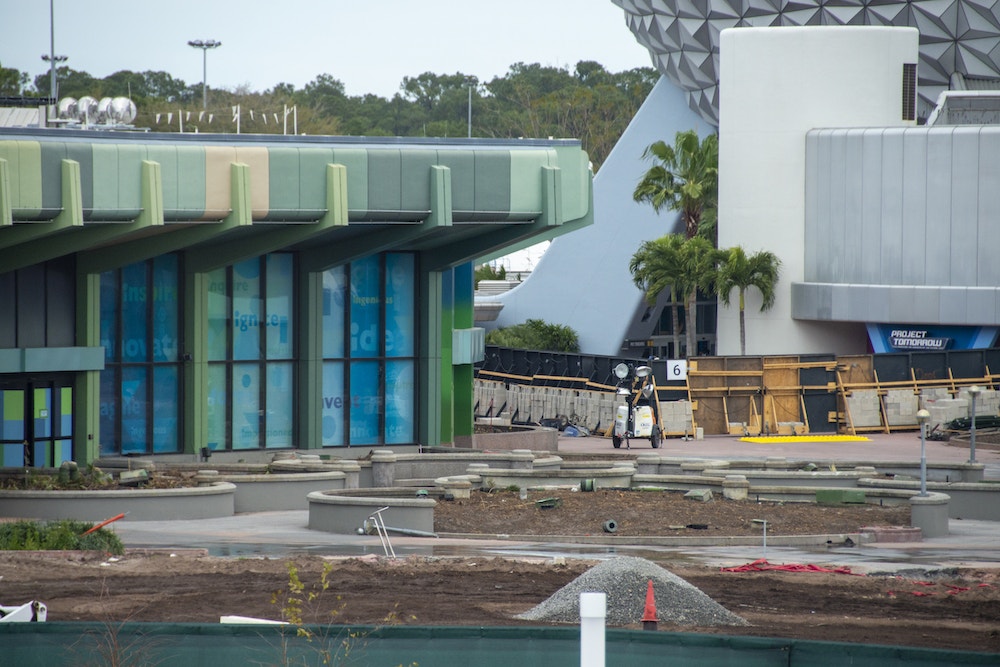 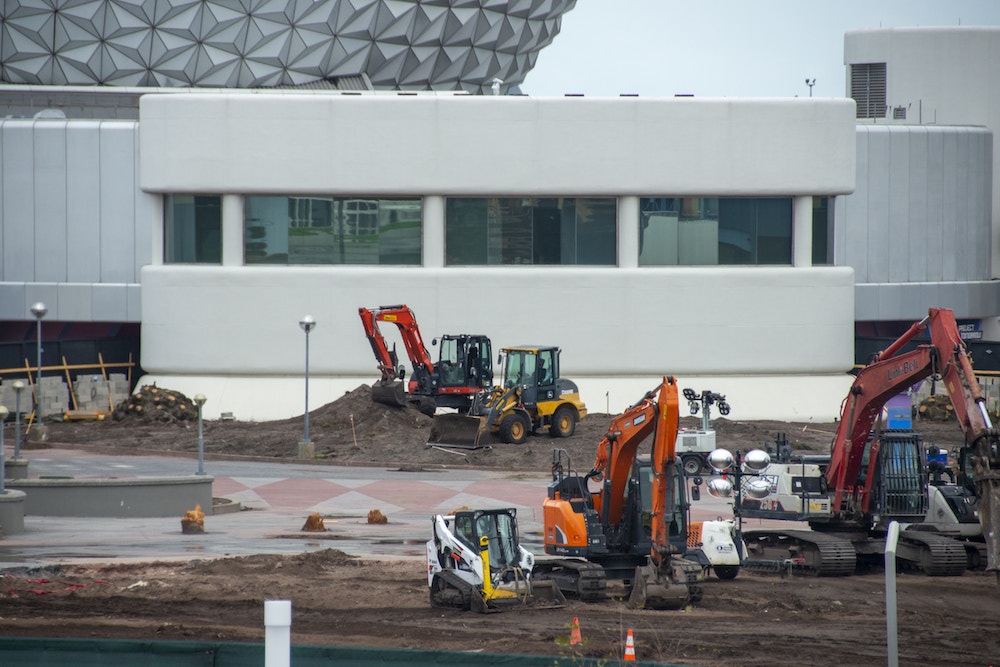 Planters outside of Innoventions West have all been cleared from all trees and shrubs that used to inhabit them. 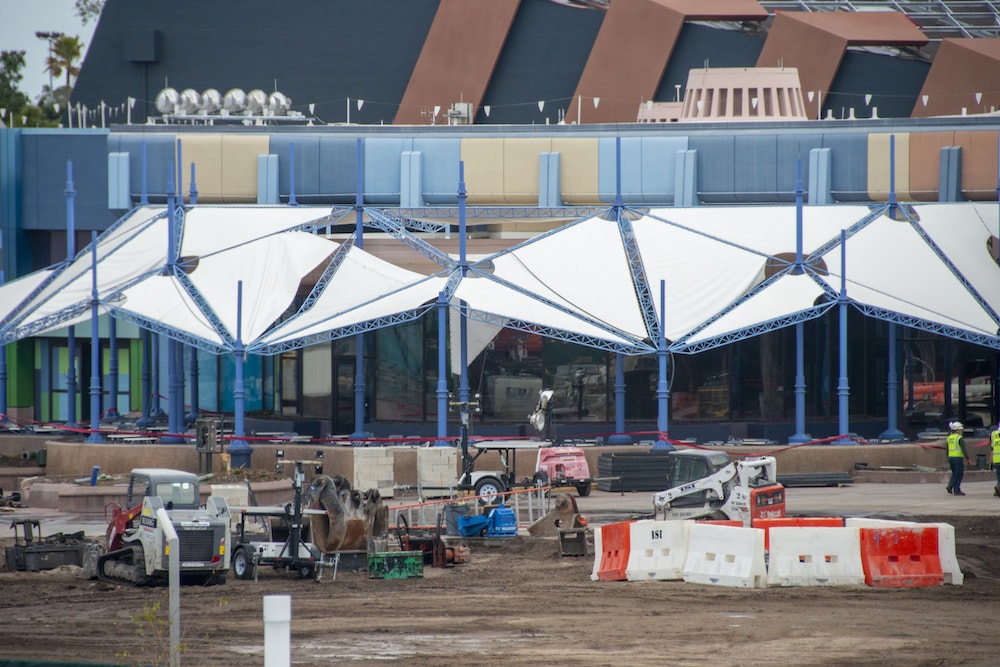 No visible changes have occurred over at Electric Umbrella since our last look at the site. 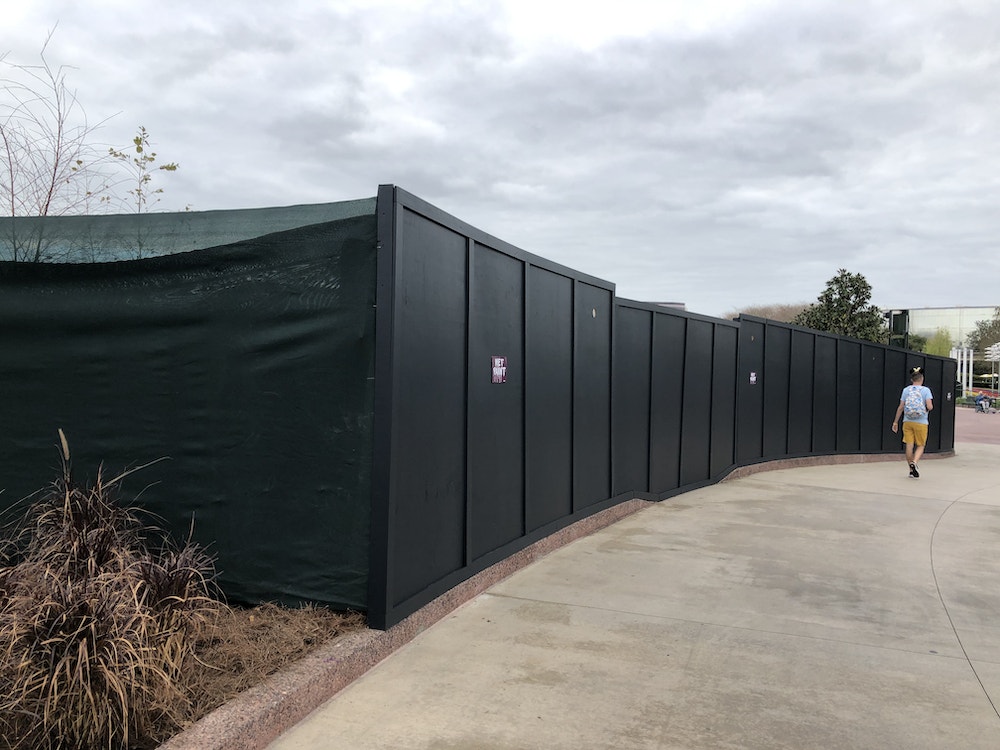 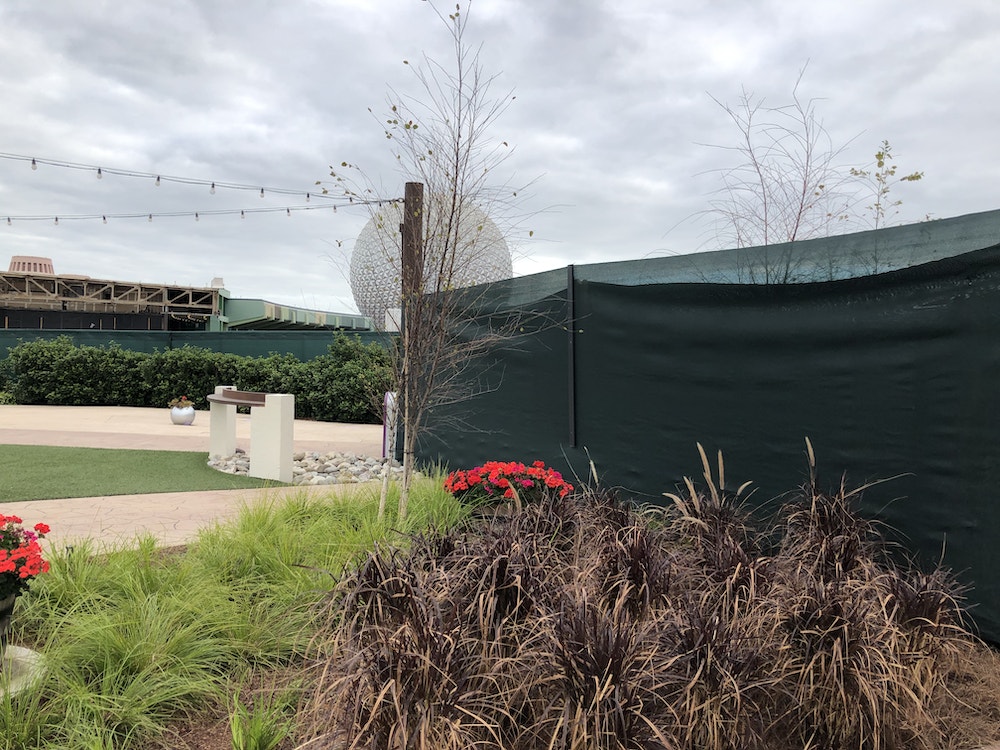 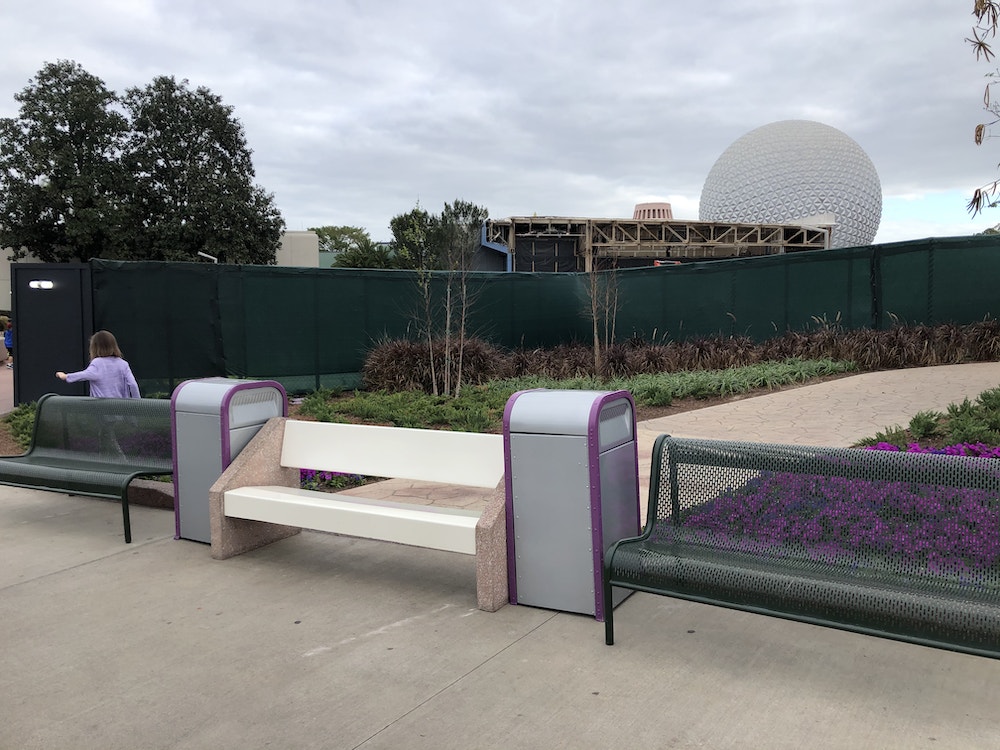 Benches and trash cans now block off access to the area on the far side. 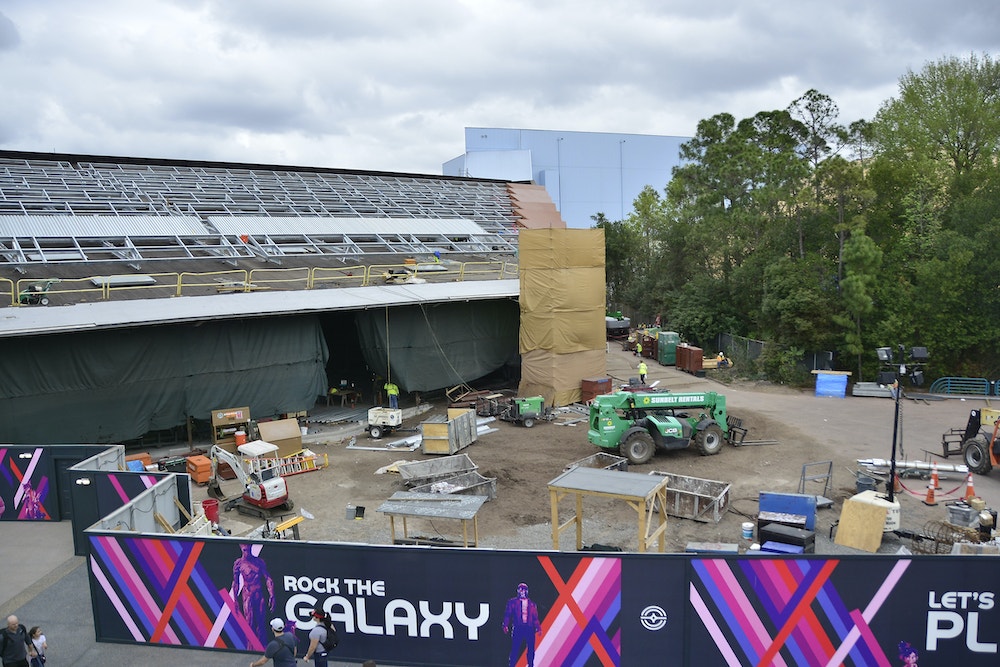 Over on the east side of the park, work continues at the Guardians of the Galaxy: Cosmic Rewind site. 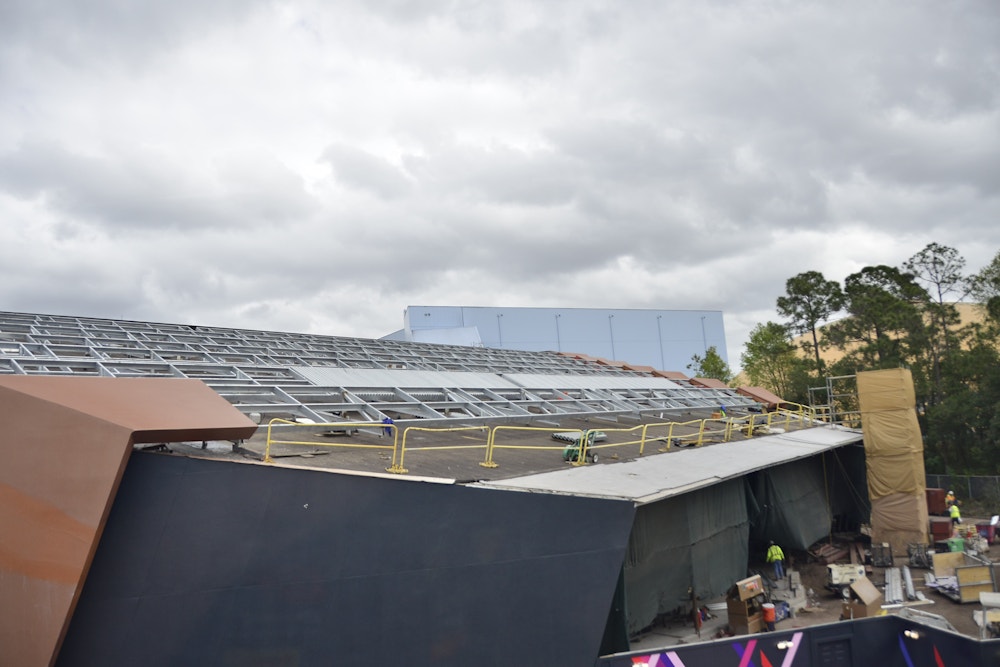 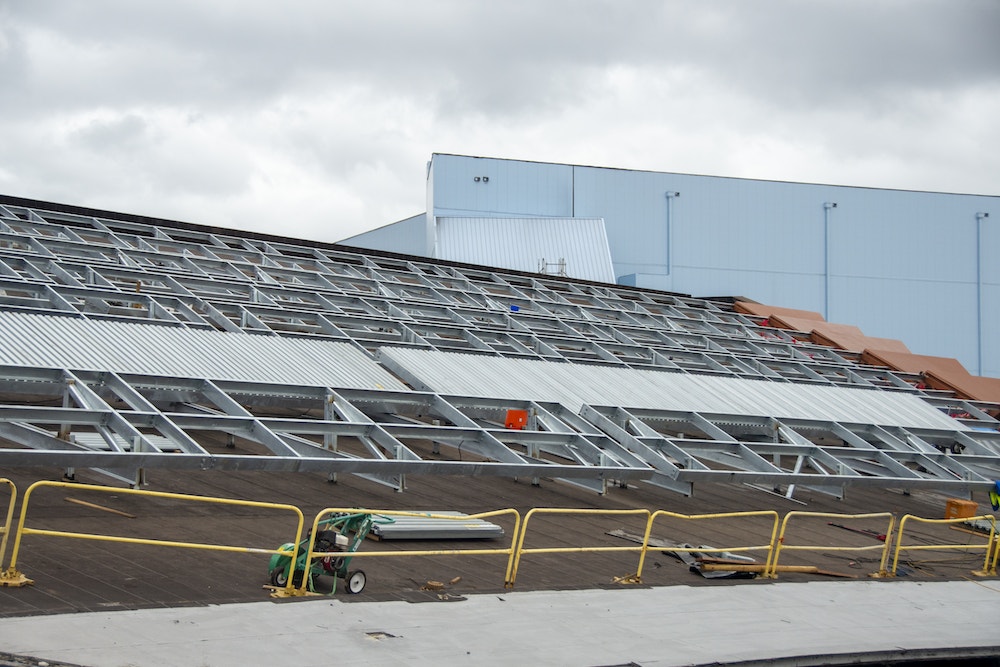 Work has also begun in earnest to start installing the solar panels that will inhabit the roof of this building. 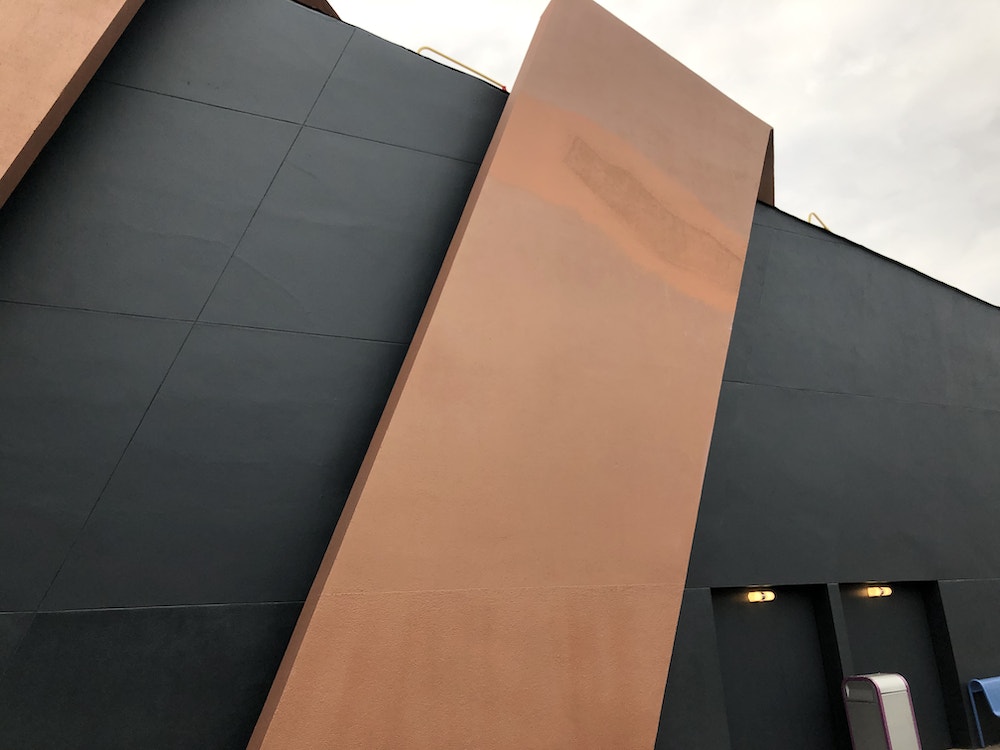 Paint has also been applied to this section of the show building that was recently patched. 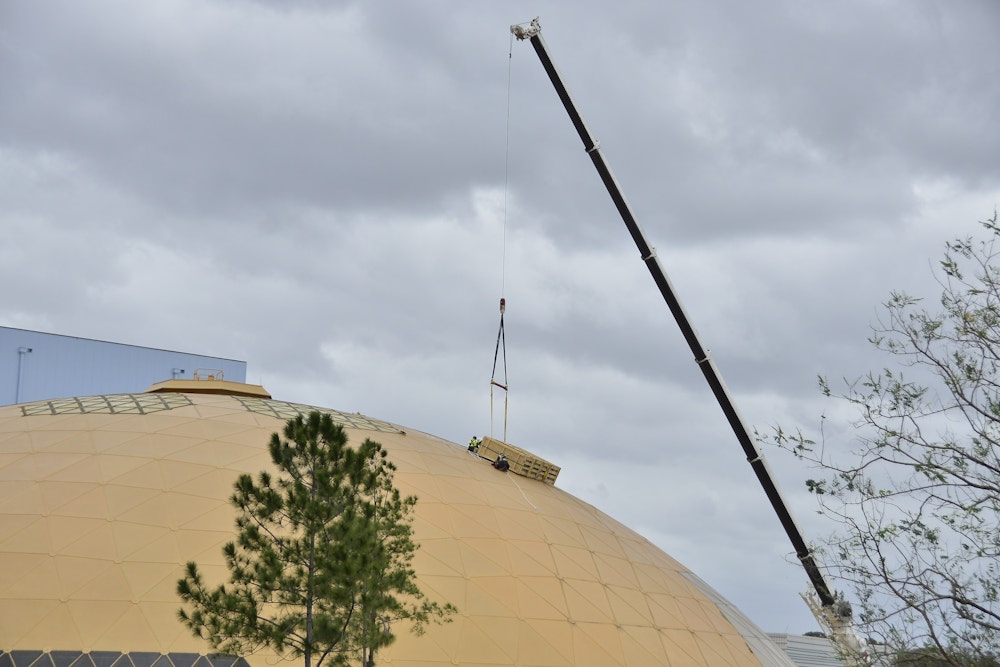 Over at the Play! pavilion, workers were busy with roof work.