One little spark of inspiration is at the heart of all creation, and at the heart of EPCOT’s current reimagining (near the demolition site of Future World and Innoventions West), there’s a new Figment of your imagination gracing the construction walls. 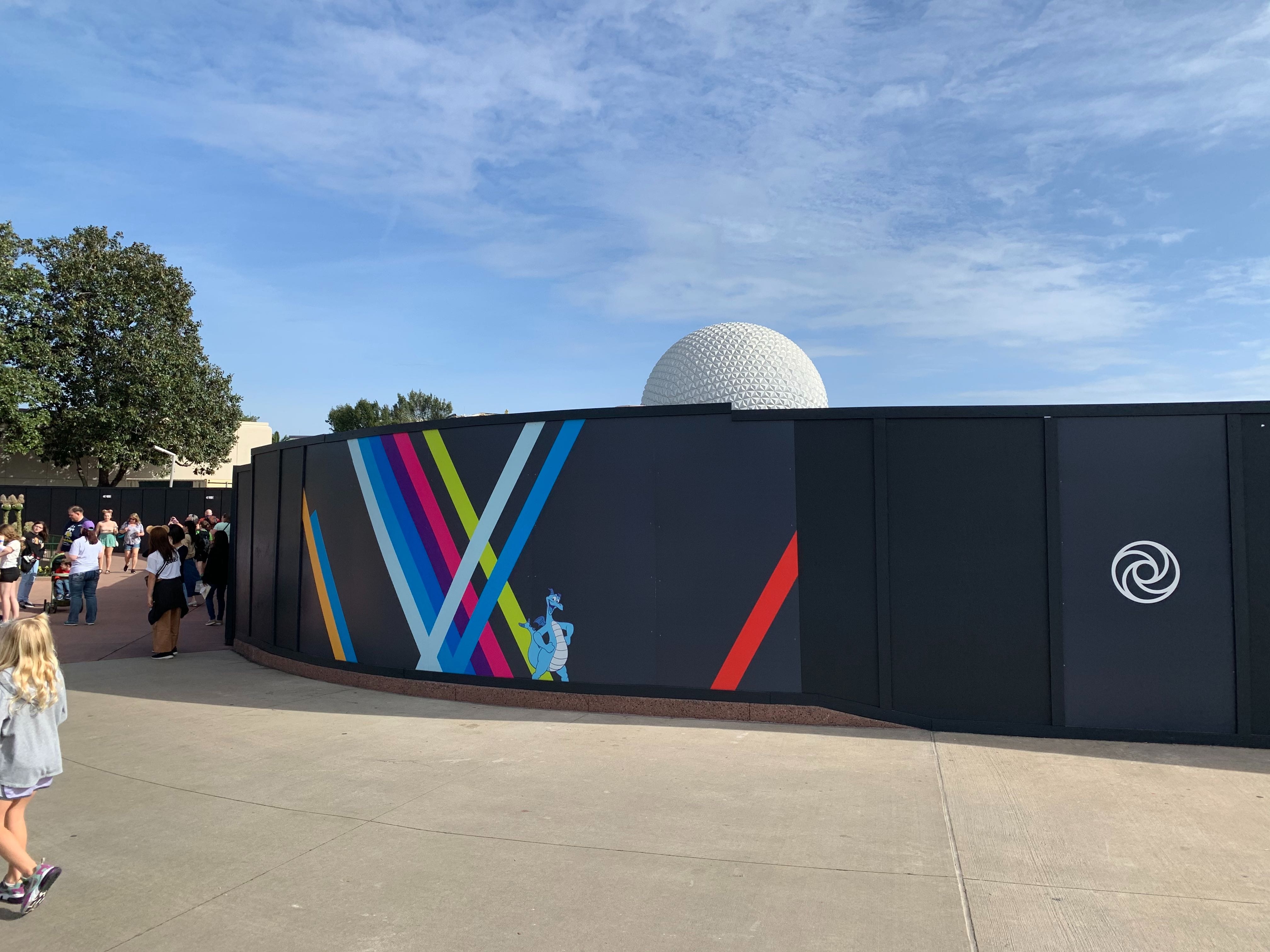 We’ve seen walls with characters like Baymax and the crew from Big Hero 6, Judy Hopps and Nick Wilde from Zootopia pop up near the entrance and Play! Pavilion walkway, plus characters from Moana near The Seas pavilion, but on your way to tour the Imagination Institute, you’ll pass by this new, tiny Figment character wall. 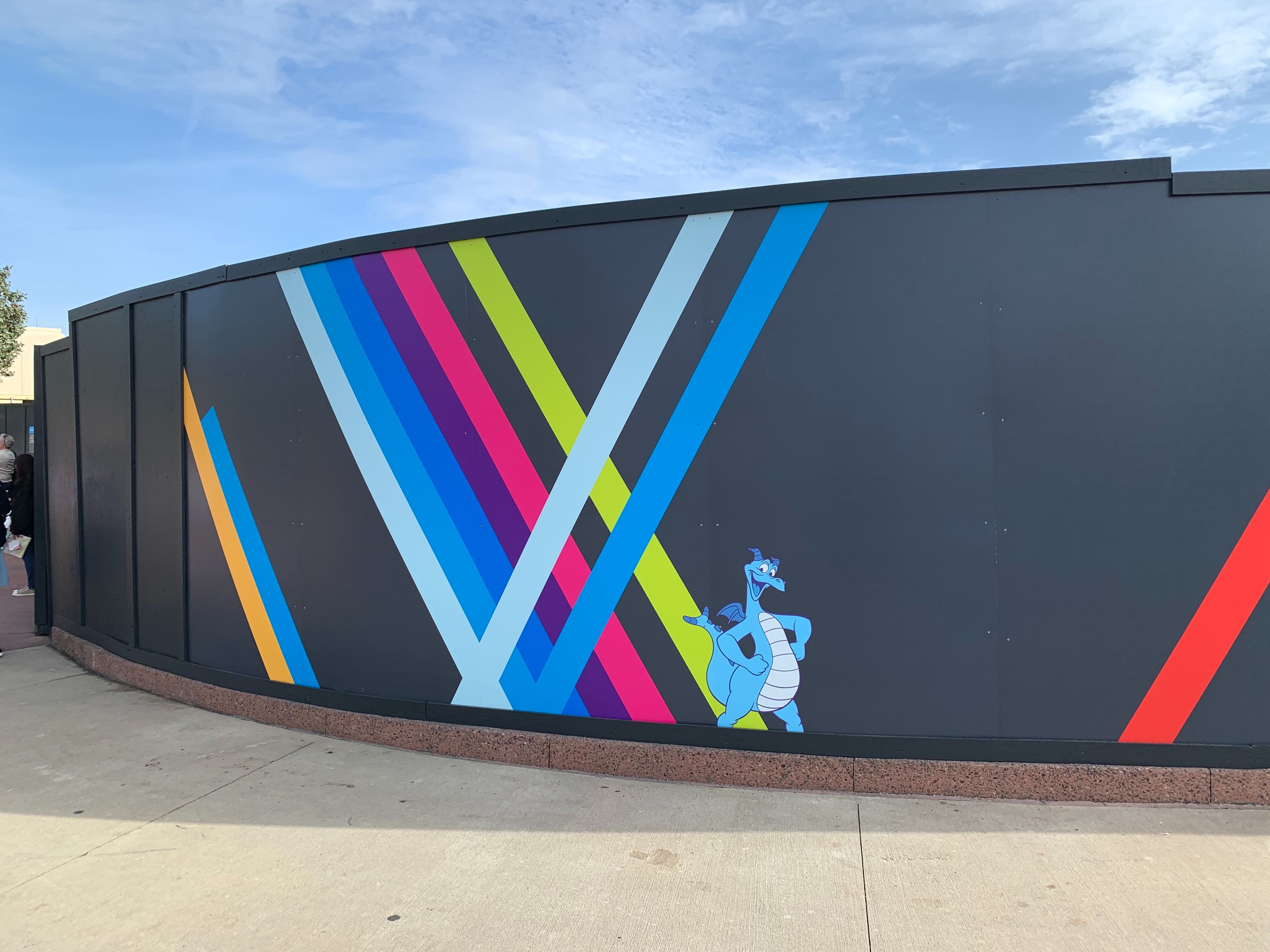 It’s odd given how small they’ve made Figment here. Compared to the other digitally animated characters, he also seems awfully plain in his design, but we’re nevertheless excited at seeing some much-needed Figment representation in the park. The new wall is located near the Fantasia topiary on your way over to the Imagination! Pavilion. Figment may be tiny, but don’t miss out on this cute new photo opportunity. 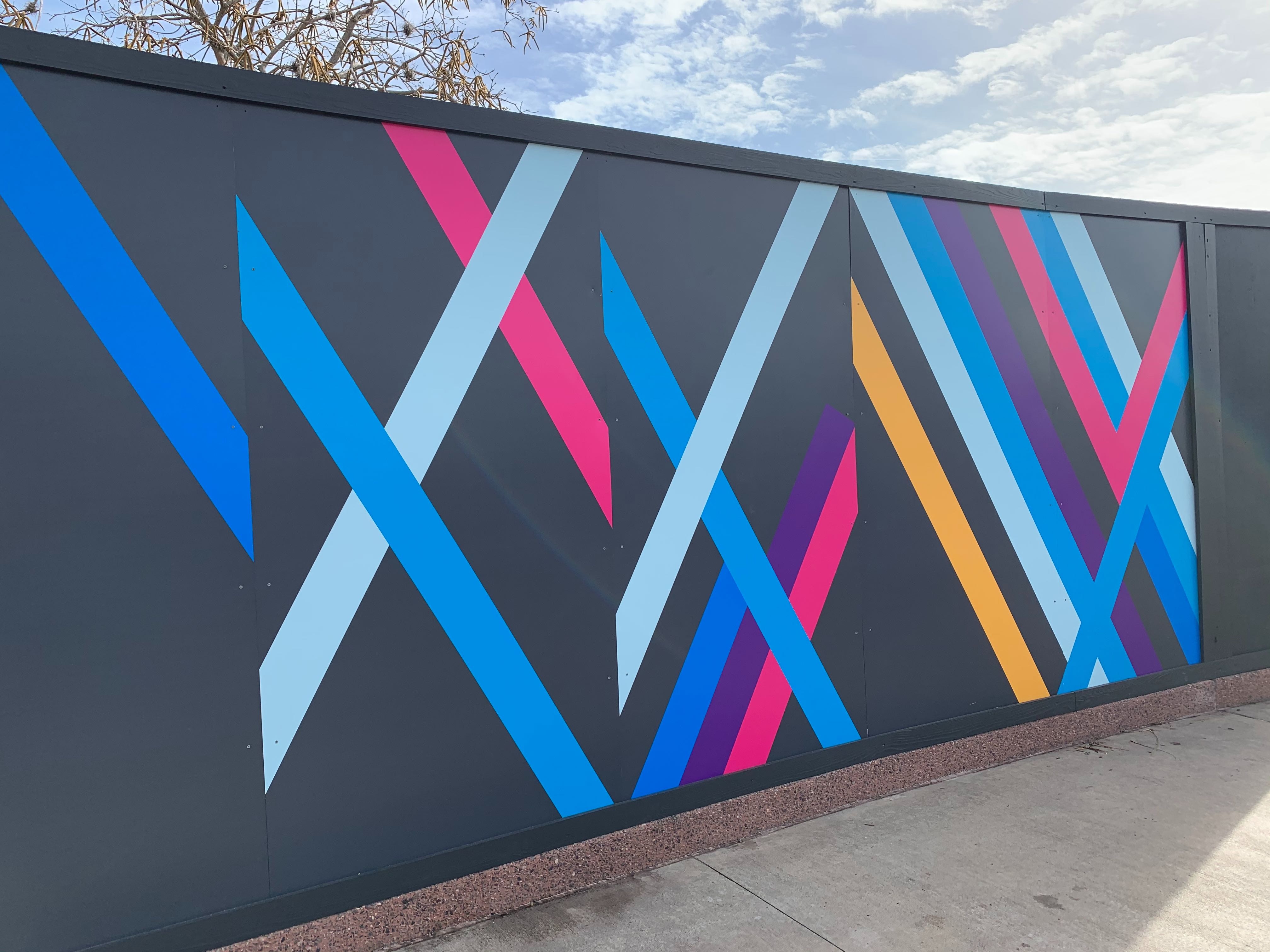 Further down, additional new art has graced the walls wrapping around this area, unfortunately sans characters. 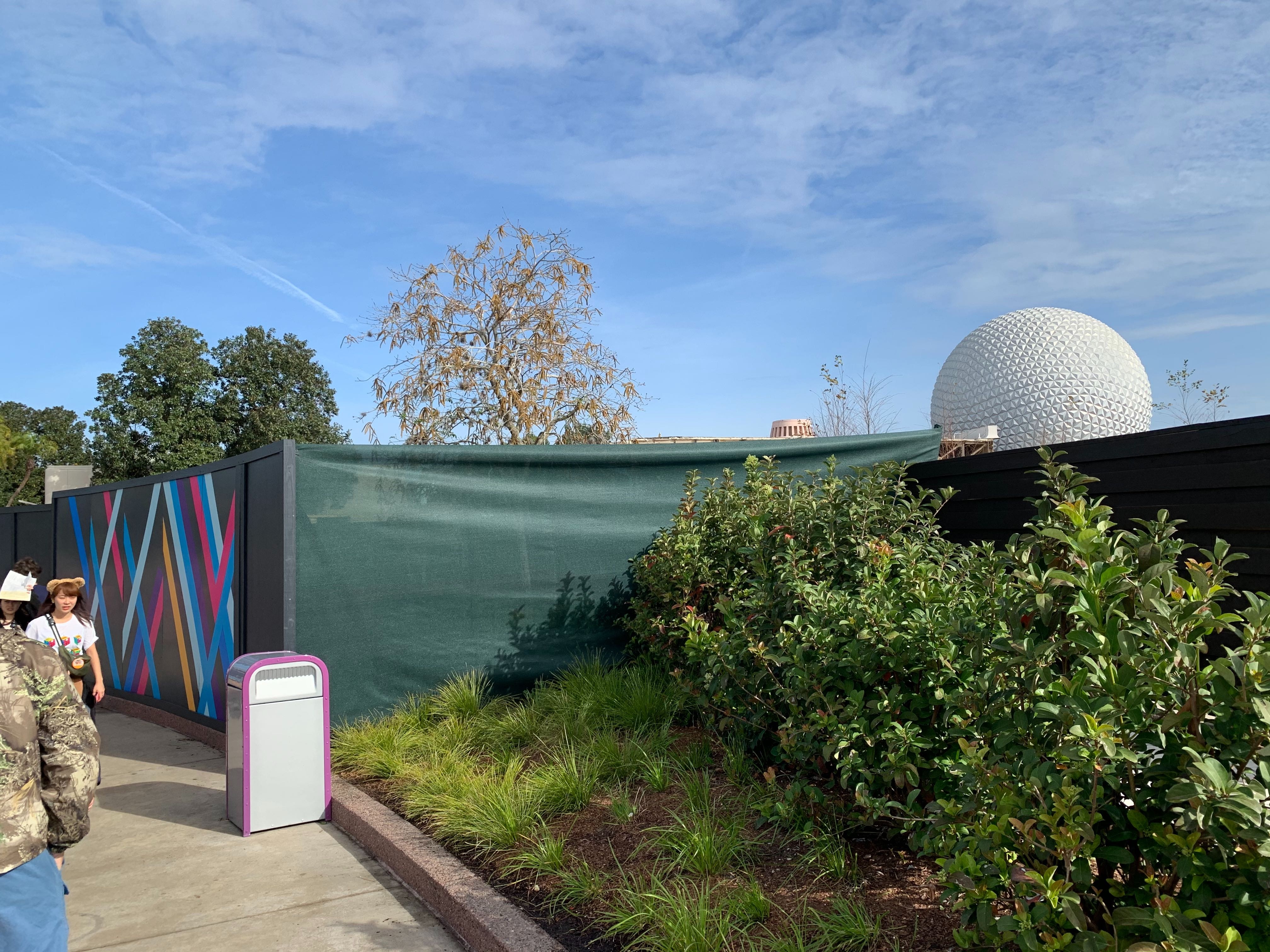 Will you be stopping by for a photo with Figment? With the massive construction going on at the center of EPCOT’s Future World, construction walls are an unfortunate necessity, but at least they’re doing their best to bring some character to them.