Over the weekend, construction began on the right side of the new park entrance plaza at EPCOT. Construction walls now surround the central middle planter after it made a brief appearance for a few weeks, and while the walls were initially void of any theming, they’ve now received the coveted character treatment. 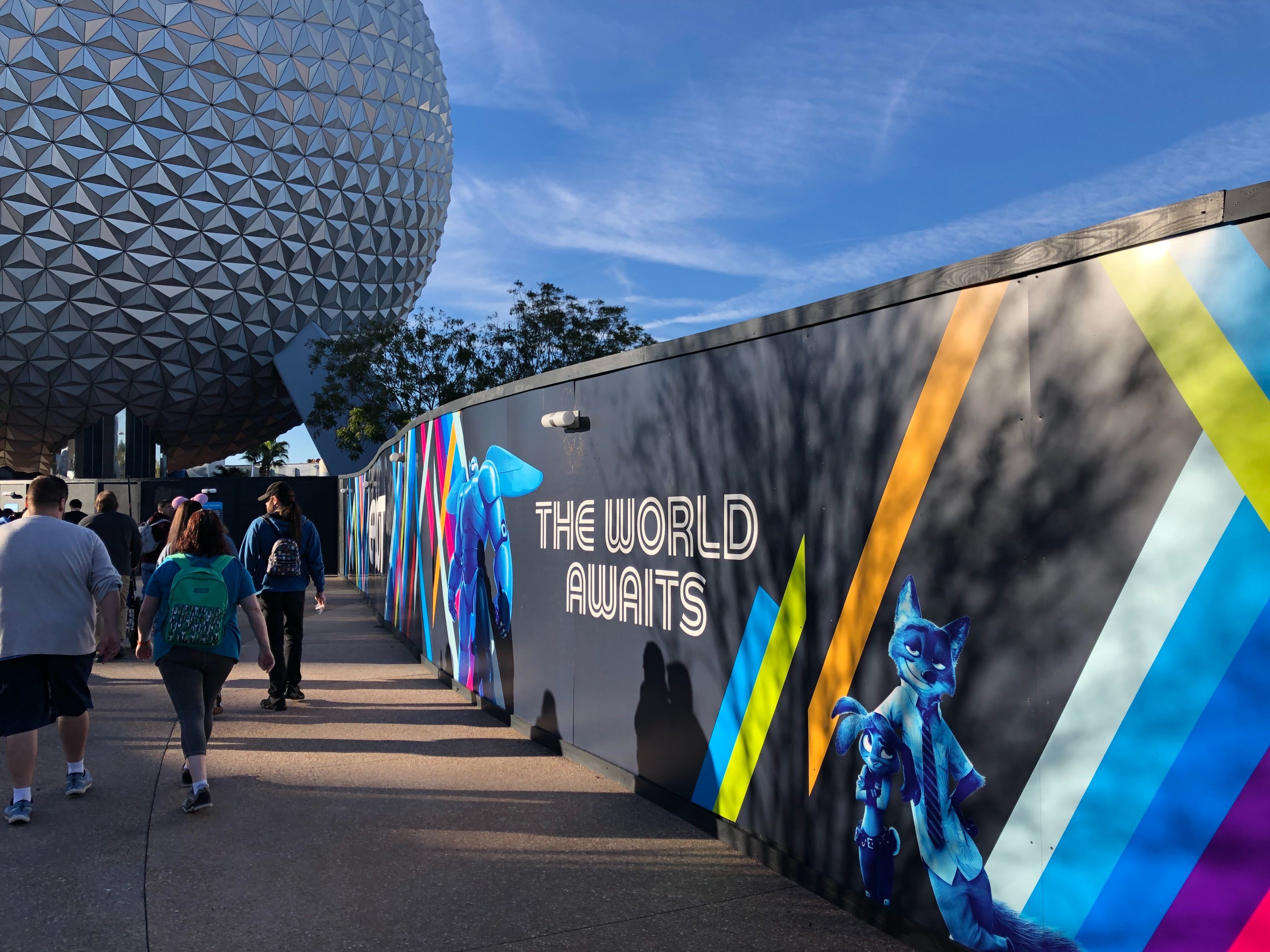 The new walls now showcase Nick Wilde and Judy Hopps from Zootopia, as well as a fully armor-clad Baymax from Big Hero 6. Stylized EPCOT font writes out the phrase, “The World Awaits”. 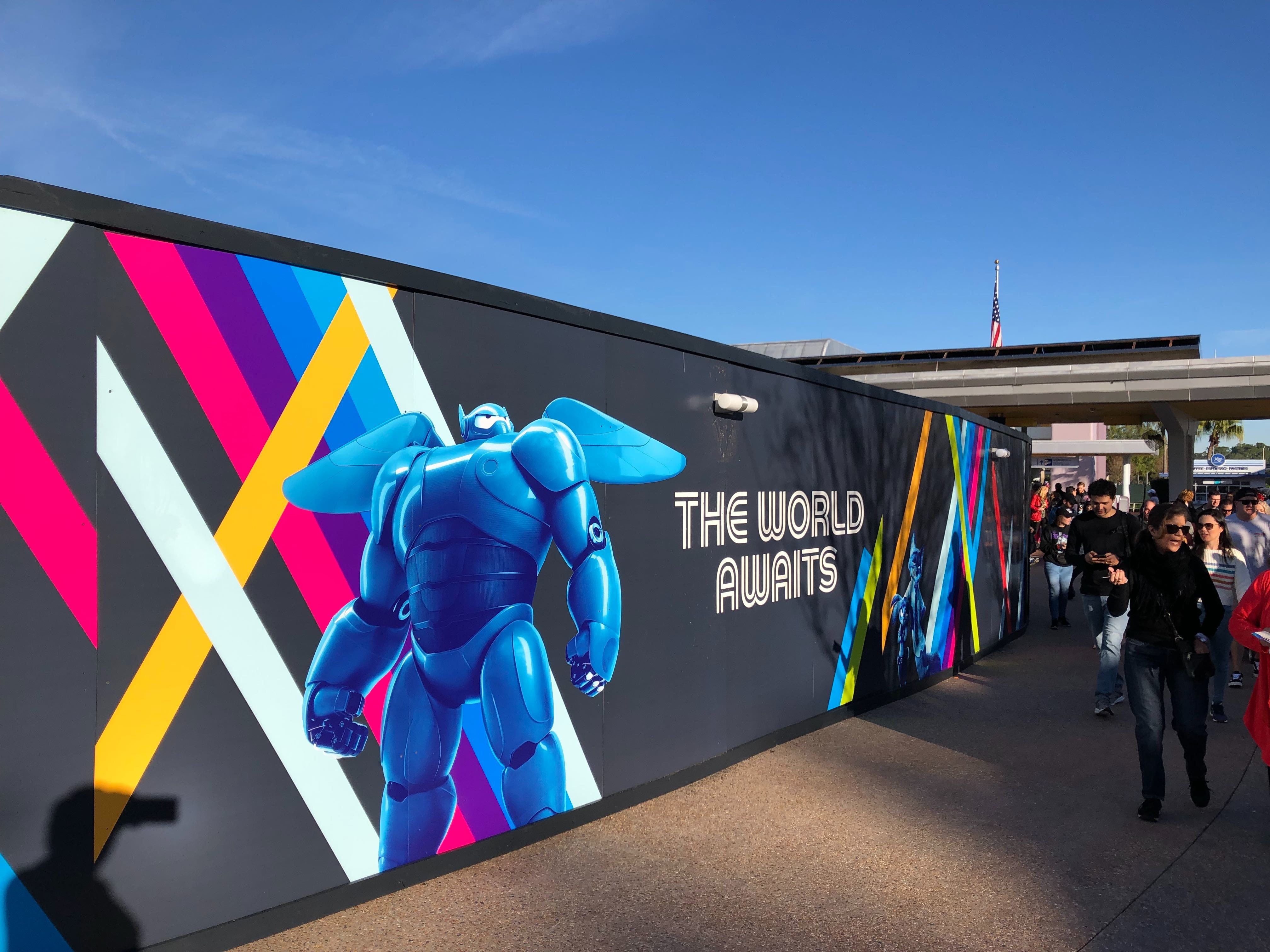 You may be thinking that the Baymax meet and greet has since been discontinued––and how do Judy and Nick tie into EPCOT, anyway? Well, Baymax is set to receive his very own meet and greet space within the new Play! Pavilion opening in World Discovery. Nick and Judy from Zootopia will host an interactive game called “Hotel Heist”. You can check out the full slate of meet and greets, attractions, and activities inside the Play! Pavilion in our post here. Further down, an EPCOT logo wall graces the last row of construction walls facing out towards the entrance plaza. 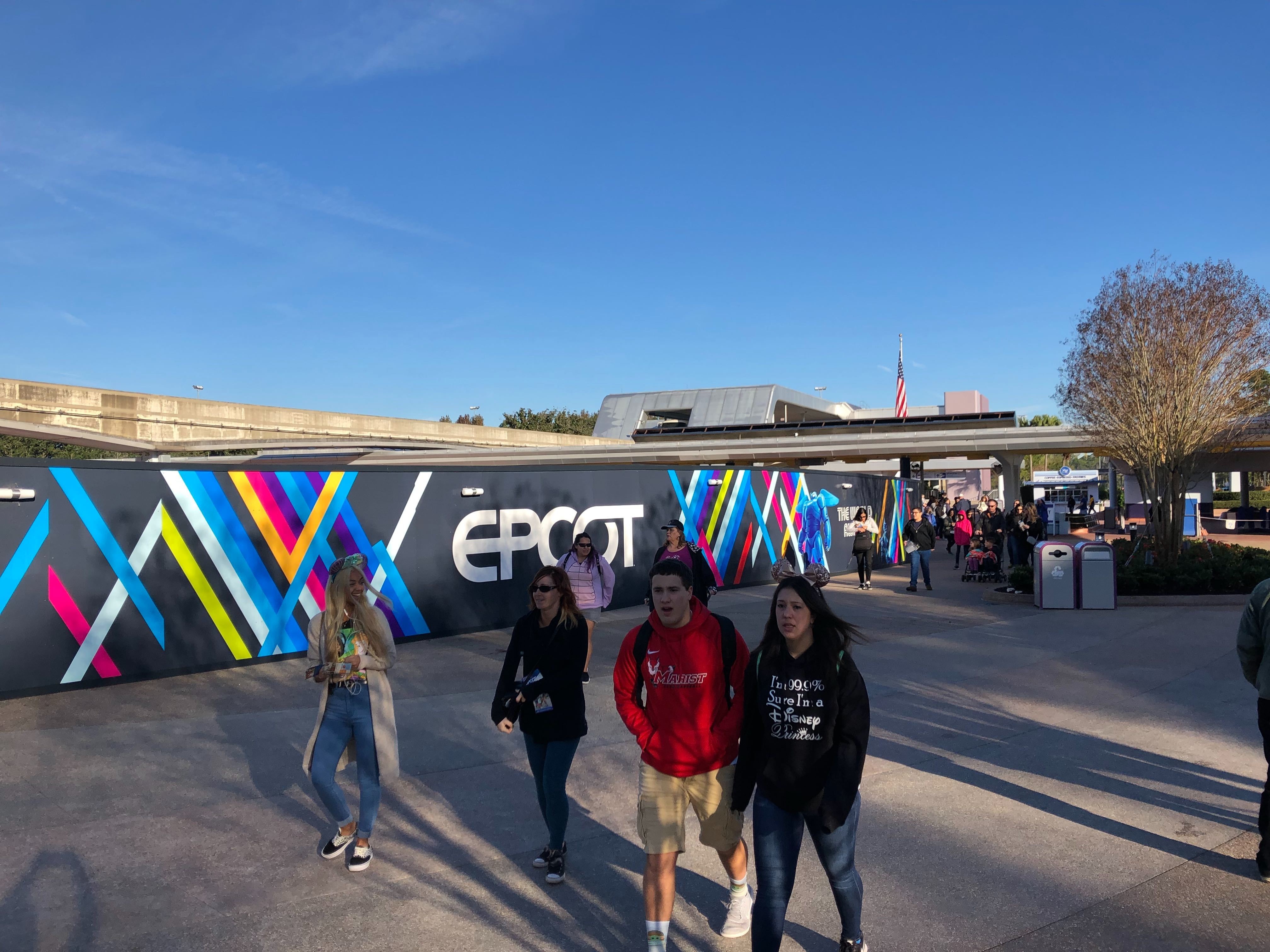 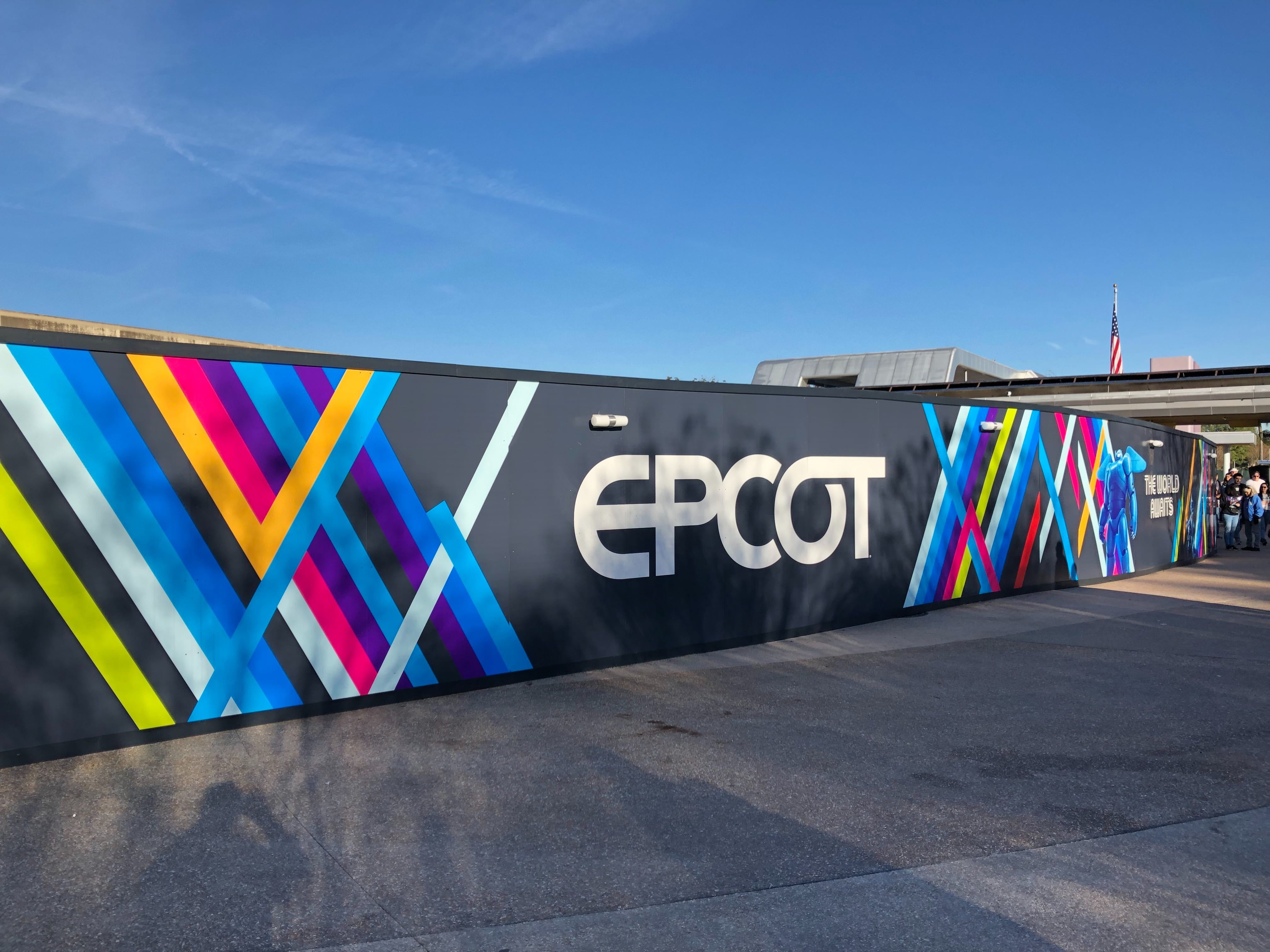 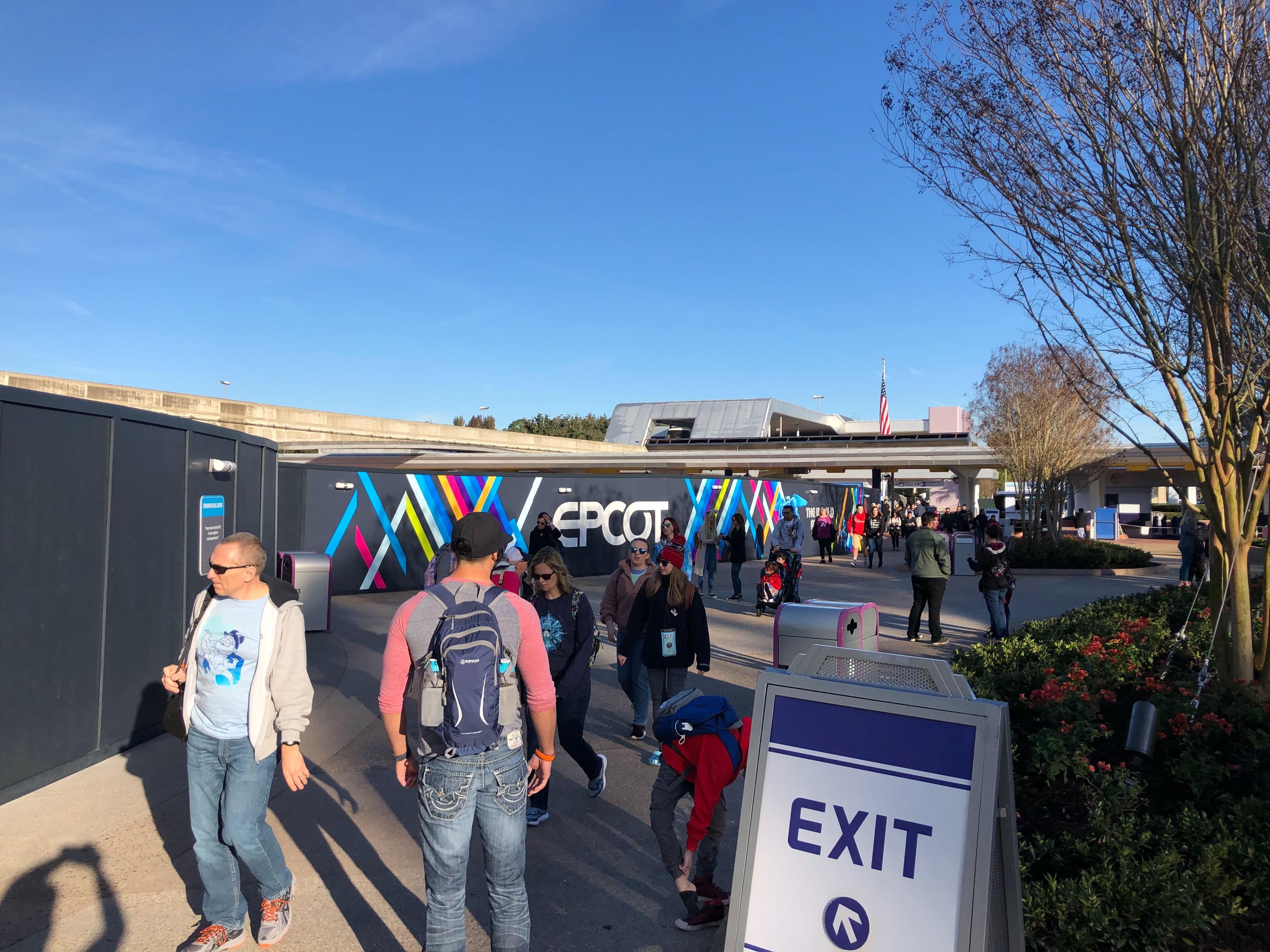 It’s nice to see that these received some form of theming as they’re the first thing many guests see (well, besides Spaceship Earth) upon entering EPCOT. 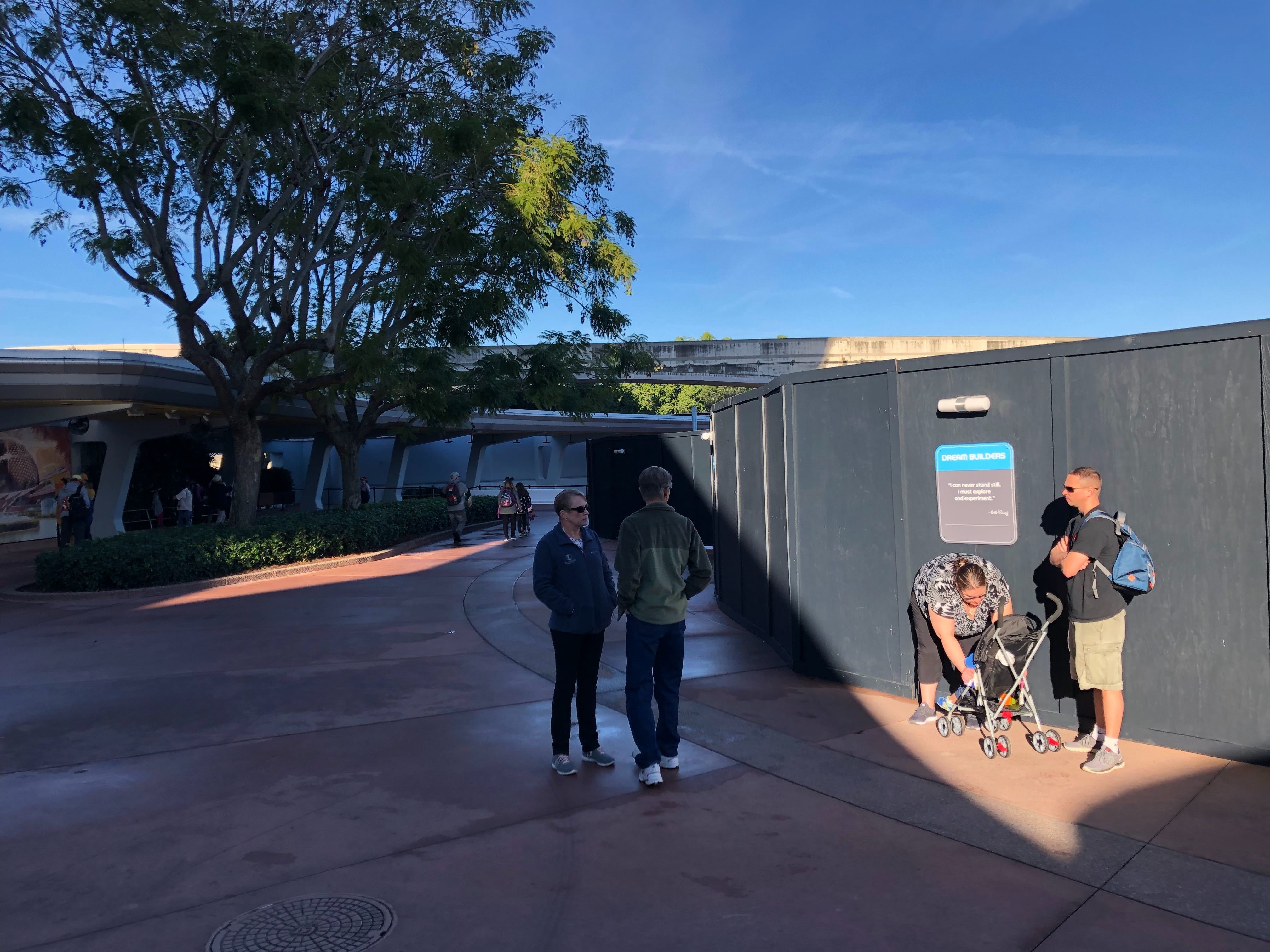 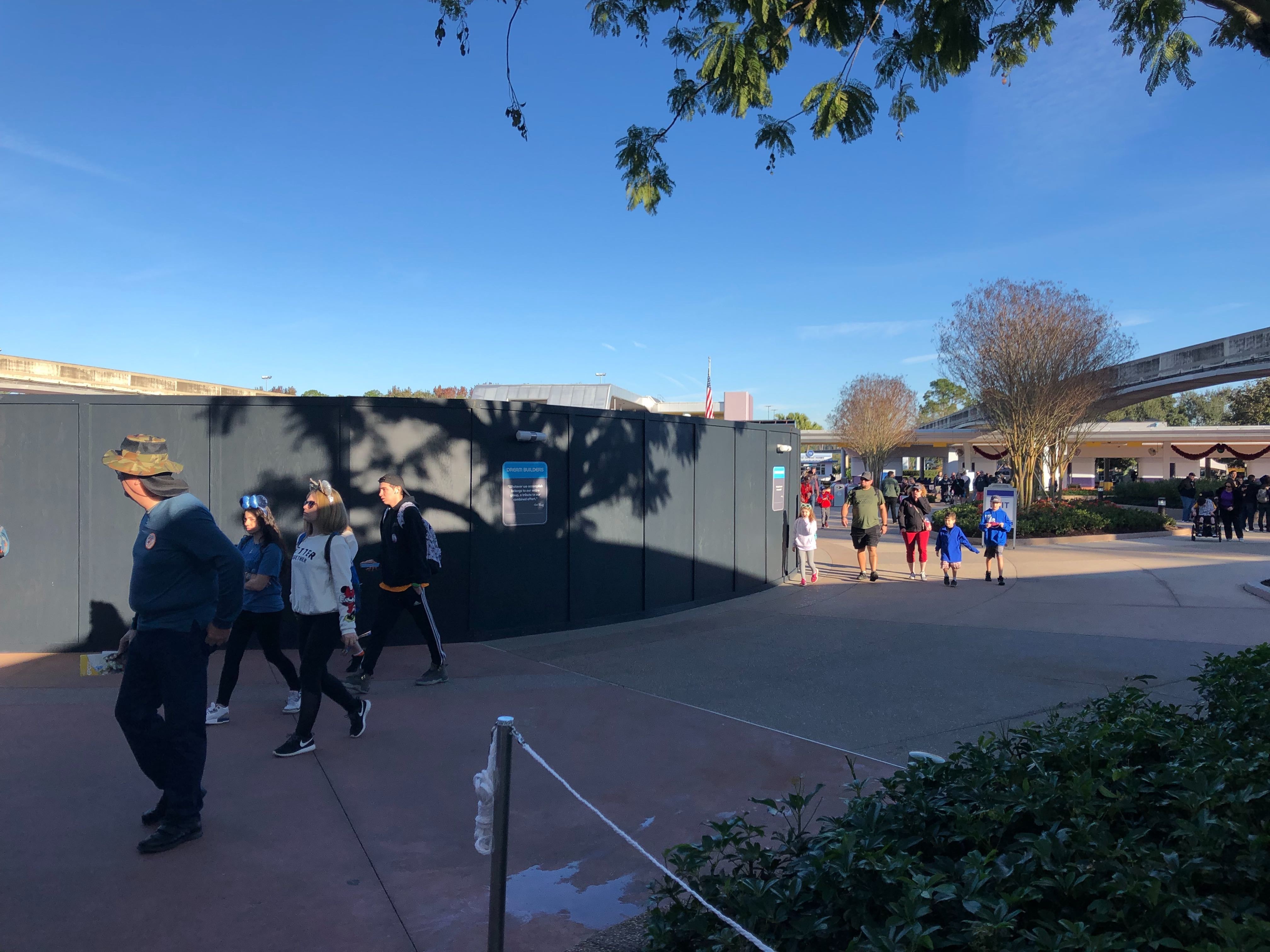 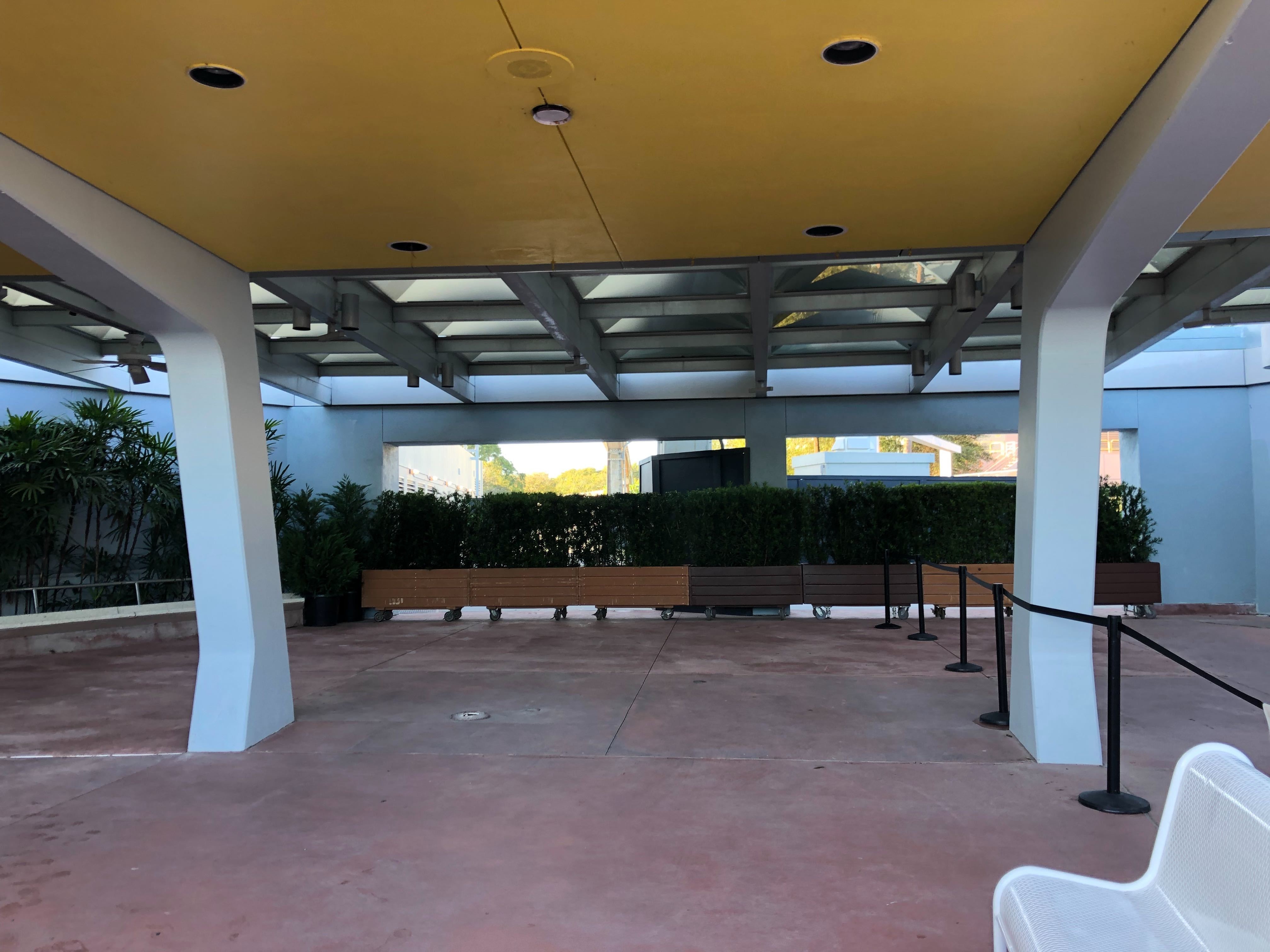 Around the construction wall loop, the park entrance bypass leading over to The Land and The Seas pavilions remains closed despite opening briefly on New Year’s Eve.