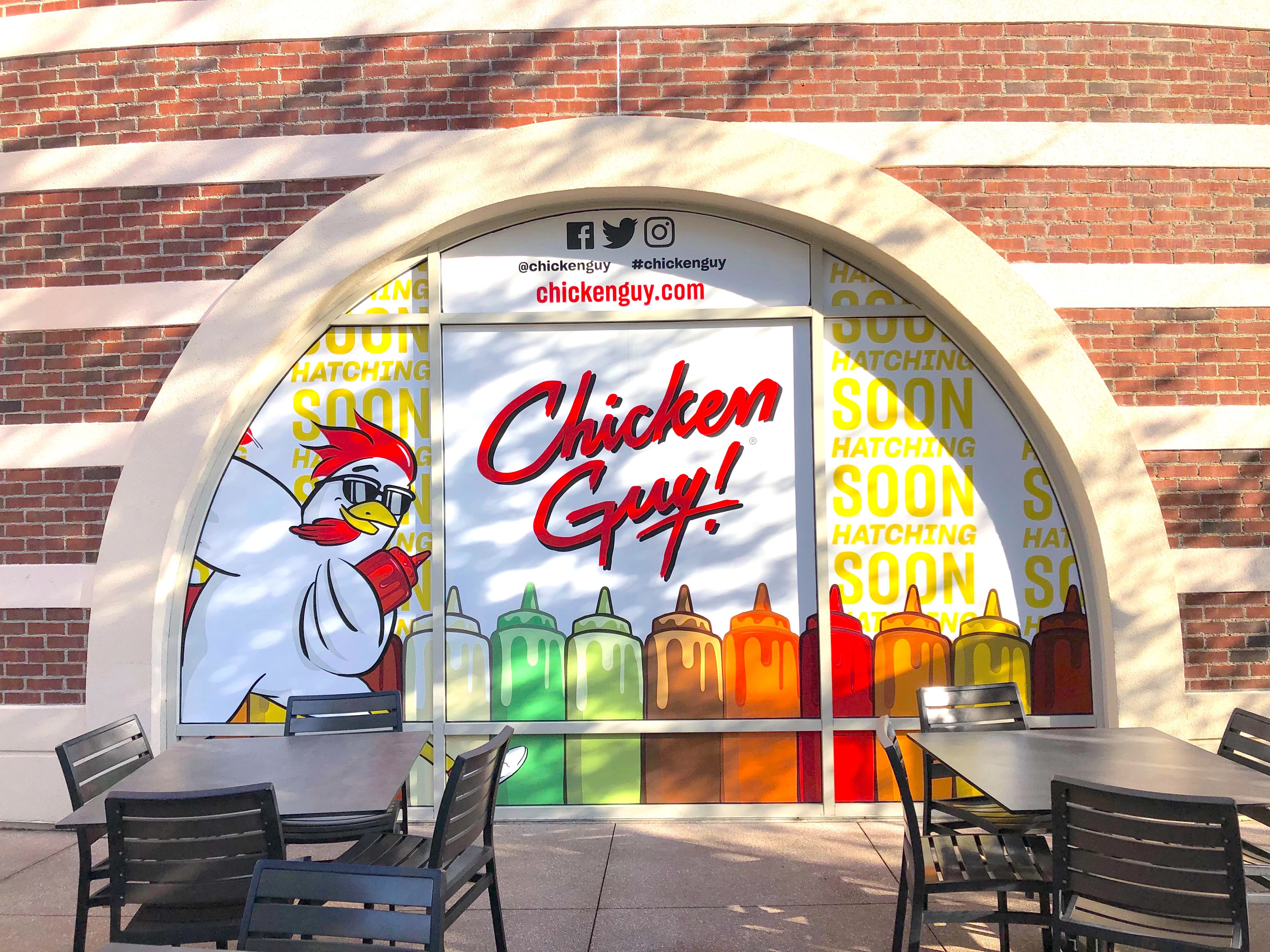 The “restaurant remodel” for Chicken Guy! we shared with you back in December is already underway at Disney Springs. Our reporters noticed this morning that the windows near the Planet Hollywood gift shop were blocked by “Chicken Guy! – Hatching Soon” coverings. 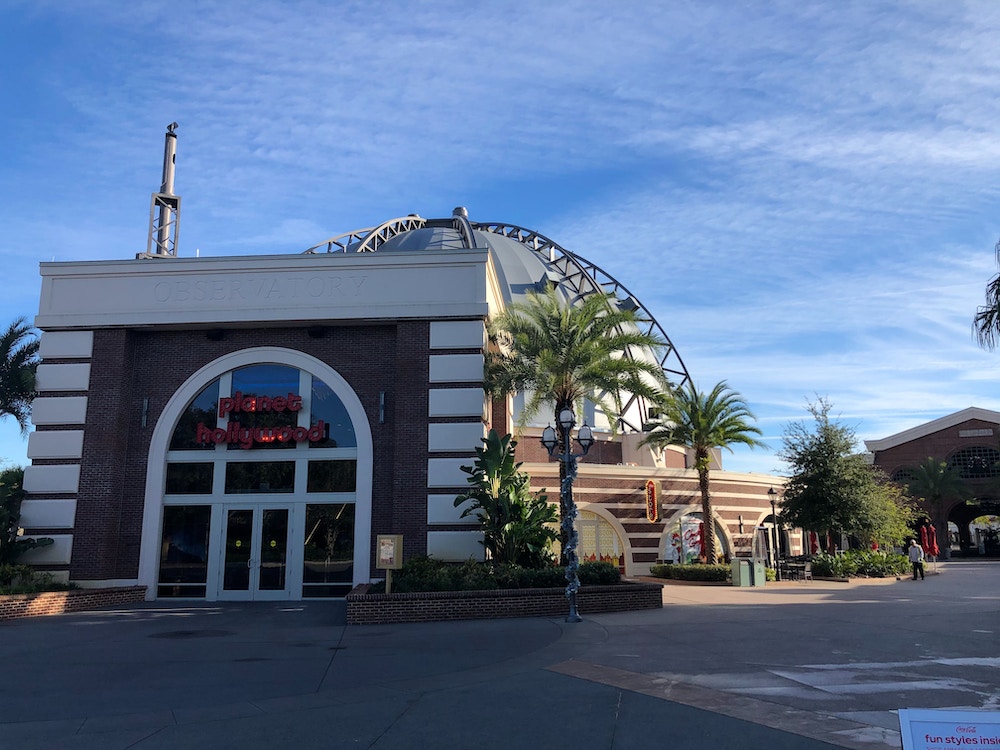 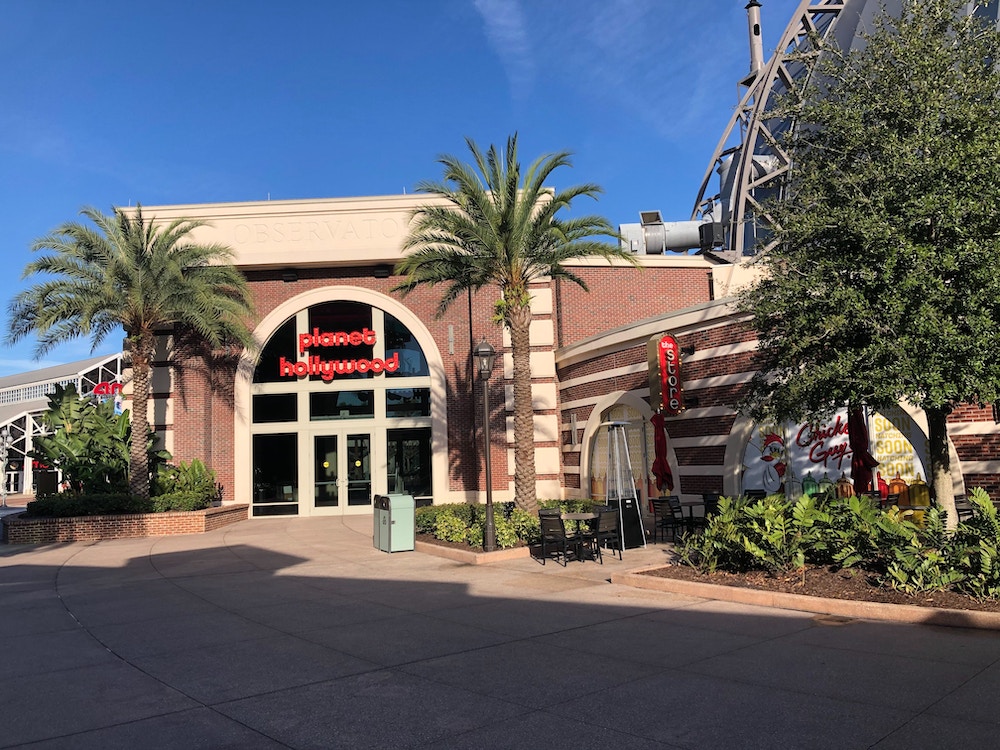 The window coverings for the Chicken Guy! expansion are clearly visible from the pathway to advertise the popular quick-service location. 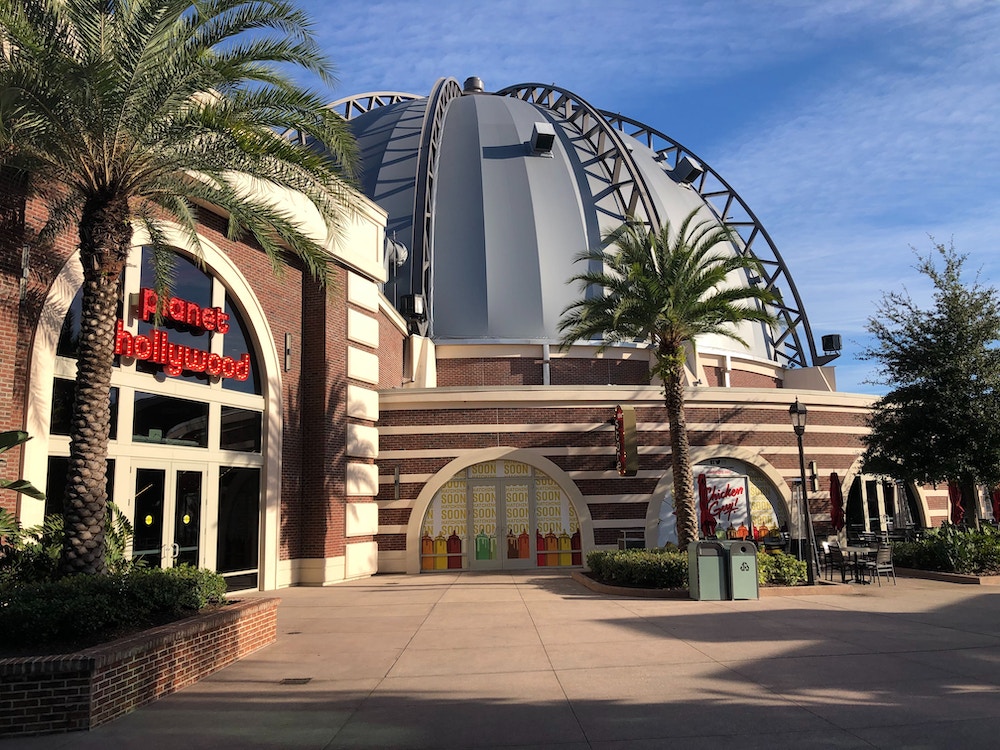 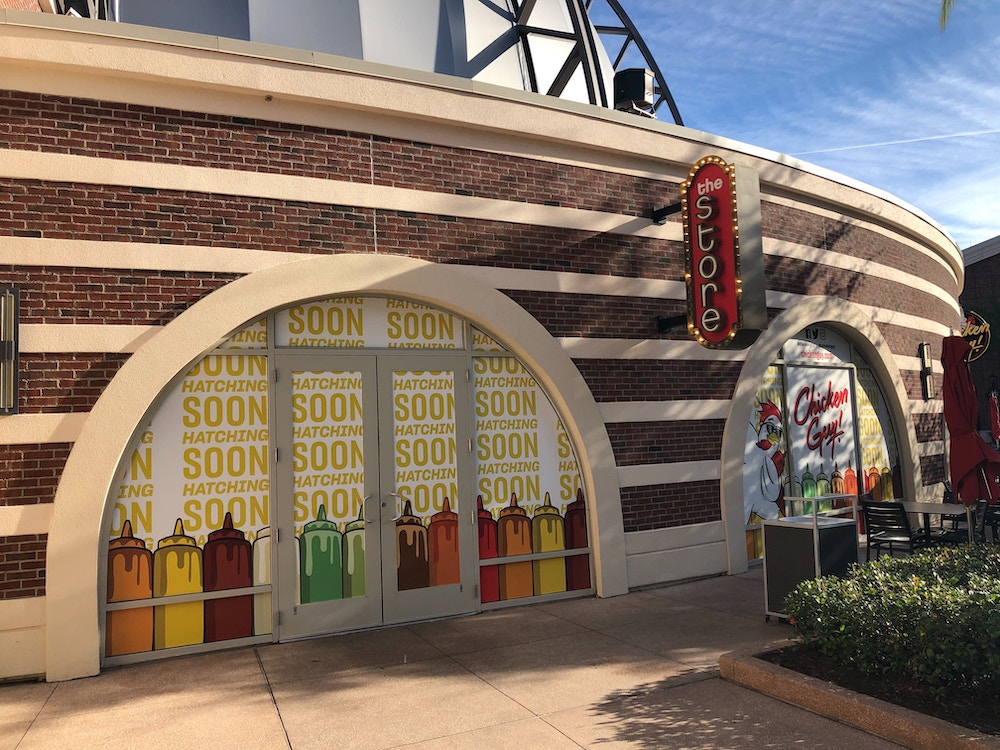 The sign for “the store”, the Planet Hollywood gift shop, is still up at the former entrance which will soon be part of an expanded Chicken Guy! 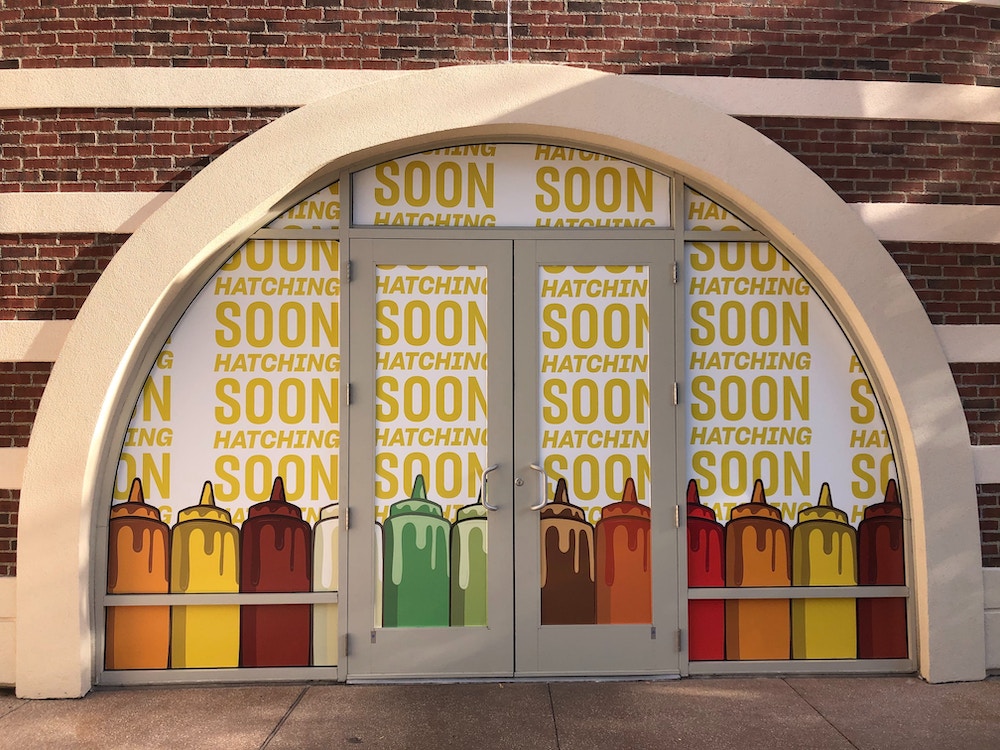 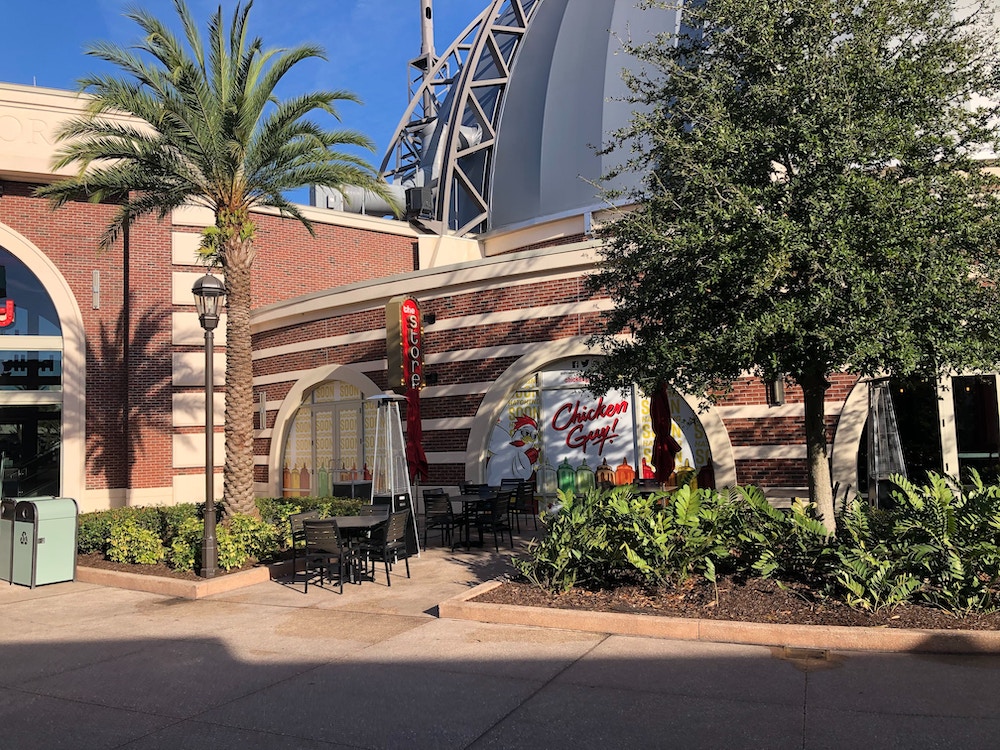 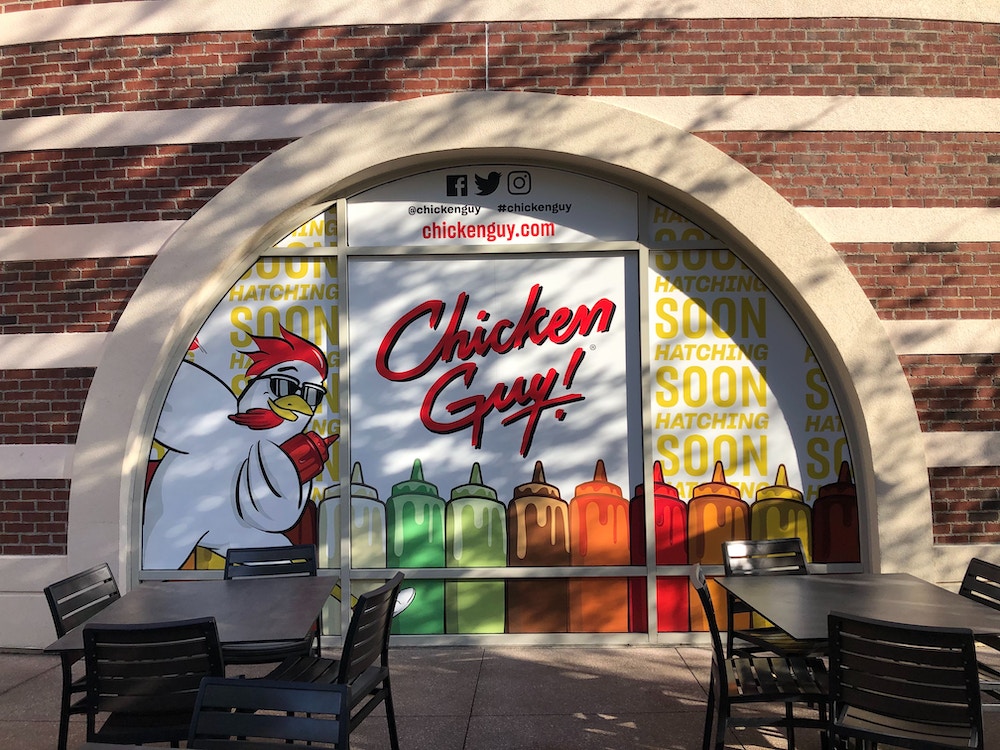 Numerous sauce containers are on display to represent some of their 22 different sauces available. 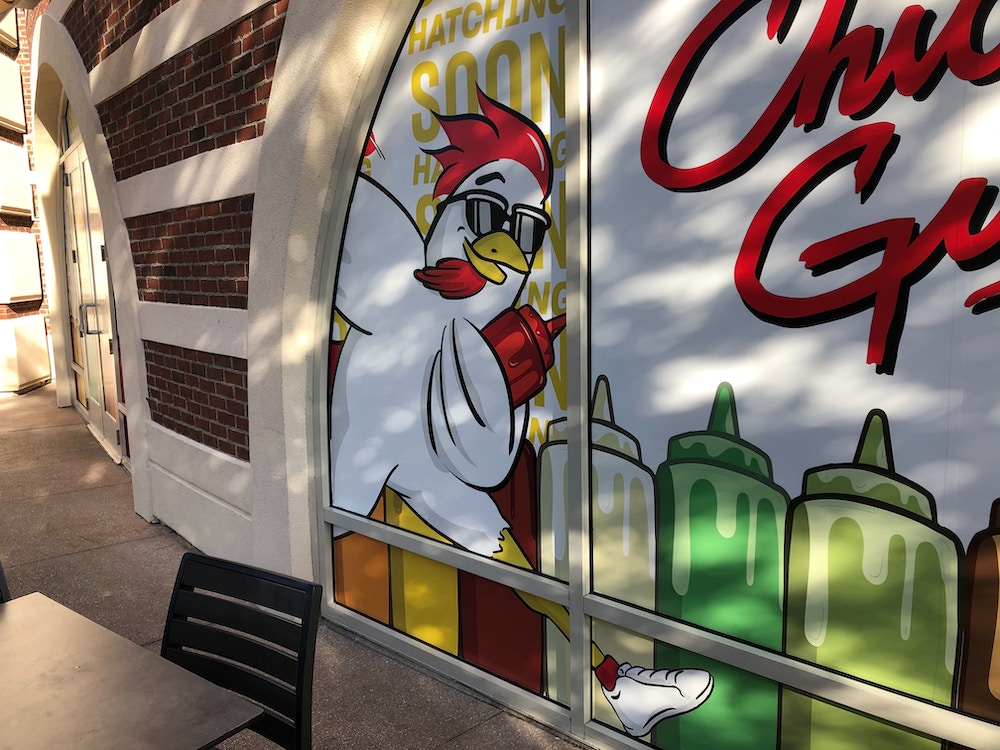 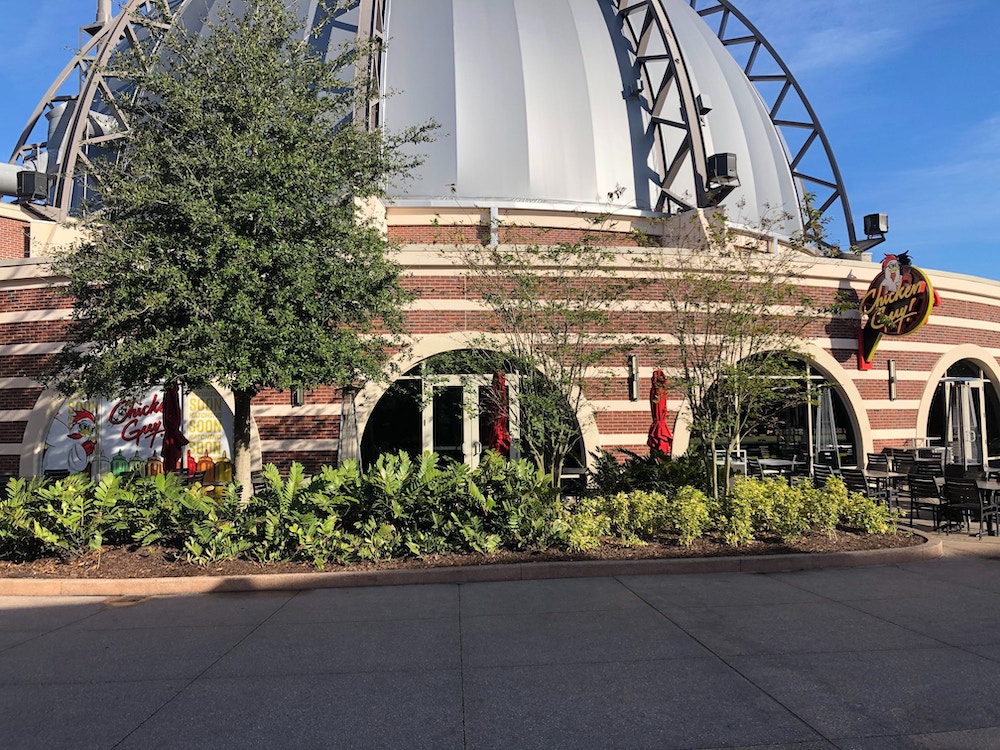 You can see just how far to the right that the expansion will take Chicken Guy! It appears the interior might expand by as much as 30 or 40%. 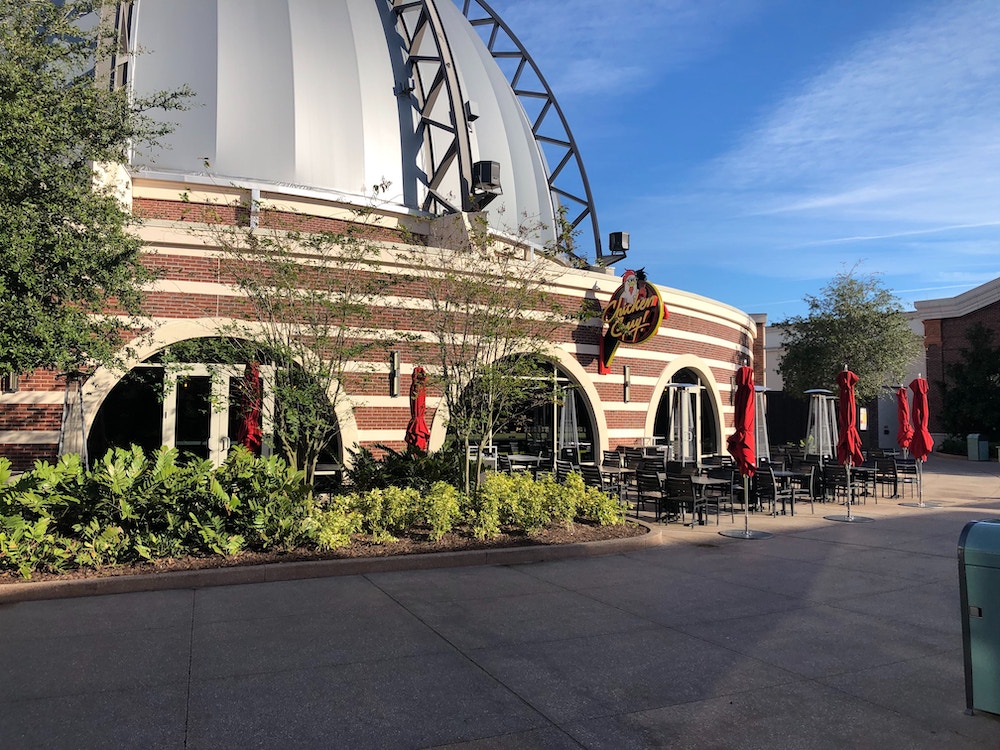 There’s no word as to if the expanded Chicken Guy! will have an additional entrance from the entrance of Planet Hollywood Observatory.

The restaurant is a victim of its own popularity, often boasting a line so long that it spills out of the building, and never seeming to offer enough seating for the amount of people who want to dine there. Expanded seating and indoor restrooms will be added as a part of the restaurant remodel, and Cast Members at the location have mentioned that the restaurant will not be closing during the expansion.