PHOTOS: Pillars For Illuminated Canopy of TRON Lightcycle Run Rise From Tomorrowland at the Magic Kingdom

If you have been to Magic Kingdom any time over the past few years, you have no doubt kept up with the progress of TRON Lightcycle Run. The enormous construction site stretches from Space Mountain all the way to Goofy’s Barnstormer, so it’s hard to miss. This is a coaster that will travel in and out of a large show building. It will also make a large circle outside the show building under a large open-air illuminated canopy. Today, we noticed some of the first structural signs of that canopy. 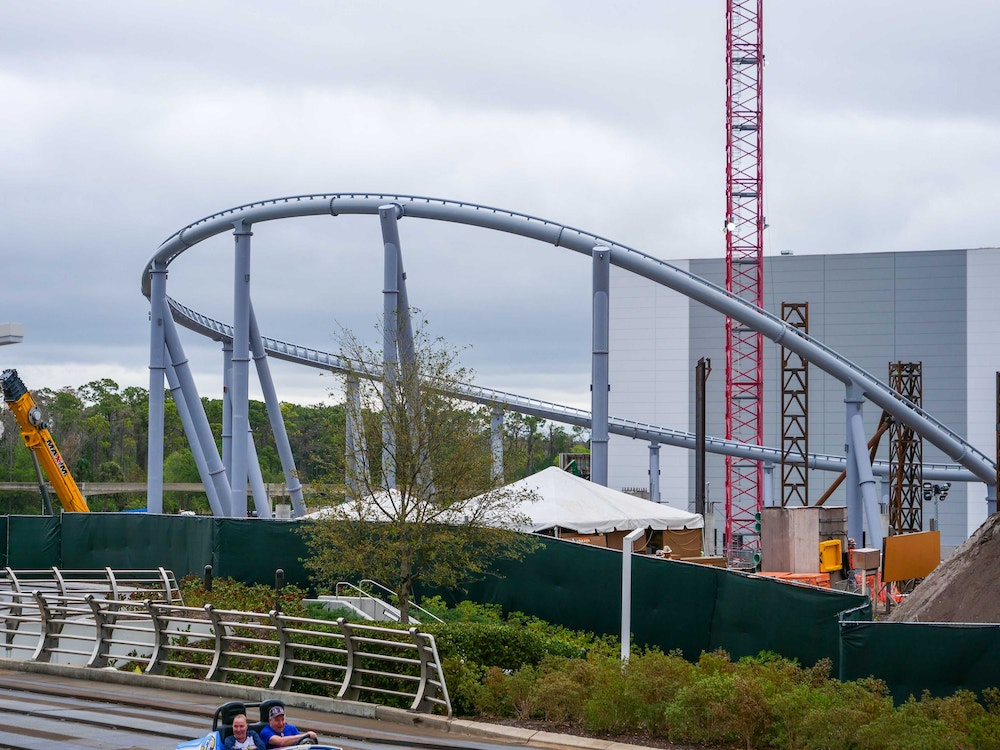 The large loop is easily seen from much of Tomorrowland. Especially, as pictured, if you are driving the roads of the Autopia. 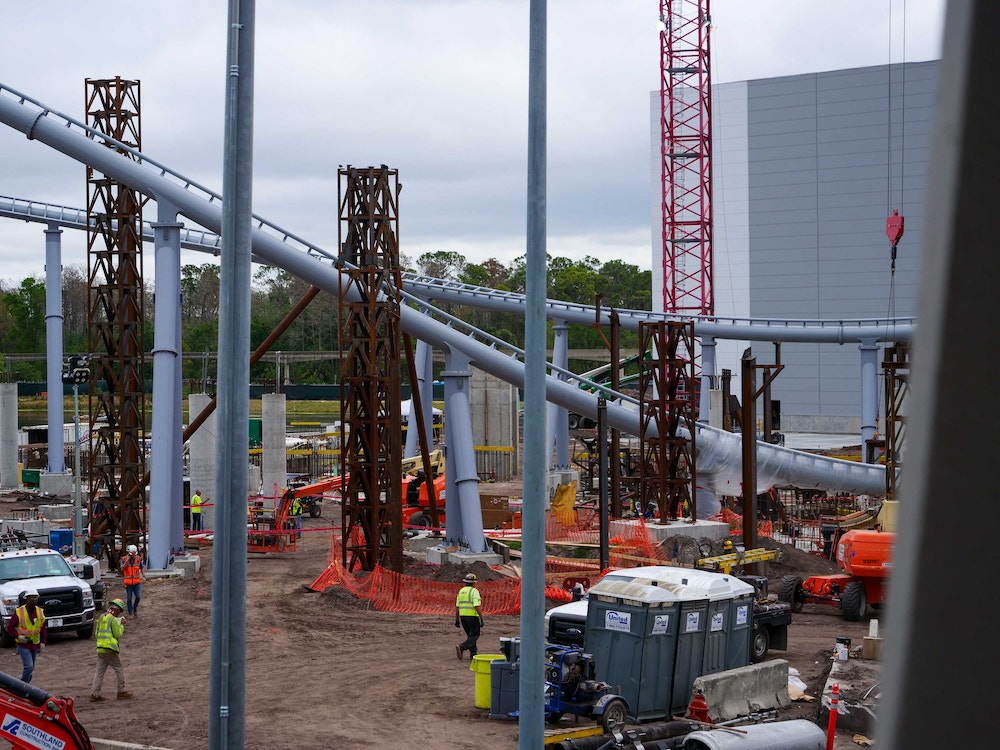 The large, rust-colored pillars will serve as supports for the large undulated roof of TRON Lightcycle Run while it’s being constructed. Once finalized, we’ll see these come back down to reveal a clear, futuristic facade. 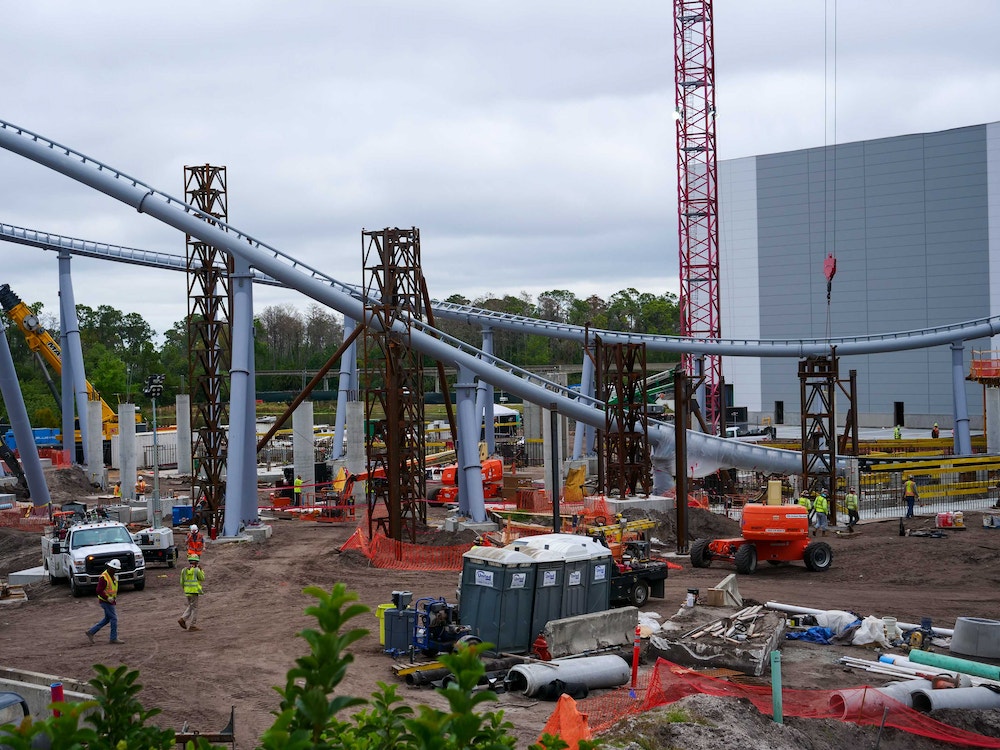 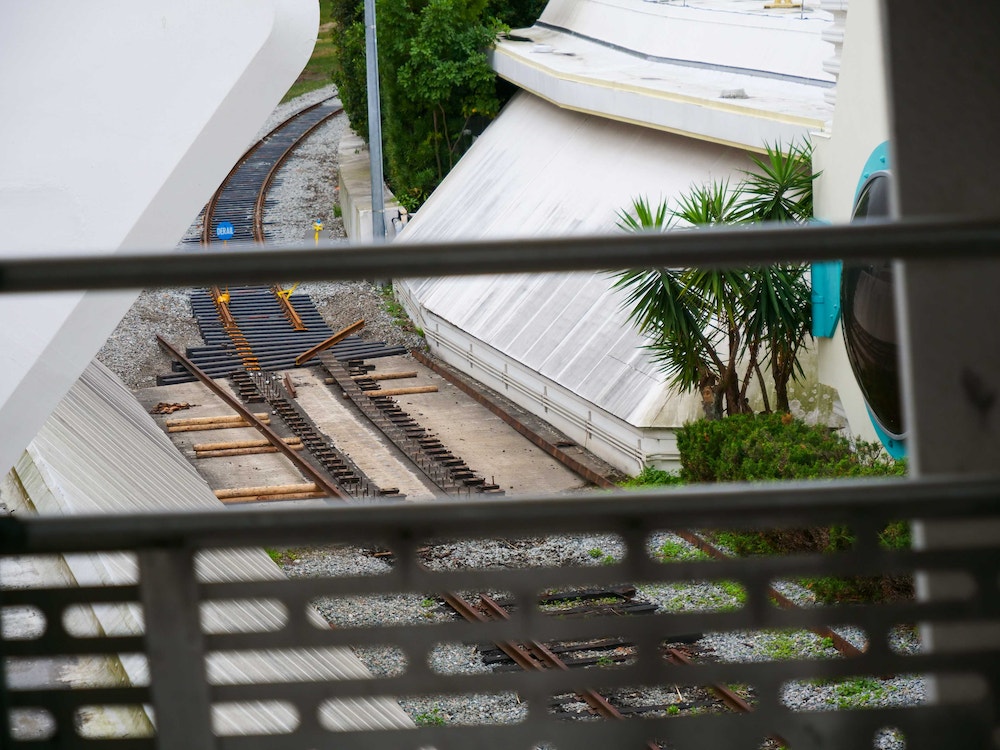 While riding the Tomorrowland Transit Authority Peoplemover, we could see work being done on the track of the Walt Disney World Railroad as well. If you take a look at this concept art, you will see that the train will go directly through the new TRON attraction on its way to Main Street, U.S.A. 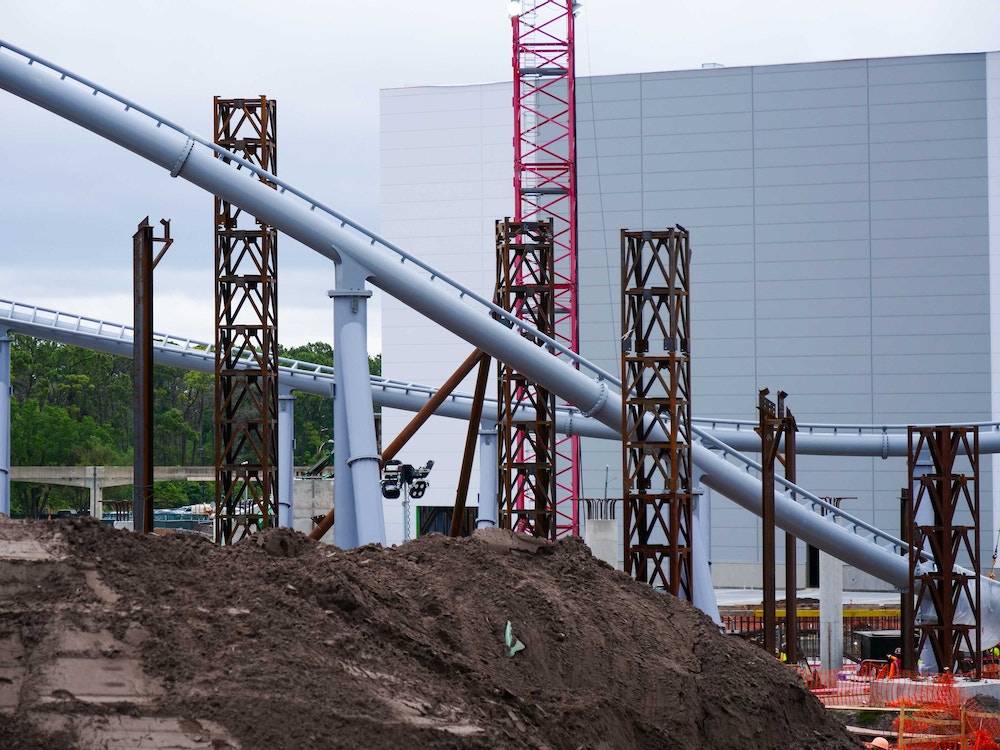 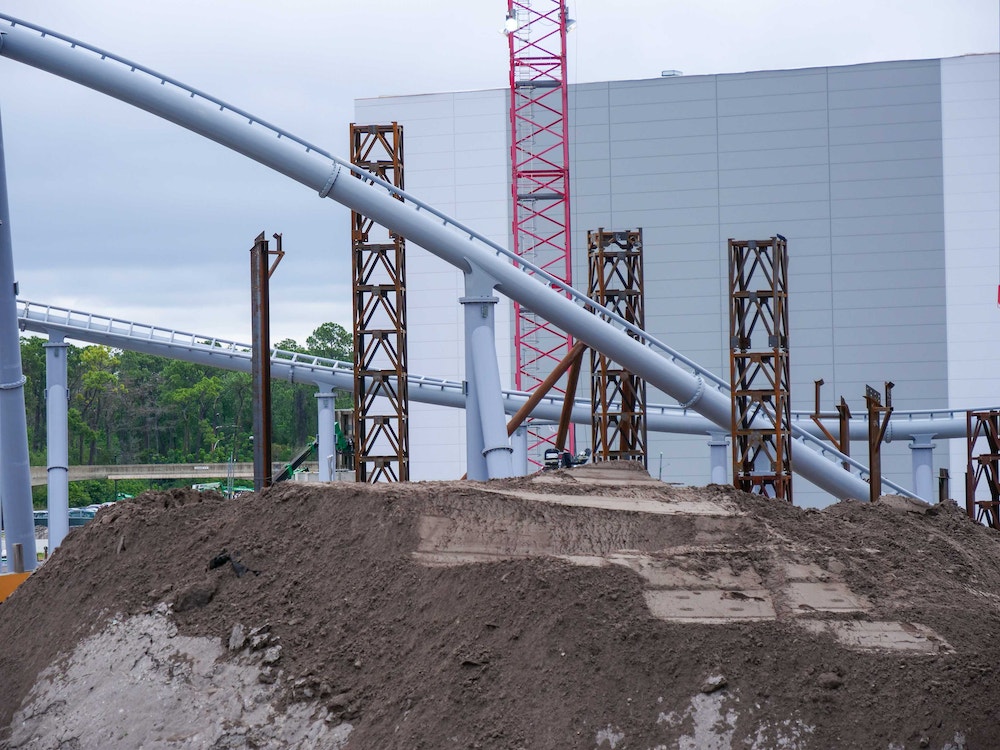 To bring this project more into focus, and be able to see a much more vivid look at the upcoming canopy roof that is to be built, check out our POV video of TRON Lightcycle Run at Shanghai Disneyland.

Work continues, and as it does, we will keep you updated. Stay tuned to WDWNT!