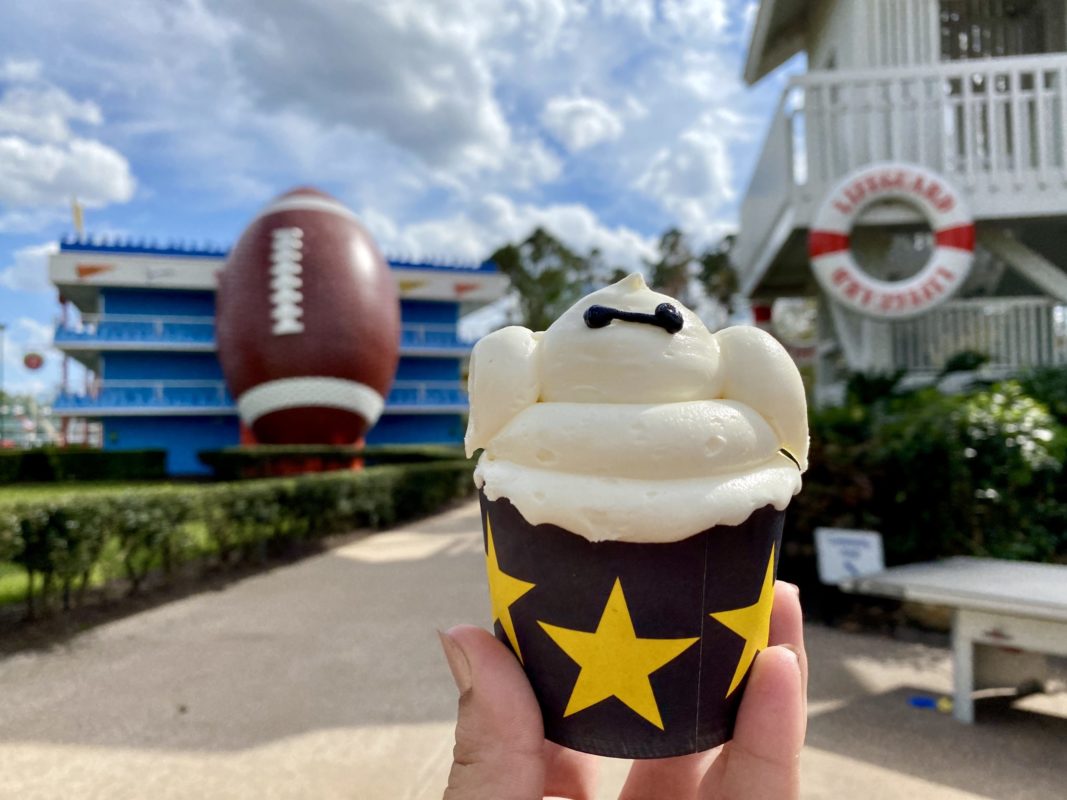 Our favorite Personal Heathcare Companion has come up with a new way to improve our health––by satisfying our sweet tooth! An adorable cupcake version of Baymax from Big Hero 6 is the latest of limited-time character treats to appear at Walt Disney World. 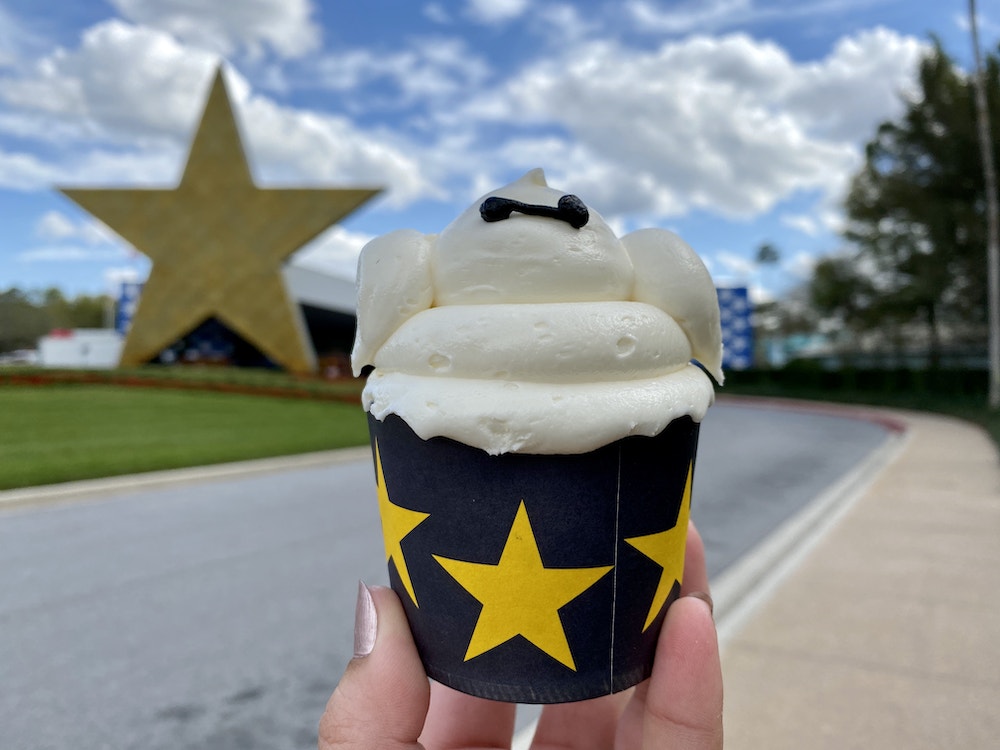 This adorable little guy comes in a black and yellow star wrapper. 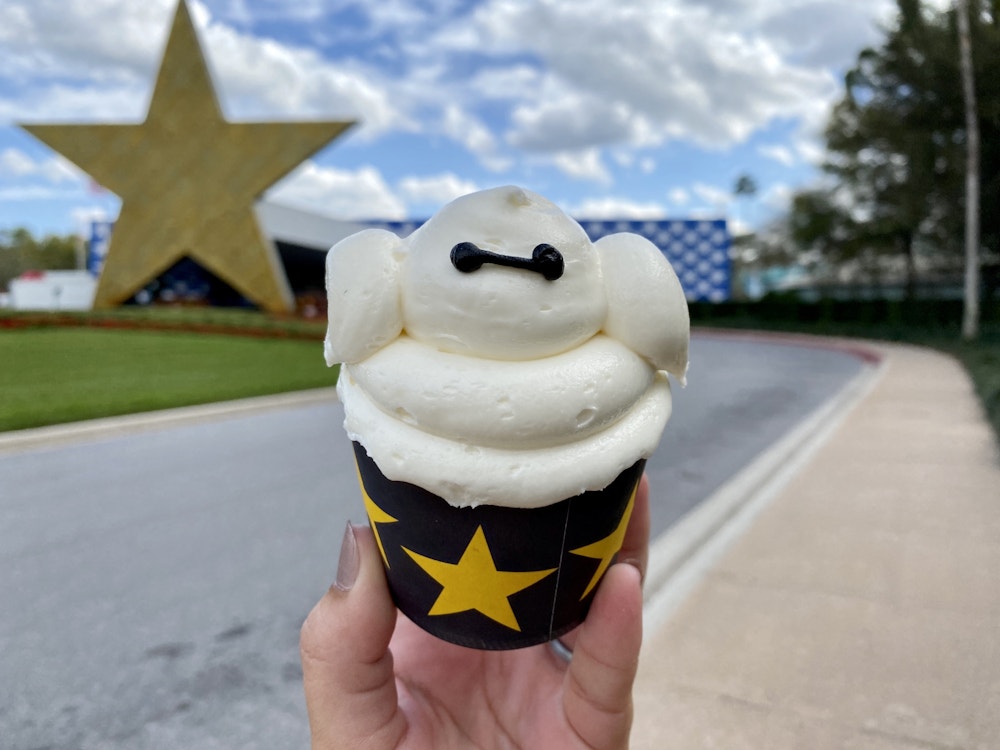 Baymax himself is made entirely of icing. 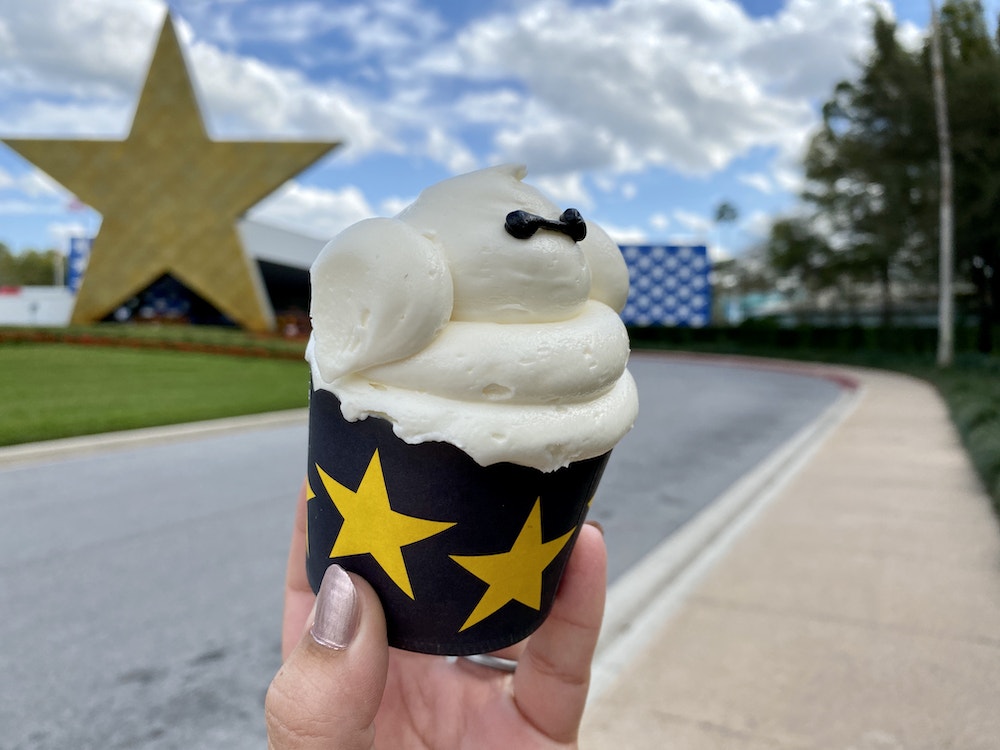 From the side, you can see his little arms held to his side in flight. 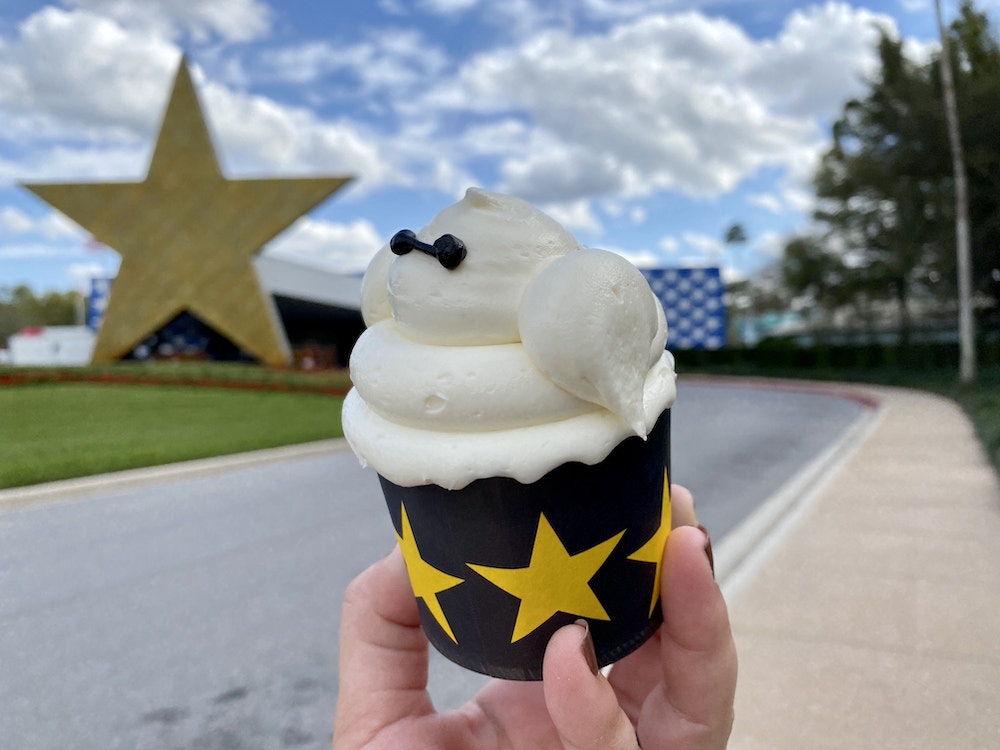 His eyes are expertly applied in black icing. 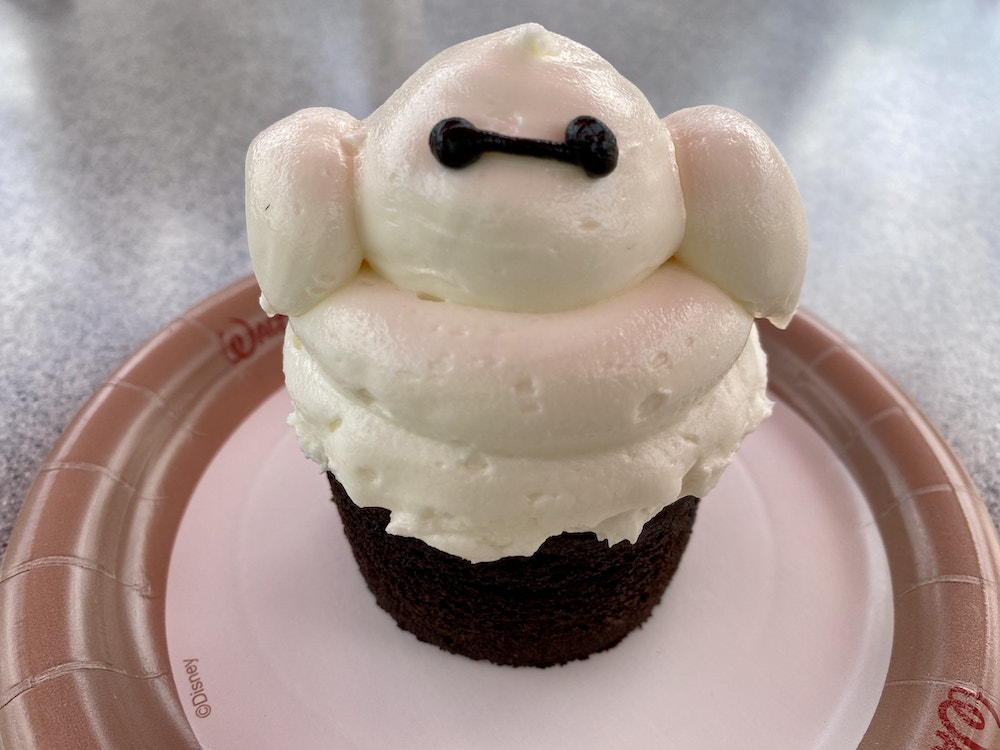 Once unwrapped, we see it’s a chocolate cupcake underneath buttercream icing. The icing was very soft and fluffy. 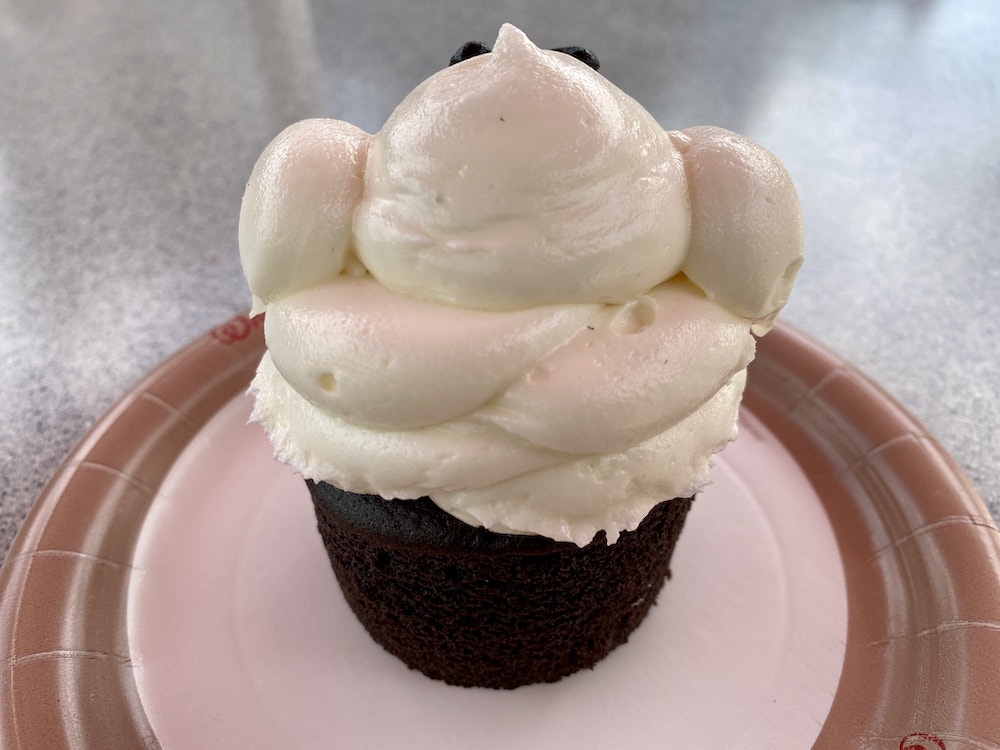 Even from the back, this little guy is adorable. 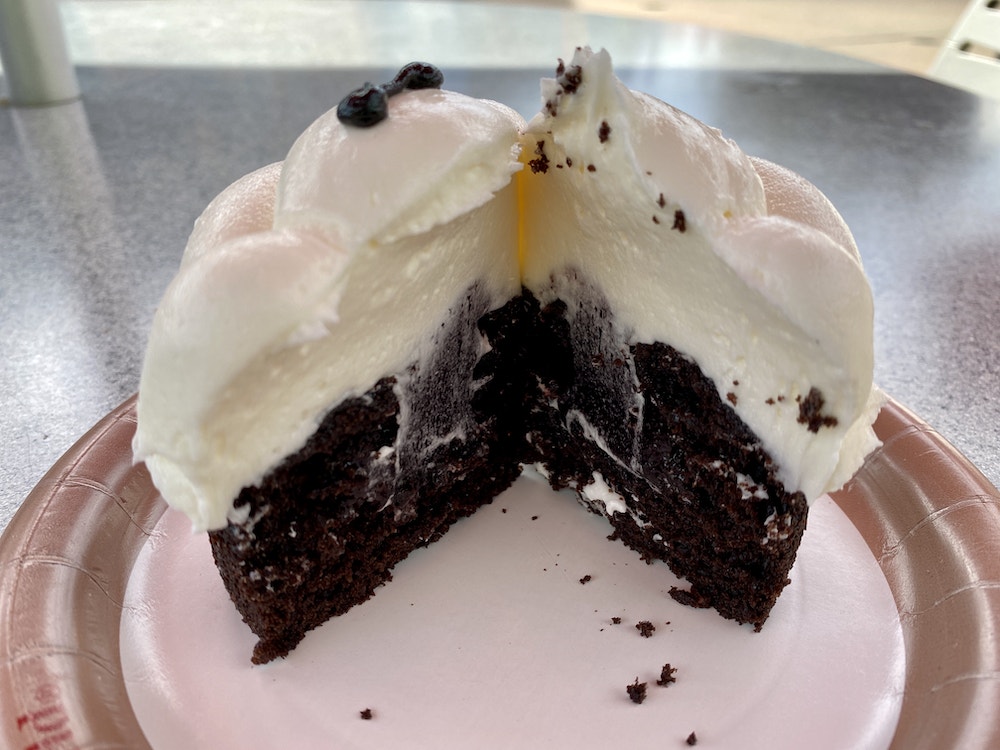 When we cut into him (which believe me, we almost didn’t want to), we could see there was a soft, jelly-like filling inside. 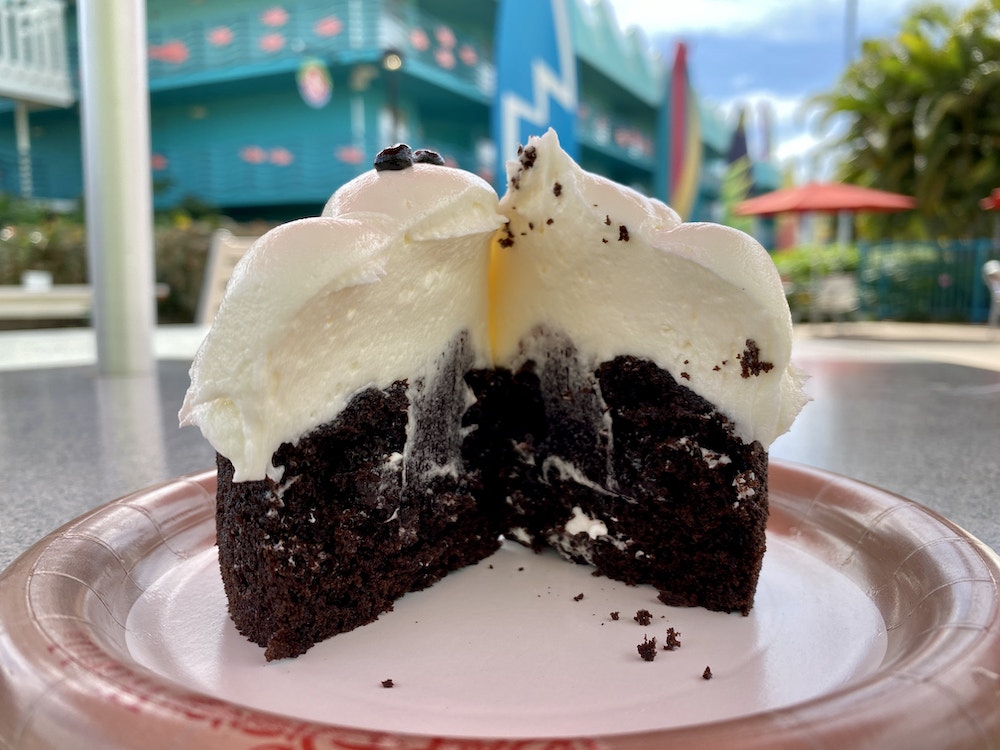 Once we took a bite, we were totally hooked. The buttercream icing was very sweet and plentiful, but the filling in the center was a tart raspberry, and helped to balance out the icing’s sweetness. The chocolate cake was moist and fresh, adding a lovely chocolate flavor to the mix. The three flavors of buttercream, chocolate, and raspberry mixed together for a sweet, summery, fruity taste. 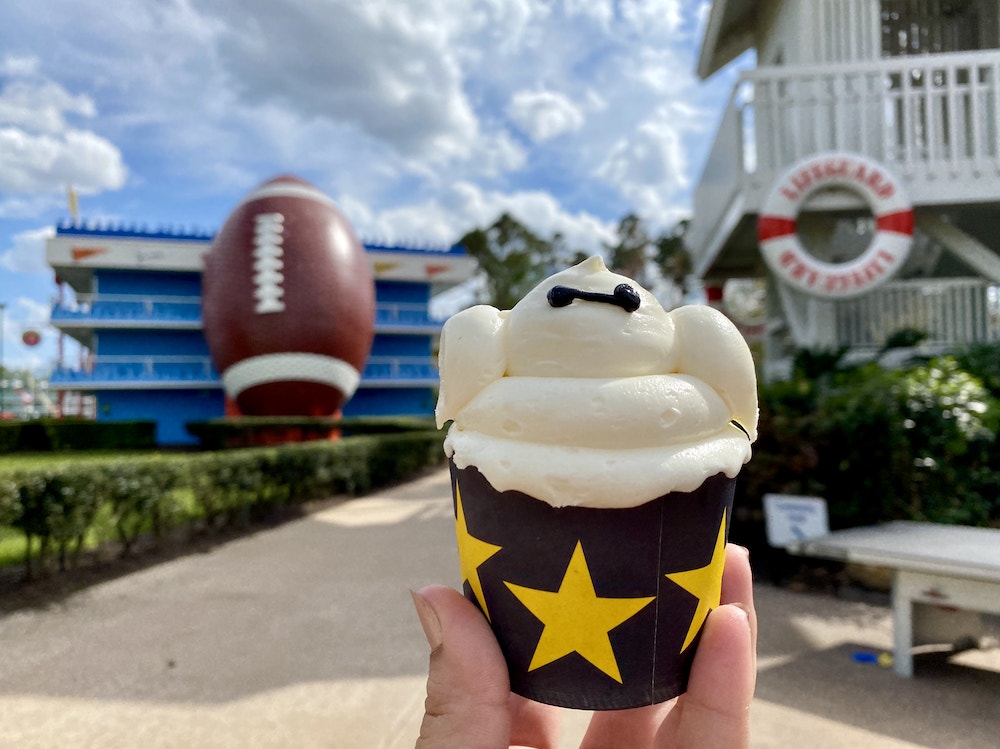 Altogether, we loved this cupcake, and while it was sweet enough (and fluffy enough) to easily feed two people, we were selfishly happy to have this one all to ourselves.  This cupcake can be found only at Disney’s All-Star Sports Resort in the End Zone Food Court for $5.49.

FULL TOUR of a Standard Cabin Room with Pullout Bed on the Star Wars: Galactic StarcruiserMarch 5, 2022
BREAKING: Noon Performance of Festival of Fantasy Parade Canceled, 3 PM May Also Be Canceled at Magi...May 14, 2022
PHOTOS: The Haunted Mansion 'Foolish Mortal' Jacket by Our Universe Materializes at Magic KingdomJanuary 3, 2022