You’ve seen chocolate-dipped strawberries and pineapple skewers at the Happiest Place on Earth, but now there’s something for the more carnivorous among us: chocolate-dipped bacon! Add some special toppings and we’re even more excited to try this sweet and savory treat. 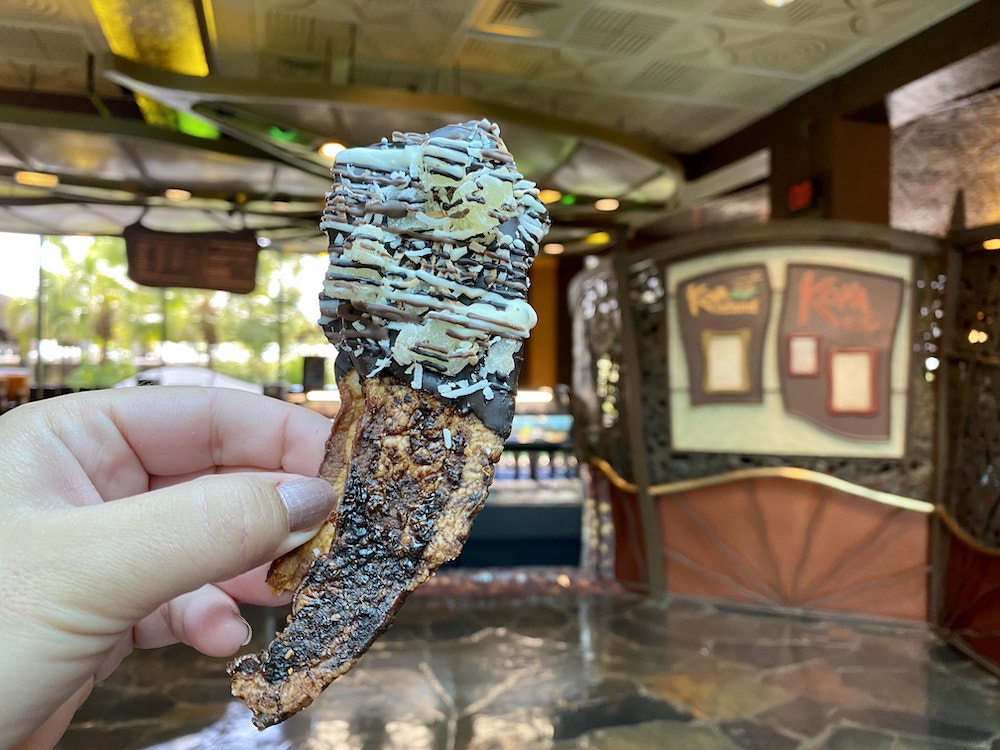 This special seasonal flavor was a must-try for us: Chocolate-Dipped Bacon with Pineapple Chunks and Coconut Flakes. Quite a mouthful to say, but also a mouthful to eat! This hefty portion consisted of two thick-cut pieces of bacon held together and dipped in dark chocolate. 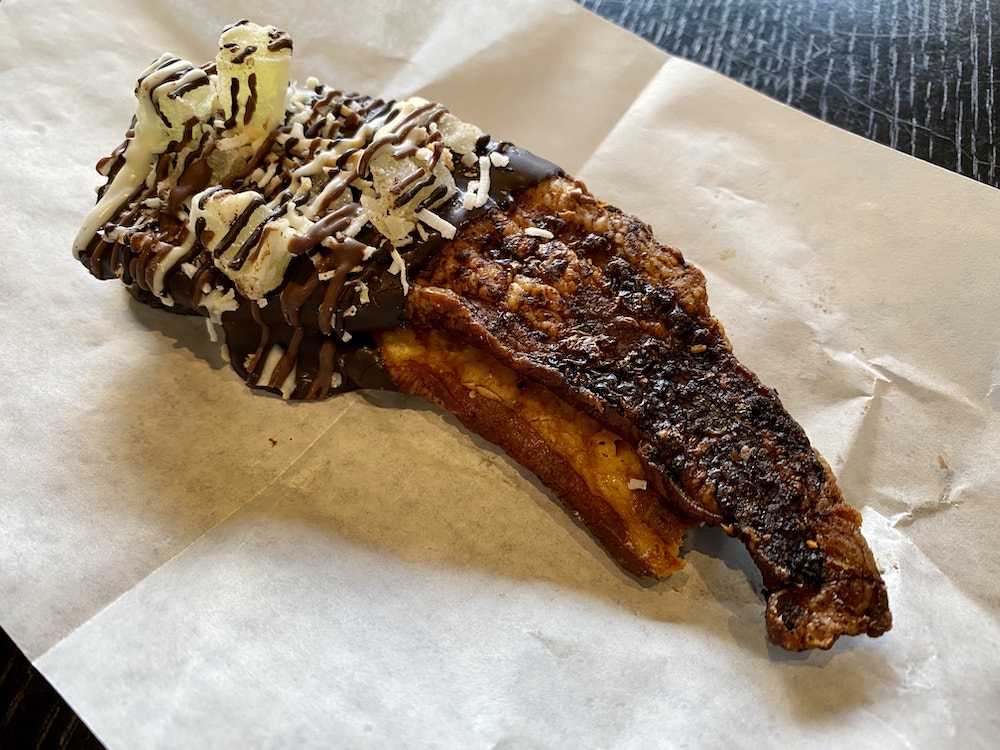 After being dipped in dark chocolate, white chocolate was drizzled on top, followed by dried pineapple chunks and dried coconut flakes, and more chocolate drizzle. 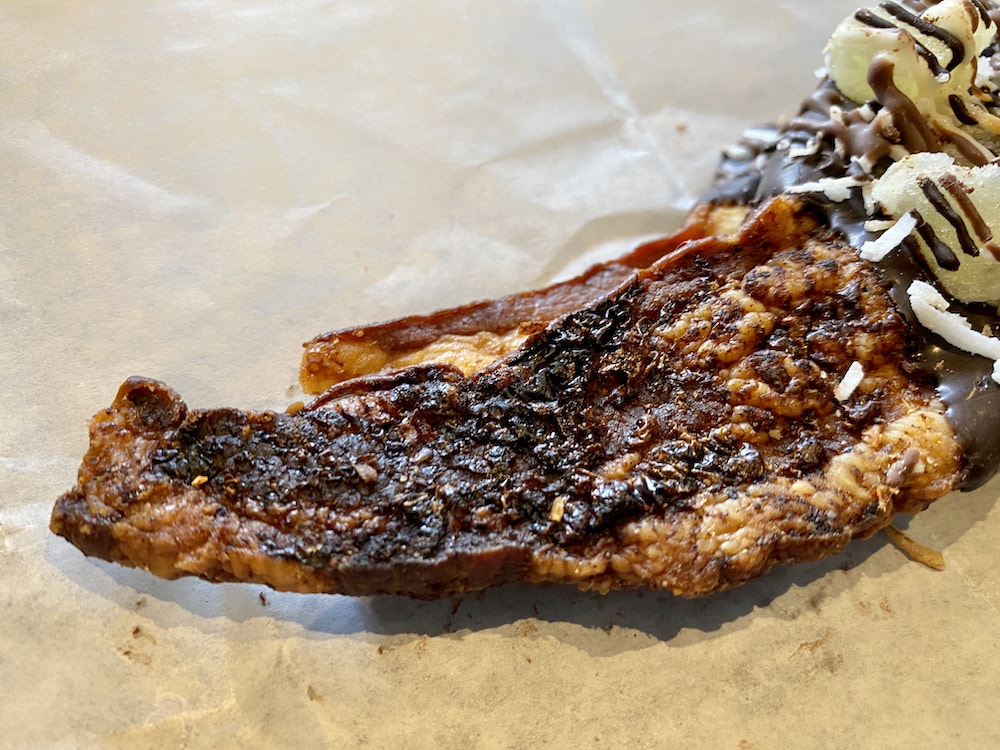 First up: the savory. The bacon was crispy and flaky, like it had been baked rather than fried, and was very thick. It was well seasoned, and had a smoky taste with a hint of pepper. We were disappointed to discover that there was a lot of fat in our pieces, which made this rich treat all the more powerful. It was only mildly greasy, but the fat made it more so as we went. 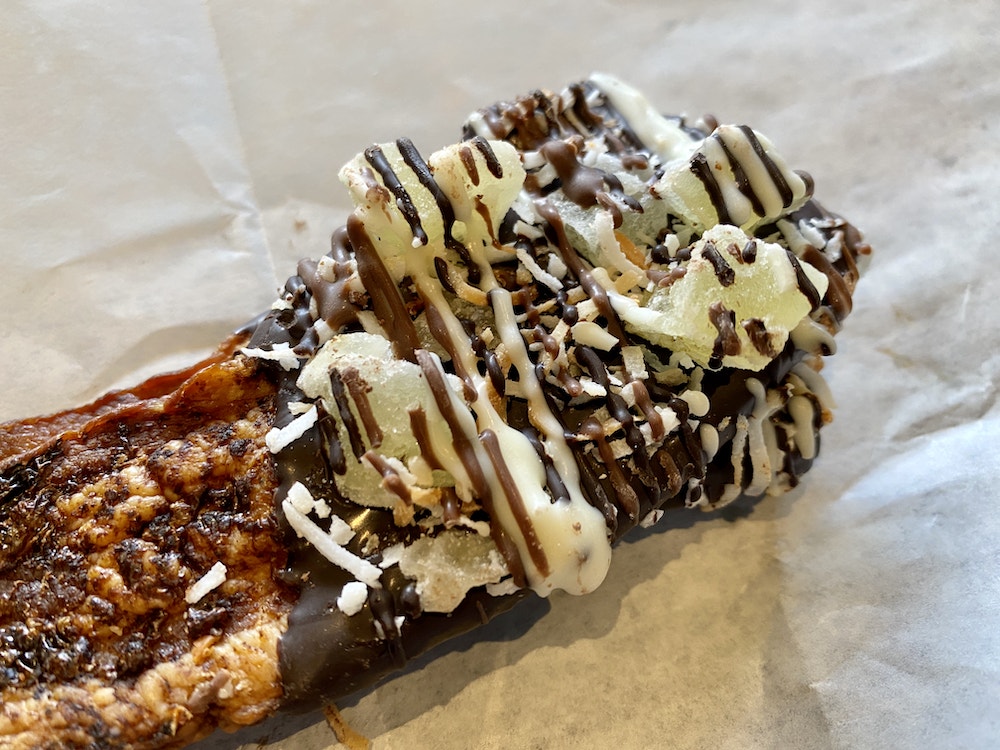 Next up: the sweet. The dark chocolate wasn’t as bold or rich as we were hoping, but then richness was not something this snack was lacking. The white chocolate, although used sparingly, came through surprisingly well with its creamy flavor. The pineapple chunks were dried, not candied, and only lended a faint taste of pineapple. The coconut was sadly lost altogether, and had we not been told it was there, we would have never known. 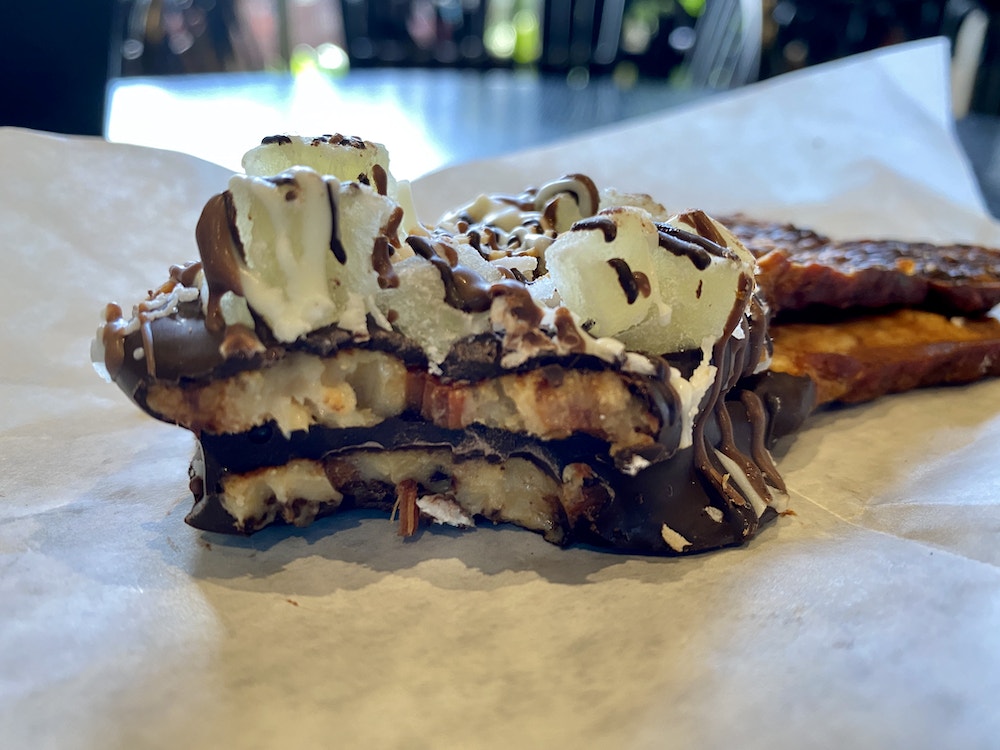 We tried to balance the proportion of bacon to toppings in each bite in order to get the full intended effect, but ultimately we were disappointed. As much as we would have loved to rave about this snack, it ended up falling flat for us. What seemed like a great idea turned out to be poorly-balanced richness overload. The fatty bacon, while it had a wonderful smoky flavor, overpowered the delicate fruit notes, and the chocolate was not exceptional. While we enjoyed trying this unique treat, it wasn’t our favorite, and we would suggest splitting it with your friends so everyone can get a bite, but no one gets stuck with a stomach ache. 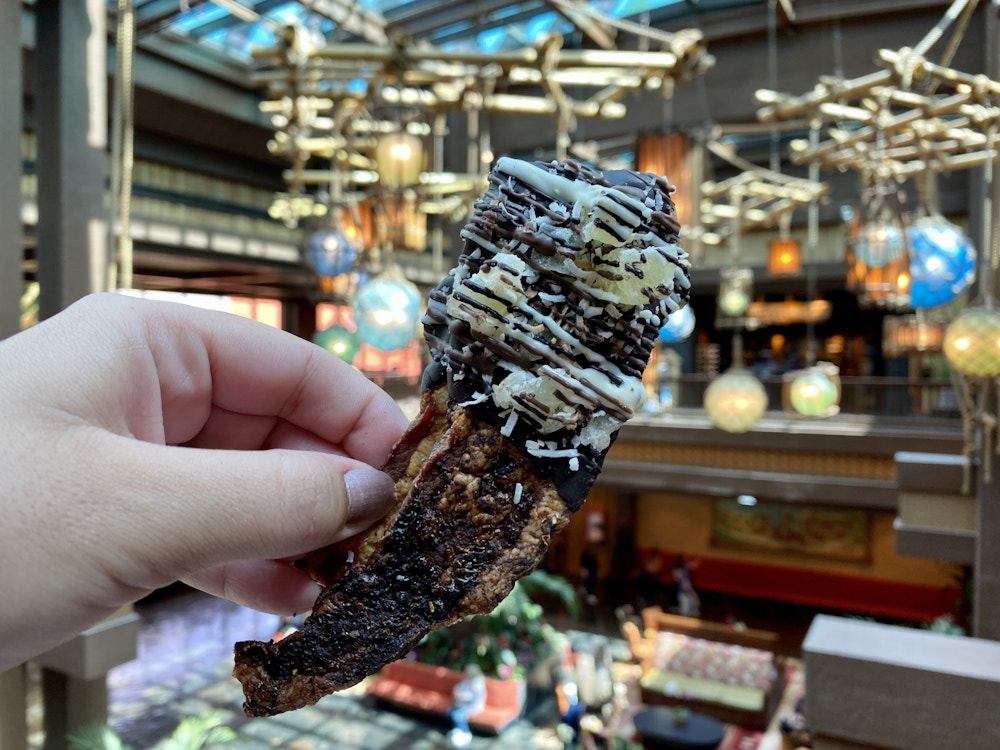 You can find this snack at Kona Island Coffee at Disney’s Polynesian Village Resort for $4.00.

Next
REVIEW: On a Scale of 1 to 10, We Rate the New Baymax Cupcake a 10 at Walt Disney World