In what for a long time seemed like watching paint dry, we actually have some obvious change present in the Cinderella Castle moat. For much of the last two weeks, we have been tracking the progress of the moat draining. Cinderella Castle is being drained of its moat because of the upcoming makeover of the castle facade. 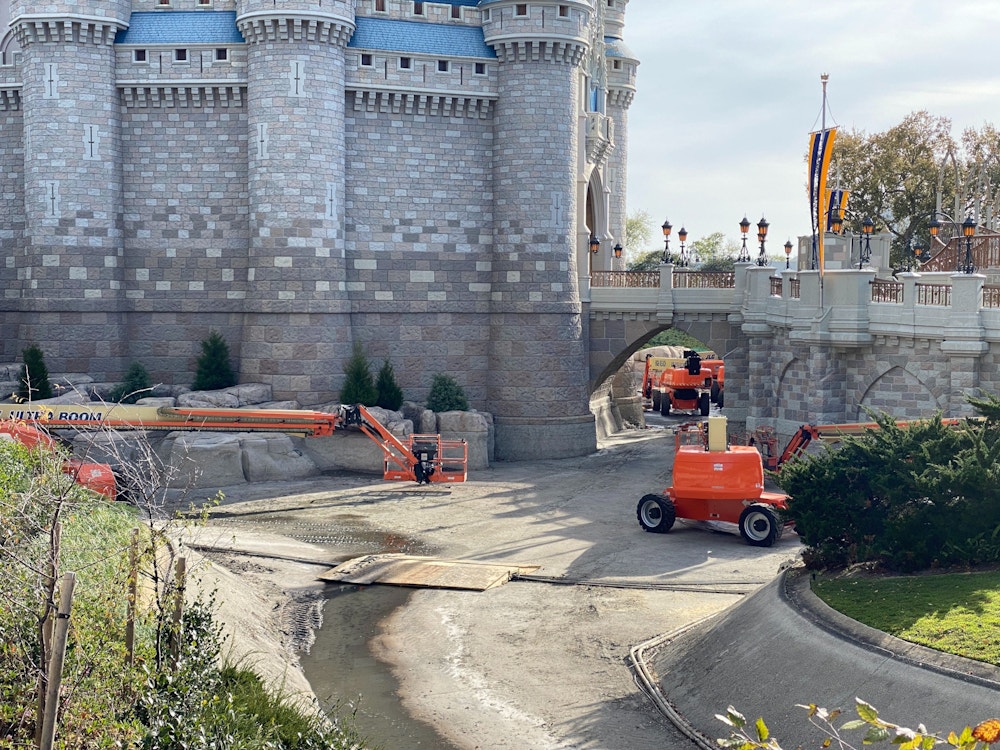 We now see construction lifts in place inside the drained moat. 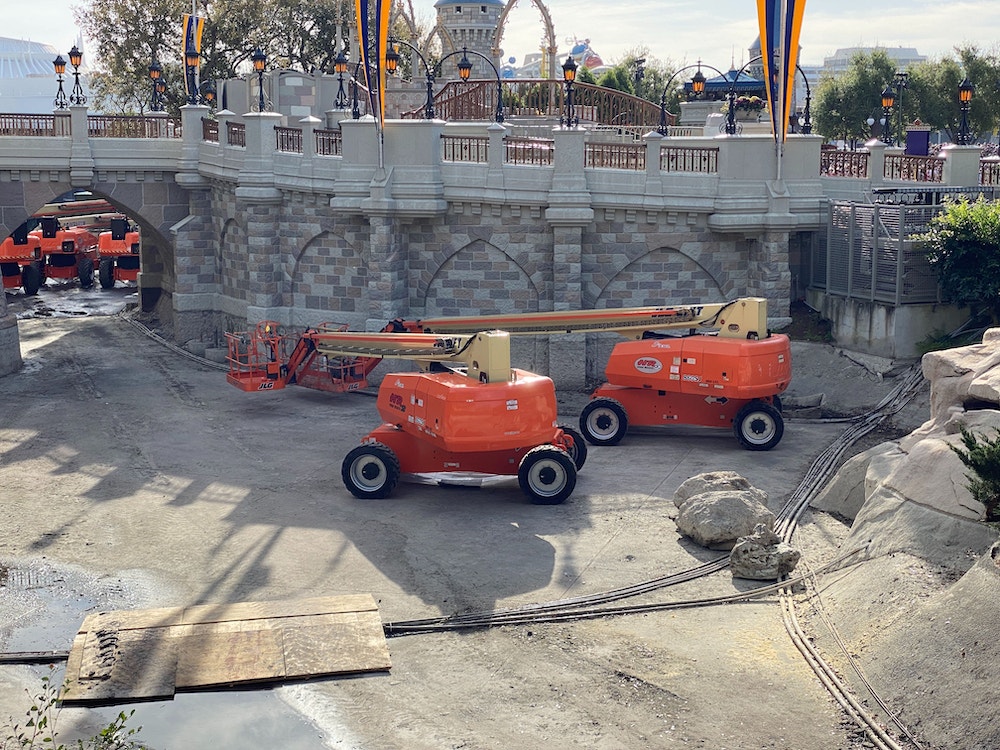 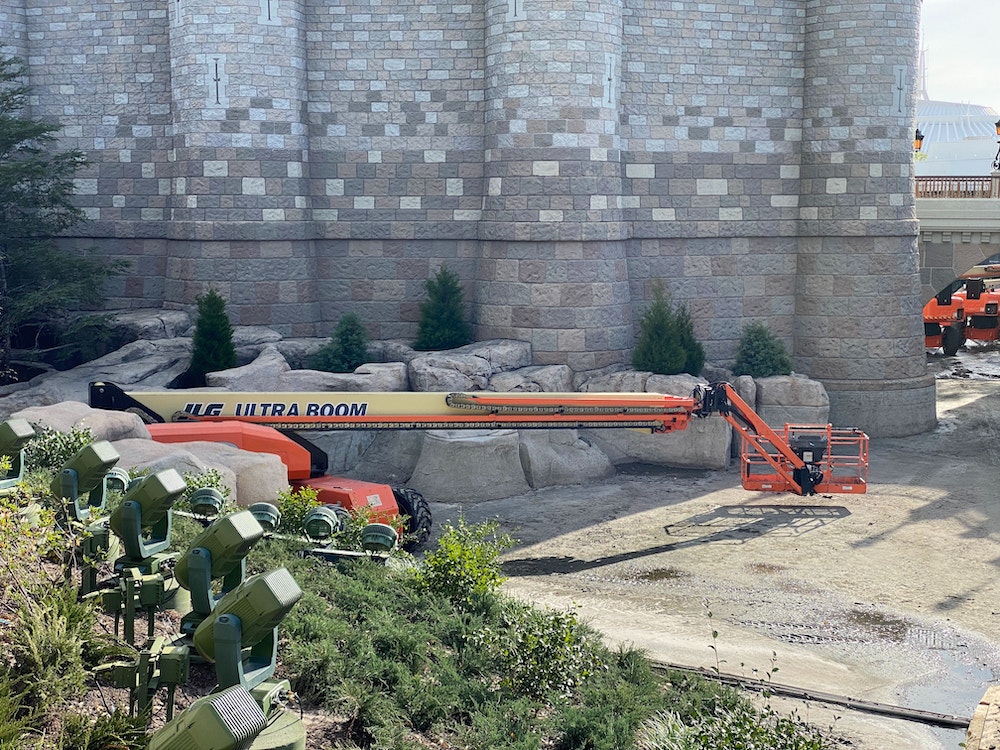 There are three lifts on each side. These lifts could be the signal of the start of pressure washing or just generally cleaning the base of the castle to prep it for paint. 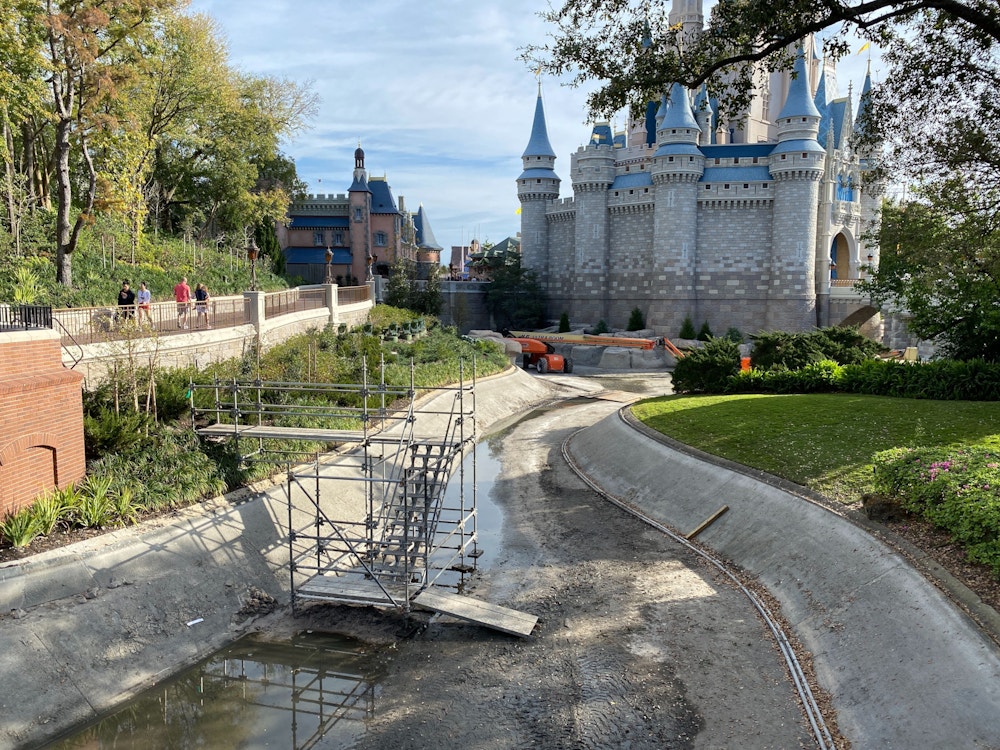 Not much has changed on the outskirts of the moat draining, as we still have the scaffolding tower in place. 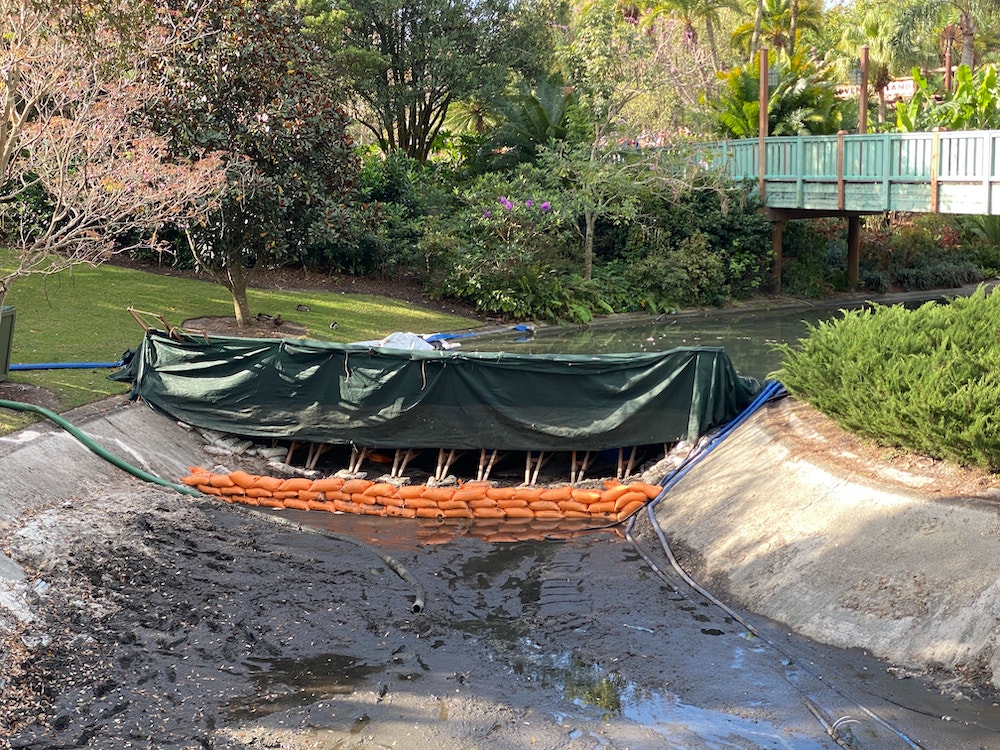 What is left in the moat will not be taken out by a pump. This is likely a low spot in the moat where it looks like dirt and debris gather. 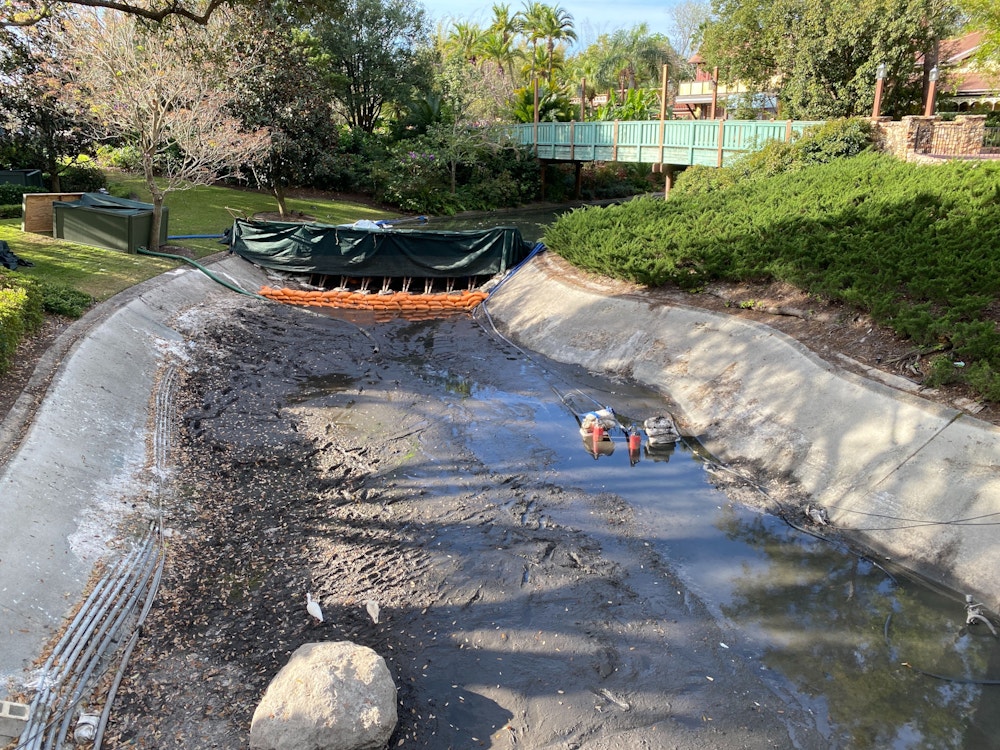 Stay tuned as work ramps up for the Cinderella Castle makeover. We will keep you up to date on any progress!