REVIEW: New “Onward” Lightfoot Dole Whip Float Is Not Worthy of a Quest to Disney Springs

The new Disney PIXAR film “Onward” is now in theaters and Disney Springs is celebrating with a new Lightfoot Float. When we arrived at Marketplace Snacks, there was absolutely no signage advertising this new offering. Luckily, we’re here to bring you all the details on this new limited time Dole Whip float. 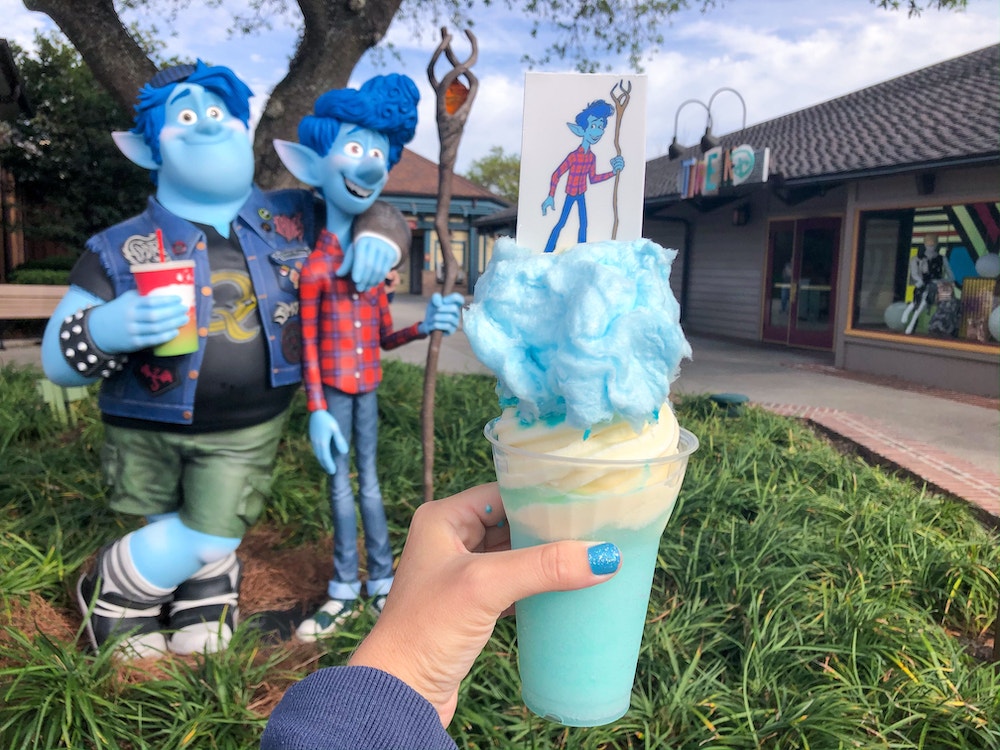 The Lightfoot Float is a cotton candy lemonade flavored slush and vanilla Dole Whip topped with blue cotton candy and edible image of Ian Lightfoot. It’s a glorious snack for $6.99 and the lovely Cast Member took extra care to make it perfect for us. 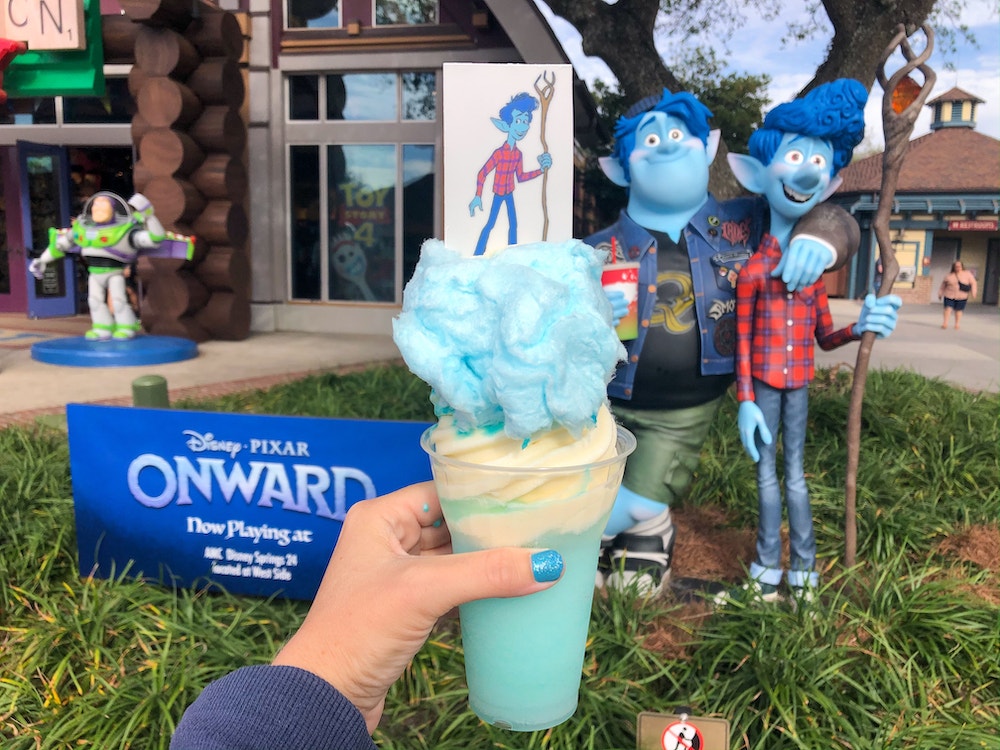 Surprisingly, the cotton candy didn’t disintegrate as quickly as it does in other similar drink. It held up pretty well during our photo shoot. The edible image of Ian Lightfoot stayed intact, too. 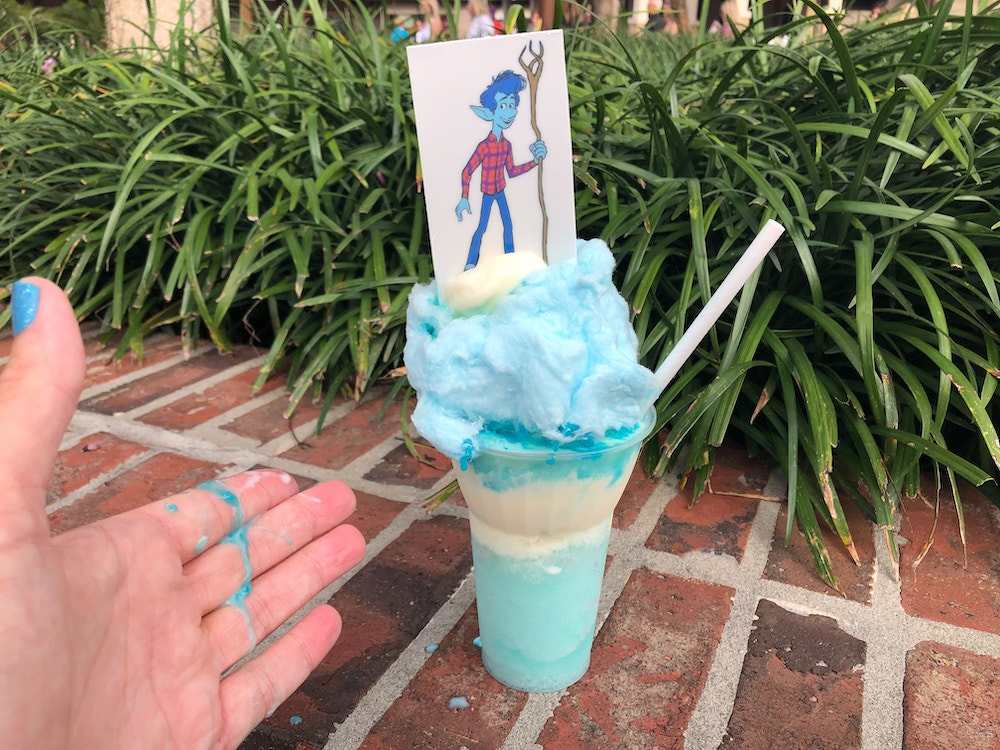 As it melts, the cotton candy makes a bit of a mess, so bring napkins. We expected the sugary addition from the cotton candy to be unbearable, but it worked with the vanilla Dole Whip. The crunchy sugar texture on the ice cream was similar to the Arendella Aqua Cone. 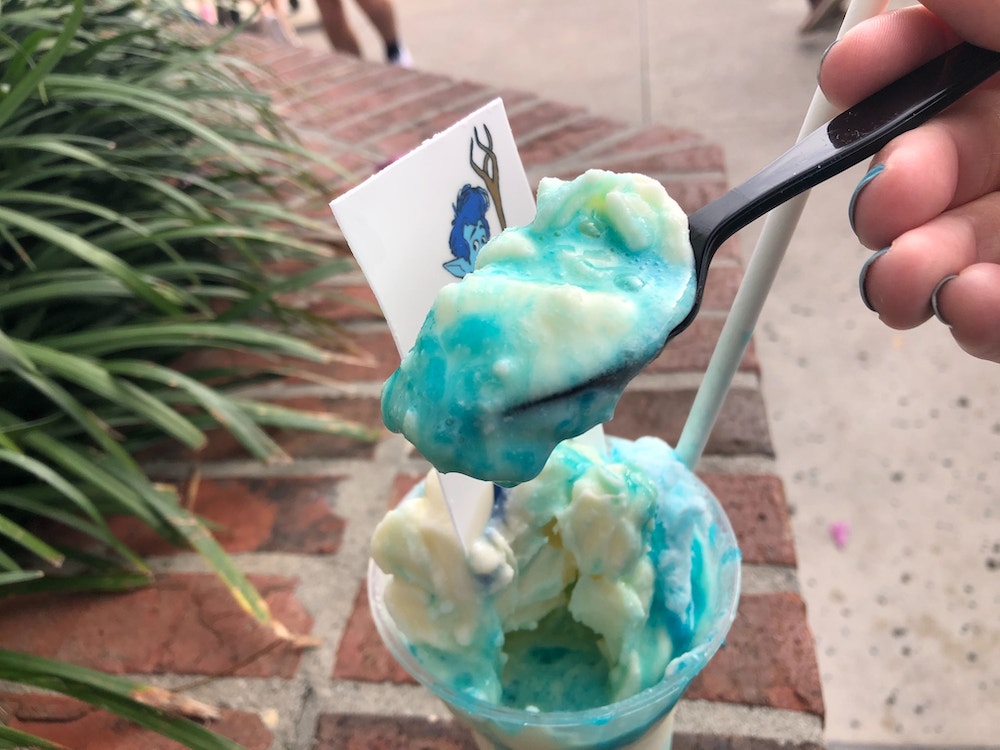 Unfortunately, the icy cotton candy lemonade at the bottom is just way too overly sweet. It’s very similar in taste to the Arendelle Aqua Lemonade you can find from Block and Hans at the EPCOT international Flower and Garden Festival. We tried mixing the vanilla Dole Whip and slush together, but that only managed to cut the cotton candy flavor, leaving just a tart lemon taste and ruining the vanilla flavor. We enjoyed the cotton candy on top (surprisingly) and the vanilla Dole Whip, but the slush base was just too sugary and artificial. 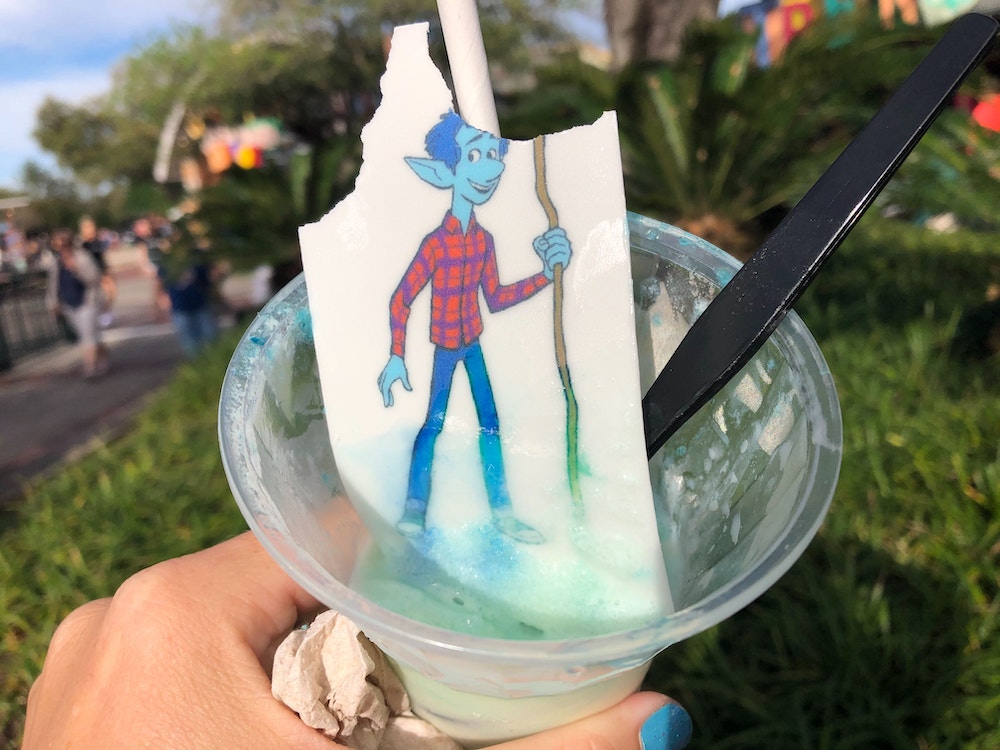 The Lightfoot Float is just too sweet to be worth a quest to Disney Springs. If you can switch out the slush flavor, we think this would taste better with a blue raspberry slush base like the Olaf slush. If you must give this one a try, you can find it for a limited time at Marketplace Snacks at Disney Springs.