Space 220 Restaurant Now Slated to Open in April at EPCOT In an article posted by Total Food Service, the procurement team at Patina Restaurant Group talked about the power of story with any restaurant concept, even when it comes to cutlery. Patina Restaurant Group, who owns more than 10 restaurants across Disney’s properties in the United States, including “The Edison,” and “Via Napoli,” among others, went over their choice of cutlery for their upcoming Space 220 restaurant in EPCOT. 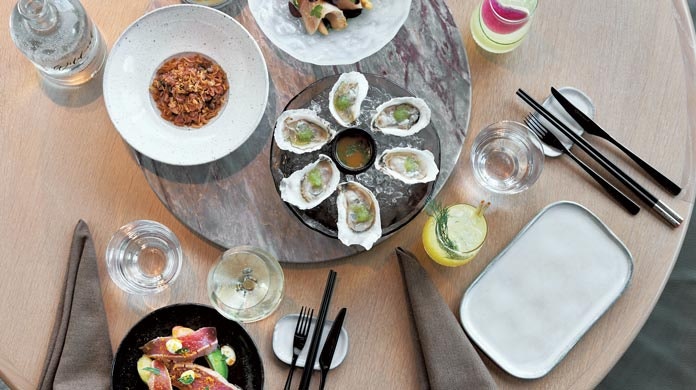 The procurement team chose the “Tilia” pattern which they thought, would launch their new space-themed restaurant, off the ground:

“Tilia by Studio William really caught our eye due to its elongated shape. The line was extremely modern and had a space-age quality we couldn’t resist,” says Jaclyn Lerner, Art & Style Director for PRG.”

For those that are bored by details, there was a tiny bit of a hint of an opening date for the Space 220 restaurant hidden in the article. Total Food Service, when talking about the upcoming restaurant did mention a planned opening in April 2020:

“Next month, Patina Restaurant Group (PRG) is set to launch into space with the opening of Space 220 inside EPCOT Center.”

We are excited to be launched into space with the opening of Space 220, and although we have not gotten a confirmed opening date year, we are all about picking up breadcrumbs along the way.