Get ready to experience the final chapter of the Skywalker saga in your home.

With Disney parks around the world closing and movie releases being delayed due to the Coronavirus (COVID-19) pandemic, Disney has decided to release Star Wars: The Rise of Skywalker slightly early on VUDU and iTunes so that people can enjoy the latest adventure in the Star Wars universe from the comfort of their home.

The movie is already available on VUDU, and is coming to iTunes on Saturday, March 14th, ahead of its previously scheduled March 17th release. 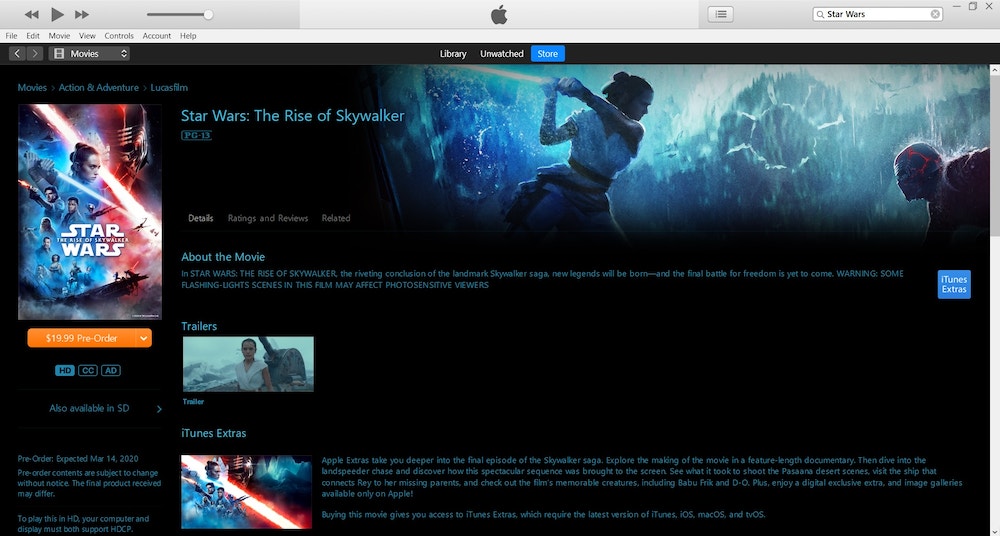 The bonus features include a feature-length documentary on the making of the film, as well as featurettes on the landspeeder chase, the Pasaana desert scenes, and the creatures created for the film, including D-O and Babu Frick, and more!

Will you be enjoying The Rise of Skywalker at home this weekend? Let us know in the comments below!

VIDEO: “Star Wars: The Rise of Skywalker” Coming To 4K UHD On March 31 and Digital On March 17

REVIEW: “Star Wars: The Rise of Skywalker”; Overcorrecting Episode 8 Makes for a Disappointing Conclusion to the Skywalker Saga