It was back in October last year that we reported that the beloved Discoveryland attraction Buzz Lightyear Laser Blast would be closing for a lengthy refurbishment through the first half of 2020. This week, Disneyland Paris has shared an exclusive behind-the-scenes glimpse into the renovation and refurbishment work, and given us a preview of what is to come…

Today, we invite you to discover a behind-the-scenes look at the refurbishment in progress at Buzz Lightyear Laser Blast as part of our continued commitment to enhance the guest experience at #DisneylandParis! pic.twitter.com/EVN57m8ZjH

In the video, Project Manager Gregory Vaillant takes us on a tour of the attraction site, and we get a good look at some of the work being undertaken on the ride. 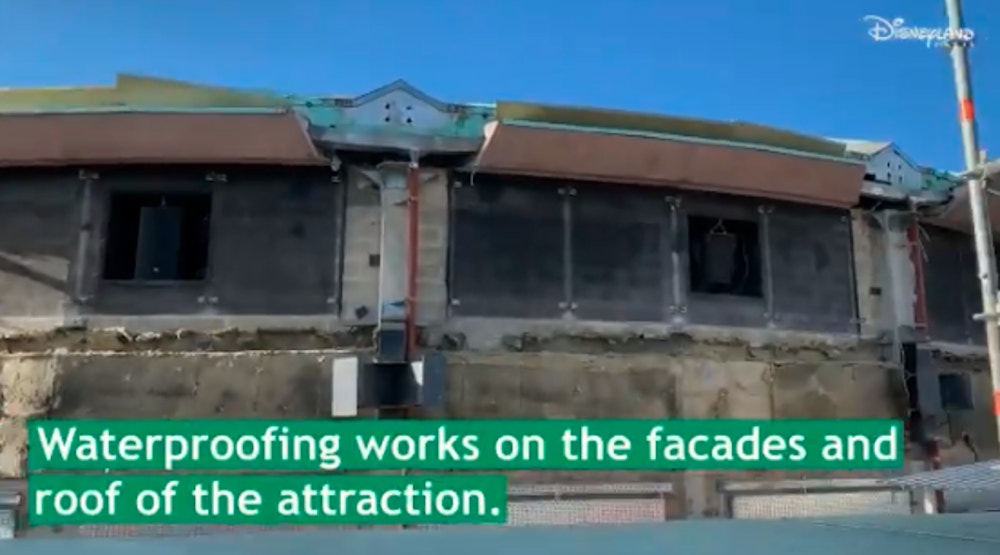 On the outside, the building has been partially gutted, and waterproofing is being done to the facades and roof of the attraction. 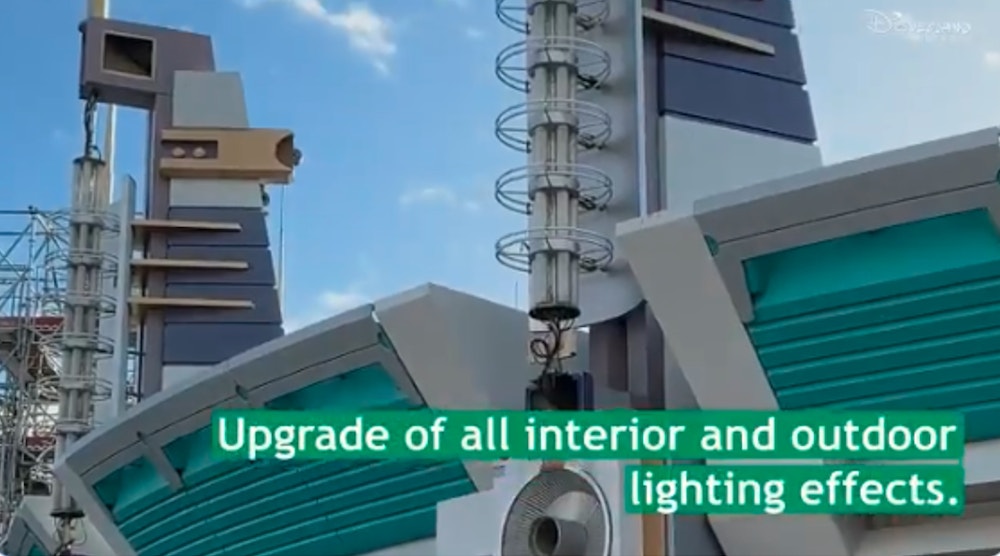 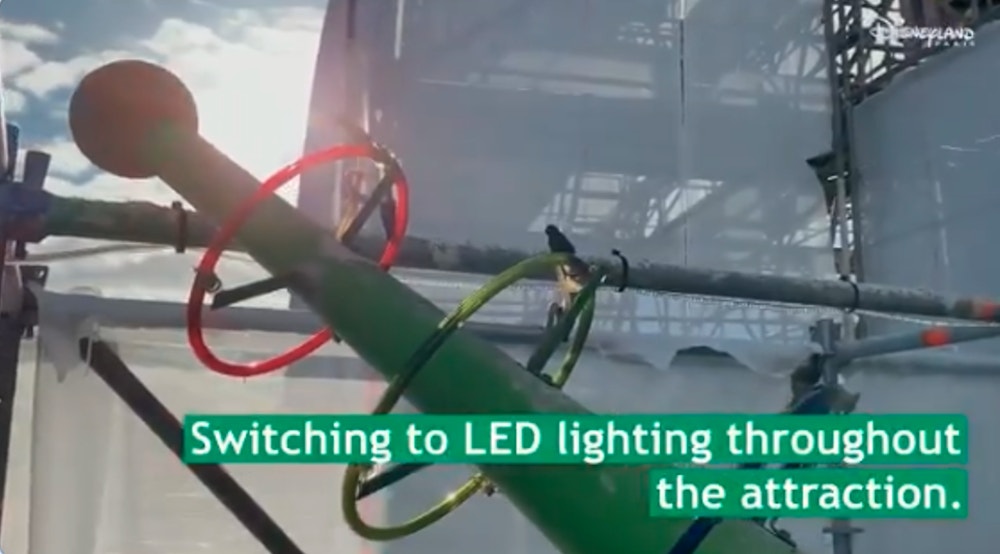 Lighting effects are also being updated, and the company has switched all the fixtures to LED. 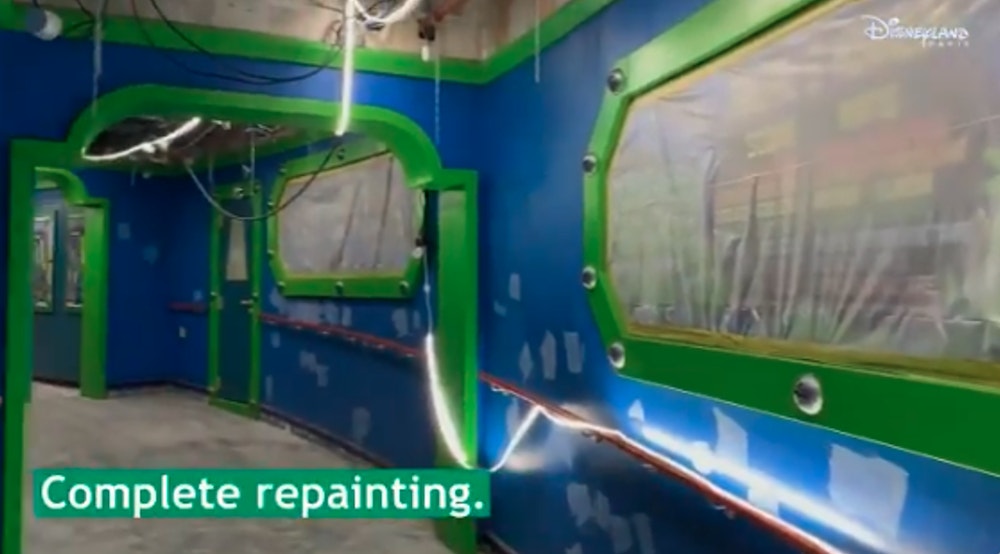 On the inside, we got a shot of the queue area which is getting a new coat of paint. We know all Buzz Lightyear rides have to have those bold colors! 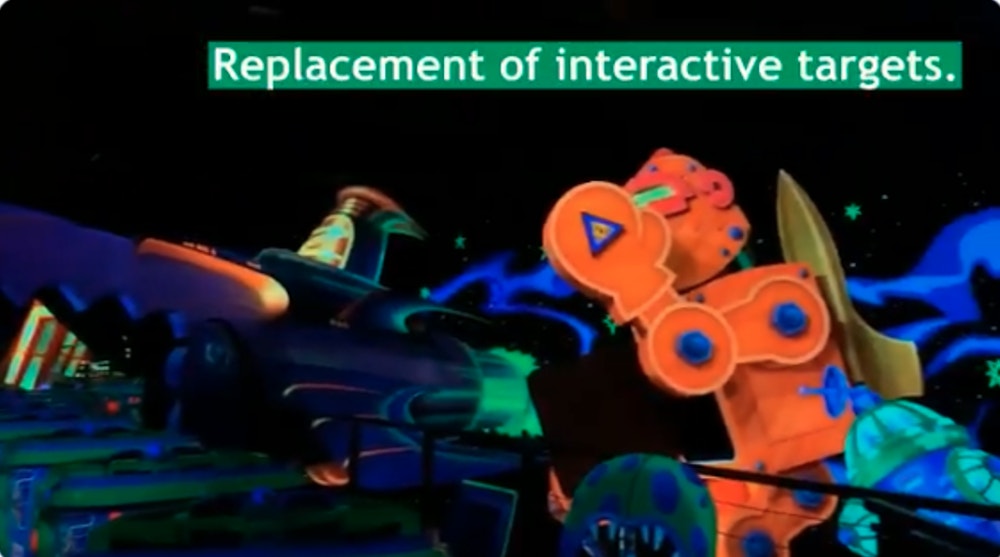 To improve gameplay (and our chances of getting that sought-after Galactic Hero badge), the interactive targets of the ride are also being replaced. Whether they are being moved about we don’t know, but if you’re one of those people who has your trusty go-to targets for the high scores, you may have to rethink your tactics! 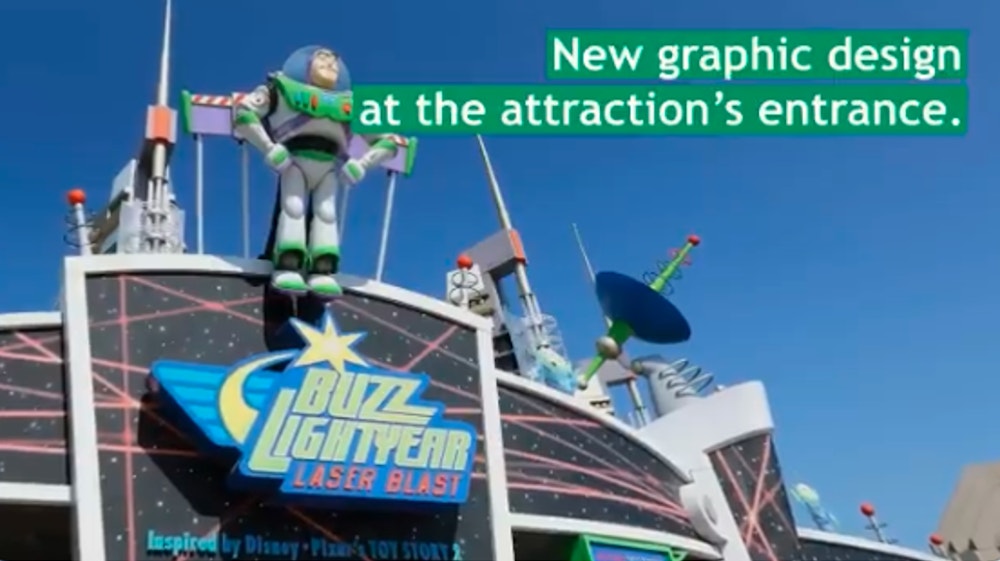 Finally, it was announced that a new graphic design will be proudly displayed at the entrance to the attraction. This can only mean one thing… a new logo!

And there it is. The new attraction logo is purple, green and white, just like the main man himself. The font is also very space-age and slick. Are you a fan?

The video has confirmed that the ride will be reopening from August 1st. See you there, Space Rangers!

Next
PHOTOS: Scrim Down, Top Tower Revealed on Cinderella Castle at Tokyo Disneyland (2/28/20)