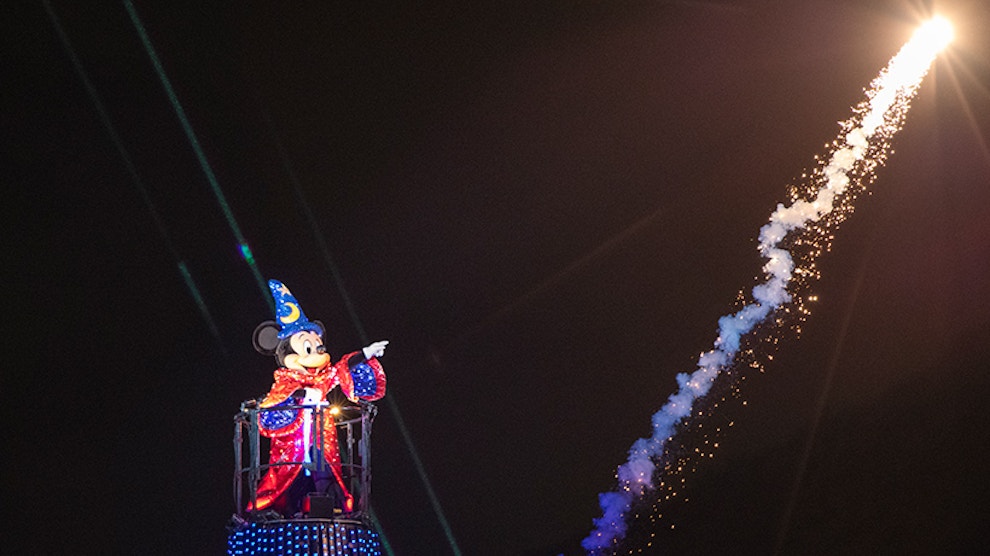 Last week, the Oriental Land Company announced that special videos of the four entertainment offerings due to end during the COVID-19 closure would be released on YouTube through April 30th. The first batch, for It’s Very Minnie and Pixar Playtime Pals, were little more than 1-2 minute digest videos, much to fans’ disappointment. So we were very pleasantly surprised today when a full video of Fantasmic!, originally scheduled to end today, was released. And it’s pretty spectacular! You can take a watch below through April 30th.

For reference, every show at Tokyo Disney Resort is filmed by the Oriental Land Company for archival purposes. Many of these see releases on expensive Blu-Ray sets over the years. But never before has a full official show video seen an open release until now! Did you enjoy this wonderful goodbye to Fantasmic!? Did you see it during its 9-year run at Tokyo DisneySea? Let us know below or on social media!

Spencer Lloyd is a college student/parks addict living in Tokyo. He runs TDRPlans.com, a comprehensive source for information and travel planning related to Tokyo Disney Resort. And fun fact, he is the only person in history to have been in the same ride vehicle as Tom Corless.

I was looking forward to this video and it didn’t disappoint. I saw Fantasmic at Tokyo DisneySea exactly one year ago and loved it. I would rate it ahead of DHS and second to Disneyland’s version. Thanks so much for the link to YouTube.

Never before saw a production from Tokyo this was an unexpected treat it was Fantastic!!!!!