Disney has announced that it will be furloughing all U.S. based, non-essential Cast Members and employees starting April 19. Due to the ongoing nationwide Coronavirus crisis, all Disney Parks are closed indefinitely, with no clear re-opening date due to the ever-changing complexities of the pandemic. A letter from Disney about the temporary, short-term furlough was sent to U.S.-based executives, salaried and non-union hourly employees of Disney Parks, Experiences and Products.

“With the utmost care and consideration, we are instituting a temporary, short-term furlough for executive, salaried and non-union hourly Cast Members based in the U.S. with the exception of those whose roles or projects are crucial to maintaining our operations during this closure period, effective April 19,” the letter from Disney said.

Here is the full statement, posted by @ScottGustin on Twitter: 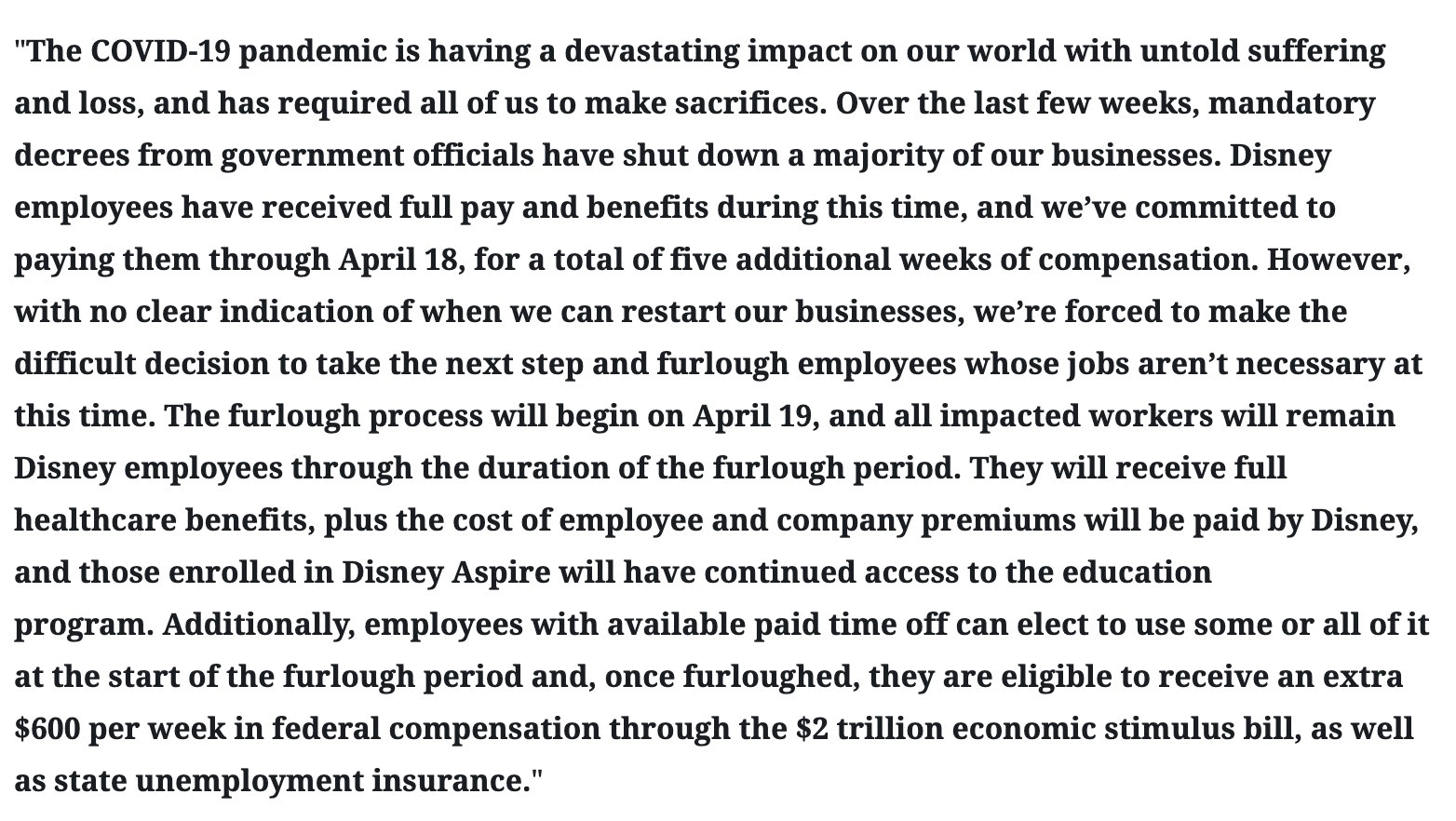 As previously stated, Cast Members will be paid through April 18, for a total of five weeks of compensation. The furlough process will begin on April 19, but Disney has stated that it will maintain health and insurance benefits coverage, paying both employer and employee contributions. All non-essential Walt Disney Imagineering, Disney Cruise Line, Disney Store, and Film Studio employees are also included under the furlough. Cast Members currently enrolled in Disney Aspire will continue to have access to the education program.

Union employees will not be impacted, however negotiations with unions are expected to begin tomorrow.

Next
Battle with Disney and Pixar Characters in the Newly Announced Mobile Action RPG, “Disney Mirrorverse”