With Disney Parks around the world closed for the foreseeable future, WDWNT is dipping into our archives of vintage parks materials for a look back into parks history! Let’s head to Disneyland’s Frontierland in 1957 and explore Tom Sawyer Island just a year after it opened with this map!

Note: This article will detail the map page by page, but WIGS Members will have access to download a full-resolution PDF of the entire guide. Head on over to Patreon.com/wdwnt to join WIGS, the WDWNT Inner Globe Society, for as little as $2 a month and unlock access to great content like this, and much more! 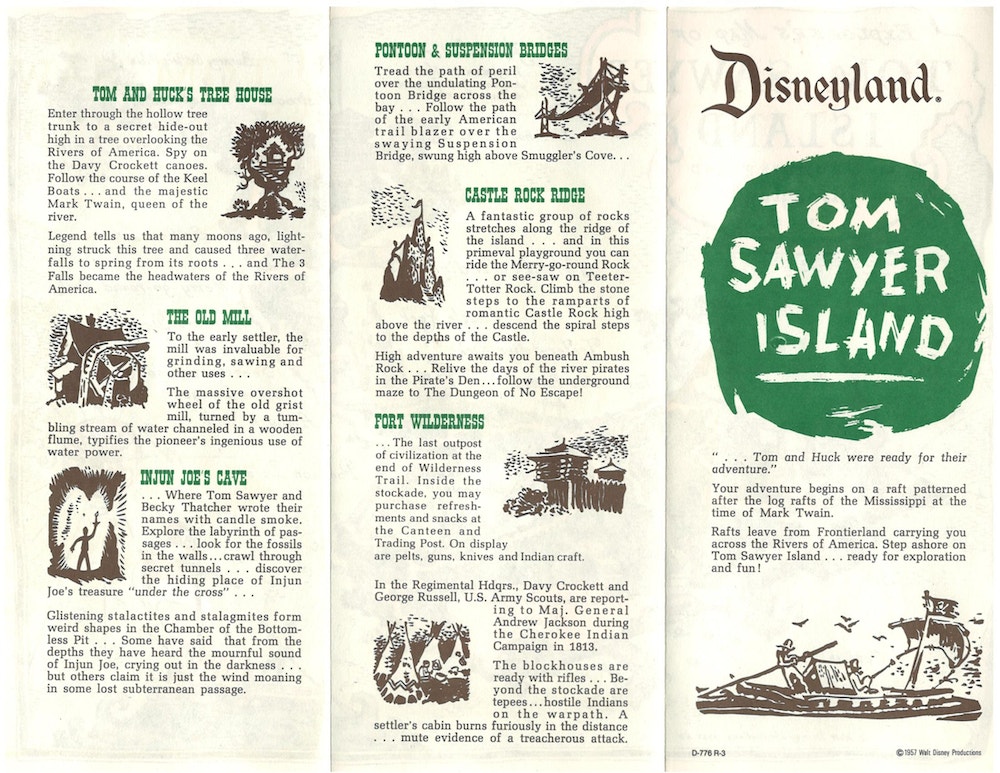 “… Tom and Huck were ready for their adventure.

Your adventure begins on a raft patterned after the log rafts of the Mississippi at the time of Mark Twain.

Rafts leave from Frontierland carrying you across the Rivers of America. Step ashore on Tom Sawyer Island… ready for exploration and fun!”

The map also offers a guide to some of the features of the island, including Tom and Huck’s Tree House, The Old Mill, Injun Joe’s Cave, the pontoon and suspension bridges to help get guests around the island, Castle Rock Ridge, and Fort Wilderness, under the command of Major General Andrew Jackson and Davy Crockett. Personally, I wouldn’t mind seeing the rock formations in the cave or exploring a maze to the Dungeon of No Return or enjoying a snack at the Canteen and Trading Post within the fort. (That is, of course, if I’m not trapped in the dungeon.) 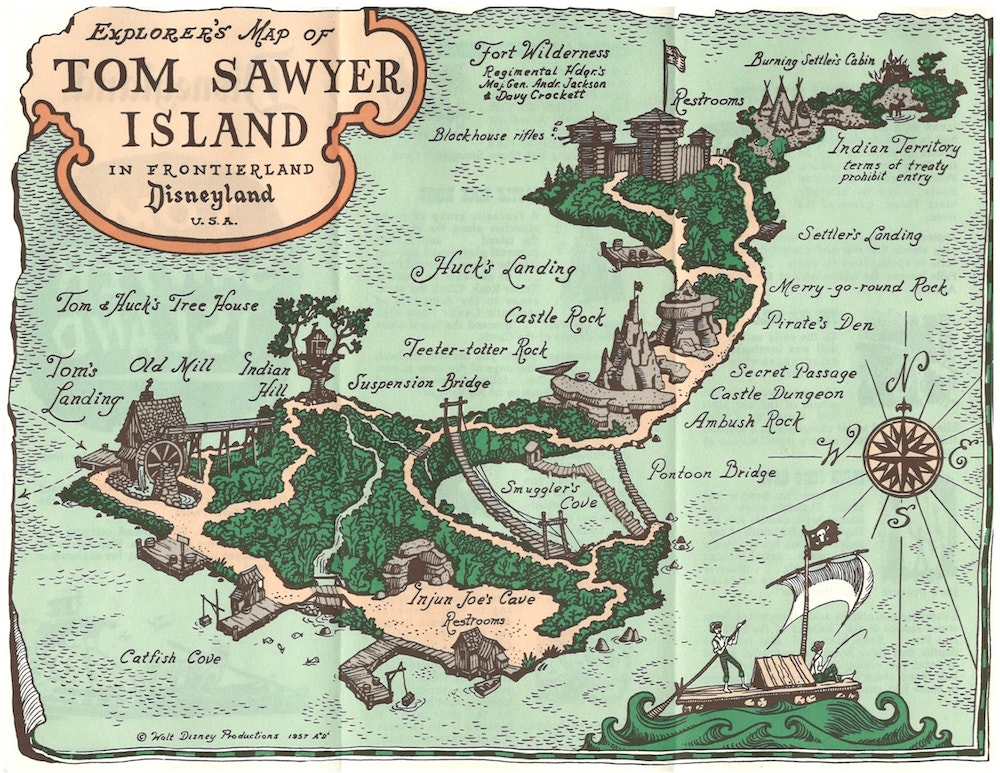 Of course, back in 1957, the only pirates you had to worry about on the island were river pirates, as opposed to the cursed buccaneers and Captain Jack Sparrow that occupy what’s now known as Pirate’s Lair on Tom Sawyer Island.

It may not be a very big map, but it certainly offers adventure and fun… if you know where to look.

PHOTOS: The Columbia is Sailing the Rivers of America Once Again at Disneyland Park

Previous
DISNEY+ REVIEW: Disney’s “Tall Tale” on Deep in the Plus