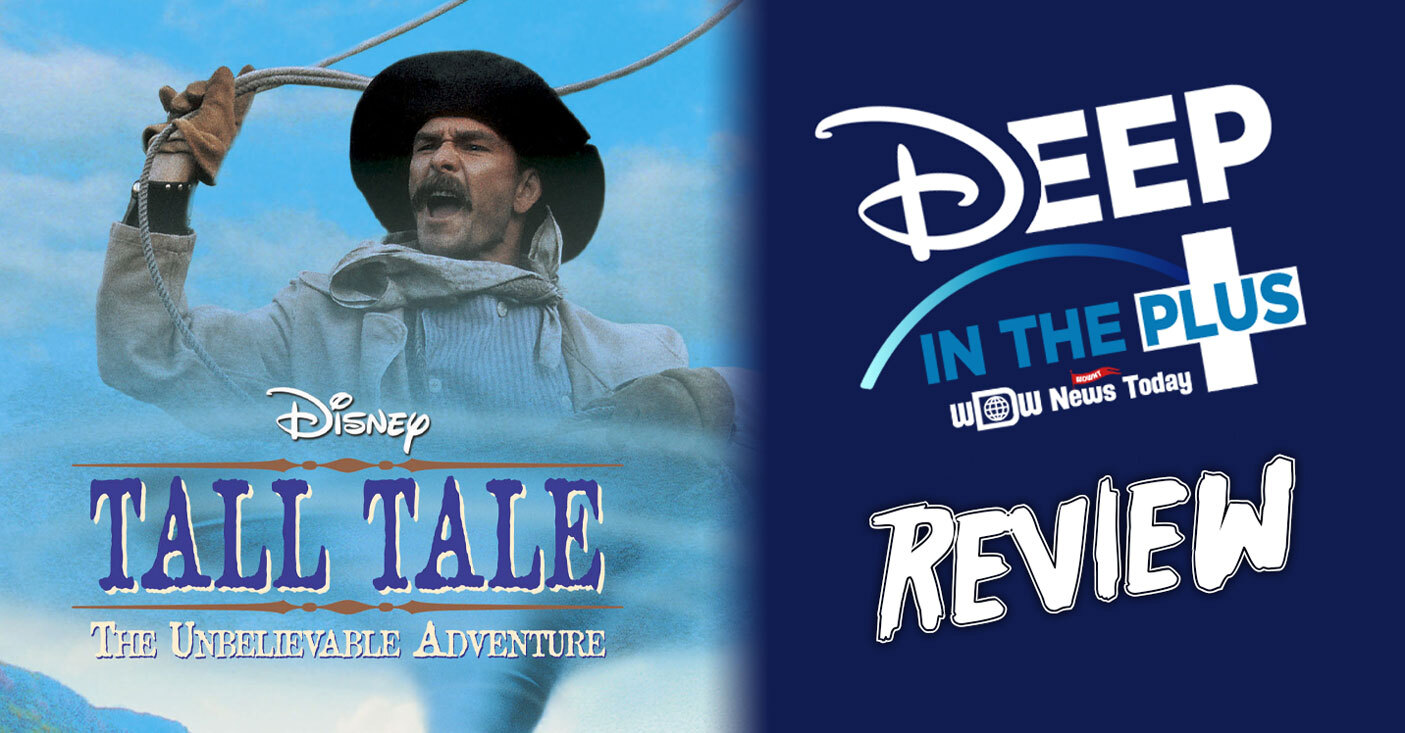 DISNEY+ REVIEW: Disney’s “Tall Tale” on Deep in the Plus

Welcome to Deep in the Plus, where each week, we go deep into some of the gems in the Disney+ vault.

So this week, we have a really overlooked movie – Tall Tale. Released in 1995, Tall Tale is a movie where legendary American folk heroes come to life! 12-year-old Daniel Hackett (played by Nick Stahl) embarks on a quest to save his father’s farm from a greedy land baron (played by Scott Glenn).

As Daniel struggles to help his dad, he encounters storybook characters such as the tornado-roping Pecos Bill (played by Patrick Swayze) and hammer-wielding John Henry (played by Roger Aaron Brown), as well as gun-toting Calamity Jane (played by Catherine O’Hara) and ax-hauling Paul Bunyan (played Oliver Platt) with his loyal blue ox, Babe.

So, join us as we spin some tall tales of our own, and take you… deep in the plus!

Tall Tales, in general, are a fundamental element of American folk literature. It’s our version of mythology, and are based in our own history. These characters were likely based on real people, but as the stories were passed from one to another, they became exaggerated and then… legendary! Disney did an amazing job weaving some of the biggest heroes of the genre into an entertaining and cohesive film.

This movie is most definitely a forgotten gem in Disney history. It was basically a box office failure and didn’t receive great reviews when it came out, so it’s very likely you missed this one the first time around.

With a good story and an incredible cast, Tall Tale is part western, part action, part family and ALL Disney! But let us know what YOU think!

Our review of Tall Tale is the 10th episode of Deep in the Plus! Make sure to go check out our previous episodes reviewing the back catalog of Disney content on the Disney+ streaming network: