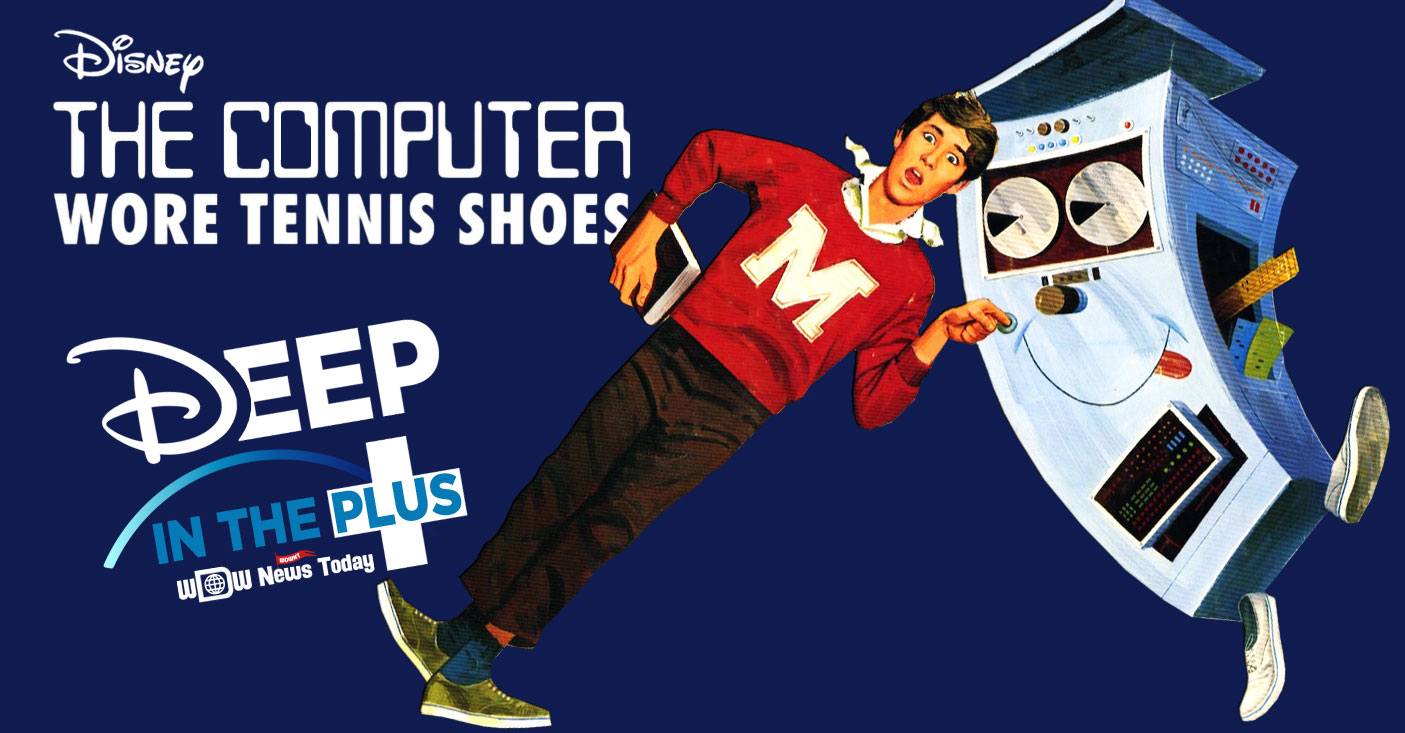 Welcome to Deep in the Plus!

Each week, we go deep into the Disney+ library and pull out of hidden classic that you might have overlooked.

This week’s pick is from way back in the far out ’60s, where cellphones weren’t a thing and Kurt Russell was king! It’s Disney’s The Computer Wore Tennis Shoes!

The students from Medfield college, led by Dexter Riley (played by Disney legend Kurt Russell) are in need of a computer in 1969.

They convince businessman A.J. Arno (played by Cesar Romero) to donate one and when it needs to be repaired during an electrical storm, Dexter receives the shock of his life – literally!

Suddenly, the computer’s brain has fused with his and he’s a genius, of course. Unfortunately, he also has knowledge about Arno’s illegal gambling operations, which were stored in the computer. Now, Dexter is a celebrity… but Arno wants him eliminated. What happens next?

Well, grab your sneakers and hold on tight, because we’re going Deep in the Plus!

While maybe not the “best” movie Disney produced, this movie is still an important IP in Disney History. Not only is it the first movie in a “Dexter Riley Trilogy” with Disney Legend Kurt Russell, but it also takes place at Medfield College.

This was a fictitious college that Disney used as a backdrop for some of their finest family films of the time, including The Absent-Minded Professor (1961) and Son of Flubber (1963); and the ‘Dexter Rilley’ trilogy: The Computer Wore Tennis Shoes (1969), Now You See Him, Now You Don’t (1972), and The Strongest Man in the World (1975).

It was also the scene for the Robin Williams remake, Flubber in 1997.  Watch or listen to our show and find out more!

Plus, in every episode, you’ll get bonus recommendations as we present our “Deep Pick of the Week.” This is where we offer suggestions on even more gems from the Disney+ vault. Don’t miss it!