With Disney Parks around the world closed for the foreseeable future, WDWNT is dipping into our archives of vintage parks materials for a look back into parks history! Today, we’re heading back in time to February 1995 to seek fortune and glory (or at least a early ride) with this Indiana Jones Adventure cast premiere packet!

Note: This article will detail the packet page by page, but WIGS Members will have access to download a full-resolution PDF of the entire thing. Head on over to Patreon.com/wdwnt to join WIGS, the WDWNT Inner Globe Society, for as little as $2 a month and unlock access to great content like this, and much more! 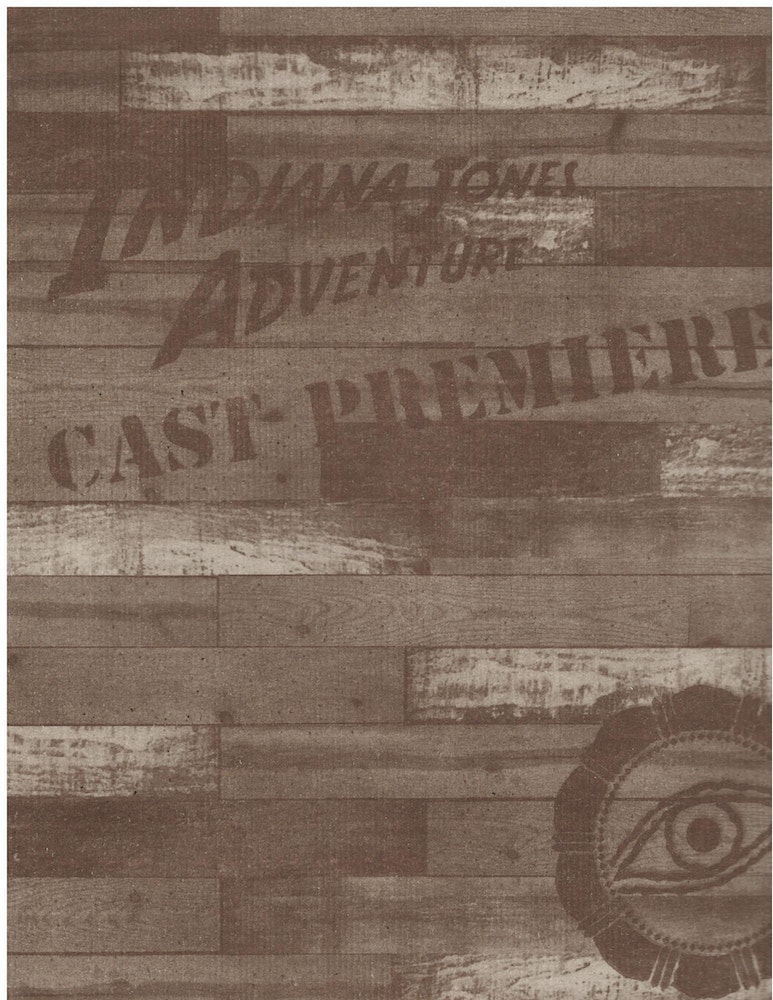 On February 10th, 11th, and 12th, 1995, cast members could be one of the first to venture into the Temple of the Forbidden Eye and come face to face with Mara. 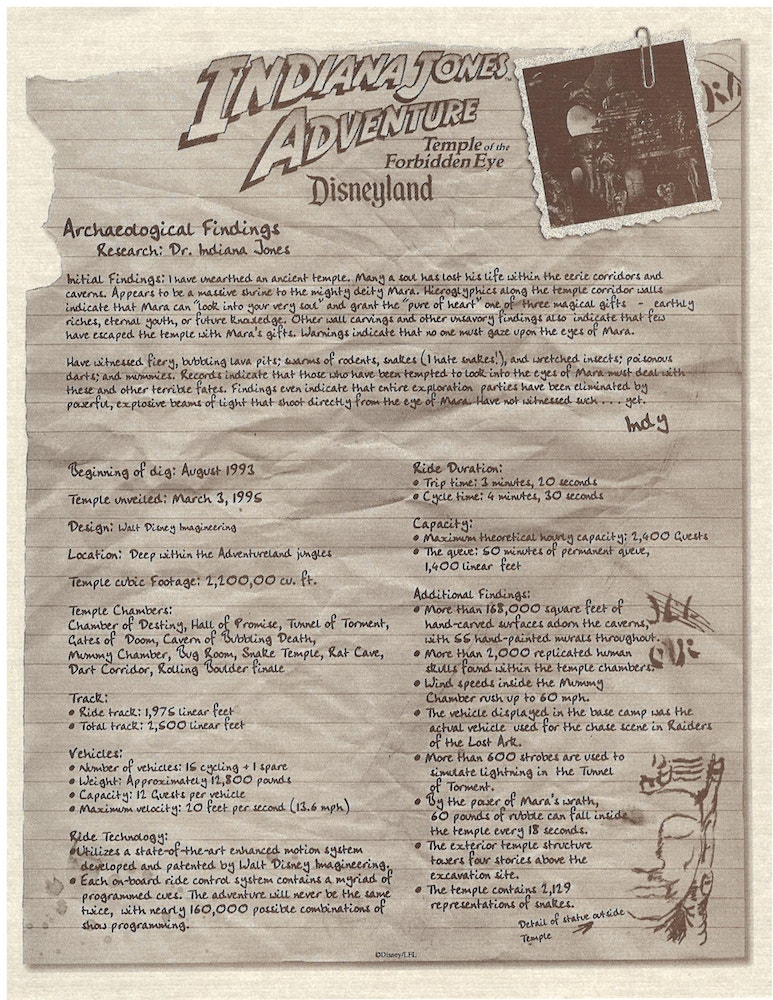 For those who find Dr. Jones’ handwriting a bit tough to read, allow me to transcribe:

“Initial findings: I have unearthed an ancient temple. Many a soul has lost his life within the eerie corridors and caverns. Appears to be a massive shrine to the mighty deity Mara. Hieroglyphics along the temple corridor walls indicate that Mara can ‘look into your very soul’ and grant the ‘pure at heart’ one of three magical gifts – earthly riches, eternal youth, or future knowledge. Other wall carvings and other unsavory findings also indicate that few have escaped the temple with Mara’s gifts. Warnings indicate that no one must gaze upon the eyes of Mara.

Have witnessed fiery, bubbling lava pits; swarms of rodents, snakes (I hate snakes!) and wretched insects; poisonous darts; and mummies. Records indicate that those who have been tempted to look into the eyes of Mara must deal with these and other terrible fates. Findings even indicate that entire exploration parties have been eliminated by powerful, explosive beams of light that shoot directly from the eye of Mara. Have not witnessed such… yet.”

The “findings” also offer some facts and statistics on the attraction, such as its 2,129 representations of snakes (I hate snakes!) and its over 2,000 replicated human skulls within the temple chambers. 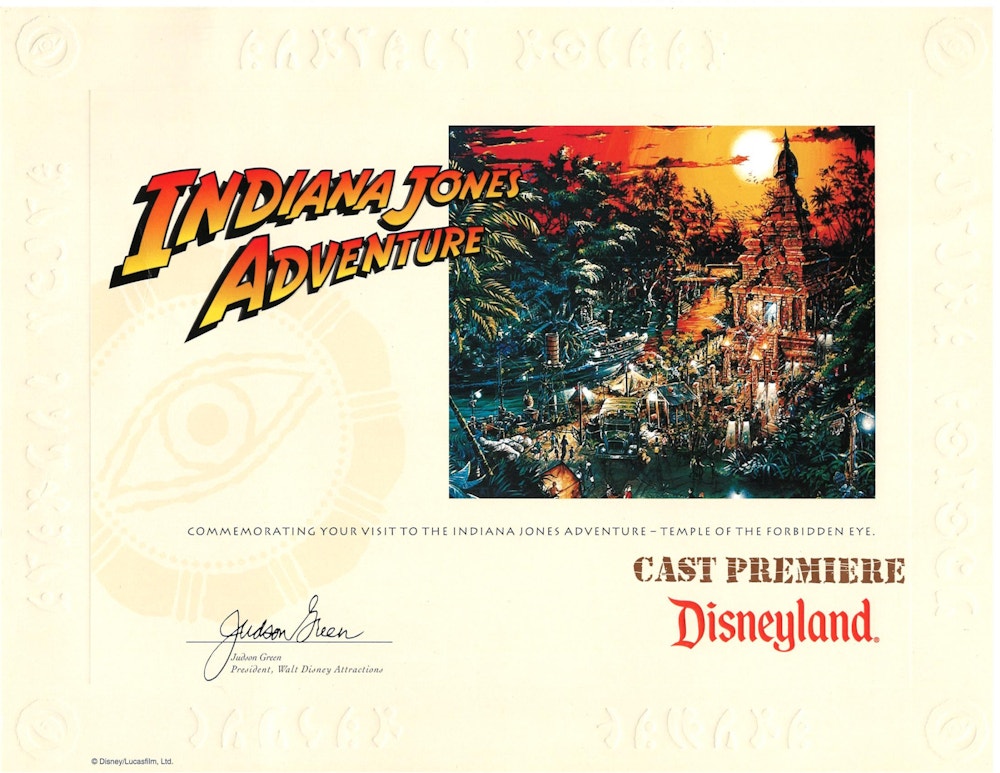 Regardless of Mara’s generosity, Disney gave rewards to cast members, including a certificate commemorating the cast premiere, with a facsimile signature by then-Walt Disney Attractions president, Judson Green. 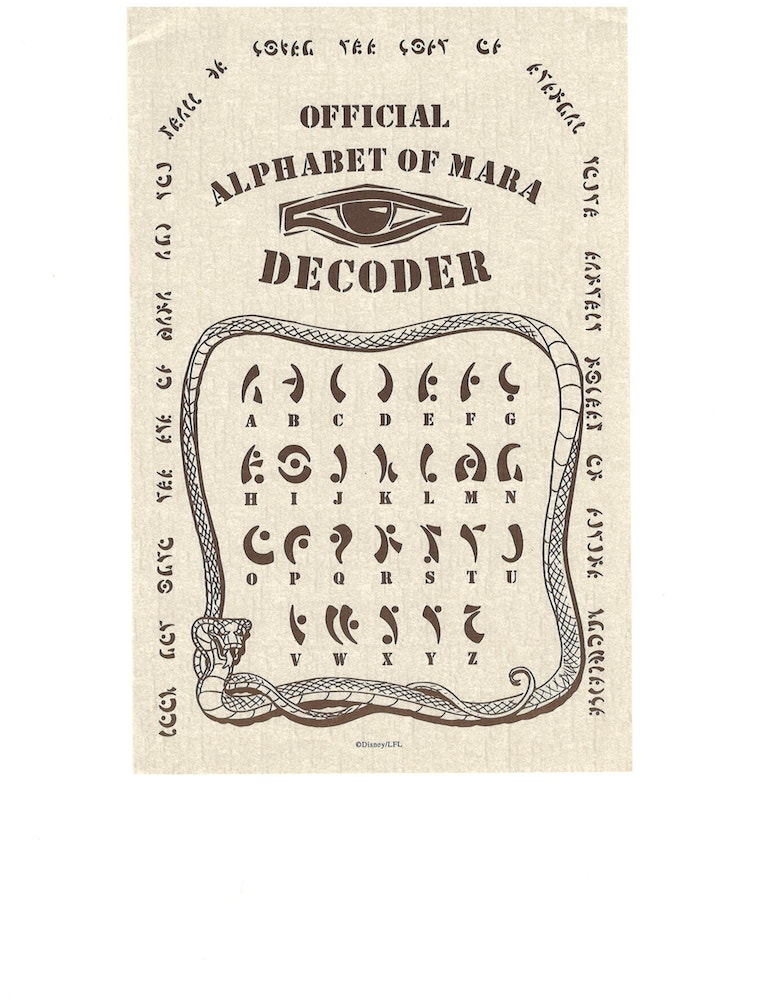 Also included was an Official Alphabet of Mara Decoder. (The above photo is included to show the size of the paper compared to the others.) Can you decipher what’s on the page? 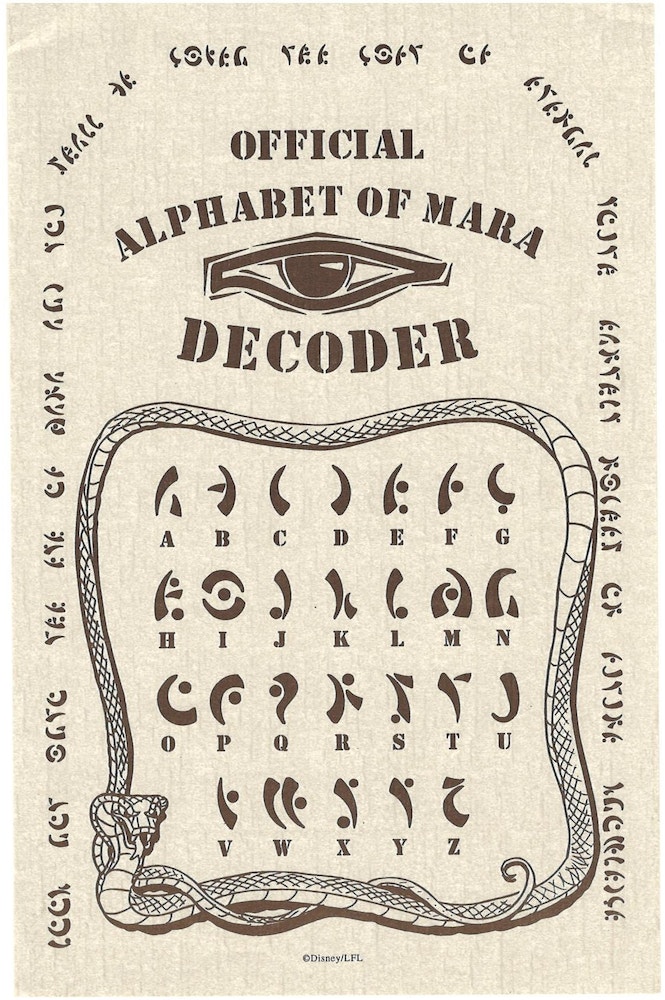 And with February comes Valentine’s Day, and Disney was happy to help out cast members looking to surprise their sweethearts with some specialty items and deals. A cast member-exclusive perfume? Now that’s a gift for a Disney Parks fan! 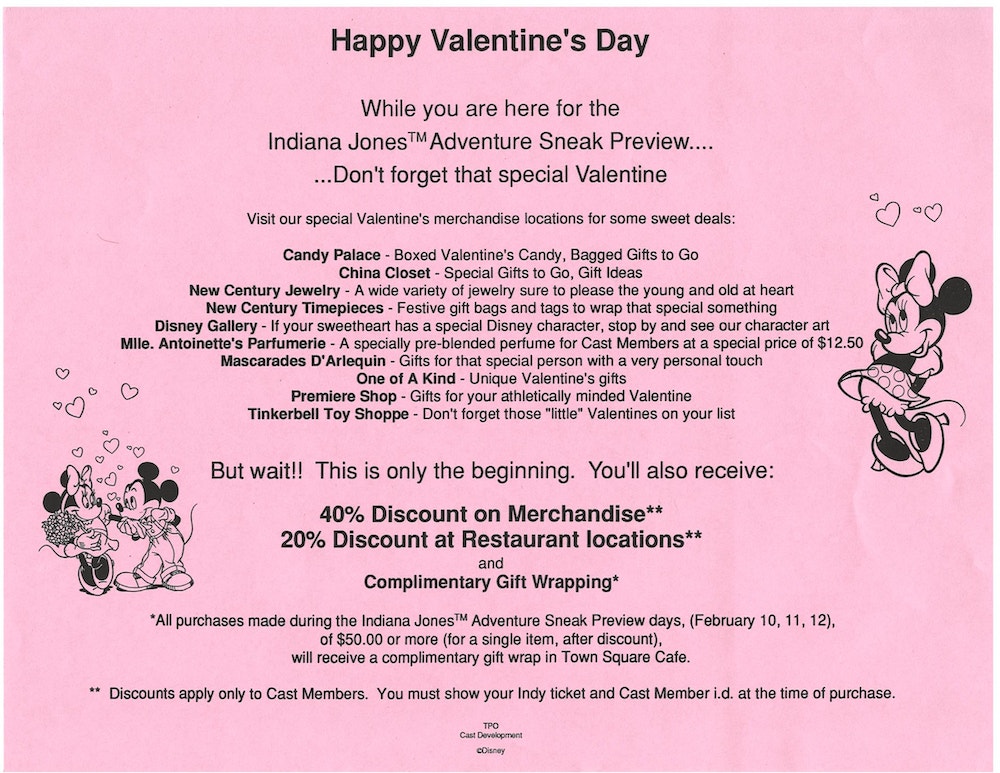 And finally, included in the folder was a “Future Adventurer” sticker. 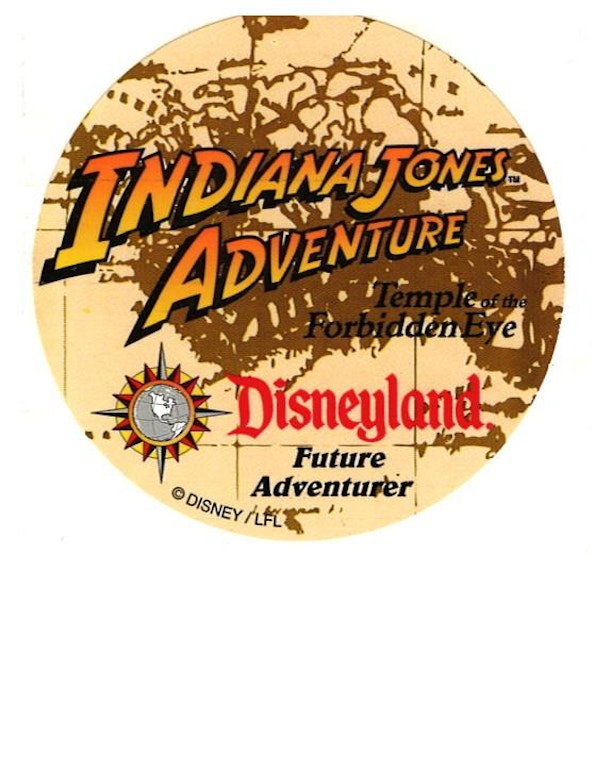 Getting to ride a new attraction before the general public is always a thrill, but with the Indiana Jones Adventure having stood the test of time for more than a quarter-century, this truly was the adventure of a lifetime.

VIDEO: Unearth 25 Years of History with an In-Depth Exploration of the Indiana Jones Adventure, from the Temple of the Forbidden Eye, to the Crystal Skull