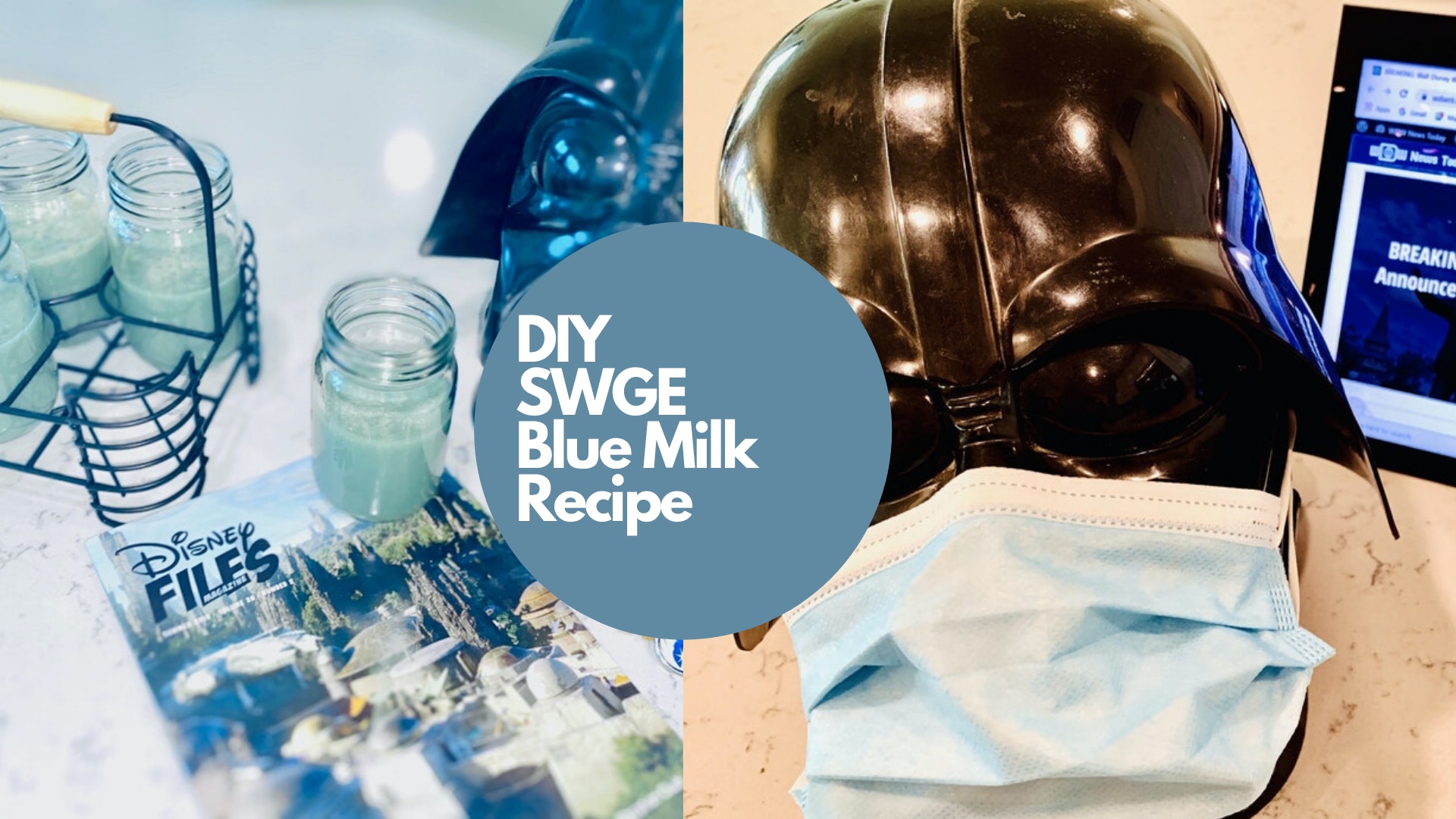 RECIPE: Make Your Own Blue Milk With This Copycat Recipe From Star Wars: Galaxy’s Edge

Before Star Wars: Rise of the Resistance and Millennium Falcon: Smugglers Run, there was… BLUE MILK. I’m not ashamed to admit it, I teared up a little the first time I tried it. It wasn’t the flavor that overwhelmed my senses; rather, there I was, nestled in Galaxy’s Edge, surrounded by a glorious array of familiar facets from my childhood… and, okay, my adulthood as well. Maybe I am just a hopeless nostalgic, but there seems to be an aura that echoes through the Spires, “Chewie, we’re home”, to fans who enter through the gates for the very first time. 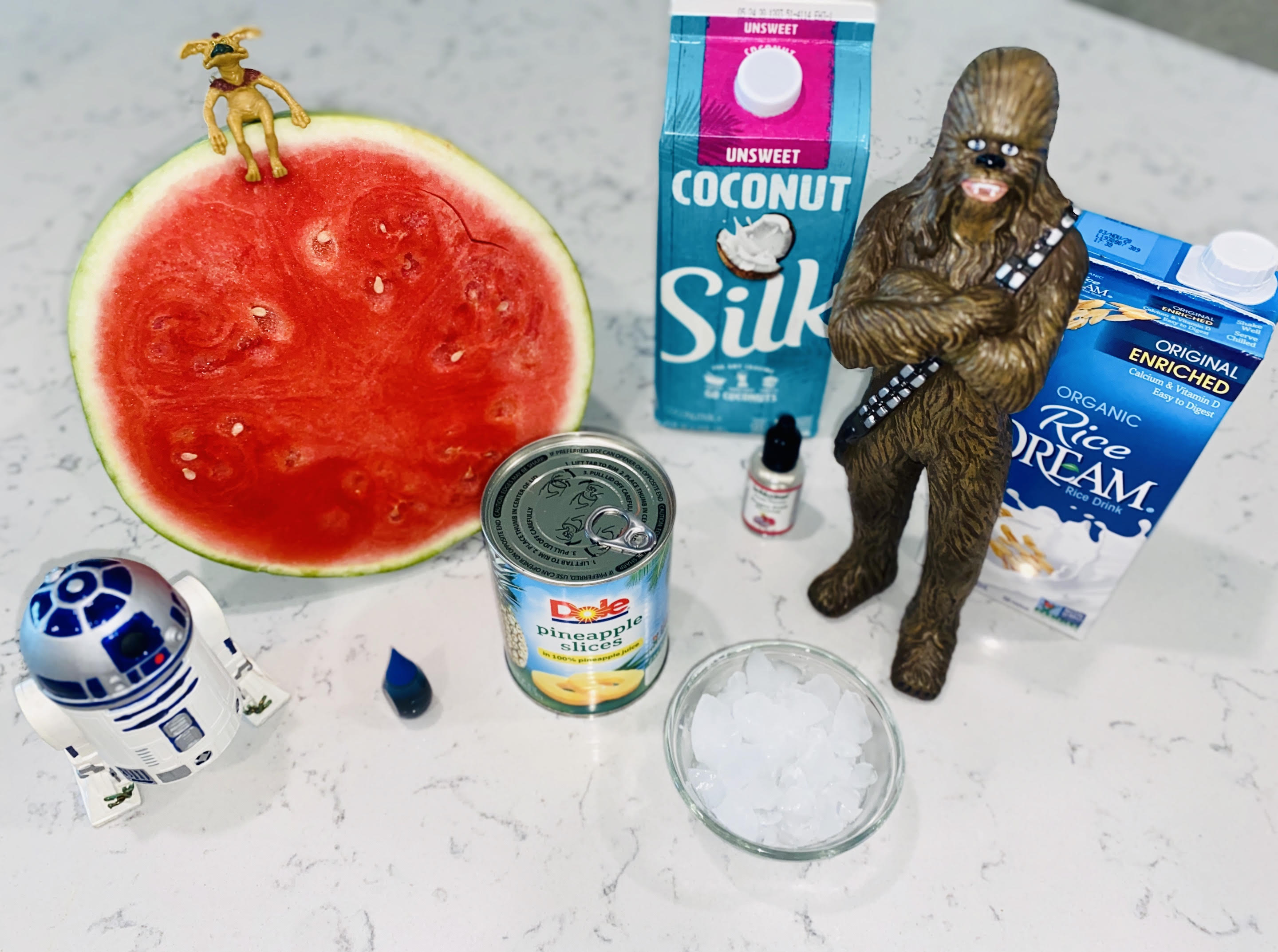 We Are One With The Force, And The Force Is With Us

Seconds after my arrival, my subconscious flooded with moments from a long time ago in a lifetime far, far away…; recreating the battle of Hoth in my parent’s backyard, affixing a flashlight to retired rolls of wrapping paper cardboard in an effort to fashion a makeshift lightsaber, visiting countless antique stores with my father to procure that mint-condition collectible, and finally, falling fast asleep upon my freshly dressed droid-clad bed sheets after a day full of play. Precious parables from my past sprung forth, once lost and now found, hidden betwixt the corners of Batuu’s beaten path. For some, Star Wars is a movie, a piece of cinema meant to capture our attention for a few minutes and little more. For others, it is “the way”, capturing our hearts while holding our attention for a lifetime. In short, “we are one with the force, and the force is with us.”

I’ve Got A Good Feeling About This

You really have to hand it to the Imagineers for their fine work on this gargantuan assignment. I’ll admit, I was a bit skeptical. It’s not that I didn’t trust Disney to knock it out of the park (pun intended). It’s just, as Star Wars fans… well, we’ve been burnt before. (Lest I remind you of The Star Wars Holiday Special.) Alas, Galaxy’s Edge truly exceeded my expectations. From sight to sound, there wasn’t a fake rock left unturned. Yet, despite the myriad of miraculous details… it was a $7.99 frosted beverage from Bubo Wamba Family Farms that sold me, bringing me back to days filled with jejune frivolity.

So, how could a Blue Milk win the gold price in a land overflowing with such magnificent intergalactic invention? It was a bit perplexing to me, as well. However, following much self-reflection and heavy analyzation, I’ve come to the realization that… it really does make sense! After all, I’ve thought about what it would be like to board the Falcon… I’ve wondered how I would assemble a droid… But never did I ever dare to dream that I would someday be chugging a chilly Bantha beverage, as I struggled to evade a pair of accosting Stormtroopers! Here, in Walt Disney World’s latest and greatest accomplishment, I was no longer visiting Star Wars. I was living Star Wars. And with this new Galaxy’s Edge Blue Milk Copycat Recipe, you can too! 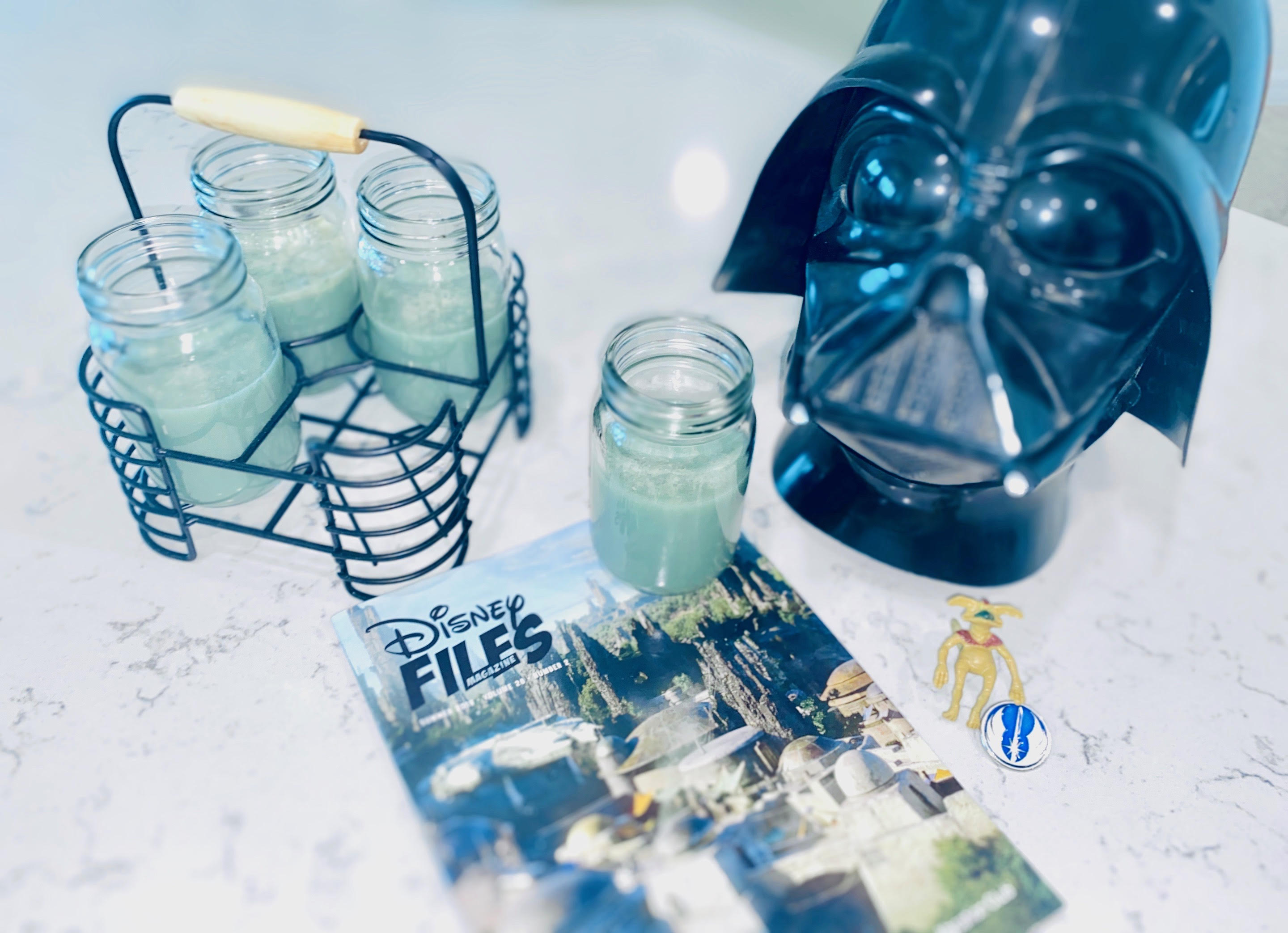 We hope you enjoyed our Galaxy’s Edge Blue Milk Copycat Recipe! Too adventurous to give it a try? We find your lack of faith disturbing! However, if you do recreate this recipe, be sure to share it on Twitter or Instagram and let us know by tagging us using @WDWNT. Have your own Galaxy’s Edge recipe? Have a recipe request? Let us know in the comments section below.

Next
Full List of Performances Starring Ariana Grande, Christina Aguilera, and More Revealed For “The Disney Family Singalong” Premiering This Thursday on ABC