It’s Disney’s Hollywood Studios Appreciation Week here at WDWNT! While we can’t visit the beloved park to celebrate its 31st anniversary, we can theorize about what our favorite characters are up to during this downtime. Here are ten things that we can only assume are happening at the (mostly) empty Hollywood Studios right now.

With nothing to do and no guests to share his feelings with, Kylo Ren has organized a poetry slam outside of the Chinese Theatre. While there are no other poets performing and a very limited crowd watching, the Supreme Leader will not be deterred from sharing his original works. An inside source has actually shared with us a snippet of Kylo’s poetry you can read below:

My lightsaber is red,
Rey uses one that is blue.
How do you tell someone
“I like you”?

No need to worry about the health and safety of Kylo, he continues to wear his mask during his readings.

2. Lightning McQueen has re-started the Disney Stars and Motorcars Parade

That’s right, with nothing to do in his relatively new attraction, Lightning McQueen has taken to the streets in his brand new version of this classic Disney parade.

Disney Stars and Motor Cars ran in Disney’s Hollywood Studios from 2001 to 2008. It moved to Walt Disney Studios Park in Paris, where it was renamed Disney Stars ‘n’ Cars and ran from 2009 to 2014. Lightning McQueen and Mater were added to the parade after the release of Cars in 2006.

Once the leading float of this great parade, Lightning is in fact now the only float. He occupies his time driving up and down Sunset Boulevard, proclaiming the return of Disney Stars and Motorcars, mostly to the cast of Fantasmic (who are taking their lunches at Sunset Ranch Market).

3. Woody is pushing unwanted visitors behind a desk

Perhaps taking social distancing a little too seriously, Woody has gone back to his old ways and is pushing anybody who enters Toy Story Land uninvited behind Andy’s desk.

Fans of the Toy Story franchise will remember the scene in the first film where Woody, jealous of Buzz’s popularity, attempts to use RC the car to push Buzz behind the desk. Buzz jumps out of the way at the last moment, but because of the damage Woody has done, Buzz, unfortunately, falls out of the window, setting off the film’s main series of events. It is certainly one of Woody’s lowest points in the series. But under current circumstances, I can’t say I blame Woody for enforcing his land’s social distancing rules, though I disagree with his methods. 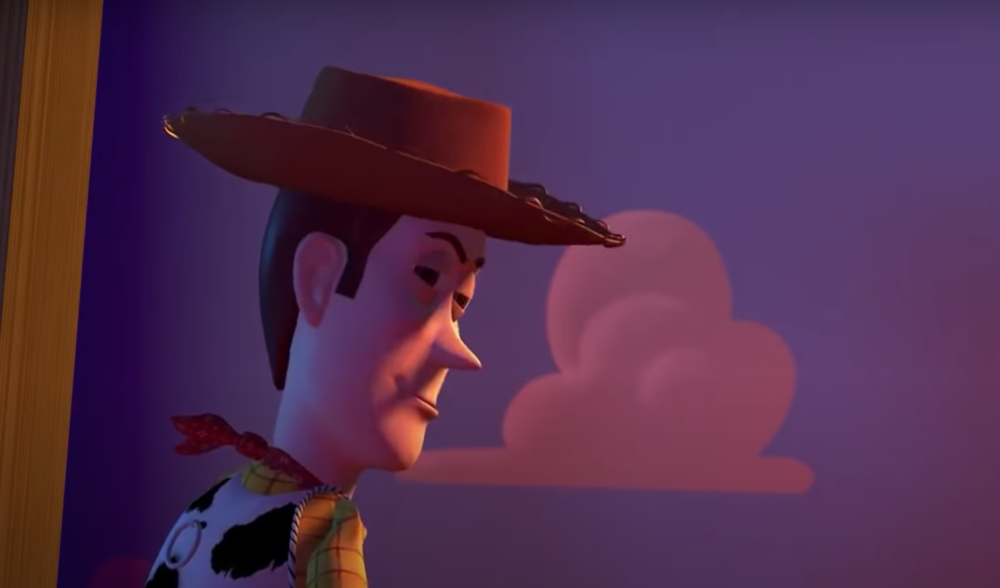 There has been no confirmation of who or how many people have been knocked behind the desk, though Olaf has not been seen in several days. He was last spotted asking for warm hugs in the vicinity of Toy Story Land. A rescue mission is being planned by the green army men.

Rey and Ariel are like two peas in a pod. Following the park closure, Rey left Galaxy’s Edge to explore the rest of Hollywood Studios and bonded with Ariel almost instantly. They have since been searching for any interesting and useful objects they can find in Animation Courtyard. After sufficiently clearing out the shops next to Voyage of the Little Mermaid, they have now moved on to Star Wars Launch Bay. Sources say they have taken apart most of the attraction, and are hoarding their collection in the Walt Disney Theater. Launch Bay inhabitants, including BB-8, have expressed no sadness at the dismantling of their building, and are enjoying the freedom of exploring the rest of Hollywood Studios.

5. Forky has joined the cast of Beauty and the Beast – Live on Stage

It’s fitting, isn’t it? Forky is a spork, and Belle talks to silverware. It was only a matter of time before she invited him to join her stage show! The princess told Forky he was welcome to drop by any time, and within a few days he had packed up his things and moved across the park to take up residence at the Theater of the Stars. 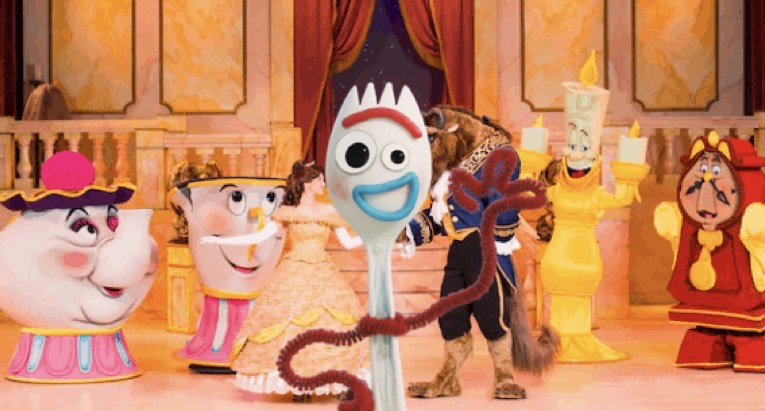 Forky has been spotted rehearsing his dance moves alongside the rest of Belle and the Beast’s cutlery friends. While he is not as coordinated as the other cast members, we’re sure he’ll find his groove before the show re-opens and we can’t wait to see him perform.

6. Gertie and Rex are walking to Animal Kingdom 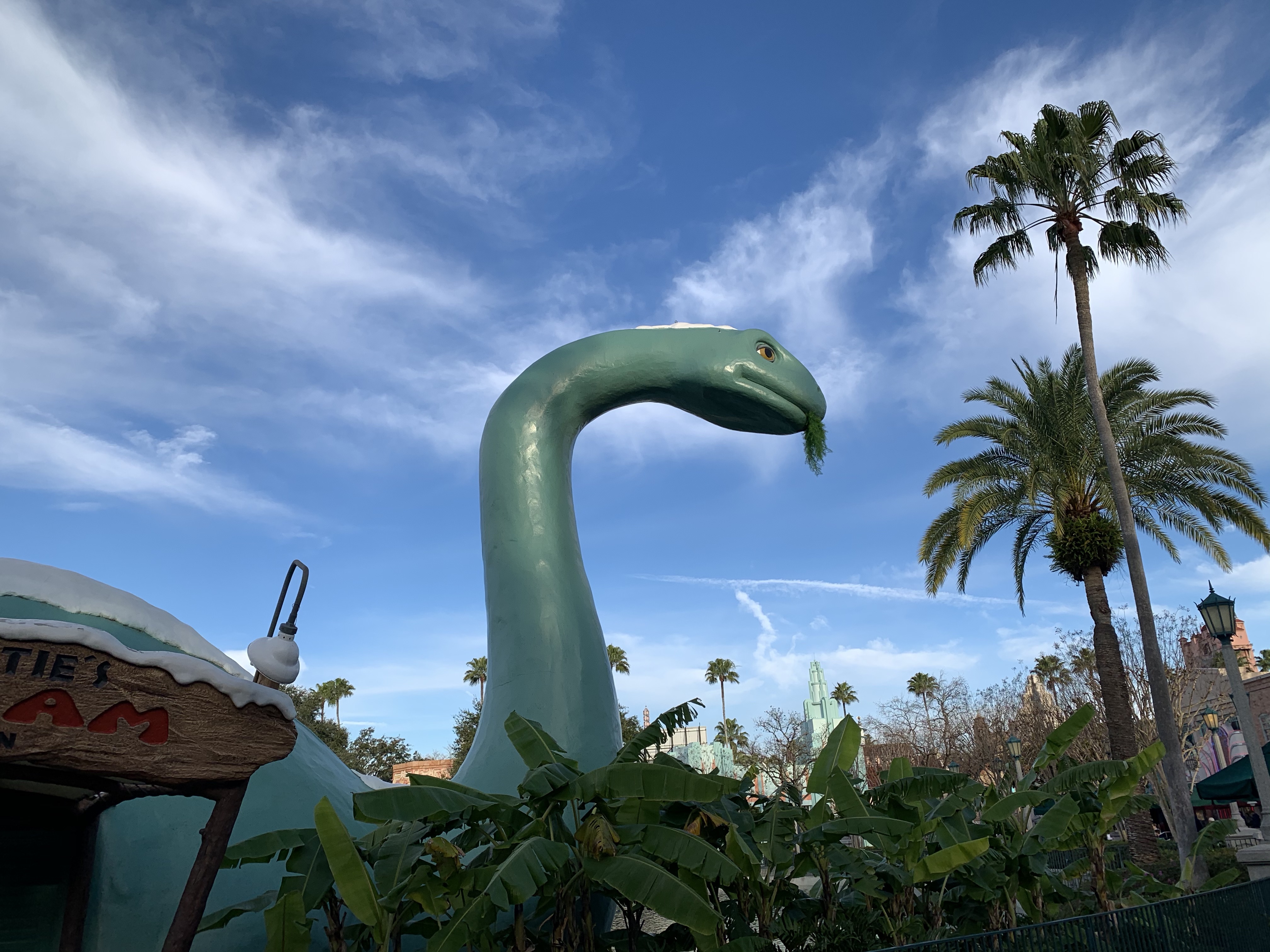 Gertie, the dinosaur long confined to Echo Lake, has simply gotten up and started walking. At first, reports were unclear about where Gertie was headed, even after she picked up Rex from Toy Story Land. But after a few hours of slow ambling, it became clear that the dino duo’s destination was Animal Kingdom! We have even heard tell that the dinosaurs in DinoLand U.S.A. are preparing a warm welcome for the cold-blooded reptiles. Aladar, Dino-Sue, Chester, and Hester have hung up signs and banners welcoming Gertie and Rex home.

7. Kermit and Indiana Jones are negotiating a merger

It’s no secret that the Walt Disney Company is going to lose a lot of money during this time and will be making big budget cuts. Well, leadership is readying to take down two of Hollywood Studios’ iconic shows: MuppetVision 3D and Indiana Jones Epic Stunt Spectacular.

Neither show’s cast is willing to go down without a fight though, as they have both spent several years combating rumors of their closures. Kermit and Indiana Jones have been meeting to discuss a merger of sorts that would keep both of their entertainment brands alive. Spies inside say that they are planning a crossover between MuppetVision 3D and Indiana Jones Epic Stunt Spectacular entitled Epic MuppetJonesVision Stunt Spectacular 3D.

Hopefully, the new show will be ready by the time Hollywood Studios reopens. 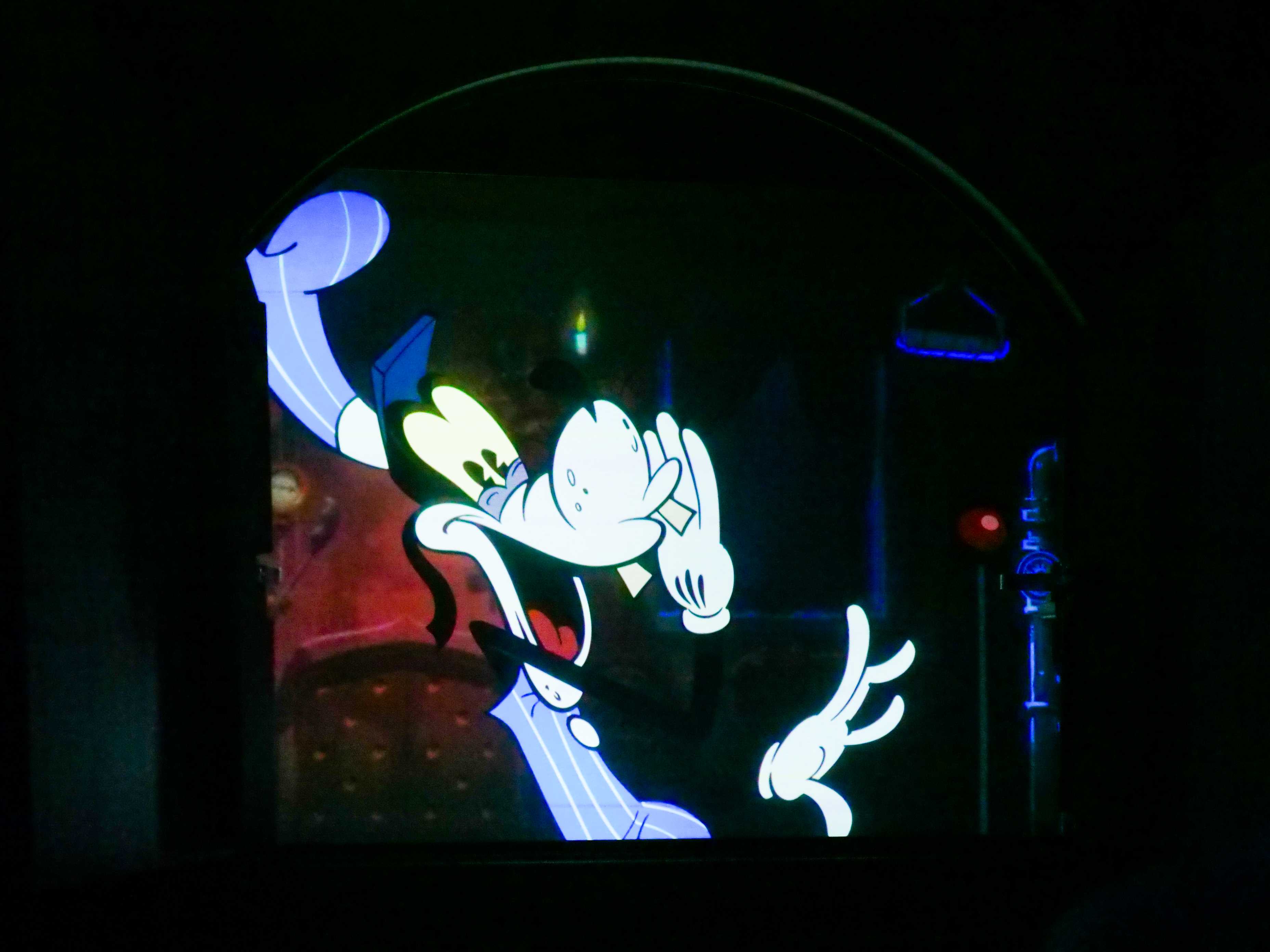 Goofy is not known for his driving skills, but he’s never been one to let that get in the way of his career goals. While no longer driving the train at Mickey and Minnie’s Runaway Railway, Goofy has stopped by Galaxy’s Edge to attempt to fly the Millennium Falcon. Mr. Goof has flown and crashed the spaceship a total of ninety-seven times as of this writing. Experts say he really should have gotten the hang of it by now, but he continues to be just as bad a pilot as he was on day one.

A little birdy just told me that Goofy has in fact just boarded the ship once again and continues to request the pilot position, despite the fact that he is not, in fact, flying with any other crew members or passengers.

Looking out for some new music to play, Aerosmith made their way over to Animation Courtyard. After dodging Rey and Ariel’s questions about their instruments, they ducked inside the Disney Junior Dance Party building. While the Disney Junior cast and Aerosmith were unsure about each other first, the two groups have become fast friends. DJ Deejay and Finn Fiesta have been working with the band to organize some live music for future parties.

Doc McStuffins assures us that everyone in the Dance Party is practicing proper social distancing and mask-wearing during rehearsals.

It was only a matter of time. Following their Joffrey’s takeover at EPCOT, the bees moved on to Hollywood Studios. Given there are no guests or regular Cast Members to scare them off, they quickly took over the Joffrey’s kiosk behind the Chinese Theatre. Imagine the below, except instead of people… there are bees. 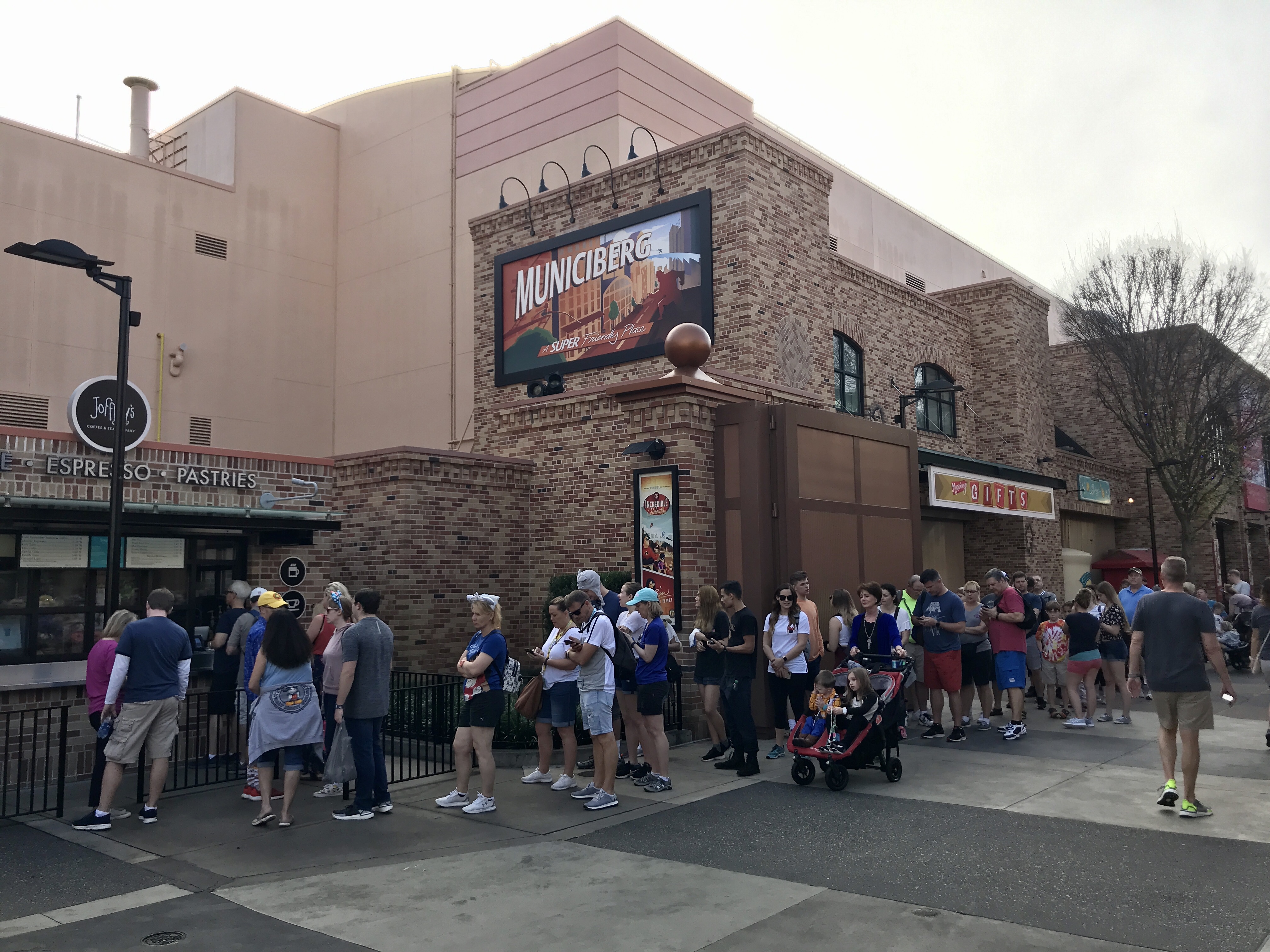 Seeing more vulnerable areas, the bees soon flooded the nearby Municiberg, driving out the superheroes. The Incredibles, Frozone, and Edna Mode have retreated to Commissary Lane. Unfortunately, bees are a protected species, so getting rid of them can be tricky. We can only hope that our favorite superheroes manage to confine the bees to Municiberg so that they do not overrun the rest of the park.