With Disney Parks around the world closed for the foreseeable future, WDWNT is dipping into our archives of vintage parks materials for a look back into parks history! And in celebration of Hollywood Studios Appreciation Week, all this week, we’re peeking into the studio vault with items from the early years of the Disney-MGM Studios! It’s 1990 and the newest additions to the Disney-MGM Studios are Kermit the Frog, Miss Piggy, Fozzie Bear and the rest of the gang in “Here Come the Muppets!” 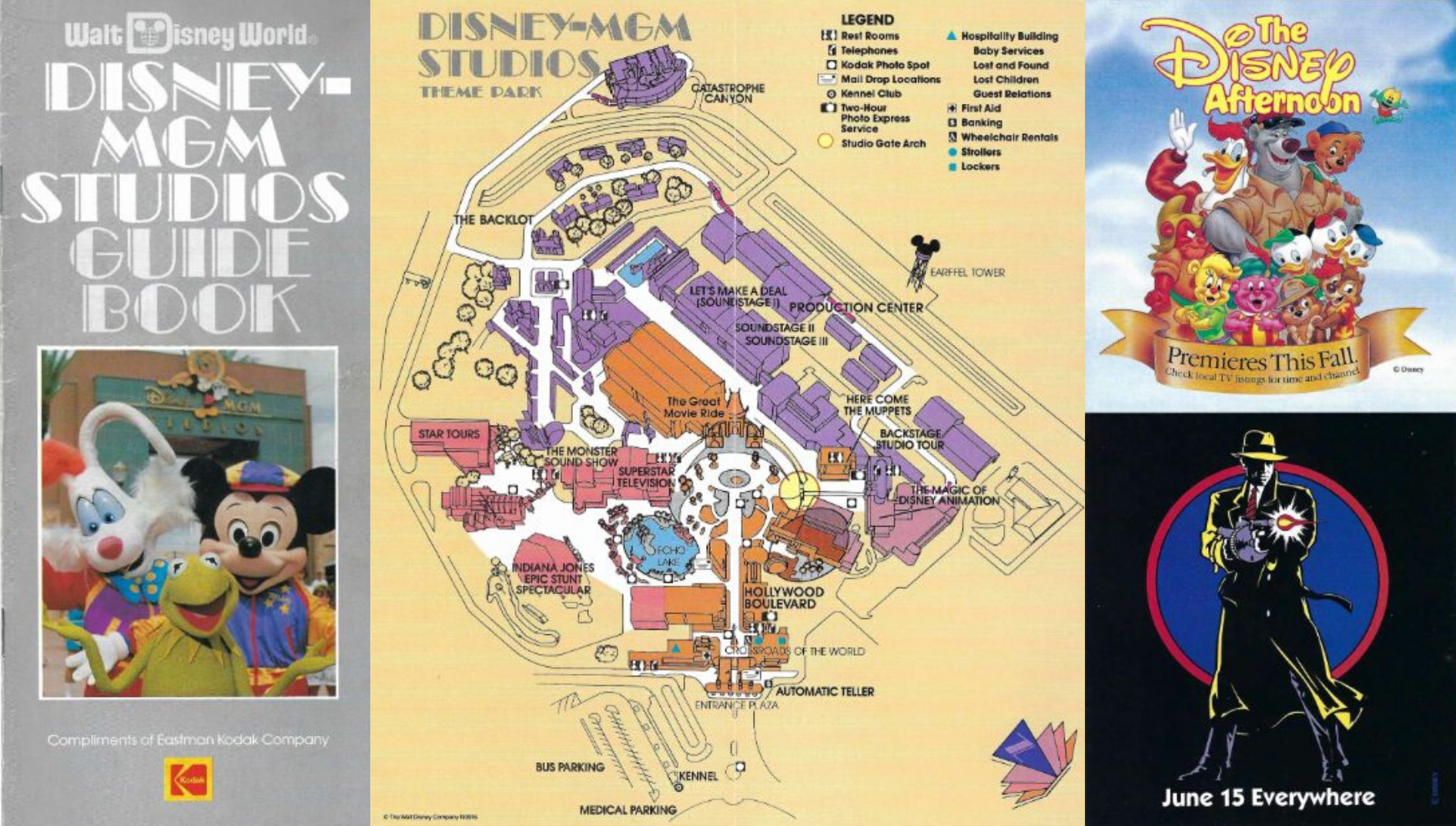 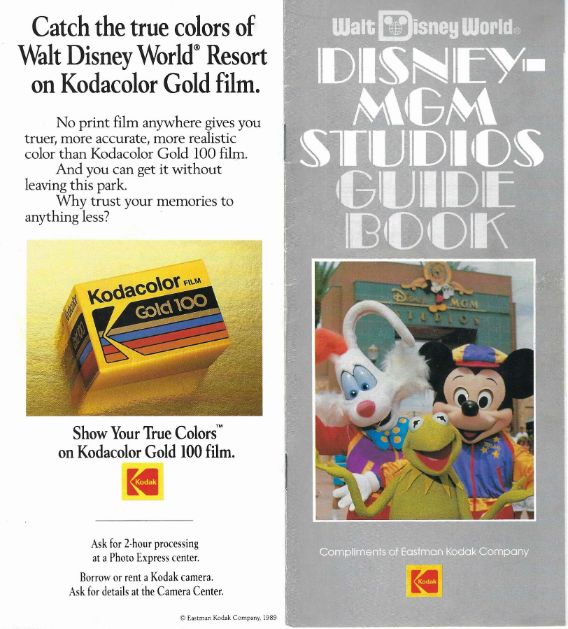 Since we looked at the 1989 guide book, there have been a few changes. Now, Mickey Mouse is joined on the cover photo by Roger Rabbit and Kermit the Frog, as more attractions are added to the park in its second year of operation. 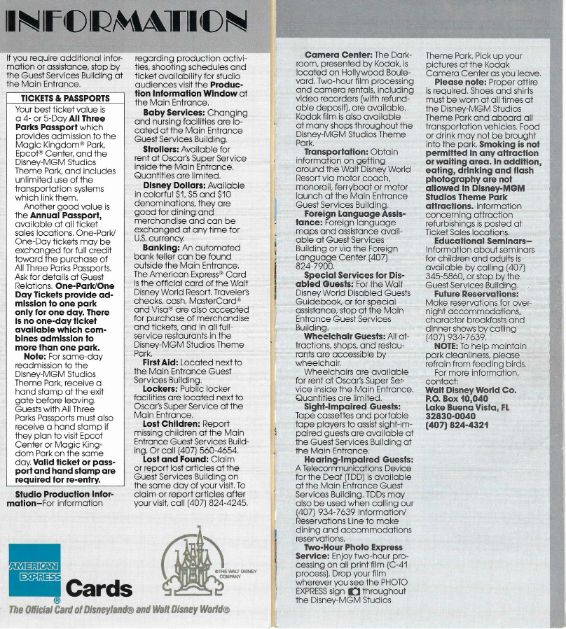 There’s not much different in the information pages. That being said, I am intrigued at the offering of educational seminars. That sounds like a blast to me! And new at the park: two-hour photo developing! 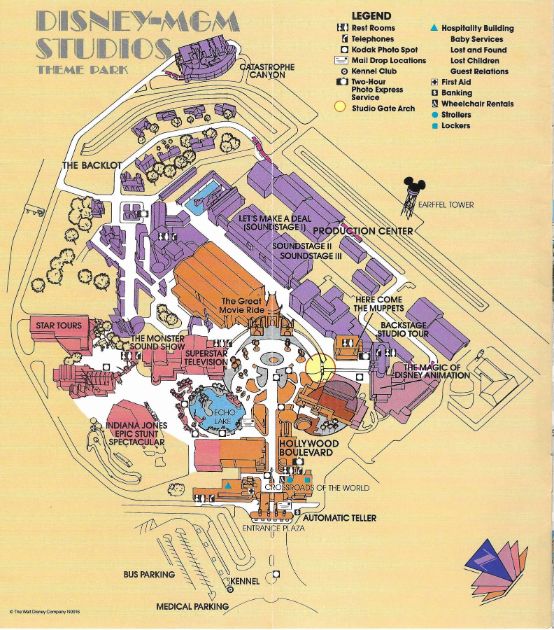 We move on to a general park map, showing off the new offerings. 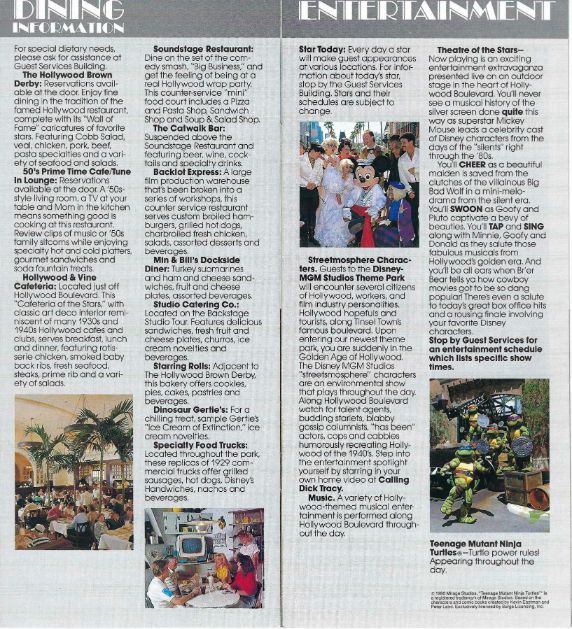 New in entertainment are the Teenage Mutant Ninja Turtles, who made appearances around the park from until 1994. Guests could also put themselves into Disney’s big summer blockbuster for 1990 in “Calling Dick Tracy.” 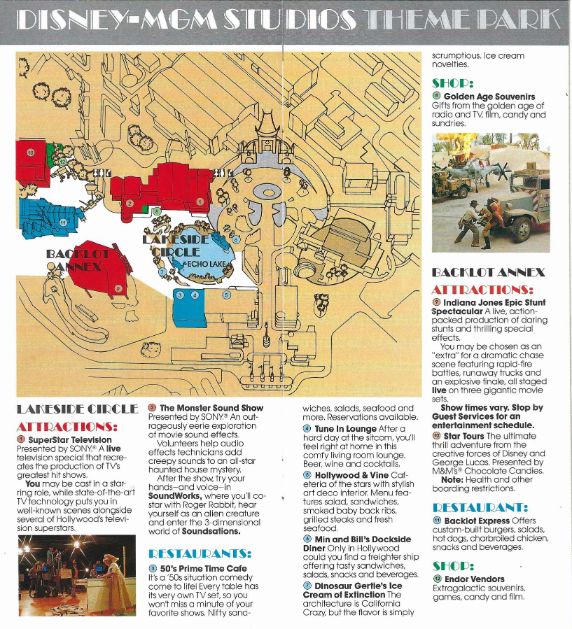 With no change to Hollywood Boulevard and Lakeside Circle, let’s head straight to Backlot Annex, which has since added Indiana Jones’ name to the Epic Stunt Spectacular, while Star Tours has officially launched at the park. 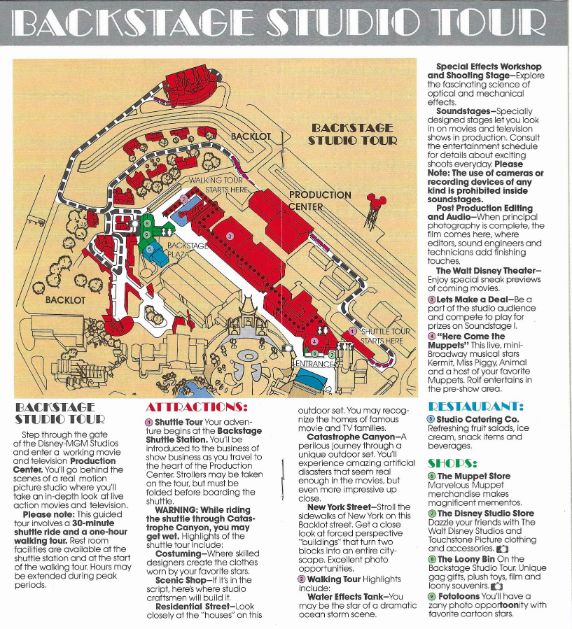 With production picking up on the studio end, the map of Backstage Studio Tour has been streamlined (not to mention that the approximate time spent on the tour has shortened from two hours to an hour and a half. Elements are now strictly aligned to the tram or to the walking sides of the tour. Meanwhile, Here Come the Muppets, a stage show that featured walk-around versions of the characters trying to put on a show for guests (and crashing a monorail through the stage, like you do) has arrived. And before there was Who Wants to Be a Millionaire – Play It!, guests got into some game show action at the park with Let’s Make a Deal, which was a stage show for guests when the show wasn’t taping. (And as a Muppet fan, I must point out that the guide incorrectly spells the name of Rowlf as Rolf.) 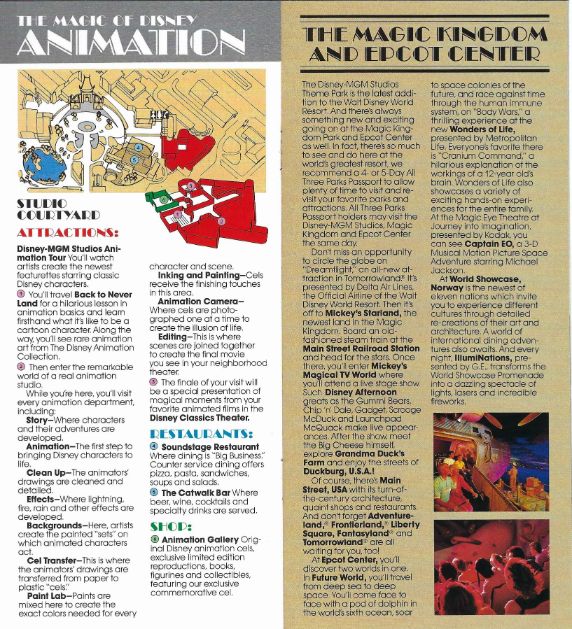 Alongside The Magic of Disney Animation is yet another look at what’s going on at the other two theme parks. At the Magic Kingdom, Delta Dreamflight has opened, and Mickey’s Birthdayland has become Mickey’s Starland, which now features the “Mickey’s Magical TV World” stage show, which starred characters from shows like “DuckTales,” “Chip ‘n Dale Rescue Rangers,” and “Disney’s Adventures of the Gummi Bears,” which would be part of the soon-to-premiere Disney Afternoon programming block. Over at EPCOT Center, Wonders of Life has opened, with headline attractions like Body Wars and Cranium Command. 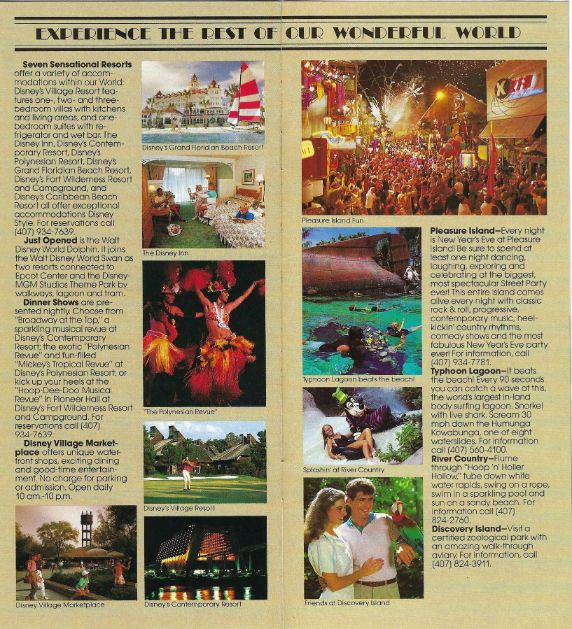 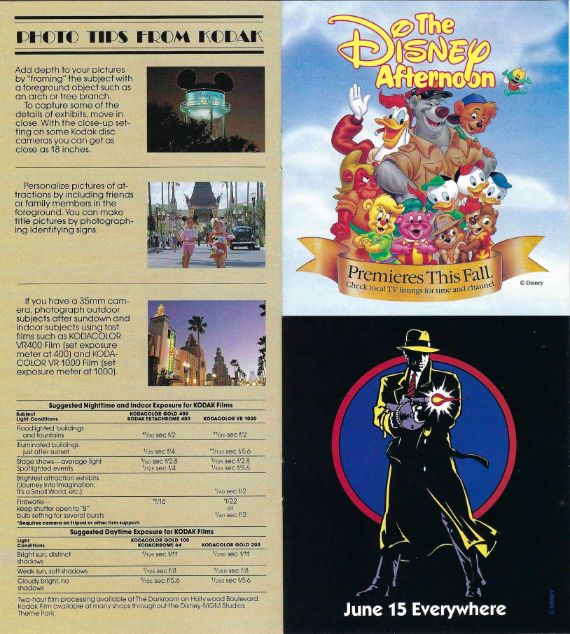 New in the advertisements for 1990 is Disney’s summer blockbuster. Dick Tracy, along with the aforementioned Disney Afternoon block, which premiered in August 1990. 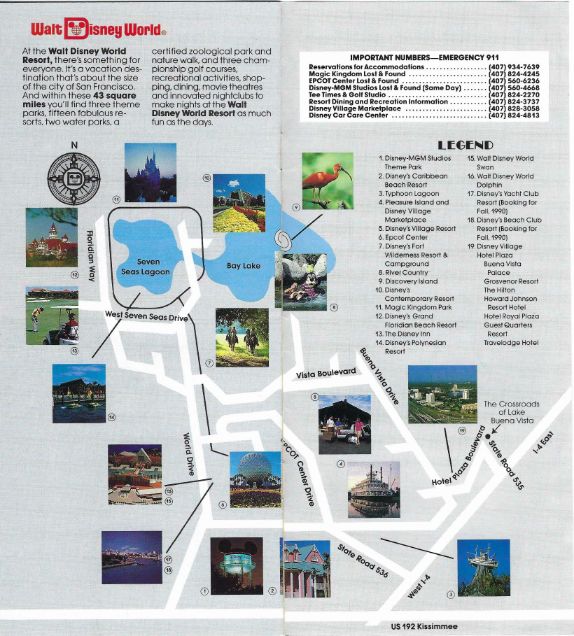 This guide book also ends with a resort map, with two additions coming soon: Disney’s Yacht and Beach Club Resorts, which opened in November of that year. Some big changes have happened at the Disney-MGM Studios and Walt Disney World in a year, and there were even more to come!