“The Kingdom Keepers” series follows Finn, Charlene, Philby, Willa and Maybeck, as they encounter their own adventures in the Disney Parks after hours. These five young teenagers were selected to become Disney Host Interactives, digital holograms that would be tour guides throughout the theme parks. Yet when the kids fall asleep at night, they turn into their holograms and arrive inside the theme parks to defend against “The Overtakers”, Disney’s most-feared villains who are seeking control of Walt’s magic. 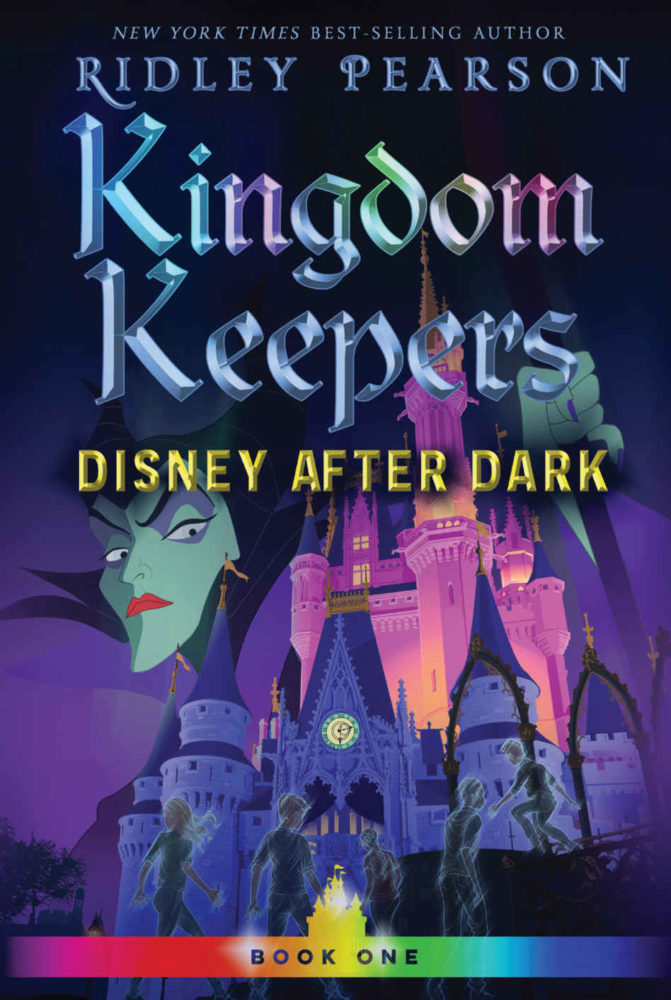 The first book, Disney After Dark, shows how the teenagers adapt to their new ability of “crossing over” into the Magic Kingdom at night. Learning from the advice of Imagineer Wayne Kresky, who personally knew Walt, the kids must break The Stonecutter’s Quill riddle in order to stop “The Overtakers” from, well, taking over the theme parks. By finding clues in various attractions like “it’s a small world”, to Splash Mountain, to One Man’s Dream, the Keepers must work together through Disney Park history in order to save the day.

When “The Kingdom Keepers” books first came out in 2005, I was beyond excited. Getting to read about kids having adventures inside of the Disney Parks after hours and seeing the magic come to life was such a unique concept to me, and definitely something that I had thought of from time to time. I was immediately hooked and loved that all the details were spot on to the theme parks that the stories took place in. It took me right back to being in Walt Disney World without leaving the comfort of my bedroom, much like the Keepers. I was always eager for the next book to come out, attended multiple book signings over the years, and even took my well-loved copies of the books with me to the parks to try to spot the clues in the attractions for myself.

When it was announced that Ridley Pearson would be rewriting the entire series to better reflect the changes in the Disney Parks, I’ll admit, I was pretty skeptical. The books had already received a few updated covers over the years, but changing the story was something different. I’m a bit of a purist and a “the book was better than the movie” person, but knowing that parts of my Disney childhood were being rewritten seemed… wrong. These were part of the memories that I made on my many vacations to the Disney Parks while growing up, and I thought that having them written down in these books meant that it would keep some of that old nostalgia a bit more permanent. Although no one’s making me replace my current editions with these new ones, it was something of a bittersweet return to go back and read through the first book in the series.

So for those of you are interested in what was actually updated in Disney After Dark, I went chapter by chapter to see what all the updates actually were. 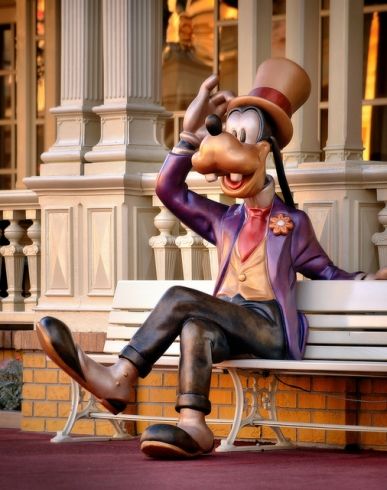 First off, I knew there would be some very minor updates to just keep with the times. Finn now carries a smart phone rather than borrowing his dad’s digital camera; instead of venturing over to Toontown, we head to New Fantasyland, and the bench with a statue of Goofy on Main Street, U.S.A. is now just a regular bench, as the statue has been removed. Of course, the Sorcerer’s Hat from the former Disney-MGM Studios is now gone and is replaced with the Keepers meeting at the Chinese Theatre at Disney’s Hollywood Studios.

The biggest change perhaps is the use of Virtual Magic Kingdom. VMK was an online multiplayer game created by The Walt Disney Company to simulate a virtual Disneyland with attractions and lands for your avatar to interact with. It was extremely popular back in 2005 and ran until May of 2008 before Disney shut down the website. If you’re wanting to get back on, or were just curious what it was like in the first place, you can find a fan-made version of it here at MyVMK.

Ultimately, the Keepers would use this platform as a way to communicate with each other securely without anyone knowing of their plans. There was even a banner displayed inside the Emporium in the original book to help advertise the online world, which is now replaced with a description of princess dresses and hats. These scenes where the Keepers would gather online was changed with a virtual chatroom that Philby created, described as something “he based off an old Disney video game”, which none of the other Keepers knew about. Some of the dialogue has been changed to reflect just a generic chat room, while some lines still mention VMK. Out of context, it seems weird as VMK is never mentioned elsewhere in the rewrites, most likely leaving newer readers confused as to what that means.

Overall, the first book hardly has anything changed and the story remains the same. It’s a fight of good versus evil within the Magic Kingdom, and briefly in Disney’s Hollywood Studios, and the minor changes don’t make much of a difference in the overall plot. I’m more curious to see the changes that take place in future books with attractions that no longer exist, especially regarding a scene in the later books at Test Track, where it was the original design.

If you’re interested in purchasing the updated series, you can find them here. Only the first three books in the series have been released, but make sure to check back here soon as I dive into Disney at Dawn to see what’s been changed in the second book!