If you know about “a salute to all nations but mostly America” or “the spirit of 3-D,” you’re probably a fan of Muppet*Vision 3D at Disney’s Hollywood Studios. So are the folks at Disney Parks Blog, who saluted the long-running attraction on its 29th anniversary today! 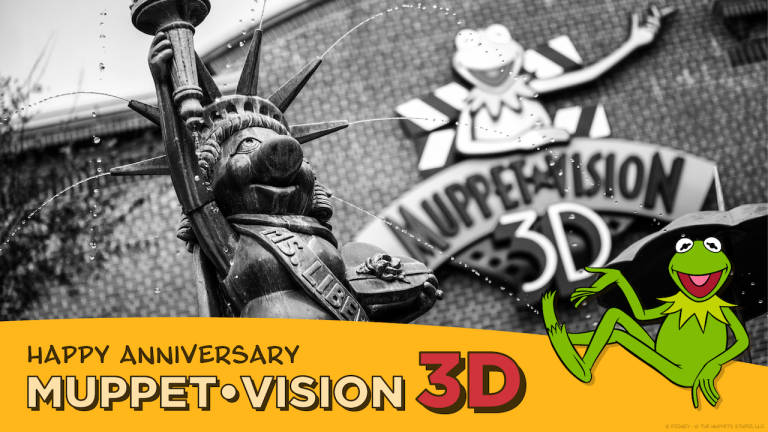 Today is a special one for Disney’s Hollywood Studios, as 29 years ago on this date, Muppet*Vision 3D was unveiled to the world! This is one of my favorite experiences at Disney’s Hollywood Studios – my family has quoted lines from it to one another for decades. (My personal go-to: Sam the Eagle says, “It’s a glorious three-hour finale,” and Kermit the Frog replies, “You got a minute and a half!”)

Muppet*Vision 3D is based on “The Muppet Show,” the television series created by legendary puppeteer Jim Henson that aired from 1976 to 1981. The attraction was a special collaboration between Jim Henson Productions and Walt Disney Imagineering, and is the final released film featuring Henson as the voice of Kermit.

The theater is a perfect replica of the Muppet Theater from the TV show, and the Muppets invite you on a tour of their laboratory to show off their new movie-making invention: Muppet*Vision 3D!

If you’re anything like me, you’re so excited to get into the theater and see the show, most times you visit the attraction you probably just zip down the entrance hallway as quickly as possible. However, that hallway is a veritable Muppet Treasure Island of hilarity, so on this special day I’m sharing a few tidbits you may have missed on your last visit: 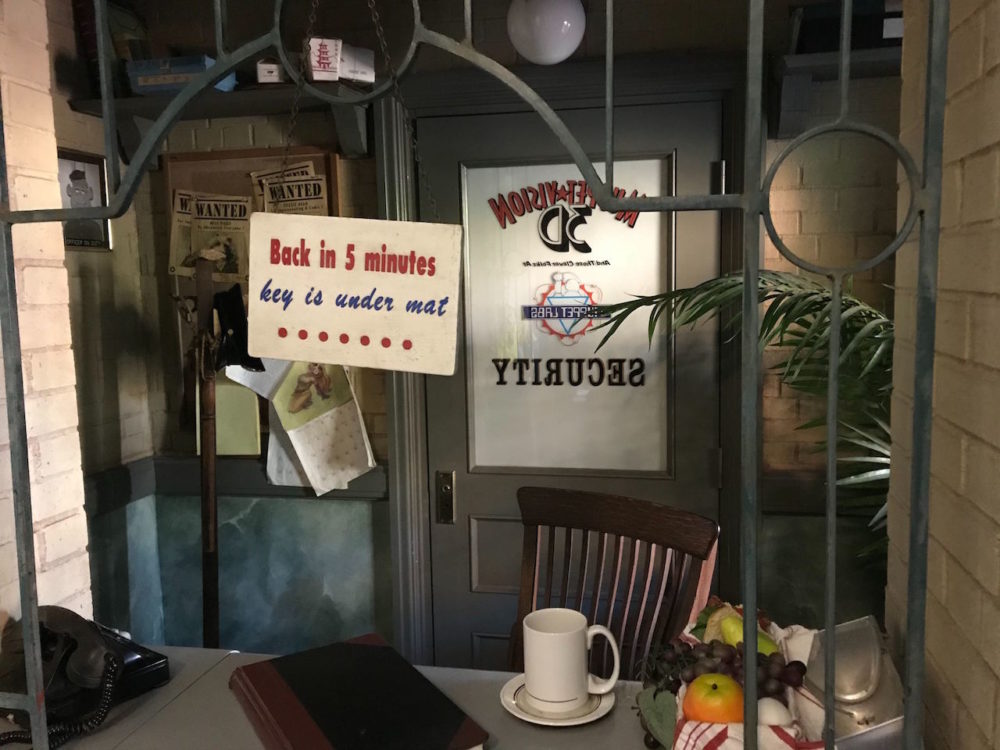 Security for Muppet*Vision 3D World Headquarters is taking a little break. Apparently they’ll be back in five … but the key is under the mat if you just can’t wait that long. 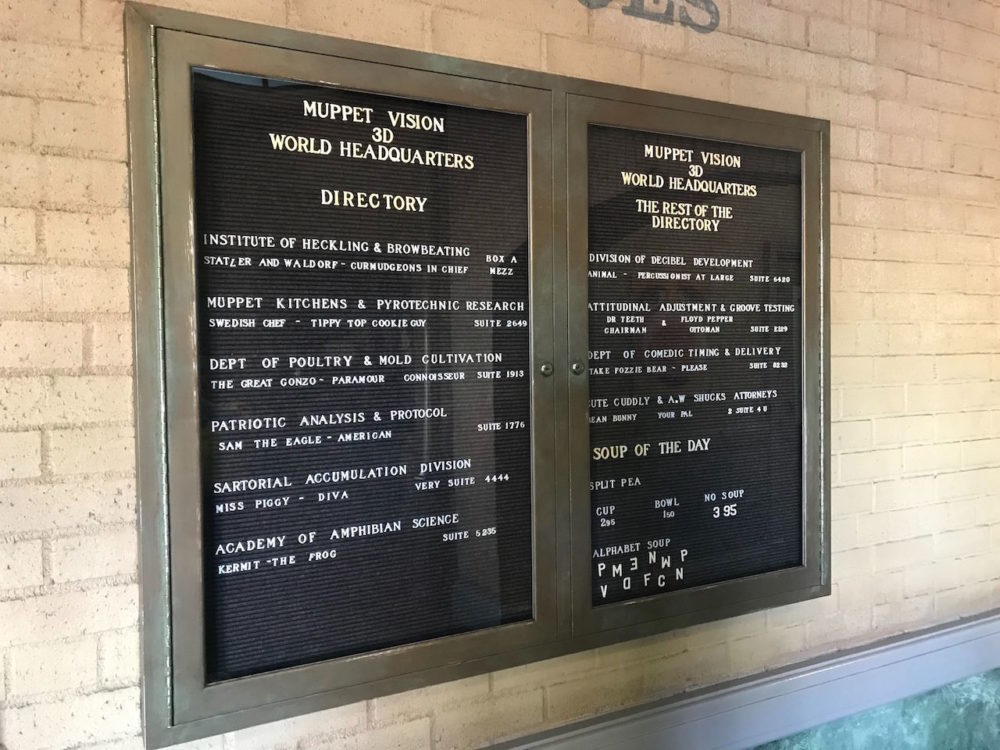 The Muppet*Vision 3D World Headquarters Directory on the wall to your left is a study in comedic nomenclature, such as the Institute of Heckling & Browbeating with Statler and Waldorf as Curmudgeons in Chief. 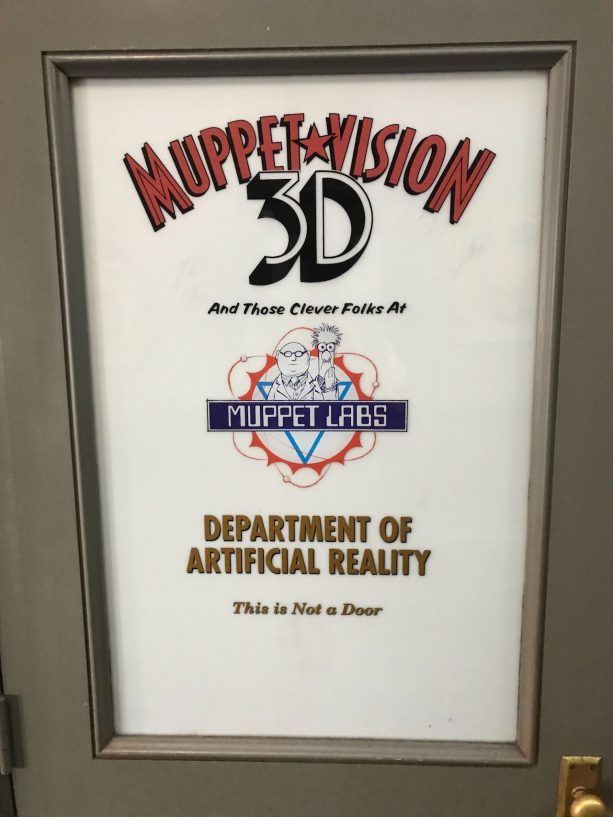 There are four doors off the hallway featuring various departments within the Muppet Labs. My particular fave is the Department of Artificial Reality, which offers a subtle secondary message: This Is Not a Door (that’ll mess with your mind if you let it …) 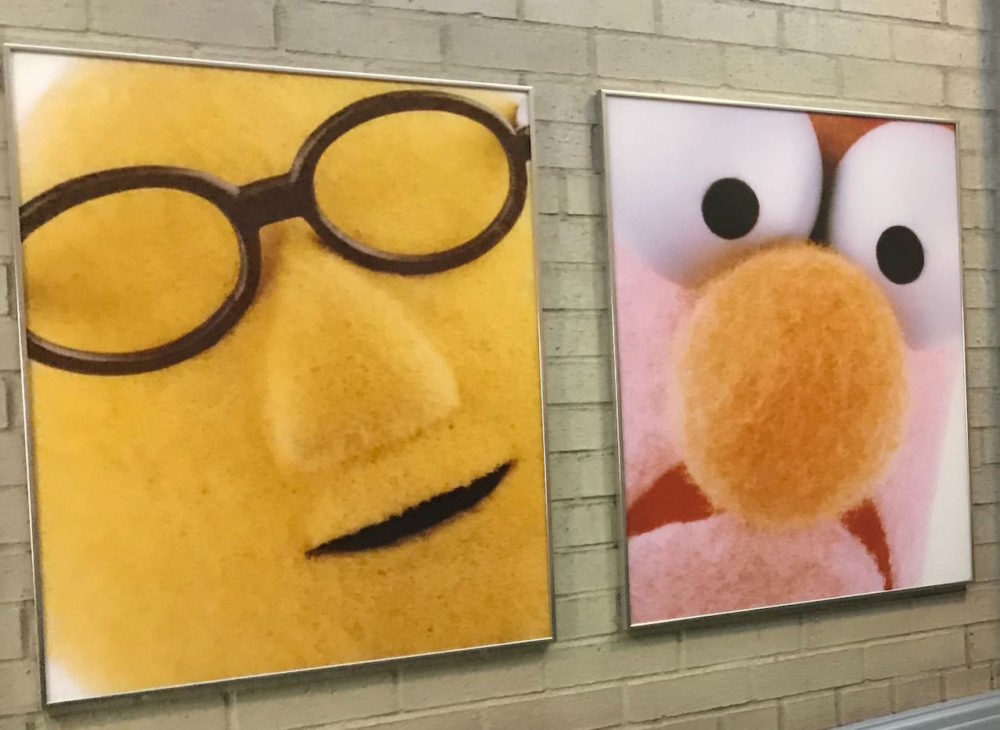 There are photo portraits of 10 Muppets hanging on the walls as you walk up the hallway. Can you name them all?

I know right now we may all feel like we’ve been bolted to our seats like Statler and Waldorf, so hopefully you’ve enjoyed this anniversary salute to all Muppets, but mostly Muppet*Vision 3D!