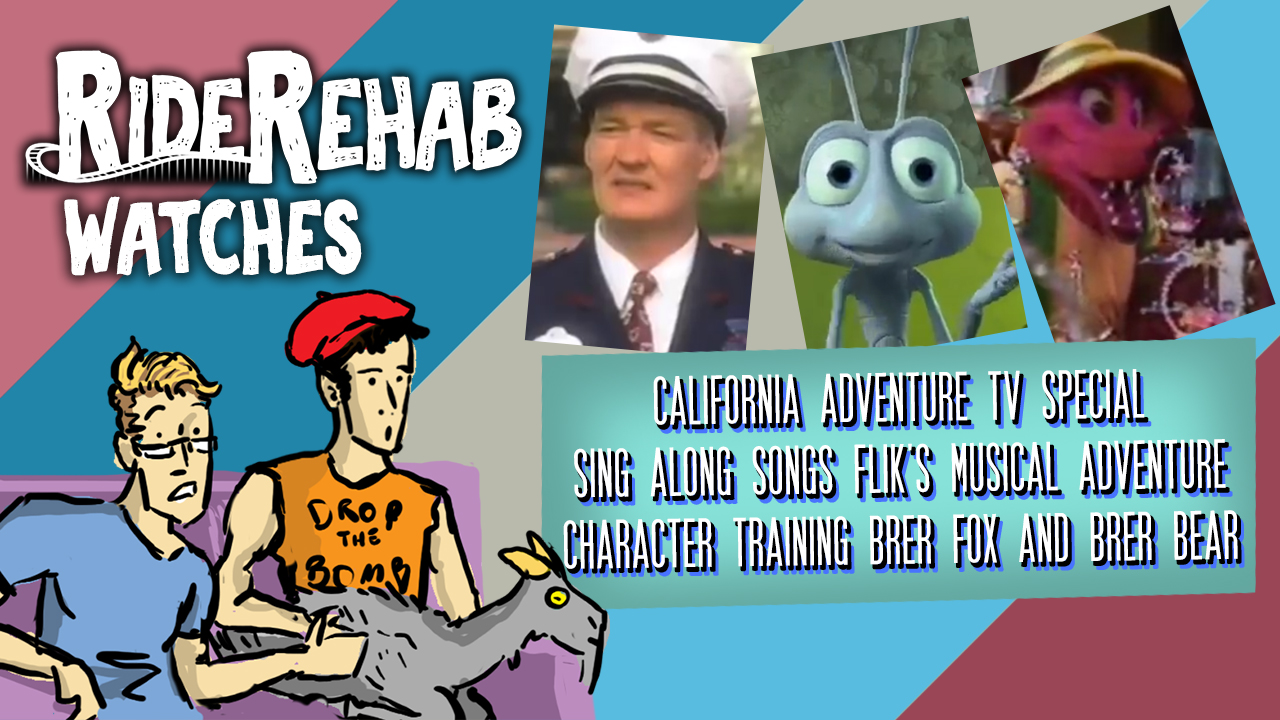 On this episode of Ride Rehab Watches, Tyler, Thomas, Ben and Matthew relive the comedy of the Disney California Adventure Grand Opening, the odd Animal Kingdom Sing Along starring Flik, and learn how to be furries with Br’er Fox and Br’er Bear Character Training.

Ride Rehab Watches is our retro Disney Parks video riffing show. We pick obscure or outdated videos and make fun of them while watching them live for the first time. Catch up on the whole playlist below!

Ride Rehab is the WDWNT Podcast of ridiculously re-skinning rides, attractions, and areas of Walt Disney World. Tyler and Thomas put themselves into the shoes of Imagineers to see what they would do with infinite time and money. New episodes of the show are released the 7th of every month! For our content all the time, check out our YouTube, Twitter, Facebook, Instagram and Ride Rehab.com

Next
Disney+ Review | The Three Musketeers | Deep in the Plus