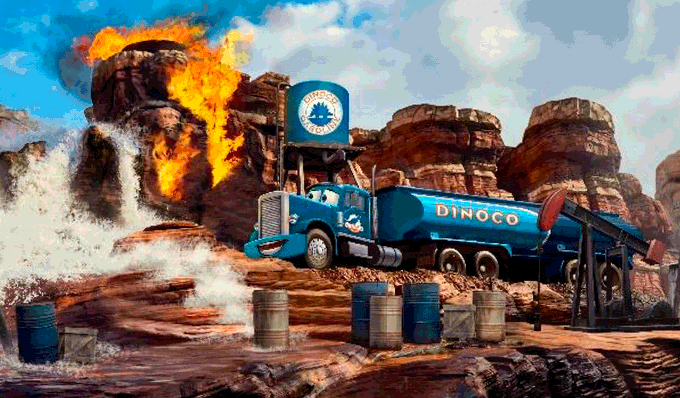 As if the news that Disneyland Paris is set to reopen on July 15th wasn’t enough for today, a sneak peek at a brand-new upcoming attraction for the resort has just been released too.

It was revealed back in 2019 that the Studio Tram Tour attraction located at the back of the Walt Disney Studios Park was set to be reimagined as the “Cars Route 66” ride. The attraction is set to have guests join Lightning McQueen and Mater as they tour through the wonders of the iconic Route 66.

Now, Twitter user OutsidEars have shared this press-release image for the attraction, and it looks pretty epic…

The image portrays the impressive rock-face scene known from the attraction’s Studio Tram Tour days, however with the addition of a DINOCO tower, oil pump and a truck, who looks surprisingly happy despite the cascading floods and huge cliff fire.

The “Cars Route 66” attraction was originally scheduled to debut this summer, however this has inevitably been delayed due to the lengthy park closures. Stay tuned to WDWNT for updates on the attraction as it progresses!