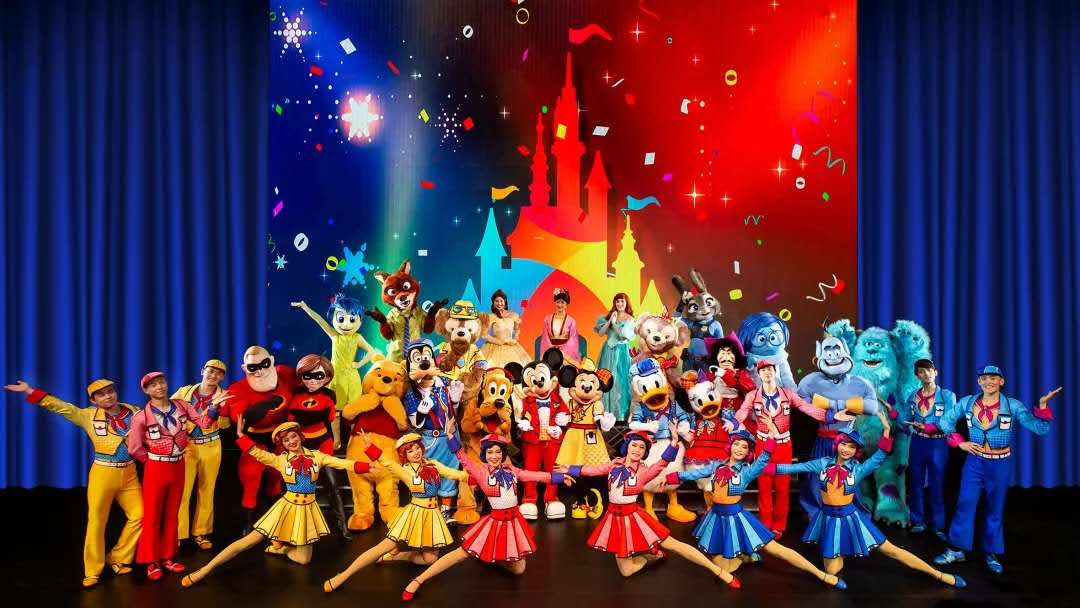 After a successful launch of the Standby Pass system a week ago, Shanghai Disney resort is not only using the Standby Pass not only for “The Many Adventures of Winnie the Pooh” ride, but a slew of attractions and shows, including TRON Lightcycle Power Run, Seven Dwarfs Mine Train, and the new “Disney Color-Fest” show. Following COVID-19 protocols, stage shows have now returned, and what was previously known as “Disney Color-Fest: A Street Party” has now been relocated to the Walt Disney Grand Theatre.

Disney Color-Fest was a stage show that debuted on March 1st, 2019 as part of the “Spring into Color-full” event. Here’s the summary provided from the Shanghai Disney Resort Official App:

“Join Mickey Mouse and other favorite Characters at a sparkling show to ring in spring. You can dress to match your favorite Disney Friend! Match Team Mickey in red, Team Minnie in yellow, or Team Donald in blue! Bust a few moves and learn some new ones! Perk up your ears for some familiar Disney tunes along the way.”

Below, you can watch a full video of what Color-Fest looks like now that it has been relocated to the Walt Disney Grand Theatre:

On Blue Team, we have Donald Duck, Goofy, Sadness (from Disney and Pixar’s Inside Out), Judy Hopps, Sulley, Genie, and Princess Ariel.

Finally, on Team Yellow, Minnie Mouse shows off the color of yellow along with Pluto, Duffy, Winnie the Pooh, Joy, Princess Belle, and Nick Wilde.

In order to watch the show, guests must now make a standby reservation through the Shanghai Disney Resort Official App.

Initially, Color-Fest was actually showing images of Seven Dwarfs Mine Train, hinting at its eventual addition to the standby system.

In order to attend a Color-Fest performance, guests must make a reservation either when the park opens, at 11:00 AM, or 14:30. Here’s the information given from the Shanghai Disney Resort App:

Will Standby Pass be applied to other attractions and shows? We’ll keep you posted, so stay tuned to WDWNT for the latest news.