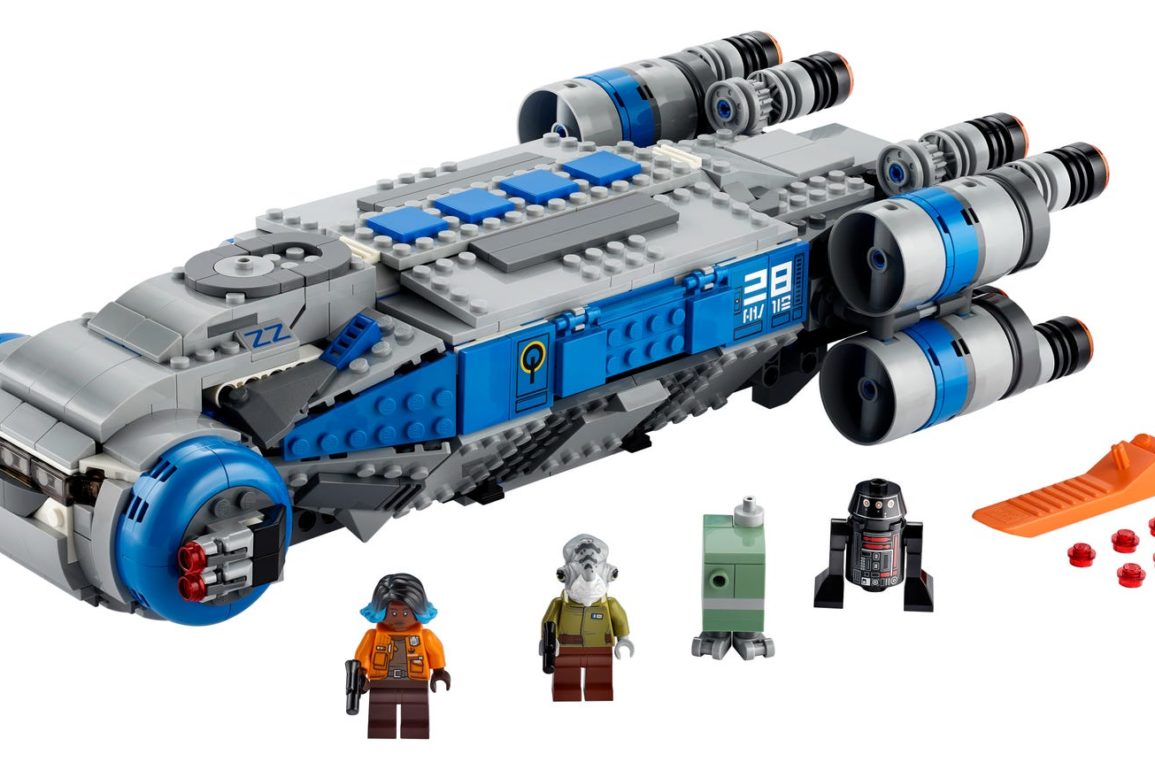 Fans of LEGO and Star Wars: Rise of the Resistance can ignite the spark of creativity with this new set based off of the Star Wars: Galaxy’s Edge attraction, coming this September.

The Resistance I-TS Transport measures over 3” (8cm) high, 13.5” (34cm) long and 6.5” (17cm) wide and makes a striking centerpiece in any room when it’s not being deployed on playtime Resistance missions!

The top of the shuttle lifts off and it has opening sides for easy play. It has a LEGO® minifigure cockpit, cargo hold with space for the droids, plus 4 rotating stud shooters and 4 rear stud shooters for battle action.

This 932-piece construction toy offers a fun and rewarding building challenge for kids aged 9+ and makes an awesome birthday present or holiday gift for any Star Wars™ enthusiast. To be released on September 1, 2020, you can purchase this set for $99.99. Click here for the full listing on the LEGO website.

And if you’re missing Rise of the Resistance, check out our full pre-show and ride POV video: