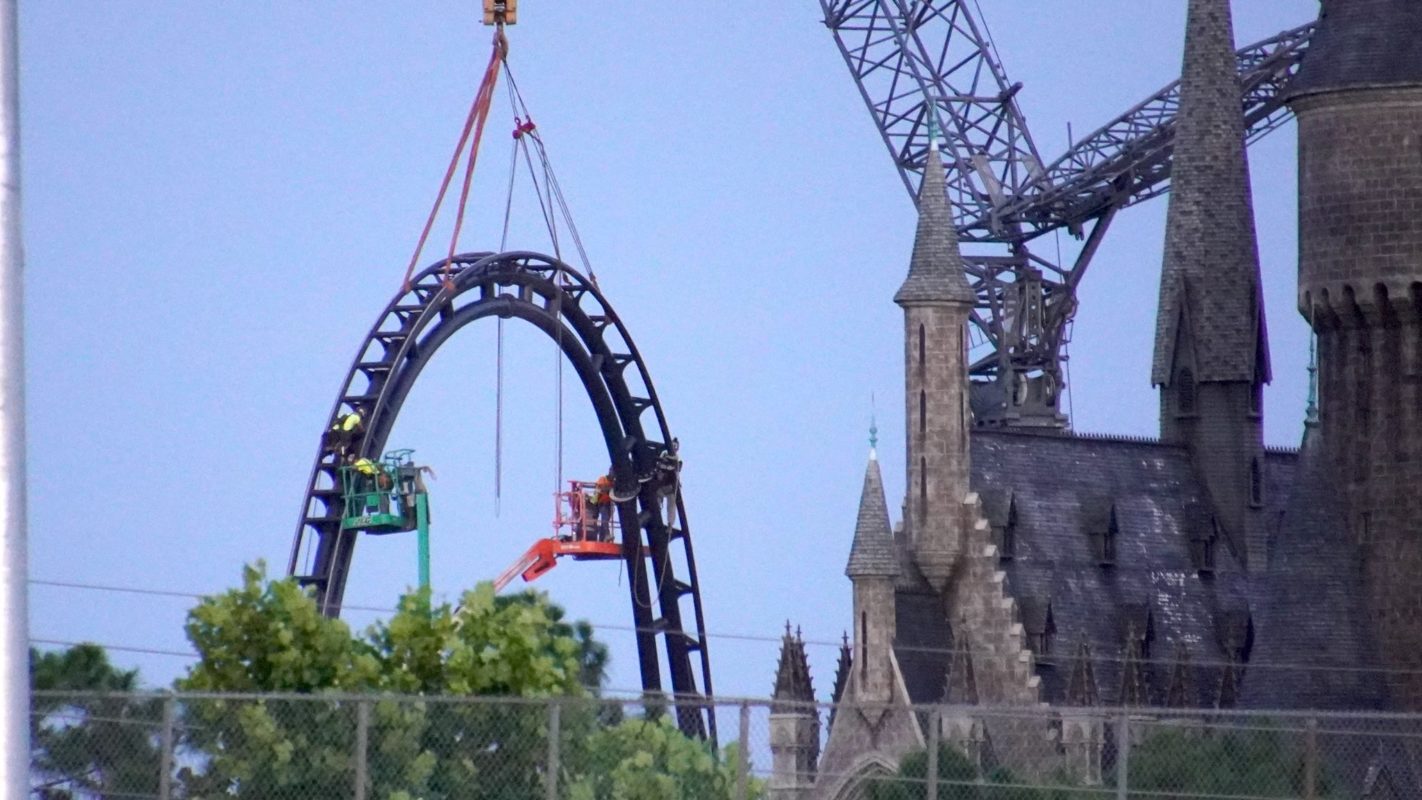 Nature… finds a way. And today, the diligent coaster engineers at Universal’s Islands of Adventure have placed the final piece of the highly-anticipated, frankly intimidating loop of the Velocicoaster, captured in some stunning aerial photos by our good friend, @bioreconstruct on Twitter.

Just yesterday, it was seen that the large, towering crane had been shifted into place to properly lift and position the curved track atop its two side hills.

The two pieces of track were seen almost connected earlier today, with parts of track jutting out from the main triangular bases.

Seen juxtaposed next to Hogwarts Castle, one has a sense of just how high up guests will be launched into the air, gaining air time at speeds of over 70 miles per hour.

The two halves of the track could be seen towering over The Burger Digs.

Here we see them in the same frame as the also newly-installed observation tower.

This afternoon, the final curved piece of track was slowly lowered down and placed over the two connecting ends.

Construction teams then fastened all of the connectors, almost like a giant K’NEX set.

Once completed, the workers were lowered from their lifts. Now, it’s expected that construction will focus on the remaining unfinished track, as well as adding in more themed set elements, finishing off show buildings, and dropping in some dinosaurs for good measure.

As for an official announcement, that’s yet to happen despite the glaring developments in the very heart of the park, ruining site lines for some fans while piquing others’ interests. In time, Universal will announce an official name and opening date for the project on which they’ve clearly spared no expense.