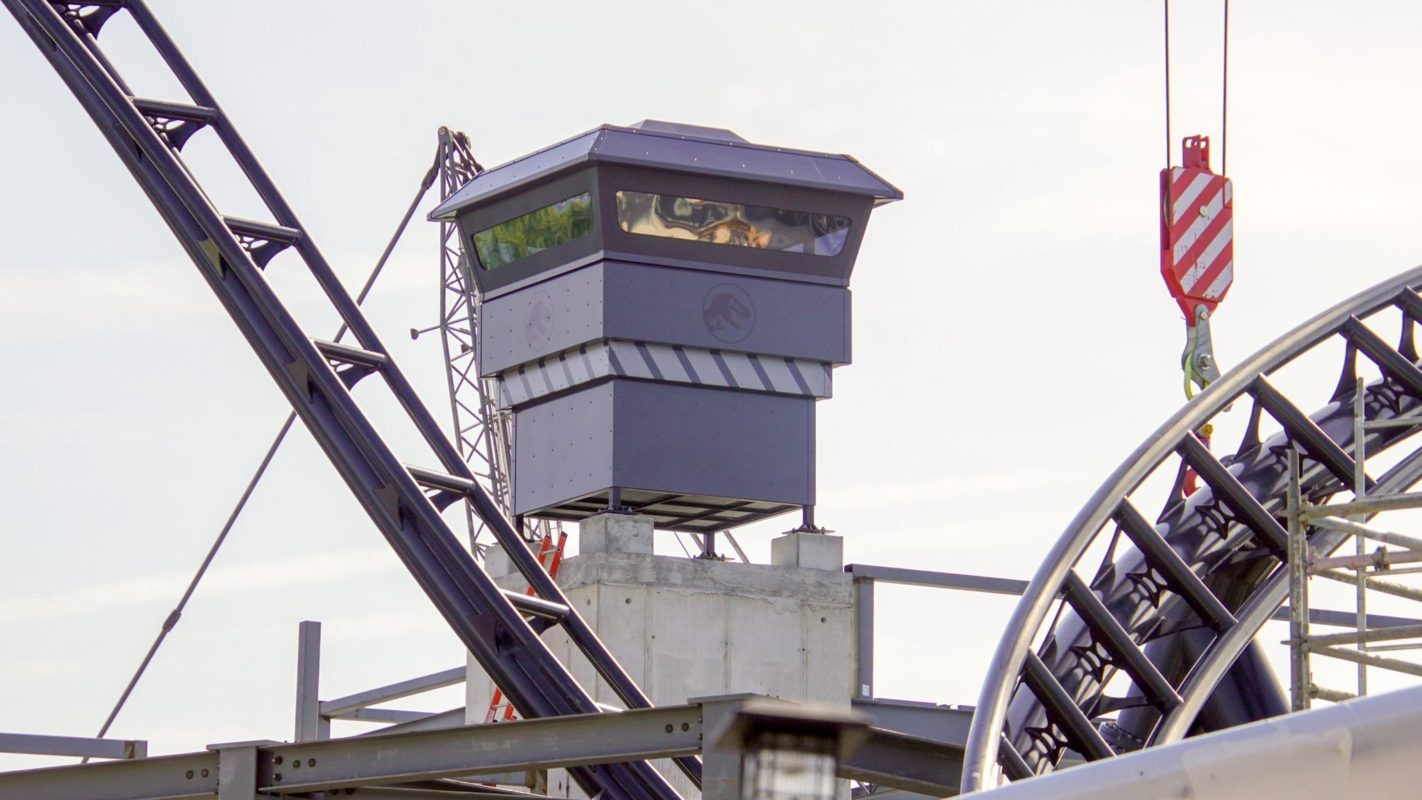 Given the advanced rate at which construction is progressing on the unannounced Jurassic Park roller coaster site in Universal’s Islands of Adventure, we’ll be seeing large set pieces or “T-Rex sized” inversion loops going up any week now. Today marks the addition of a watch tower to the site, captured on camera by our eagle-eyed friend, @bioreconstruct on Twitter.

The watch tower features the grey and blue Jurassic World colors as part of the new theming we’ve seen applied throughout various parts of the land, including the new Raptor Encounter. The tower features a telescoping series of platforms, one striped, one with the Jurassic World logo, and a top section of reflective glass as part of the watch tower.

The set piece has come together over the past few months, starting as just a concrete form atop of a platform.

The watch tower is one of the tallest elements of the coaster, and will loom forebodingly over guests as yet another overly-ambitious dinosaur project goes inevitably awry at the ill-fated Jurassic Park.

Are you looking forward to racing at 70 miles per hour on this new Velocicoaster? Let us know in the comments!