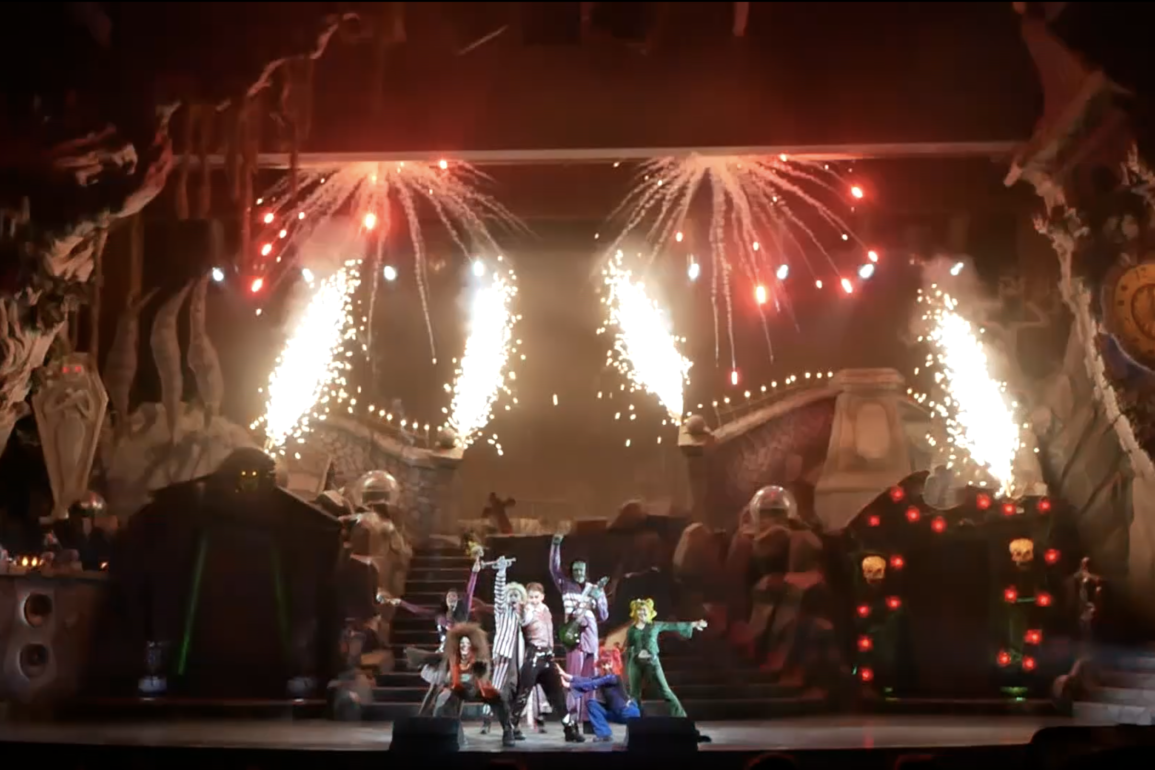 You ever wonder what it would look like if Beetlejuice, Dracula, Werewolf, and Frankenstein all came together to put on a rock n’ roll revue? Well wonder no more, because Universal Studios Japan has made this dream (or nightmare) a reality!

Around since opening day in 2001, the Universal Monsters Live Rock n’ Roll Show is essentially the same as the earlier iterations of the former Beetlejuice’s Graveyard Mash-Up from Universal Studios Hollywood and Universal Studios Florida. In fact, it’s essentially the same show as the version that played in Hollywood from 1995-1999, and Florida from 2002-2006! It’s a rather strange show to this day and could probably use a refresh with some updated songs, but it’s still a fun time capsule of 80s and 90s rock. Ready to watch? Just click the video below and let your journey begin!

It’s weird, isn’t it? I still can’t come up with how I feel about this show, in all honesty. Perhaps you have some thoughts? Why not let us know them below or on social media!