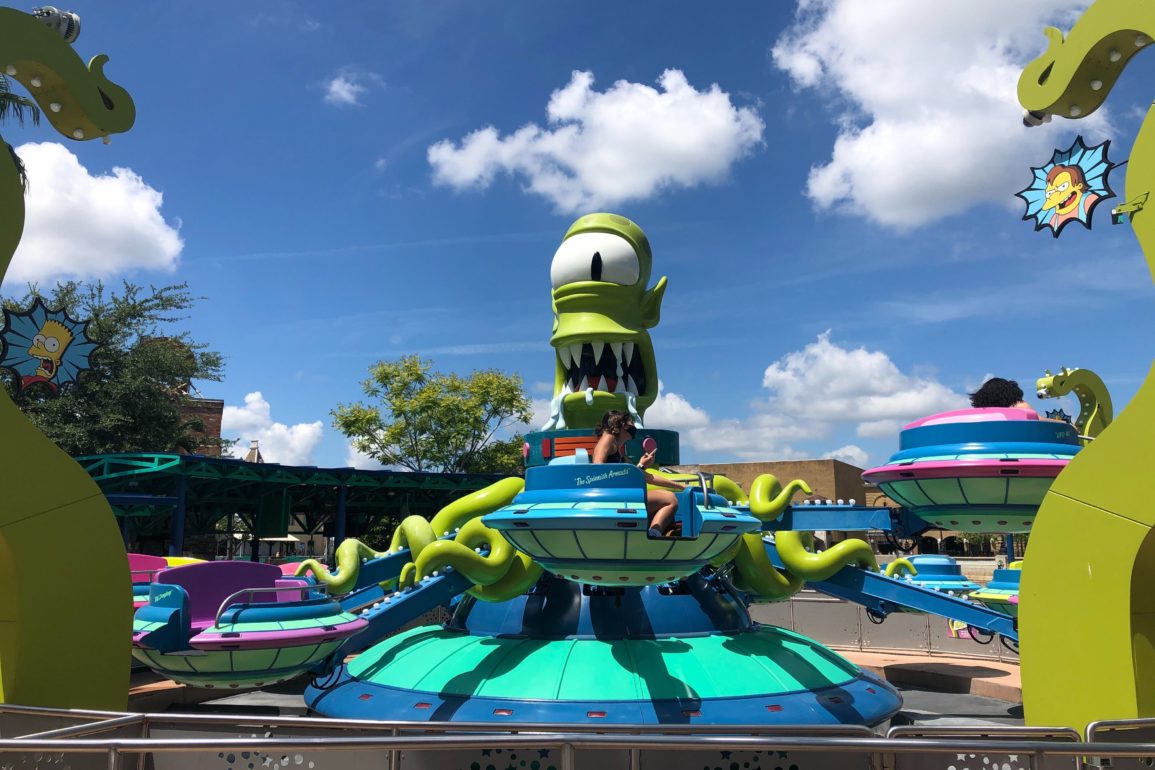 It looks like we’re in for a busy weekend here at the Universal Orlando Resort. As we make our way into the parks, we spotted another quick and convenient breakfast offering is now available in CityWalk.

The Coca-Cola Icon Cart is now offering breakfast again, so if you’re tired of Cinnabon and looking for another option, they’ve got you covered.

Our first stop of the day is to the Tribute Store at Universal Studios Florida. Inside, we discovered two different Halloween Horror Nights face masks and 4 new magnets. The magnets are $8 each and match the previously released merchandise.

Of course, we grabbed both of the HHN masks to match all of our different “30 Years 30 Fears” merchandise. ‘Tis the season.

Trees have been planted along the street by Shrek 4-D and Despicable Me Minion Mayhem. They add a lot of beauty to the area and a little extra shade.

Ben & Jerry’s has reopened, although they have a very limited selection of ice cream available at the moment.

In Diagon Alley, we noticed a lot of the social distancing sticker residue has been cleaned up. It looks like they’re working on it, and it already looks so much better.

While investigating sticker residue, we spotted a little hidden surprise. A wand has chosen us! A family has created homemade wands and left them around with notes for people to find. The note said we could keep it or hide it for someone else to find, but we’re definitely keeping it.

Not much longer before Kang and Kodos’ Twirl ‘n’ Hurl closes temporarily, so get your spins in while you can.

On our way to Islands of Adventure, we passed through CityWalk and noticed that a merchandise kiosk near Voodoo Doughnut has been stocked with Halloween Horror Nights merchandise. If you’re not going to have a chance to make it over to the Tribute Store, this is a great way to pick up some of the merchandise.

At Islands of Adventure, we stopped into the Navigators Club, expecting to find UOAP exclusive Ahi Tuna Nachos. Unfortunately, there was a mistake and the current offering is a Grilled Sausage and Penne Marinara.

Checking in on the progress of the unnamed coaster in Jurassic Park, we spotted some plants that have been added along the rock structure. Be sure to check out our next full update on “Velocicoaster”.

The entrance to Hogsmeade is so much less crowded now that Hagrid’s Magical Creatures Motorbike Adventure is only offering standby.

Inside the land, we find a long line for Three Broomsticks. It’s times like these that we appreciate the UOAP exclusive dining areas.

The crowds are picking up, so that’s all for this visit to Universal Orlando Resort. Be sure to keep following Universal Parks News Today for more updates.