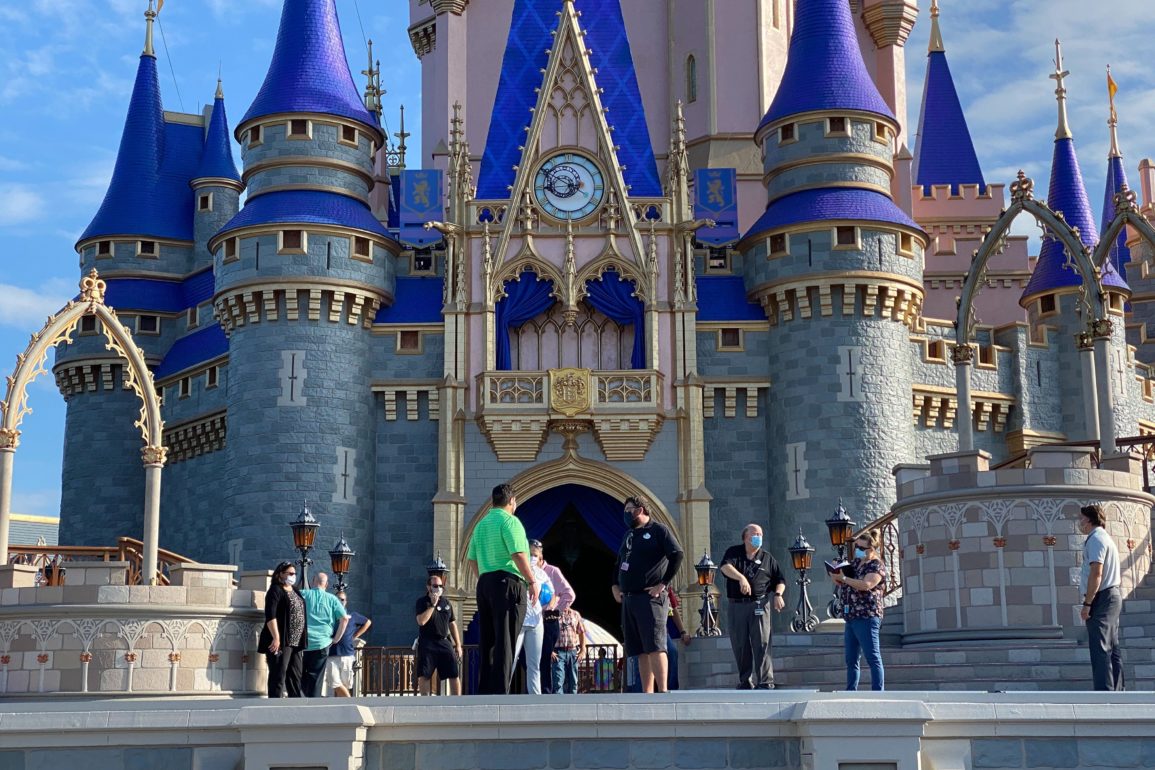 The re-imagining of Cinderella Castle is speeding toward completion at the Magic Kingdom, with some major changes happening at the construction site.

As we passed by the castle, we spotted a gathering of important Cast Members discussing improvements to the stage, drywall, and stairs.

The castle stage is commonly used for stage shows. Hopefully, the refurbishment will make a better venue for performers.

Meanwhile, in the moat, the “high-reach” equipment is gone, with little evidence of construction remaining.

As we move to the other end of the castle, we can see how the the blue turrets catch the morning sun, giving it a bit of a shimmer.

A stack of cinder blocks remain underneath the bridge.

With most of construction equipment gone, it appears that the moat should be refilled soon.

Near the bridge to Liberty Square, scaffolding remains erected.

Finally, we took a close look at the gold accents on the castle.

The months-long refurbishment is nearly at its end, showing a brand-new look for this Magic Kingdom icon.

Keep reading WDWNT for continuing coverage of everything happening at the Magic Kingdom!