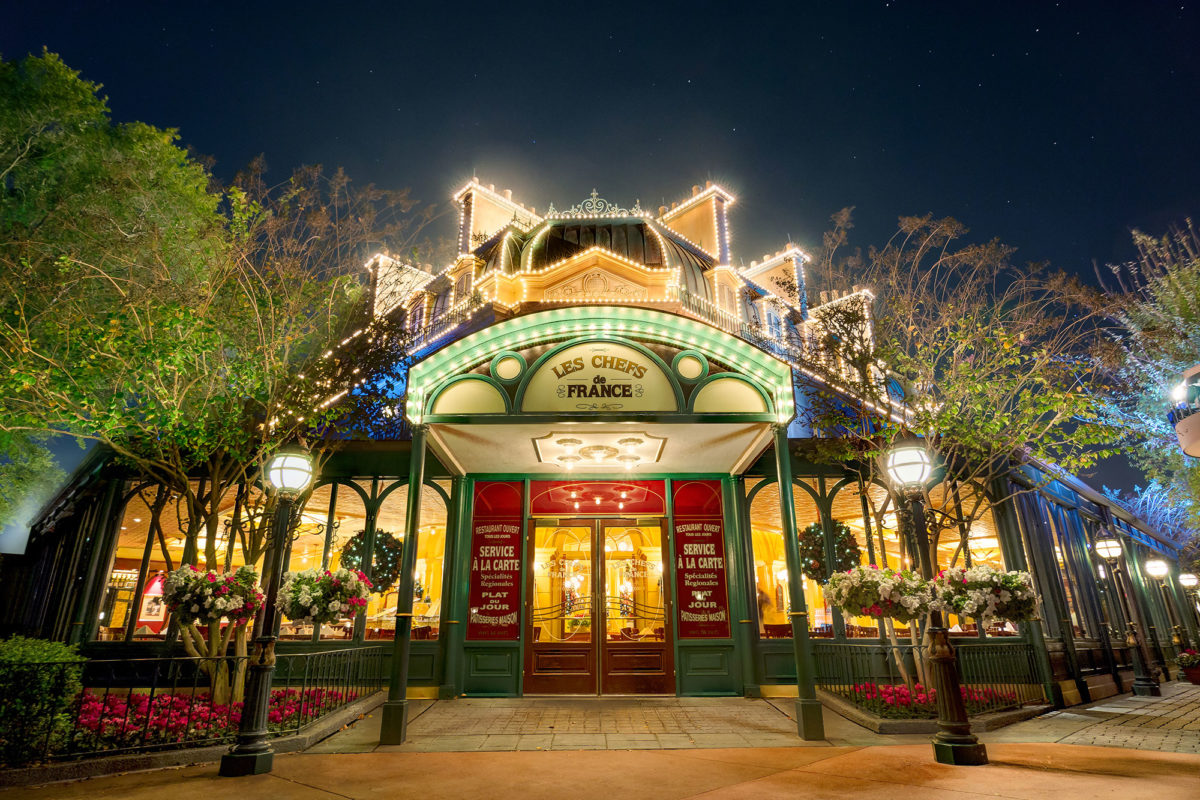 In light of a recent piece on the retirement of Executive Chef Bruno Vrignon from the France Pavilion at EPCOT, a number of questions arose on the status of two beloved restaurants: Chefs de France and Monsieur Paul. With Disney’s Cultural Representative program temporarily suspended and so many staff and servers back home in France, would the restaurants be able to reopen?

Eric Weistroffer, Executive Director for JBI, LLC. has reached out with a statement clarifying that both Chefs de France and Monsieur Paul are expected to reopen, but no official reopening date is known as of yet.

Also, the pavilion looks forward to the grand opening of La Creperie de Paris, which is still set to open with Remy’s Ratatouille Adventure as part of the new France Pavilion expansion.

We look forward to once again dining at Chefs de France and Monsieur Paul, and cannot wait to try the delights that await us at the new La Creperie de Paris!