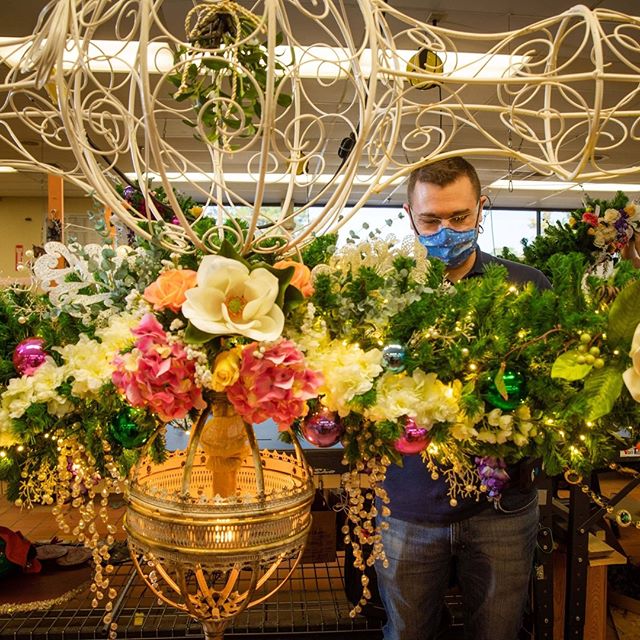 Cast Members in the Holiday Services department work on decorations for the entire Walt Disney World Resort. This can involve creating faux flower garlands, painting ornaments, and building other props.

Even holiday elements that are reused every day need to be fixed up after before a new holiday season.

Special holiday experiences will begin on November 6 at Walt Disney World. These include character cavalcades, appearances by Santa Claus, and performances by the Main Street Philharmonic at Magic Kingdom.

There will be a modified Christmas Tree Trail at Disney Springs. Minnie will be hosting a dining experience at Hollywood & Vine at Disney’s Hollywood Studios.